By 2022, if you're not familiar with the dad-ification of fashion, we cannot help you. We've done the Adam Sandler style round ups and the Larry David tributes, we've called everyone from Willem Dafoe to Jeff Goldblum Zaddy. Fashion entered its father figure era years ago, and on the cusp of 2023, we still can't predict that dad style is going to be sent packing anytime soon.

One can distinguish dad style by a simple and efficient rhetoric: if your own, or anyone else's dad has worn it between the 80s and now, it's probably going to be considered quite trendy. The key players of the famed dad aesthetic? Include but are not limited to: New Balances or any very comfortable walking sneaker, sweater vests, button downs, giant pants (jeans, cargo, or otherwise), worn in cotton caps, and an obsession with being early to everything. If Jerry Seinfeld comes to mind, you are en route to trend-town.

Generally speaking, trends come and go in the span of a couple of years, but dad fashion? It appears to have planted itself so firmly in the zeitgeist that Mariam Webster has been forced to define the term Zaddy to the world. C'est La Vie I suppose! People must stay informed. It does force us to think, however, about why dad-core has lasted so long, and through so many cultural shifts, especially in an era where trends move at the speed of light and TikTok's vortex of micro "aesthetics" come and go as frequently as I check my phone. Not Larry David's covetable style, though. Many have hypothesised that dad-core is the new normcore, which adds up, considering it is an achievable and accessible trend for the masses to adopt or ironically adopt, as is the way with the normcore mindset, but it could also be chalked up to ideas around comfort, and our collective move towards less binary expressions of getting dressed.

As we exit the throes of the pandemic and turn away from our exercise tights in disgust, we are met with both the challenge of comfort and style, and somehow the Dads have been getting it right all along. I'll point out that this is no new phenomenon, but amid the micro minis and corset tops of today, it's important to point out that dad fashion (and New Balance's revenue streams) is still alive and well. It would seem dad-core survived the great vibe shift of 2022.

Perhaps its survival can be credited to the very thing that brought it into our current fashion lexicon in the first place: durability. There is a reason that dads like a sturdy running shoe and a well made pair of slacks, and it's not because they have always been a hot ticket on the runway, it's because they are made to last because dads have places to go and it's certainly not to the mall. From a silhouette perspective, on the other hand, it's unlikely one will look back at their outfit comprised of a classic Levis jean and a vintage blazer and feel the same kind of colossal cringe we are all going to feel in another two years when we look back on our fervent attempt to bring the worst parts of Y2K back to virality (which we love, btw, but the future cringe is almost certain).

So yes, perhaps dad fashion has transcended the realm of alternative cool masc and landed in the camp of Gen-Z normie who is trying to find their style (Hayley Lu Richardson's, character, Portia, in The White Lotus, is the perfect example of this), but according to from recent collections from the likes of Bottega Veneta and Miu Miu (AKA Miuccia Prada, one of the most influential people in modern fashion history), dad core will be with us in the new year after all. 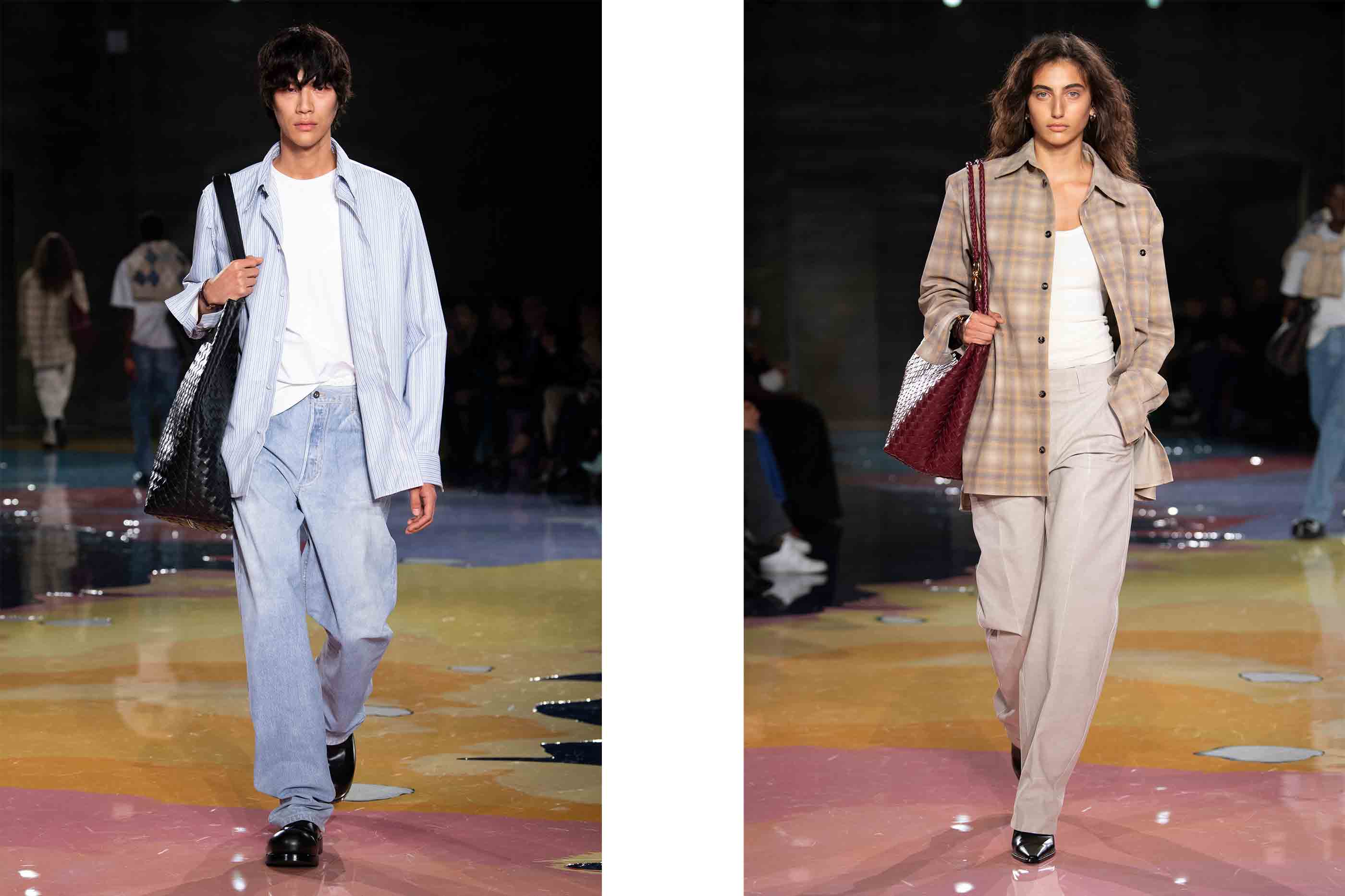 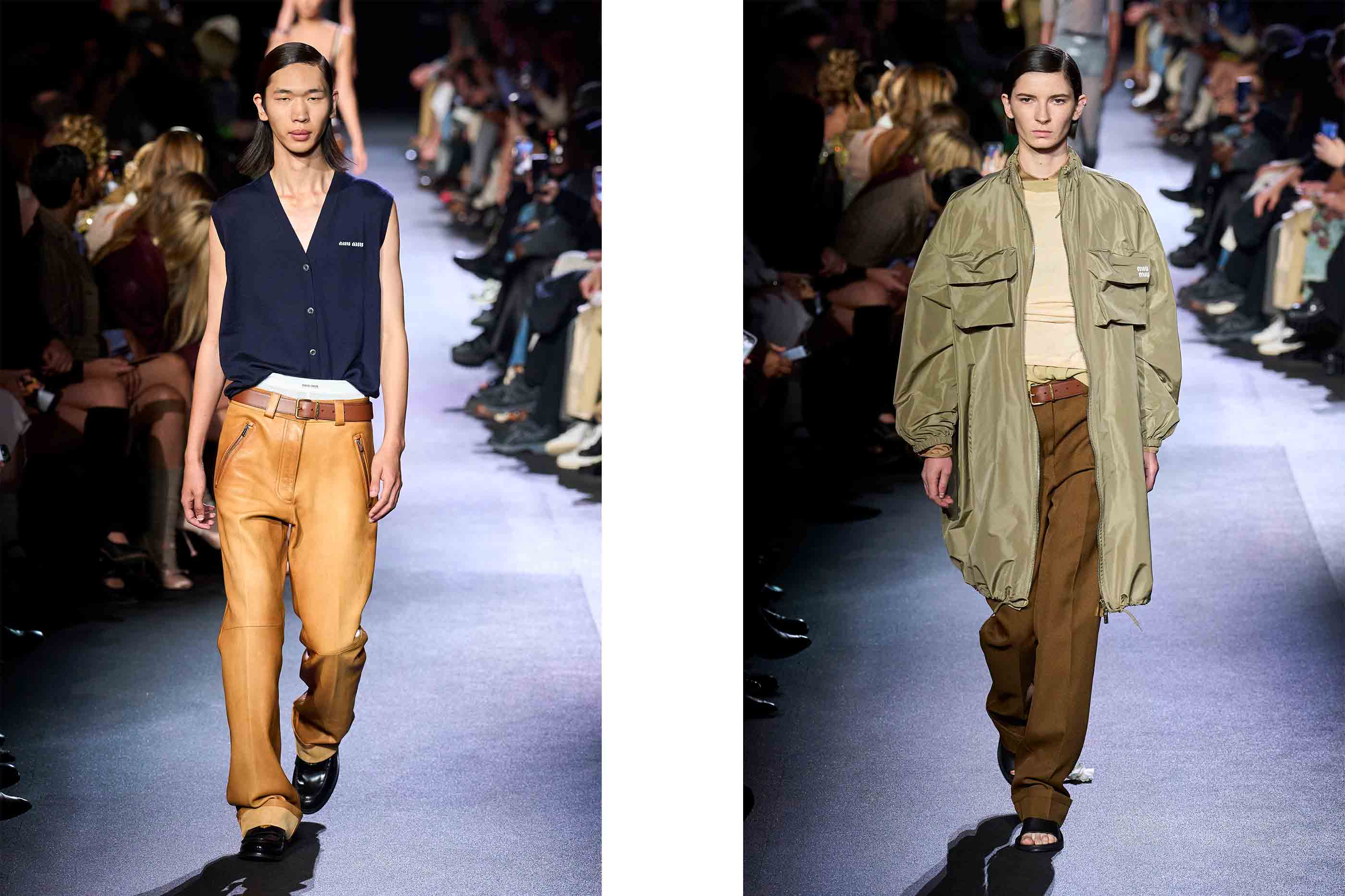 PREVIOUS
Cartier taps Vanessa Kirby as new House ambassador
NEXT
Strike! Gucci and Parcels take us out for an evening of bowling in our 'Euphoric' issue