Cloudy Rhodes wants people to feel seen and safe when witnessing their films. A sentiment which is unsurprising if you've been lucky enough to experience the filmmaker and directors work. Hailing from Sydney and having graduated from Steiner school, creativity has been a constant in Rhodes world.

"I was always being creative. I think it shaped the way that I see the world," they tell me. Rhodes made their start through photography, capturing moments that people would often say looked like film stills. It wasn't until they felt they had more to say that they turned to filmmaking, a medium with more room for the kind of storytelling that Rhodes is interested in telling.

"I got an email from Justin Kurzel who's an amazing Australian director. He'd come across my photos and told me that I should make a film. So, I feel like that was the moment where I was like, 'Okay, I'm gonna do this, man.' I'd thought about it. But it just sort of didn't seem possible. I think I got frustrated. I felt like I had more to say," they explain.

Centred around queer stories often about love, Rhodes has grown into the responsibility of telling such stories, and it's no wonder why they are so good at doing so. Their own experience as a queer, non-binary creative has shaped the way they view the world as it translates into work. This, coupled with their magnetism - to be witnessed in the most laid-back of ways - instills a certain sense of trust in their subjects. The result, is films that make you feel like you're underwater, witnessing something still, unique, and momentous. Threads of resilience permeate their work, an ode to authenticity and what it means to be queer today, with the intention of creating a safe space for viewers to both understand and reflect on. Here, Rhodes talks about their inspiration, their fears, and the mark they'd like to leave on people. 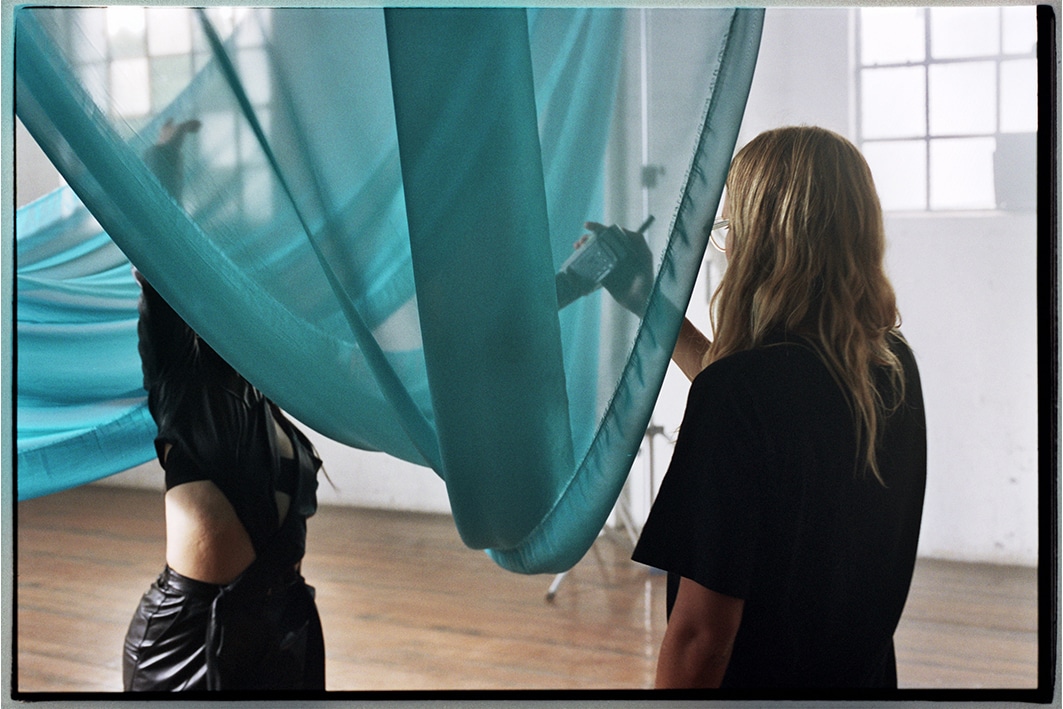 What gets you thinking at the moment?

I watched Call Me By Your Name again the other night. That always makes me want to make films.

When we're talking about inspiration, you've had a relatively public journey with your identity. How does that intersect with the themes that you work within your work?

I feel like the journey for so many artists at the beginning is telling your own story. And wanting to be seen, I guess. My inspiration to make films started by just wanting to understand myself and tell my story. But then through the reaction to that, I realised what I was doing was affecting people.

When did you start making a bit more of a political statement in your work?

The first film that I made ‘Lo Loves You’ when I was 22 was a queer love story.  I didn't really think it was in any way political but just what I know. I remember that came out and I got an Instagram message from a young girl saying, ‘I watched your film and I've now had the courage to come out’. I feel like after that I was like, ‘Oh, fuck, I need to keep doing this.’ Now it's a big motivator for why I do what I do.

Does it feel like it's quite fundamental to you a as a filmmaker to tell stories about identity and the LGBTQI+ community ?

Yes. I think I’m also really drawn to the organic things, the body, sensuality, our relationship to nature but all through a very queer lens, and then I think I'm just obsessed with love. Regardless, you know what I mean? That’s what interests me. Those are the films I want to watch. Those are the books I want to read. The only time I don't fall asleep in a film is if it’s about love. It's super important to tell those stories. It's the thing that motivates me most. Especially when I'm like, ‘Oh, what the fuck am I doing with my life?’ Knowing that I'm telling queer stories and giving a voice to people brings me back. 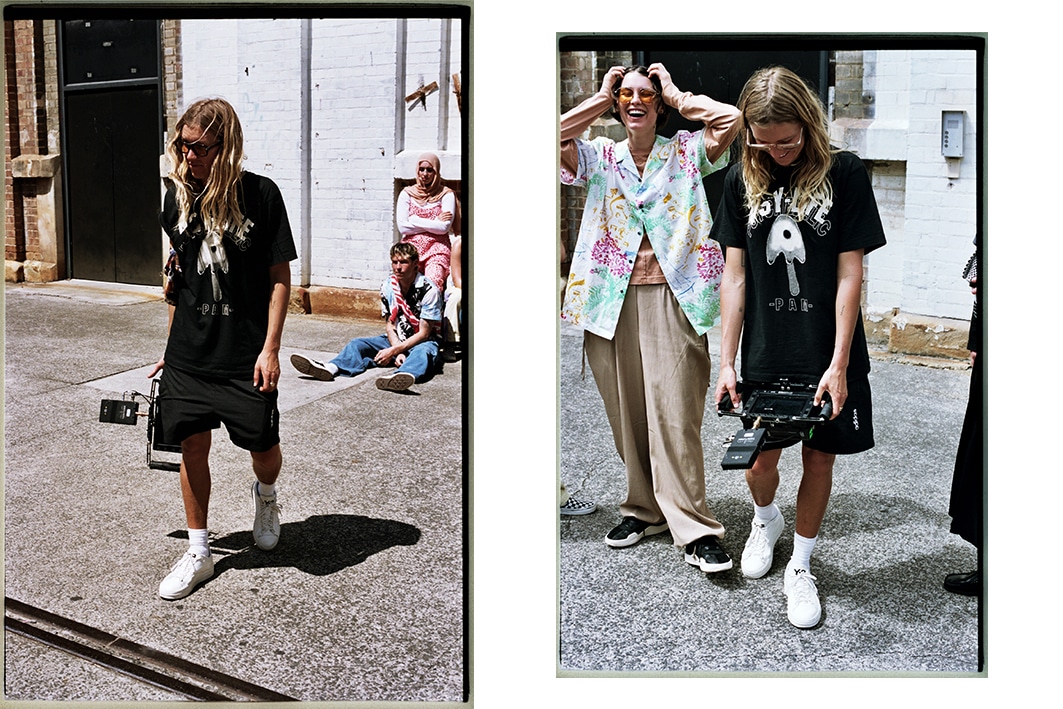 Do you feel a responsibility when telling these stories?

Yeah. Though I tend to just tell variations of my own story. My first films were about queer love. But as I’ve grown into myself as non-binary my work has become more and more about gender. I feel like now I have responsibility tell non-binary stories and to try and move beyond the binary with my films, show people there's more ways of looking at things and give people a bigger scope of understanding about what it looks like.

Whenever I'm making stuff I think about kids, young queer kids might be watching it, and I think about the effect that will have, and I think that's why I try and tell such positive stories. That’s why my work is so pretty, because I want it to feel like this queer utopia that could be possible for young people.

Do you feel like your work serves as a type of reprieve from a lot of the trauma that happens in the community?

Yeah, it is. Growing up, there were so little queer stories told, but when they did exist, they were so often tragic. So, I want to offer up something that's the opposite to that. I want queer kids to find refuge in watching my films.

Our current issue is themed courage. What makes you feel courageous?

I guess being so public in my non-binary identity. Pushing that has probably taken more courage than anything else. People kind of know now what being gay is or whatever, but being non-binary is still quite new, well, it's actually ancient but you know what I mean. Sometimes I feel it would be easier to just not, but I feel like it's important to be brave enough to so it makes it easier for the next generation.

When have you had to be the most courageous?

I guess coming out as non-binary is the main thing, or just like, some environments feel more scary than others, and sometimes those are the times when it's most important for me to speak up.

What has been the most pivotal moment of your career so far?

The film that I've just finished, 'Beautiful They', it's not out yet, but getting to make that feels like everything I've been wanting to do in a film. It's basically about the refuge found in being seen in my gender identity and its a love story.

So it's quite personal.

Are you afraid of anything?

I’m actually scared of the dark. I guess I'm scared of people more than I am of other things. I'm not scared when I'm out in the ocean or in extreme situations like that.

And what's your idea of success?

Just really moving people through my films. I think having people come out of the experience feeling moved in some way. That matters more than having a film in Cannes or something. If I knew that my films were having a positive effect on people, I would feel successful.