Vitamin C for Celine. As soon as the needle was dropped on the vinyl of Vitamin C by Can for the Celine SS22 show, Baie des Anges, it was clear that the collection would be as sun drenched as the soundtrack.

On the coastline of Nice as the sun beat down on the Riviera, a Celine branded cruise ship cuts through the Baie des Anges (Angel’s Bay) and the Promenade des Anglais (Walkway of the English). We catch sight of the iconic Le Negresco hotel, where on its famed pink dome, the name ‘Celine’ replaces the hotel’s own name in honour of the show. Inside, faceless models wearing sequinned floor-length gowns have their exposed backs turned towards the camera. Outside, the show begins. 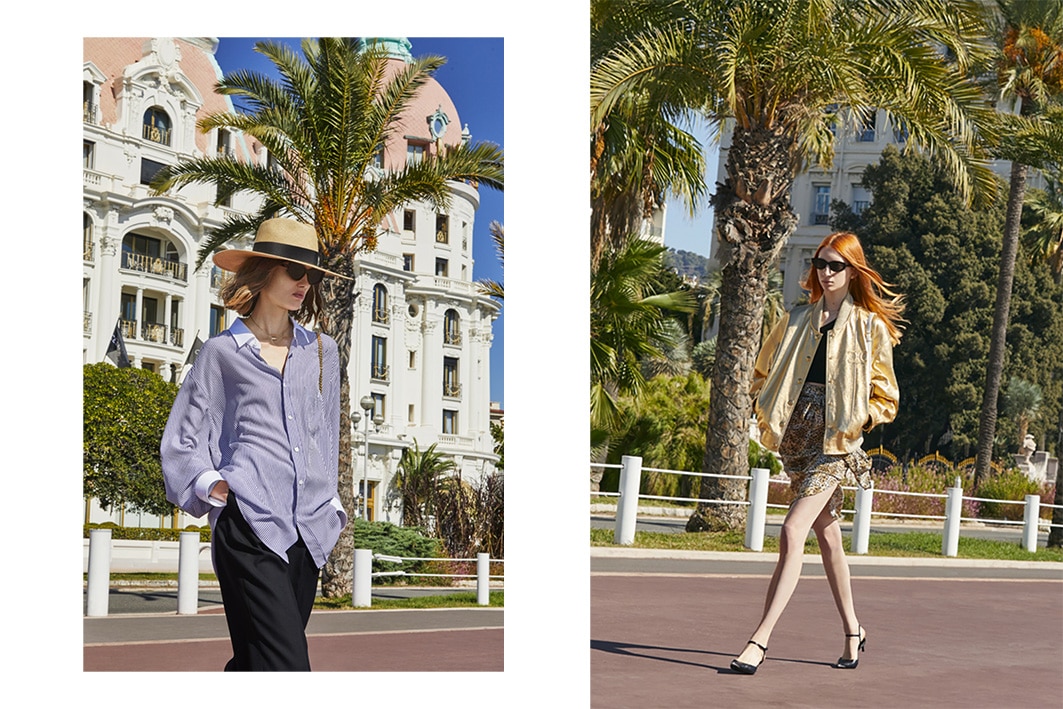 Classic striped shirting and tailored pants open. A nod to signature french dressing throughout the country – breezy, lazy, and effortlessly sexy with dark glasses and knife-like boots with slanted cuban heels and pointed toes. To follow, it's all jeans and crop tops with strappy sandals and statements jackets - some sequinned, some leather - all with embellished gold military-style buttons. Logo embossed handbags are worn slung loosely over the shoulders, while baggy hoodies are layered underneath oversized bombers and trench coats. 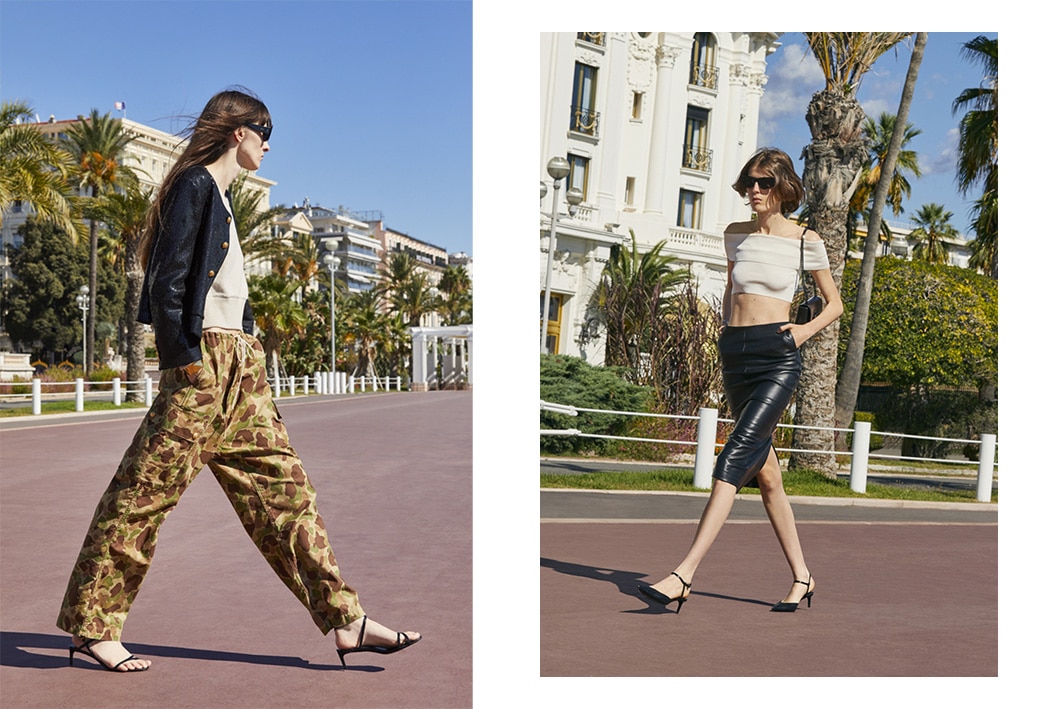 For the more refined, creative director Hedi Slimane offers sheer blouses, soft leather two-pieces, plush cardigans, and fluid tailoring. Sensibility meets summer glamour with long embellished dresses, some with structured bodices and drop waists that billow out with peplum-like volume, others, clingy, sinewy, shimmering like scales with every move along the coastline.

A hypnotic rhythm is reached, as Vitamin C blares on and the sun, slowly setting, beats down on Slimane's muses, shots of which are intercepted with blacked-out video portraits of House faces like Kaia Gerber and BLACKPINK's Lisa. 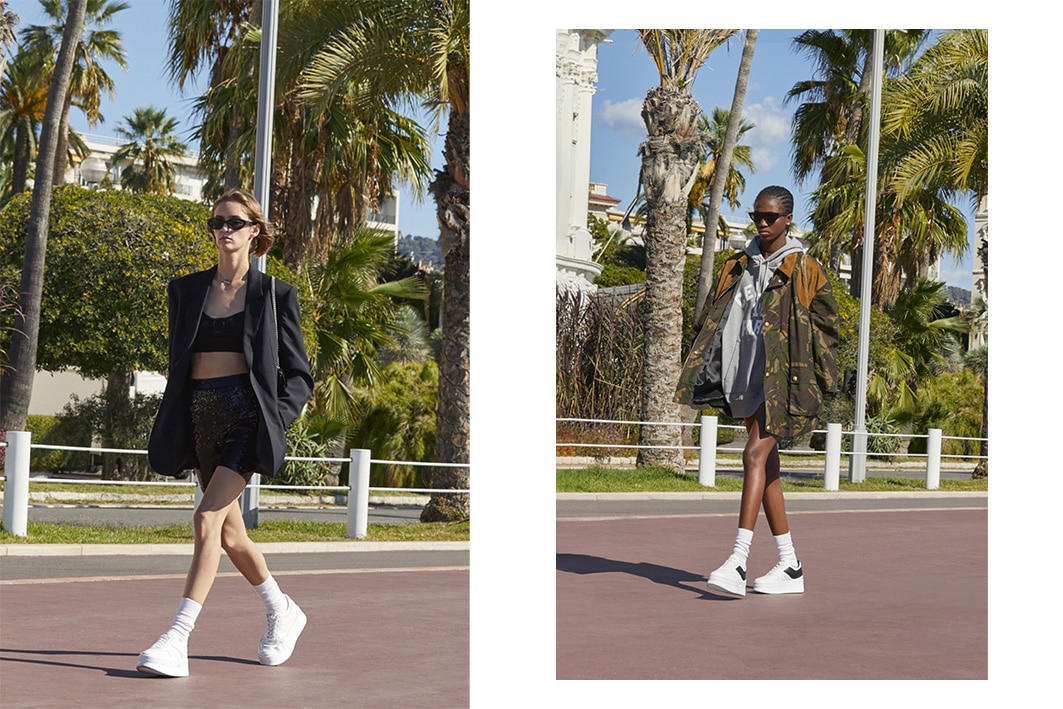 In Slimane's world, a blending of the beat is often met through the blurring of genres, and under the summer sun, nothing feels more symbiotic.

Watch the show, below. 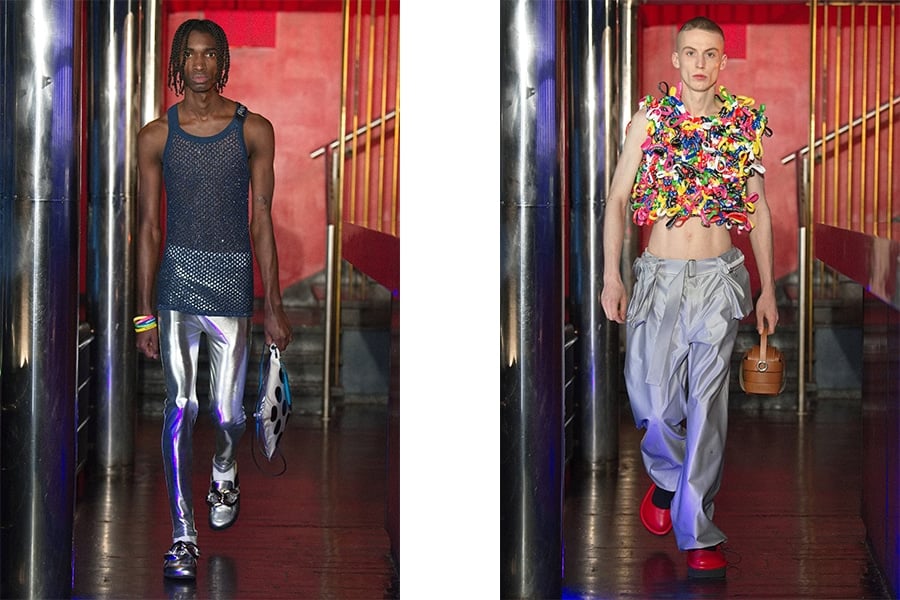 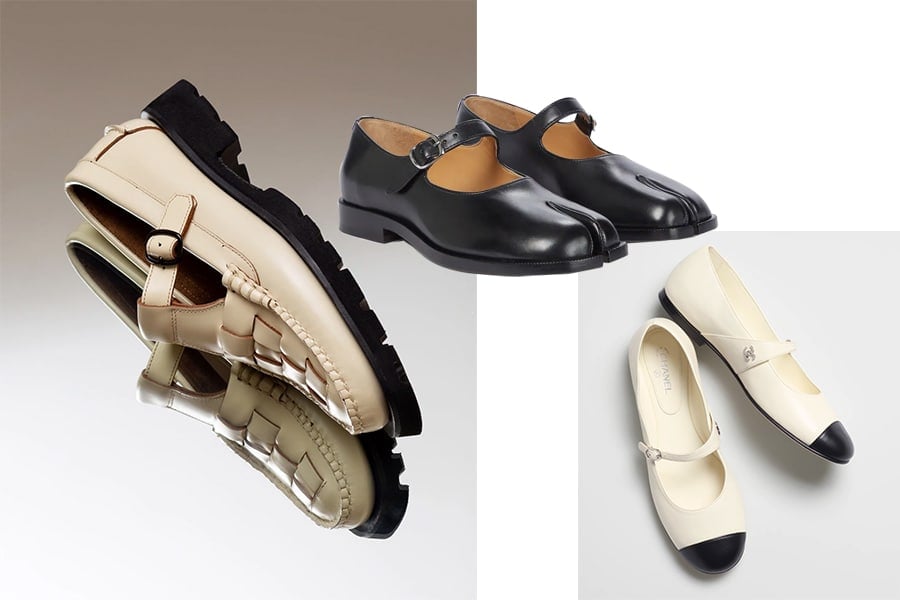 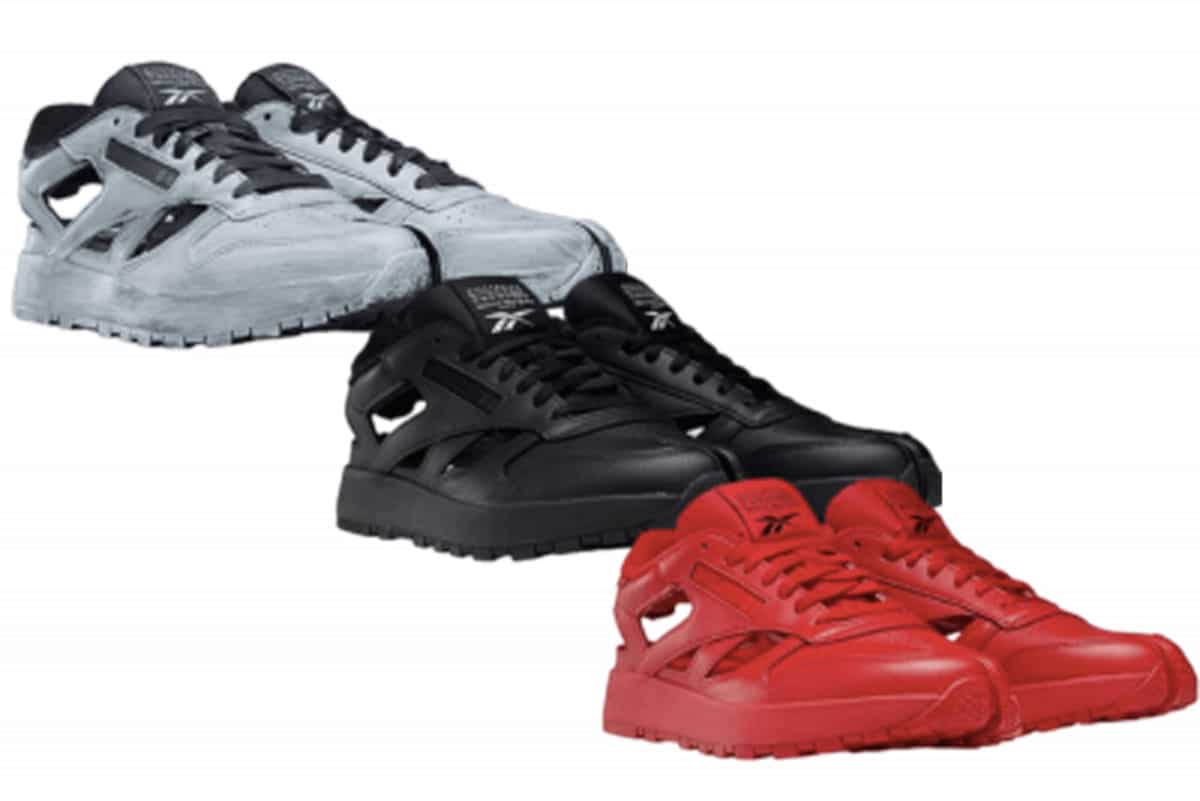