The Italian region of Veneto is most popular for its floating capital city, Venice. It is also the birthplace of Bottega Veneta, making Venice the spiritual home of sorts to the luxury Italian brand. You only have to float past the Basilica di Santa Maria della Salute to see a billboard of one of the brands latest campaigns to know this. In honour of this connection, Bottega Veneta will act as a facilitator of cultural exchanges that mirror the brands key sentiments through four events held in the heart of Venice.

With the roots of the brand belonging to the same history as the city of Venice, Bottega Veneta is pledging its commitment to the floating city in an ongoing way, following in the footsteps of the principles of Matthieu Blazy's debut collection. 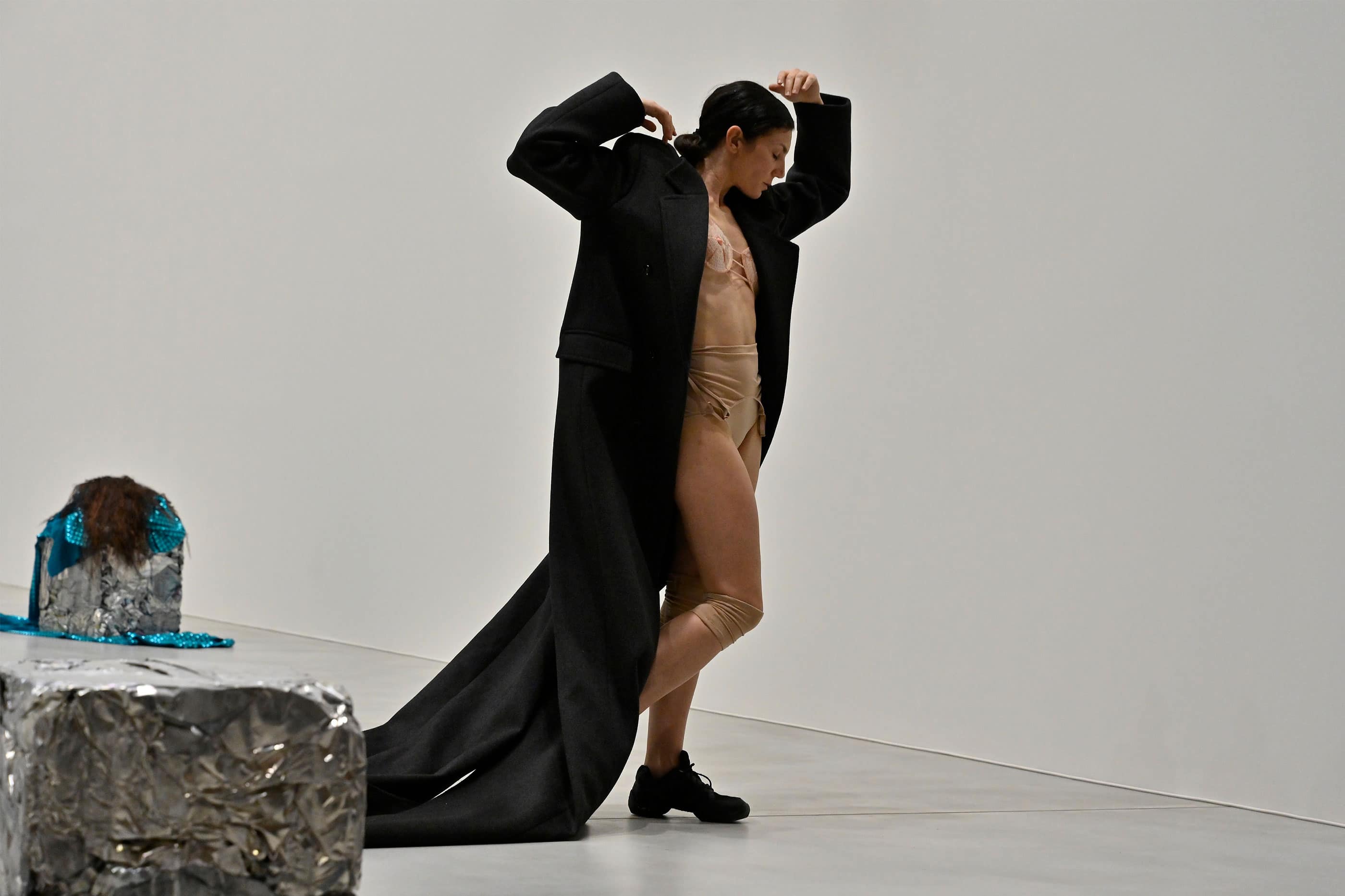 For the first activation, Bottega Veneta has partnered with Palazzo Grassi Punta della Dogana Pinault Collection to support Dancing Studies, an exclusive set of performances by choreographer William Forsythe, Lenio Kaklea, Ralph Lemon and Pam Tanowitz, inspired by the exhibition Bruce Nauman:Contrapposto Studies, on show until November at Punta Della Dogana. These works explore the pose ‘Contrapposto’, a term in classical art that refers to a twisted standing figure, with the upper and lower body turned in opposite ways – in search of balance. Matthieu Blazy will design the costumes for these performances, which have been choreographed by Lenio Kaklea and Pam Tanowits. The partnership is celebrated in Venice on Thursday 21 April with a performance by Lenio Kaklea followed by an intimate, seated dinner of 50 guests.

For the second event, the Bottega Veneta store in Venice will debut a capsule collection inspired by Olivetti typewriters, captured by the iconic interiors photographer, Francois Halard, at the Olivetti showroom, which has been designed by architect Carlo Scarpa. The showroom was created to both showcase Scarpa’s talent and the beauty of the typewriters themselves, offering a limited edition of 15 bags as an homage to the sentiment of multi-dimensional design.

Thridly, the first imagery under the creative direction of Matthieu Blazy will be presented in Venice with a billboard placement from April 15-30. The OOH is on the apse of Chiesa San Geremia which faces the canal. The fourth iteration of activations will come in July, with the announcement that Bottega Veneta is an official partner of Biennale di Danza in July for the second year in a row. The partnership helps to fund the Biennale College Danza, supporting emerging talent through the partnership.

PREVIOUS
There was only one way to go from the sex-surge of 2021's trends, and it's in the direction of the Coastal Grandmother
NEXT
Saint Laurent's latest Rive Droite release includes surfboard coffee tables