Somewhere between reading novels and doom-scrolling Instagram, the coffee table book arrived. Bound between two hardbacks emerged a filing of photographs and images that spoke words of their own, and since, have planted themselves firmly on our shelves as cherished mementos of style and culture. Amid a global pandemic and lockdown restrictions that have spanned almost a year, getting off the internet feels imperative, as does constantly freshening up our spaces so we don't spiral into the abyss. From Patti and Robert, Kate and Mario, below we are rounding up our favourite coffee table books where sentimentality lies in the foreword and the images speak of a time of exploration. 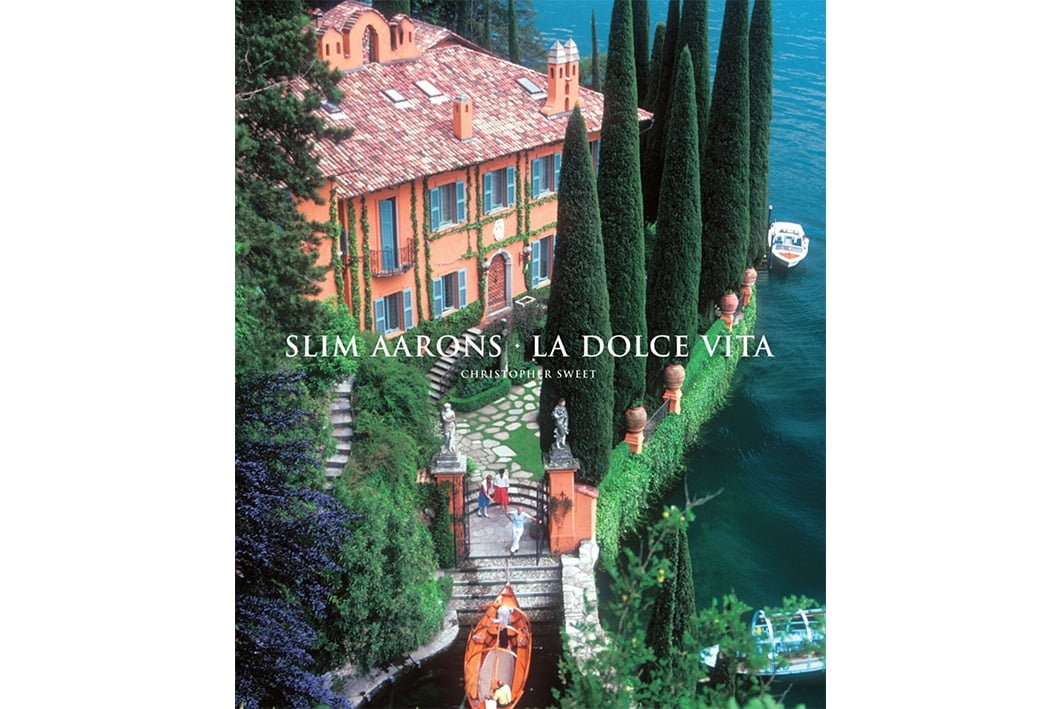 For those wanting to get away. A romantic and glamorous account of the years spent visiting Italy over the course of his entire life. otherworldly aerials of the Sicilian countryside, intimate portraits of celebrities and high society taken in their breathtaking villas, "the good life" is thoroughly captured in La Dolce Vita. 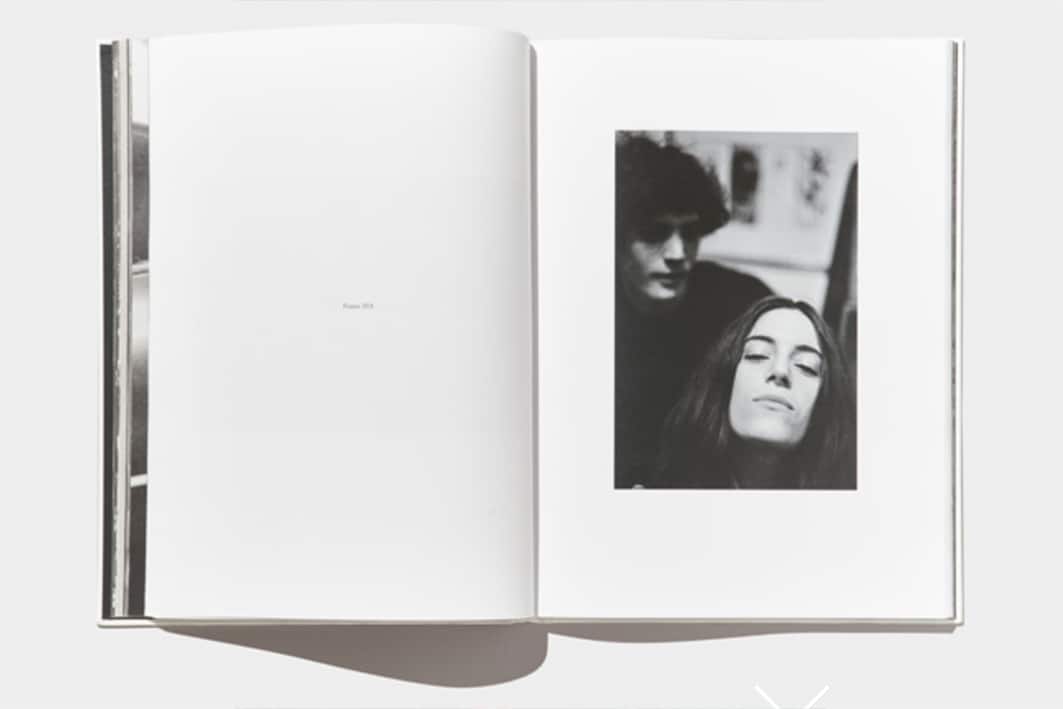 DESIRE by Lloyd Ziff captures Smith & Maplethorpe's first photoshoot together in 1968 at their shared apartment in Brooklyn, and again in 1969 at Ziff's apartment in Greenwich Village. Documented as a pair, Ziff's imagery captures intimate and earnest moments between the two from an unpolished lens. Before just kids, the enduringly desirable unspoen language between them is immortalised in Ziff's photographs. 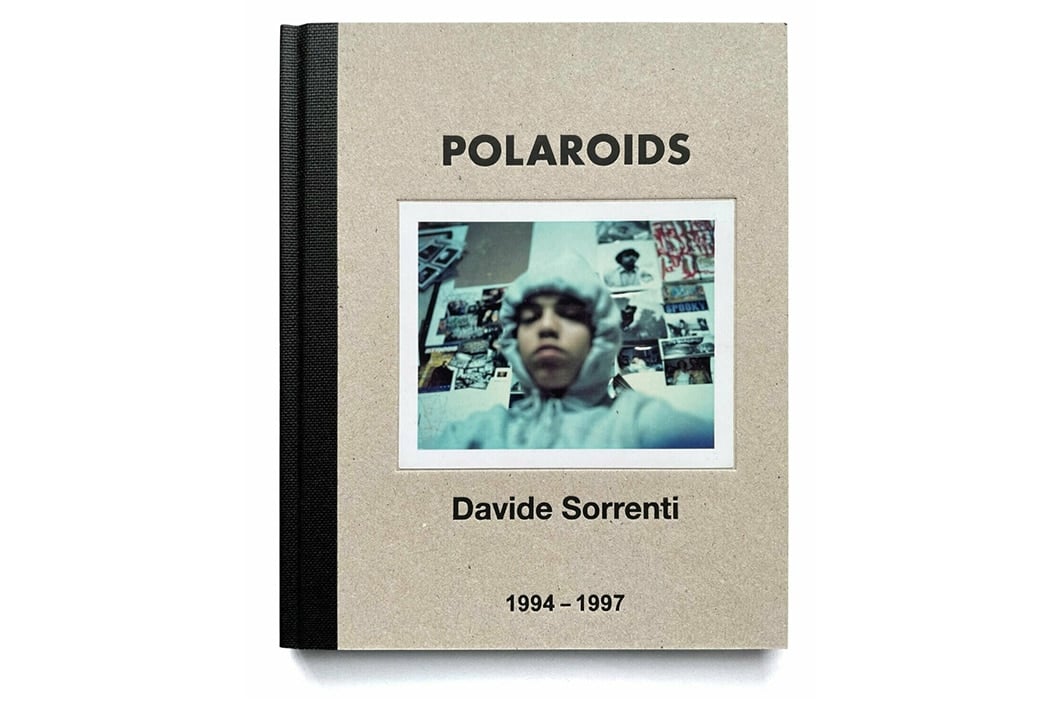 Davide Sorrenti's legacy translated into a book of some of his most prolific and raw work. This coffee table tome strays from his editorial and advertising work and brings his young life into focus amid an era that the photographer ultimately defined as heroin-chic. 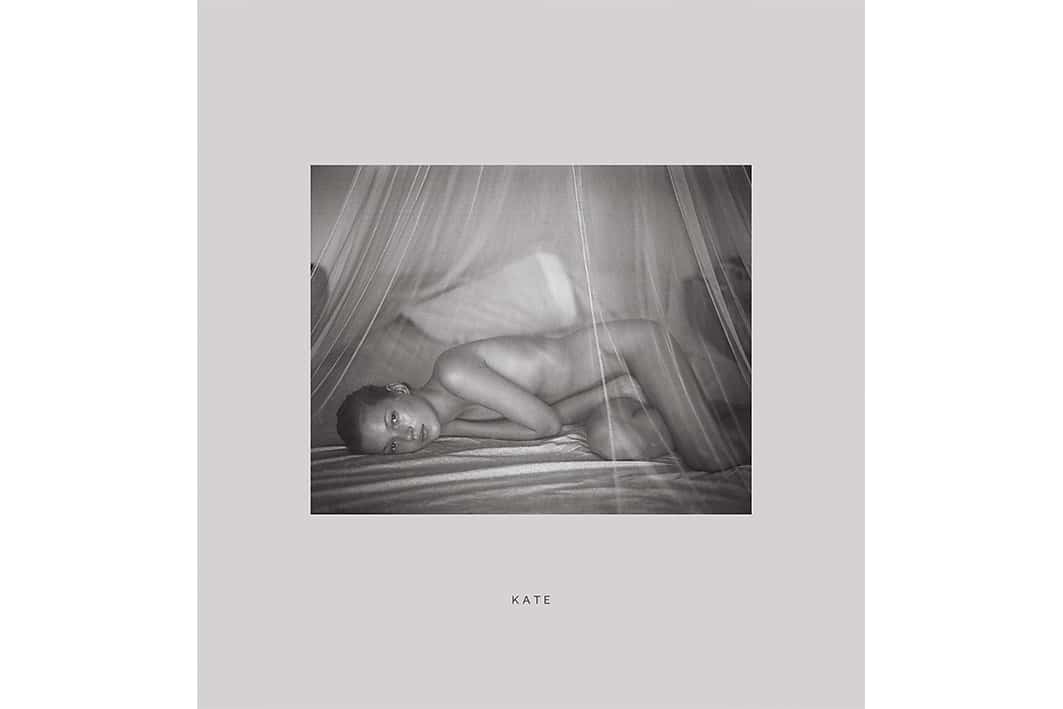 The duo that has inspired for decades. Mario Sorrenti's intimate imagery of Kate Moss at the time they were a couple have transcended time in a captivating way. Shots that capture true connection - Sorrenti's collection of 17 year old Moss depicts moments of each of them on the precipice of two legendary careers. It's all Kate, and here she is, unguarded and impossible to look away from. 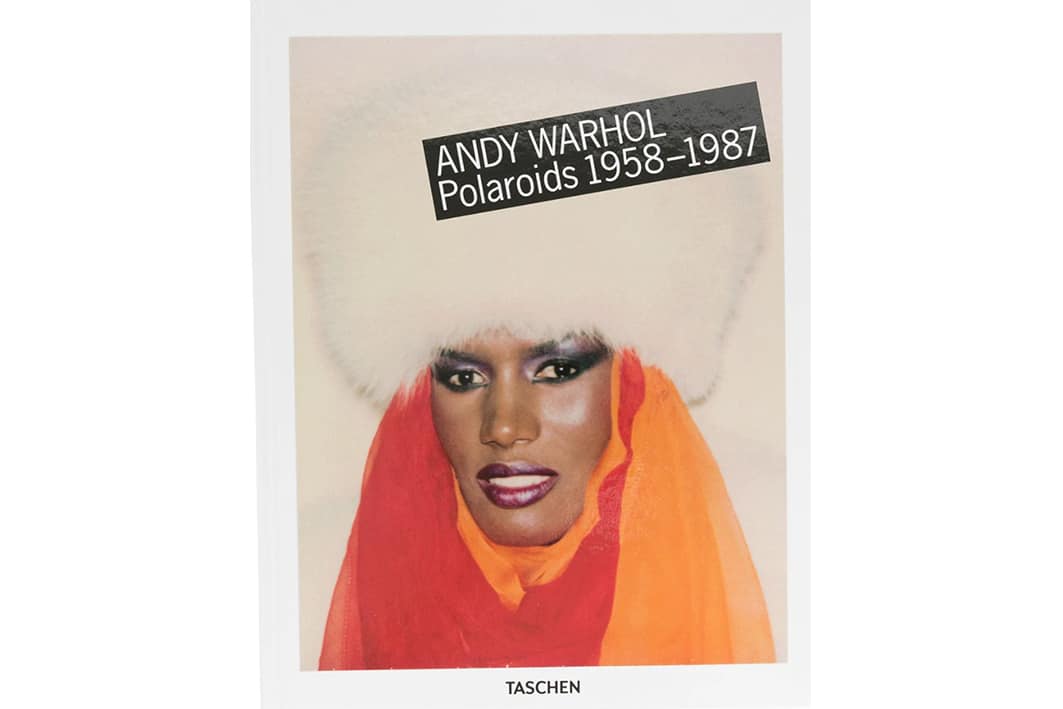 Warhols legacy, and the years he carried his polaroid camera around his neck immortalised in imagery that depicts his life at the height of his career. Portraits of celebrities such as Mick Jagger, Alfred Hitchcock, Jack Nicholson, Yves Saint Laurent, Pelé, Debbie Harry are included alongside images of Warhol’s entourage and high life, landscapes, and still lifes from Cabbage Patch dolls to the iconic soup cans.

This is Not a F*cking Street Style Book 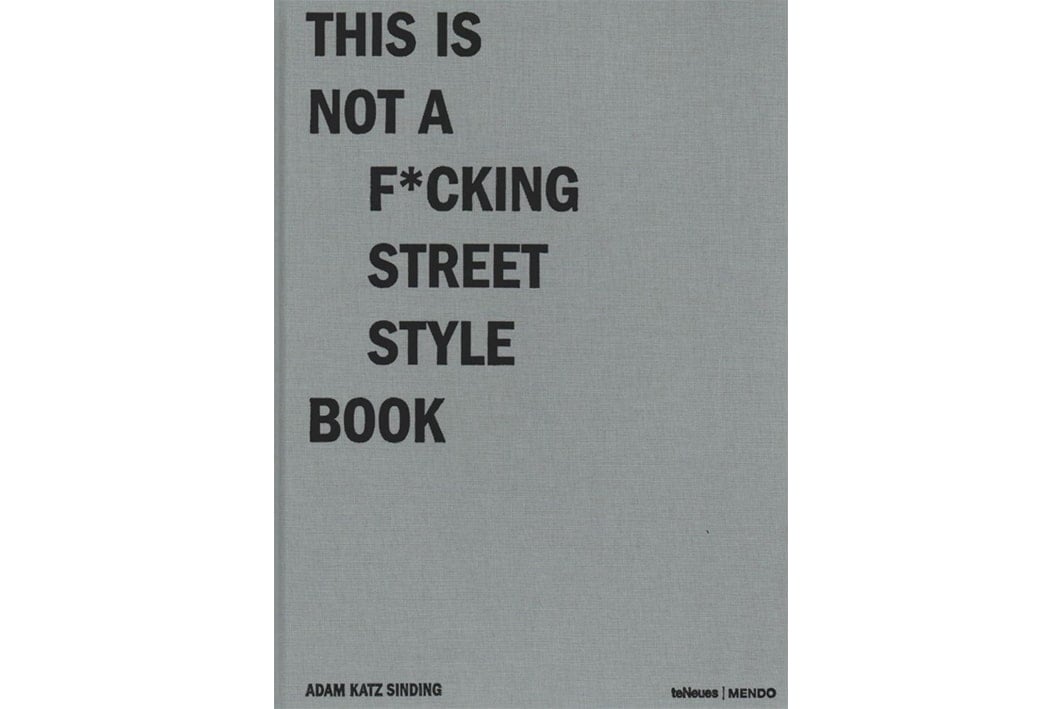 For those missing fashion shows, iconic street style photographer Adam Katz Sinding brings them to the living room. Documenting major fashion events, top brands, tastemakers, and models since 2003, Katz Sinding offers a look into candid moments across the globe from some of the biggest fashion events in the past decade. A reference point for memory, nostalgia, style and culture, this is more than a f*cking street style book. 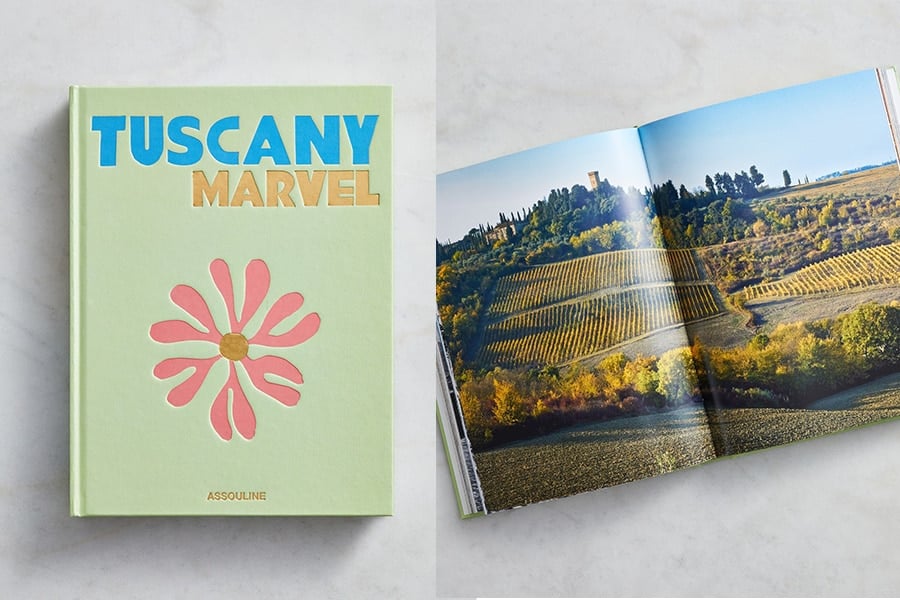 Tuscany is abundant in its beauty, from domed churches in Florence to rolling green hills in the wine regions. One of Italy’s most romantic regions is brought to life in the pages of Tuscany Marvel, with mire than 200 photographs and illustrations curating the ancient history of the region and its burgeoning fashion roots from Gucci to Ferragamo.

Vivid: Style in Colour by Julia Green and Armelle Habib 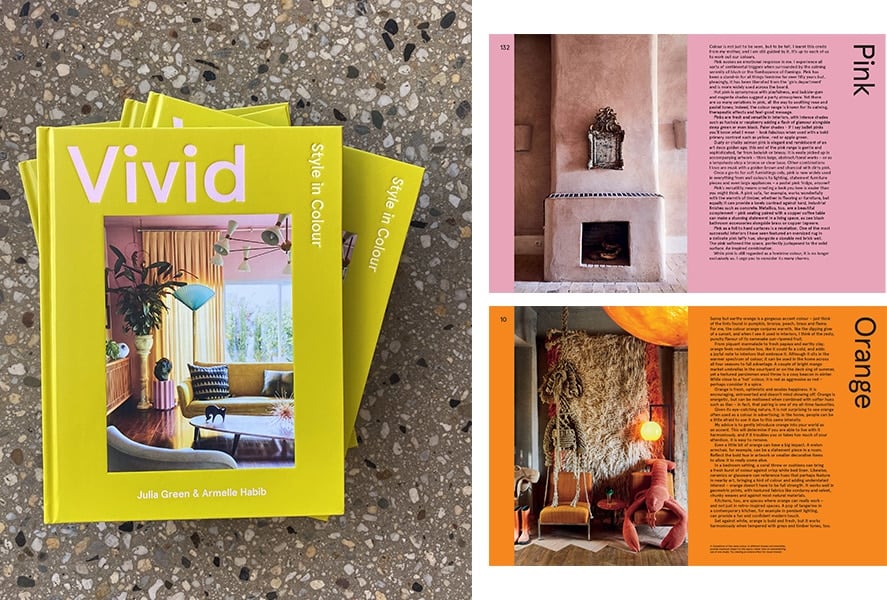 Centring on the insights of stylist Julia Green – gathered from decades of work – Vivid looks to spaces we inhabit for both work and home, and how the application of colours create varied impacts and outcomes. With eight chapters divide by colours, including orange, pink and blue, Green's words accompany images by Armelle Habib conveying the myriad of ways colour can transform a space. 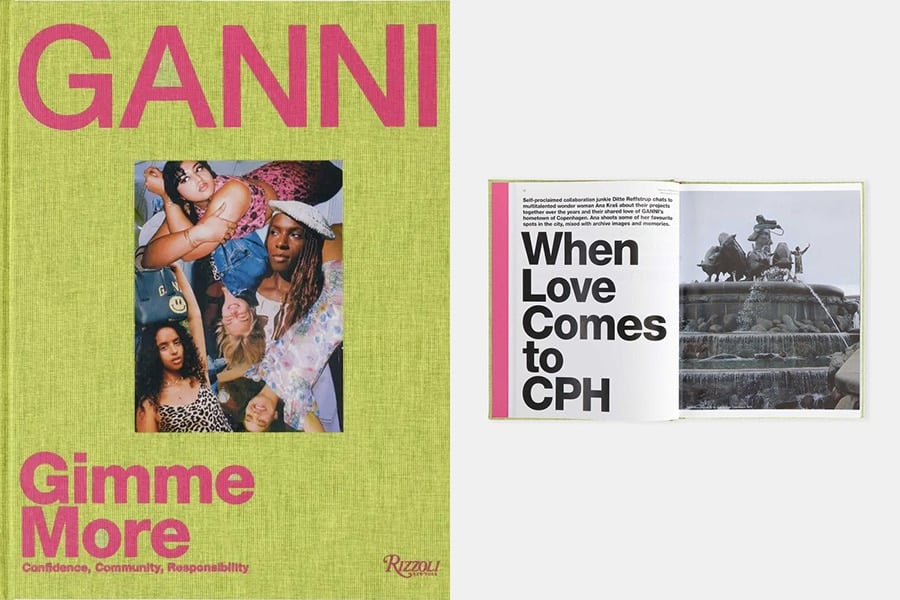 While you may know Ganni for its eclectic prints and seersucker garments, the Danish brand has also documented its story thus far in a stylish coffee table book framed in neon green. Photographers, stylists and designers gather to tell the Ganni story, oriented on sustainable recycled paper telling the story of the brand, its designs and collaborations.

Harry Styles and the Clothes He Wears by Terry Newman 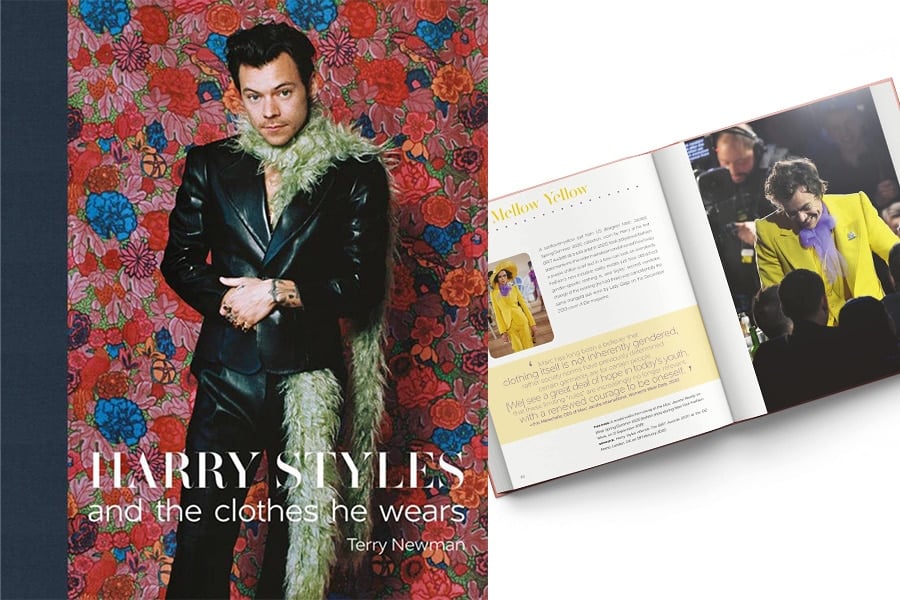 A man with style – by name and nature – Harry Styles’ evolution as a walking, singing clotheshorse is the ponder fodder of many, whether it be leather suits or sequinned Gucci jumpsuits with fluffy coats. Now, in the first book to chronologise and analyse his stylistic choices, Terry Newman examines his attitude, swagger and effortless stardom radiating from the singer and oozing into his wardrobe choices. 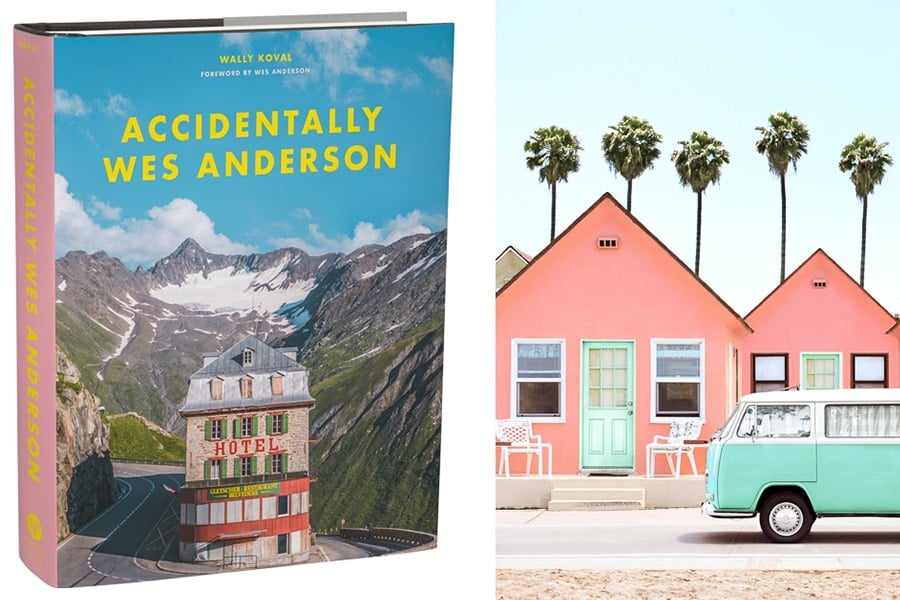 From being a hobby Instagram account adored by many, Wally Koval has turned his affinity for scenes evocative of a Wes Anderson film into a beautifully detailed book primed for coffee tables. With a foreword from Anderson himself, it is a visual adventure featuring vibrant photos of places appearing plucked from the mise en scene of the modern auter. 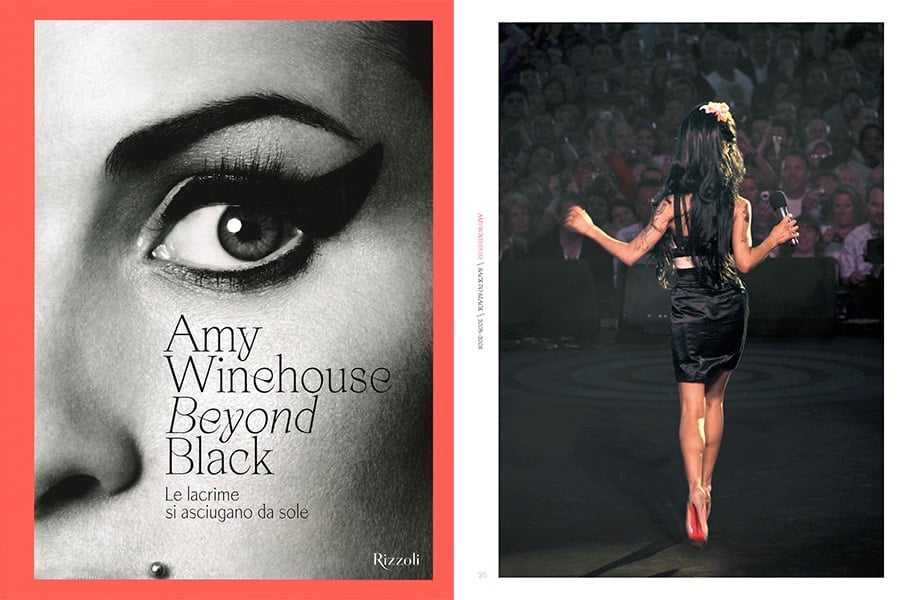 The enduring legacy of Amy Winehouse will live on in our minds and our playlists forever, her discography a go-to in our rotation. In Beyond Black, Naomi Parry organises a chronological spectrum of lyric sheets, sketches and ephemera together alongside photographs and stills from videos.

The Big Book of Chic by Miles Redd 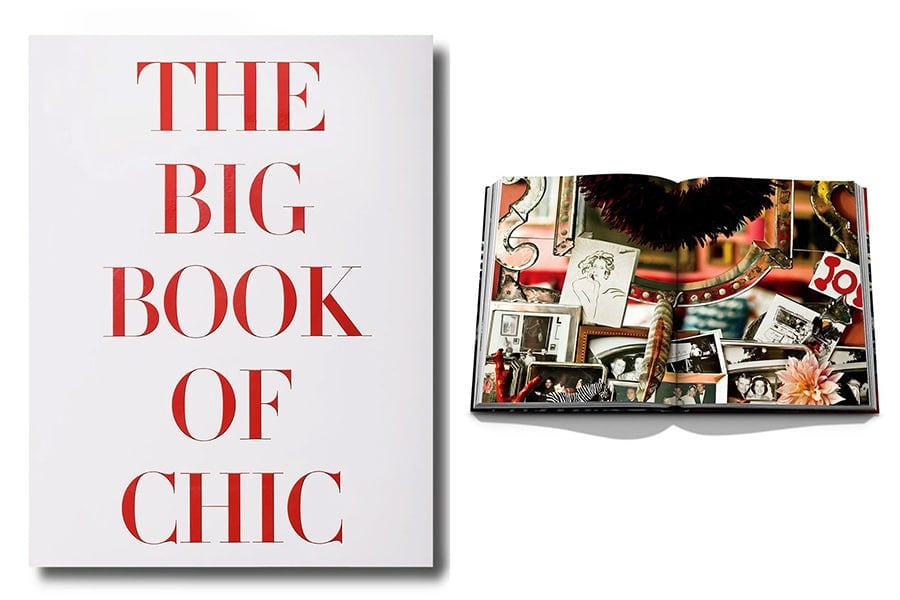 Interior design sensation Miles Redd, known for a quirky take on cozy glamour, draws on inspiration of Richard Avedon photographs and Rene Gruau illustrations across the pages of this interiors masterpiece. A must have for those with an affinity for decorating, the piece itself becomes a relic to be displayed with pride on coffee tables. 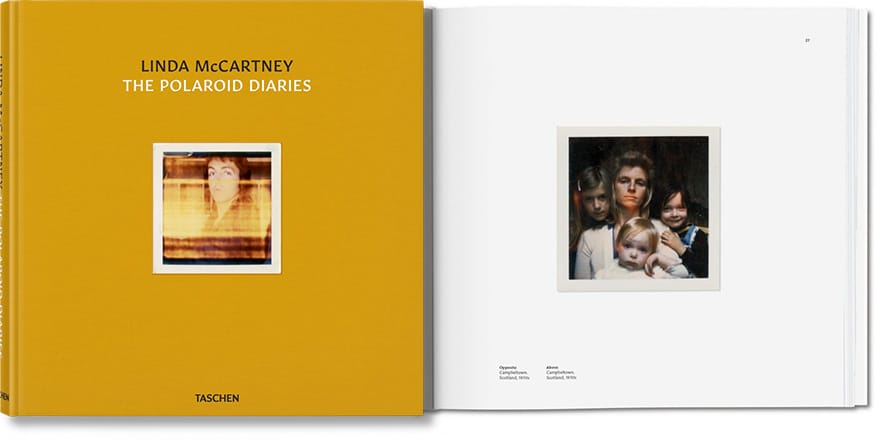 Linda McCartney’s polaroid diaries provide an intimate glimpse into her photographic work, focussing on the way of seeing the world through her family and personal portraits. From husband Paul to their four children, the book is a heartwarming, eloquent capsule into the lives of one of the world’s most famous families, through their own lens. Horse riding, dress ups and family meals are captured in McCartney’s unique gaze.

Homes for Nomads: Interiors for the Well-Travelled by Thijs Demeulemeester 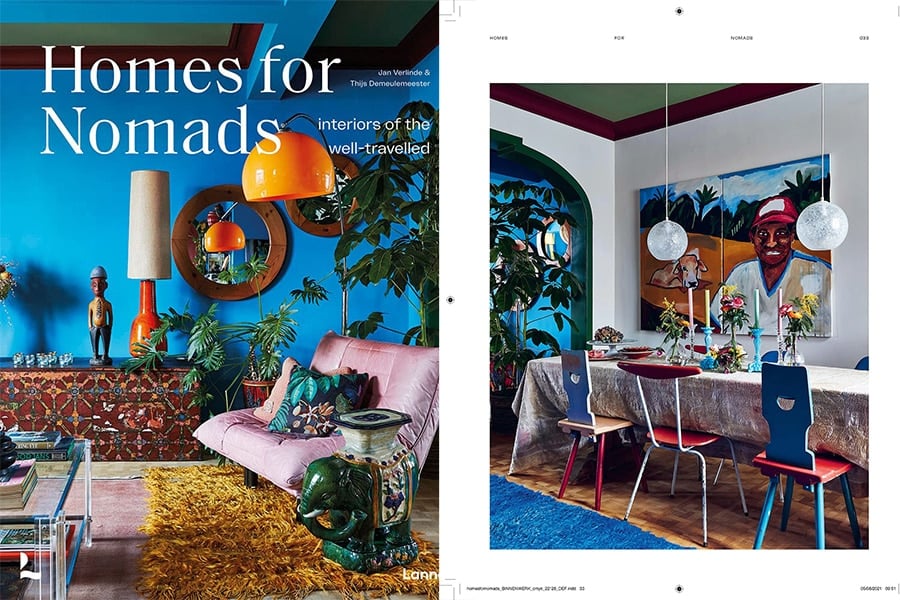 With photographs by Jan Verlinde and commentary from Thijs Demeulemeester, discover 20 inspiring homes filled with unique objects collected by seasoned travellers. These include a Vespa, a tiki bar, a surfboard amongst other memorable treasures accumulated along the way. What they reveal is how a sense of travelling can be tied to every home, without needing to leave. 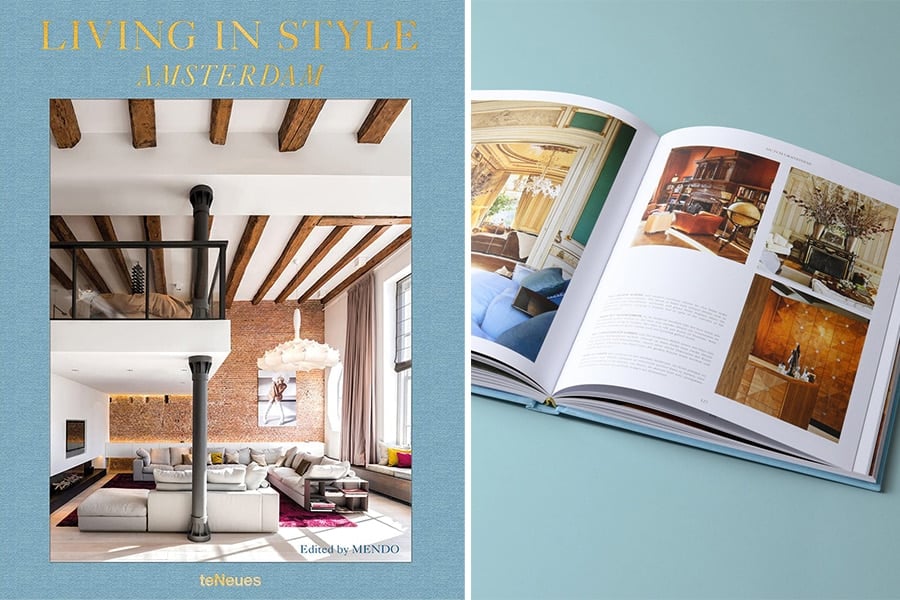 For those seeking an escape to Holland without even needing to leave their home, Living in Style: Amsterdam fills the void of not owning a Scandinavian loft in the centre of the Dutch capital. With intimate portraits of houses across the city, it is an exploration of what it means to live in Amsterdam and craft a home unique to you.

Where I Find Myself: A Lifetime Retrospective by Joel Meyerowitz 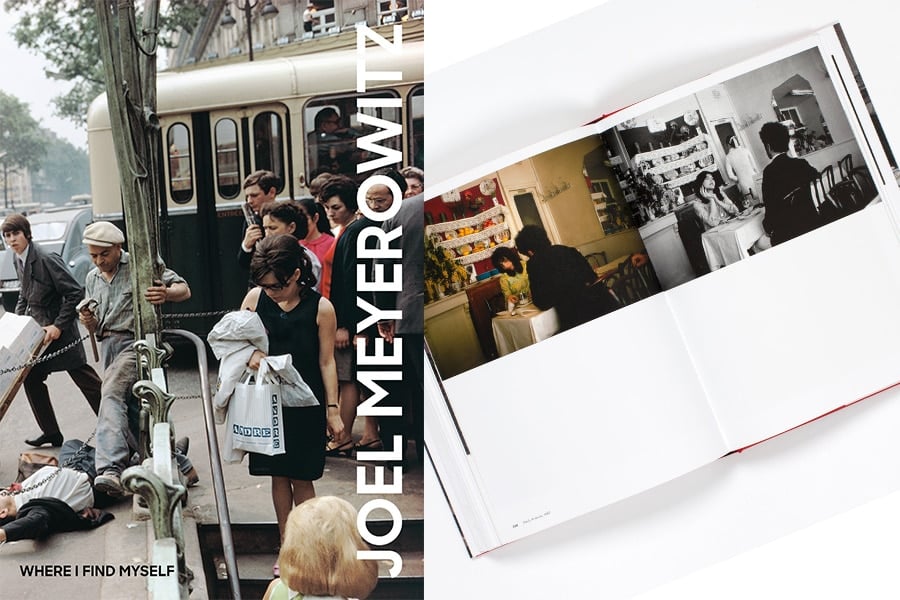 A retrospective of one of America’s leading photographers, Where I Find Myself is organised in inverse, chronological order spanning Joel Meyerowitz’s entire career to date. Covering all great projects, works inspired by Morandi and coverage of Ground Zero, it is a comprehensive guide to his work and America through his lens.

The Flowers by Dr Lisa Cooper Dr Lisa Cooper’s book on flowers gives the insight of the practices and vistas of someone who works with the plants daily, through her work as a leading floral designer and artist. With witty anecdotes. Instruction and photographic essays, you are taken from her workspace to growers’ farms, with flowers captured in their natural working environment. 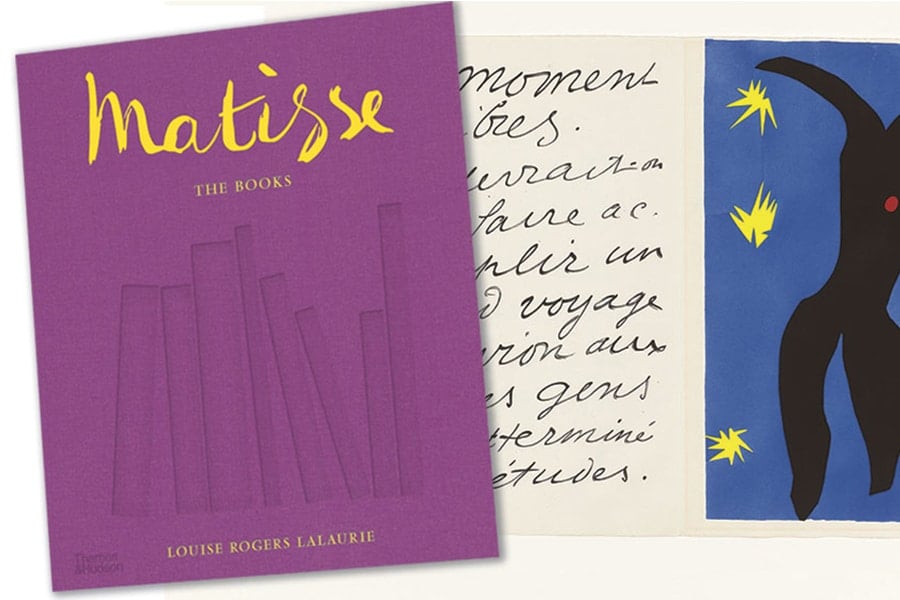 Louise Rogers Lalaurie reintroduces the world to Matisse through thoughtfully considering how the artist constructs dialogue between words and image. The profound significant of Matisse as ab artists, looking broadly at his poetry, drama and own words, offering a portrait of creative resistance and regeneration.

PREVIOUS
Gobbled up 'Conversations with Friends'? Here are 8 more TV shows with characters that live in their heads
NEXT
Frank Ocean could be adding director to his résumé