'Tis the season to get cozy (despite the heat) and get amongst your favourite Christmas watches for the season. You may have a heavy rotation of traditional classics, as part of your Christmas spirit ritual, or perhaps you're looking to broaden your horizons and finally see what all the cult fuss is about. From undeniable classics like Love Actually to arthouse masterpieces, and new additions of the incredibly corny variety, we're rounding up our 24 favourite Christmas movies of all time, plus this years new and anticipated releases, below. 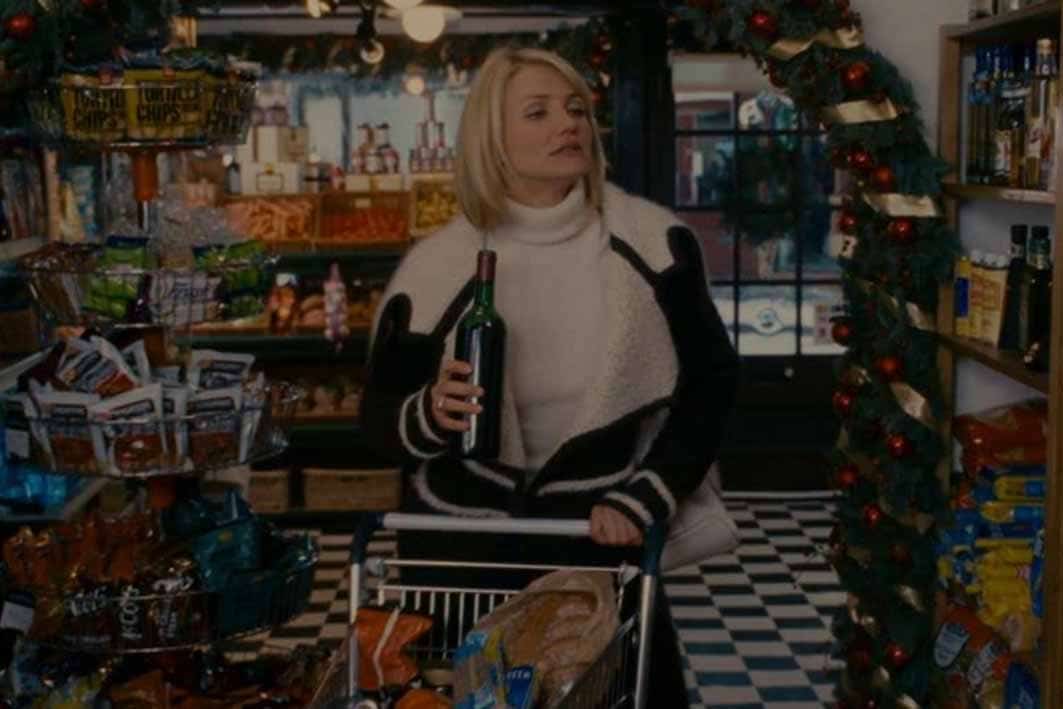 For the RUSSH team, The Holiday is out #1 ranking Christmas movie. Kate Winslet, Cameron Diaz, Jude Law and Jack Black make this romantic comedy as memorable as they get. When two women from different countries decide to do a holiday house-swap, they are tasked with navigating life on the other side of the world, and the men that come with each scenario. 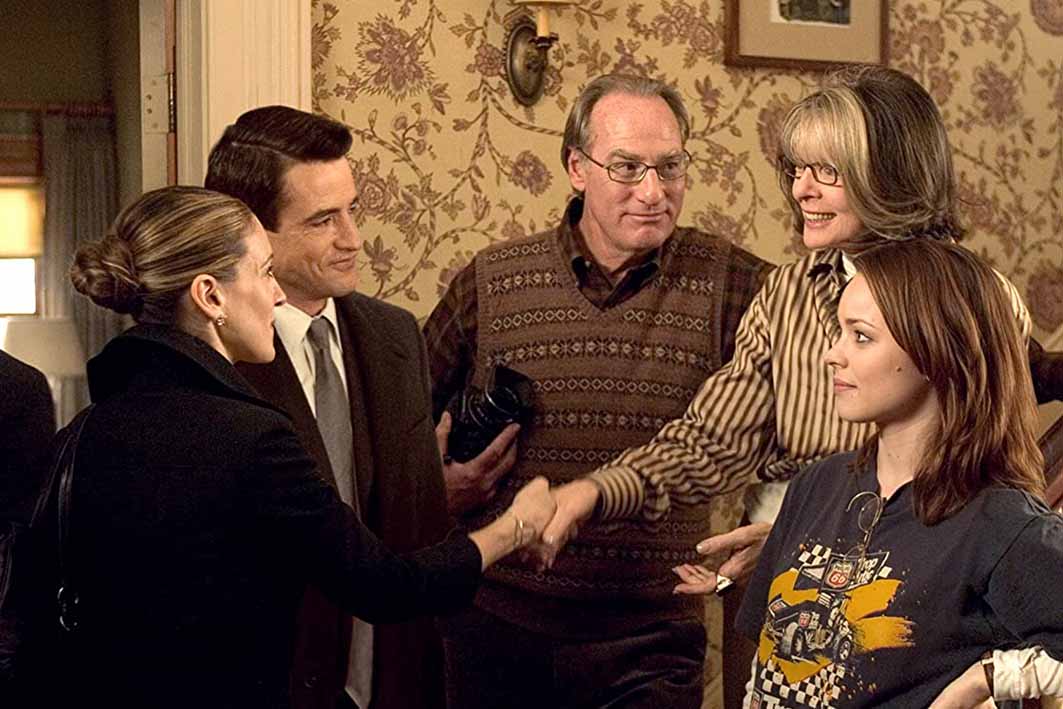 The most awkward classic of all. An uptight woman heads home with her fiancée's families house over the holidays, and is tasked with navigating varying family dynamics without letting her relationship suffer. Wholesome, uncomfortable fun. 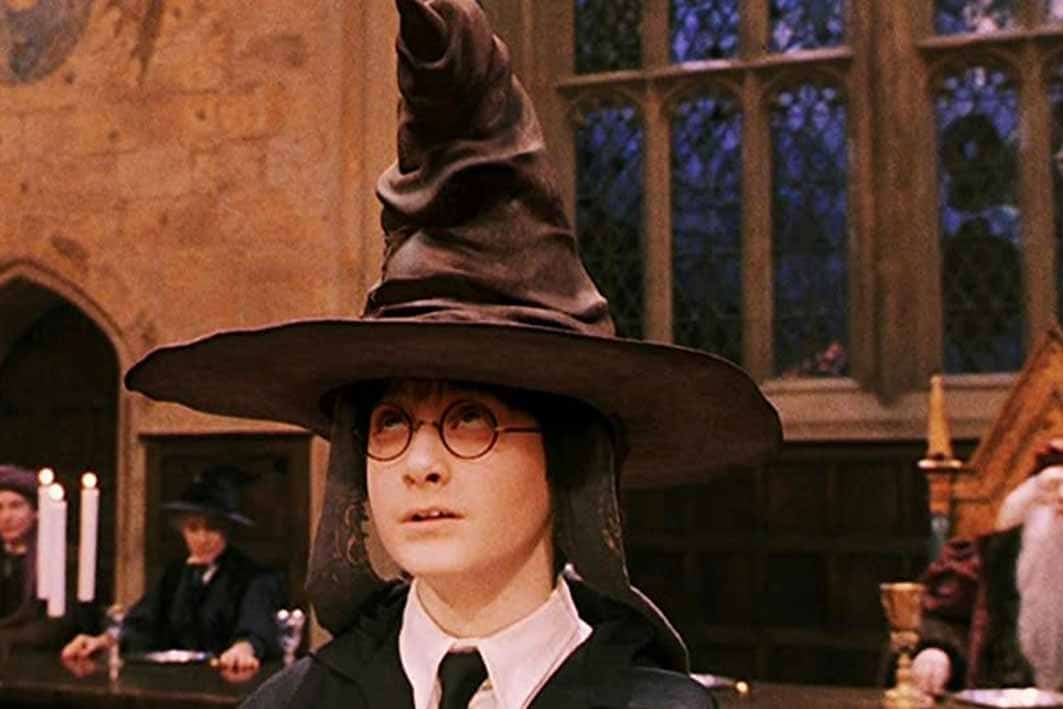 A childhood classic like none other. While HP may not be Christmas-themed, it absolutely falls into the territory of such. Cosy fires and group banquets in a fairytale castle filled with wizards? Deck the halls! Our advice would be to stream for free, if you're picking up what we're putting down, to avoid supporting J.K Rowling and her transphobic ways. 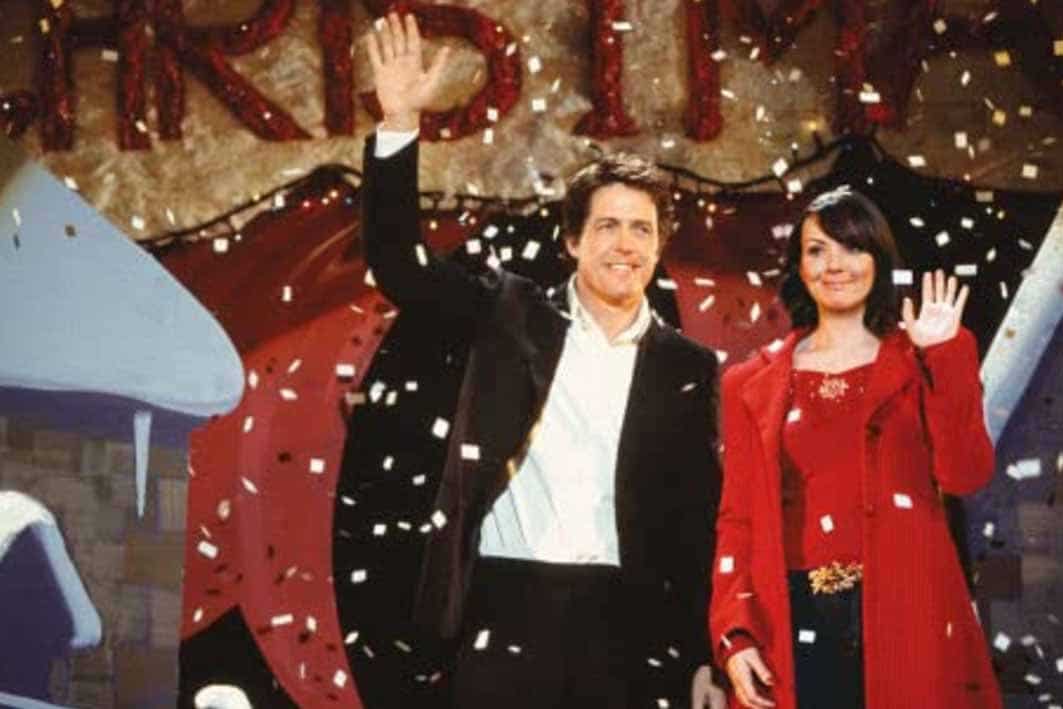 We doubt this one needs much explaining. One of the most classic and undeniably joyful films on the Christmas roster, Love Actually follows multiple families who are linked in various ways during the Holiday season. Pure and simple. 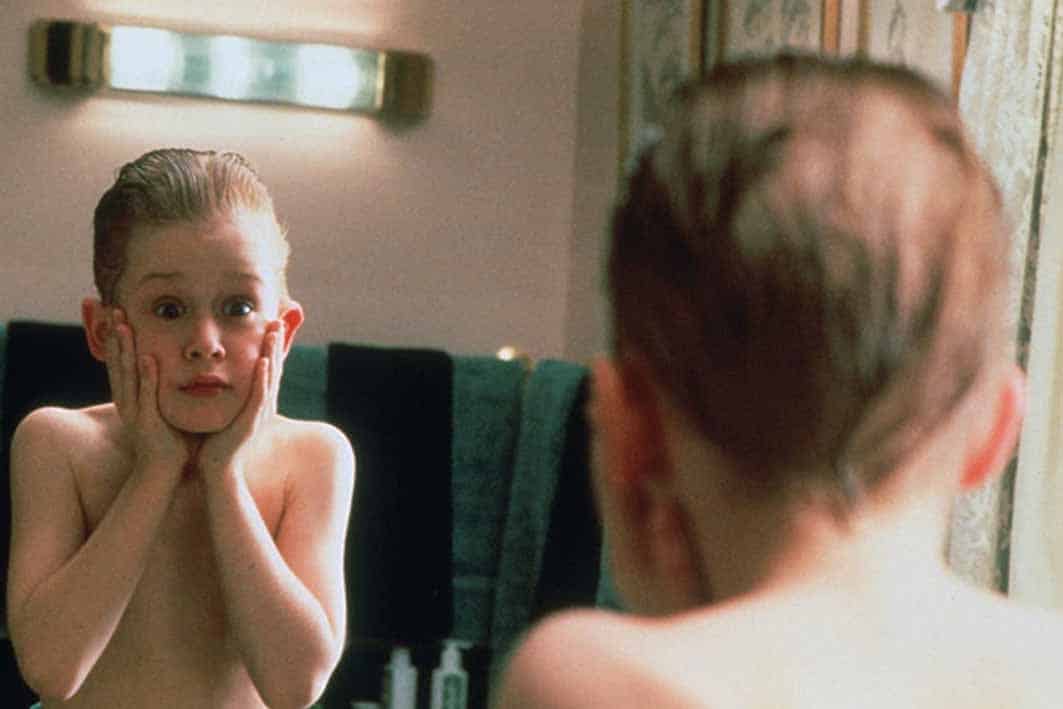 All the nostalgic fun. Young Kevin is somehow accidentally left at home as his entire family journey's to France for the holidays. While the eight-year-old is initially stoked to be left in charge, things begin to go horribly wrong when an attempted burglary occurs. Poor Kevin. 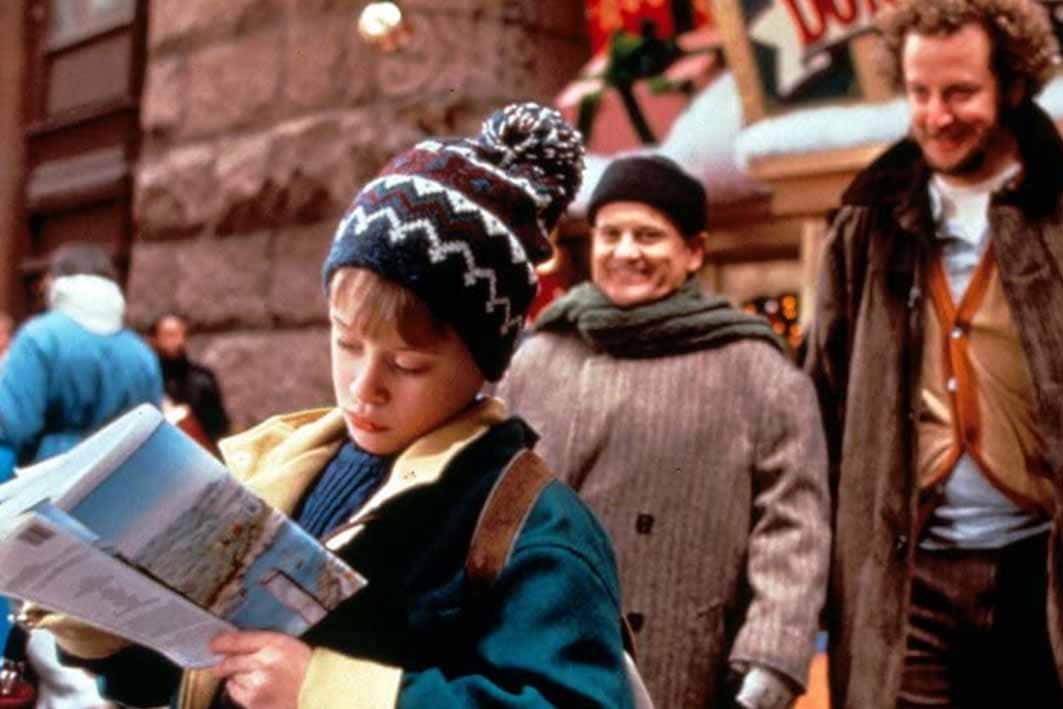 The sequel to Home Alone takes place in New York, where Kevin has somehow boarded a plane to while the rest of the family heads to Miami. As we witness the second time this child is alarmingly forgotten about, Kevin runs into his old nemesis' - the burglars from the first film, and things get dicey. 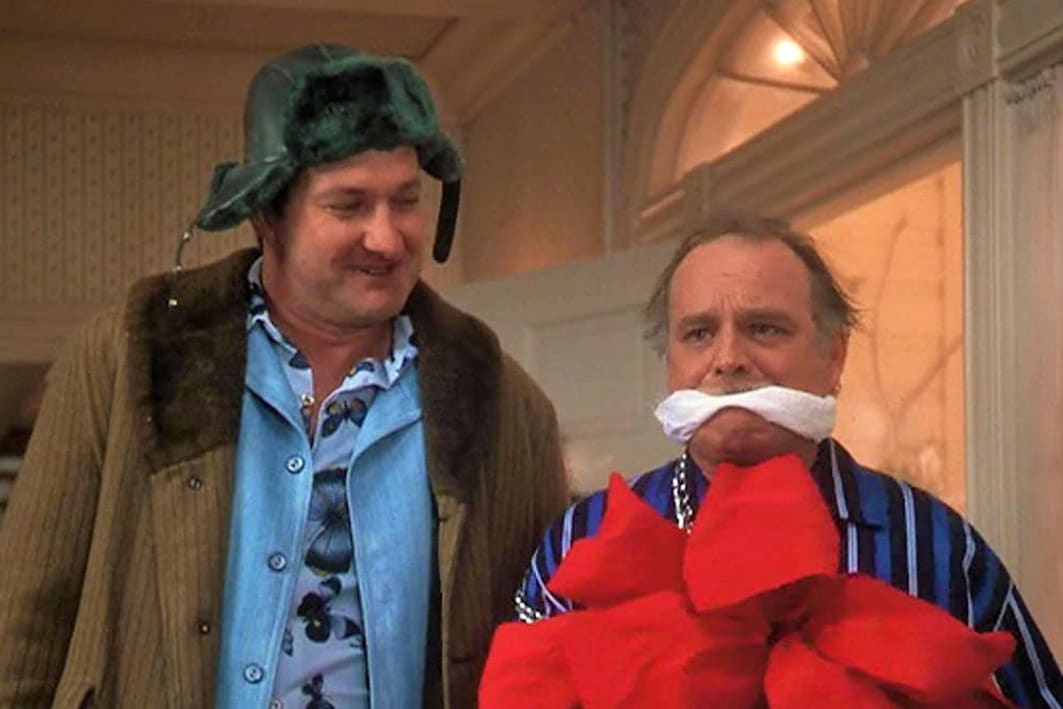 A disastrous classic. Clark Griswold loves Christmas, and promises his family that it will be a good one until he accidentally makes mistake after mistake, causing a domino effect of disasters. 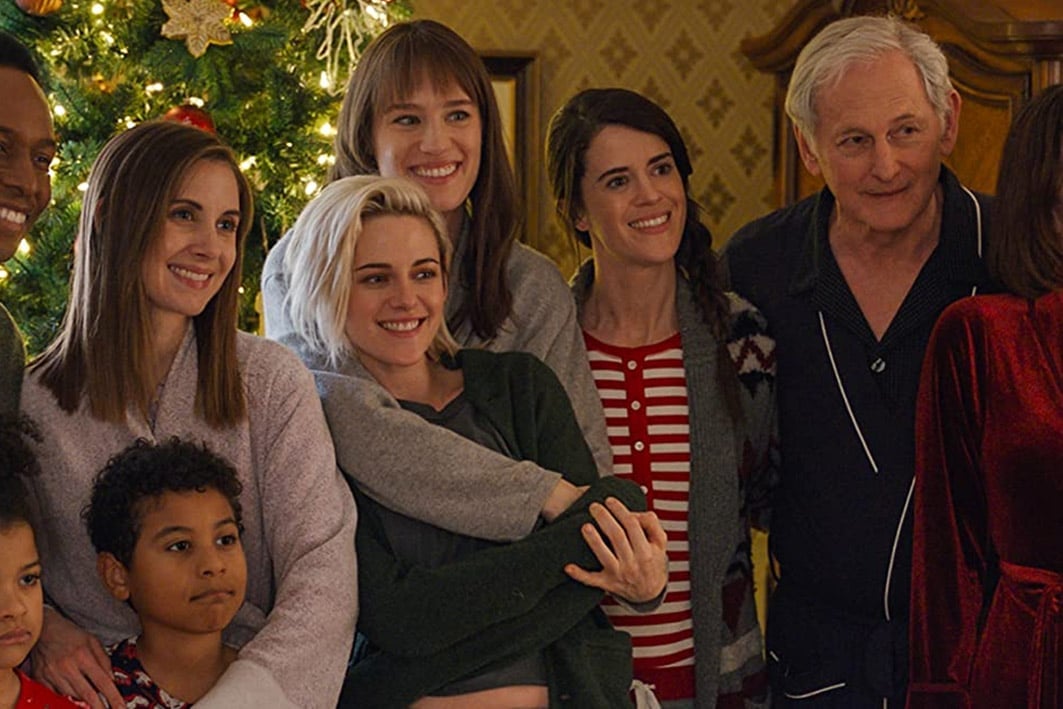 A queer Christmas film featuring our favourite Hollywood gay, Kristen Stewart, who plays a woman planning to propose to her girlfriend over the Christmas holidays while home with her girlfriends parents, until she discovers her girlfriend hasn't even come out yet. 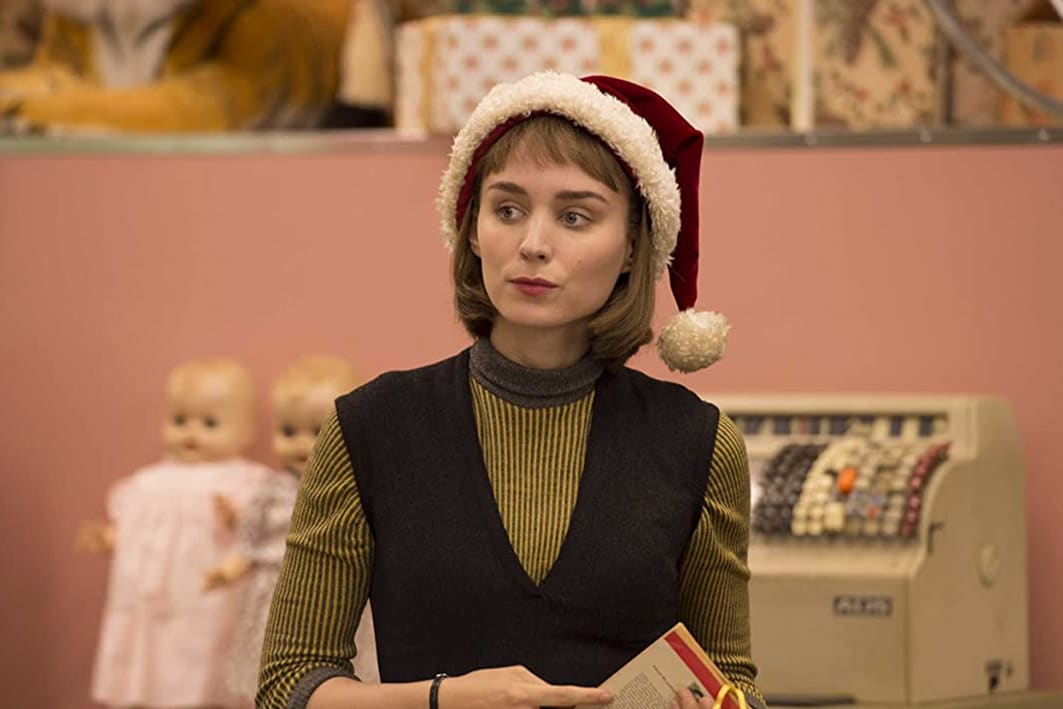 Another queer Christmas film! This version is every lesbians fantasy with Cate Blanchett and Rooney Mara. Therese Belivet works at a department store in Manhattan where she encounters the endearing Carol. Things take an unexpected turn when Therese develops strong feelings for Carol. 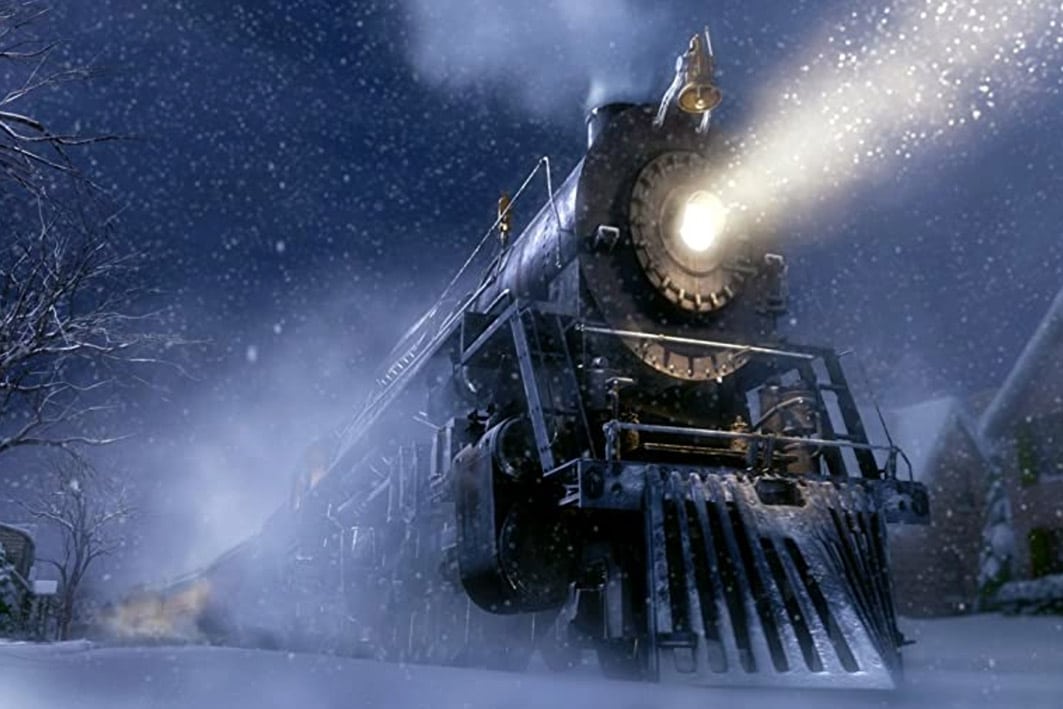 A wholesome family film about a young boy who boards a train to the North Pole to meet Santa and has the time of his life with the people he meets along the way. We love to see it. 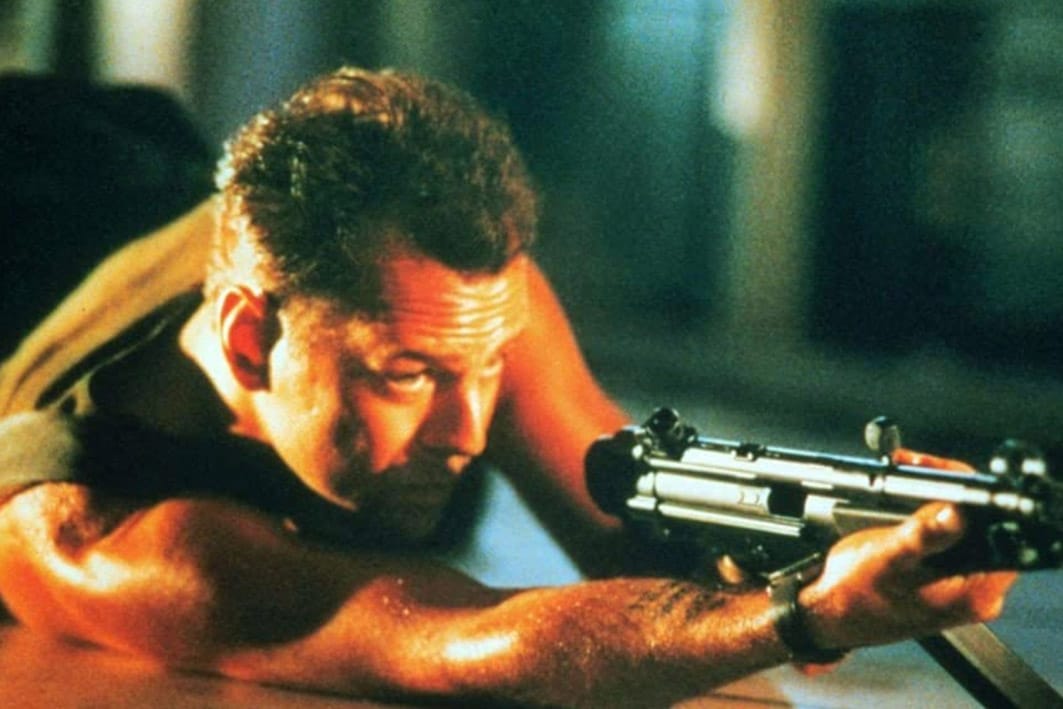 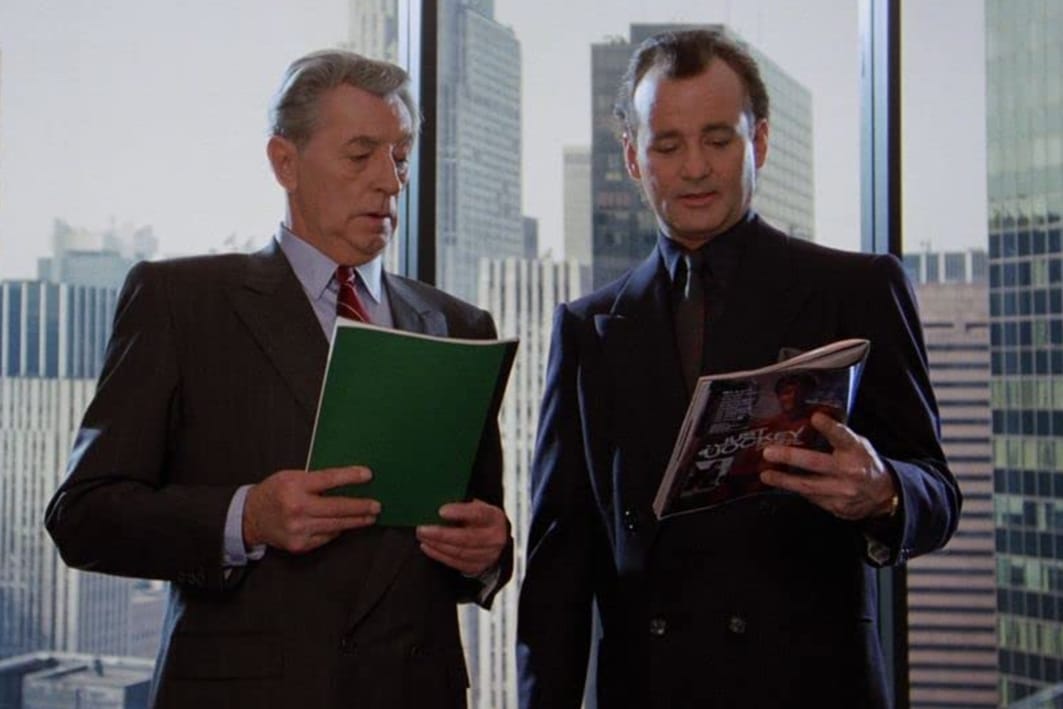 A modern take on A Christmas Carol, Frank Cross is a successful television executive whose cold ambition and curmudgeonly nature has driven away the love of his life, Claire Phillips. And after some less than desirable behavioural issues Frank is visited by a series of ghosts who give him a chance to re-evaluate his actions and right the wrongs of his past. 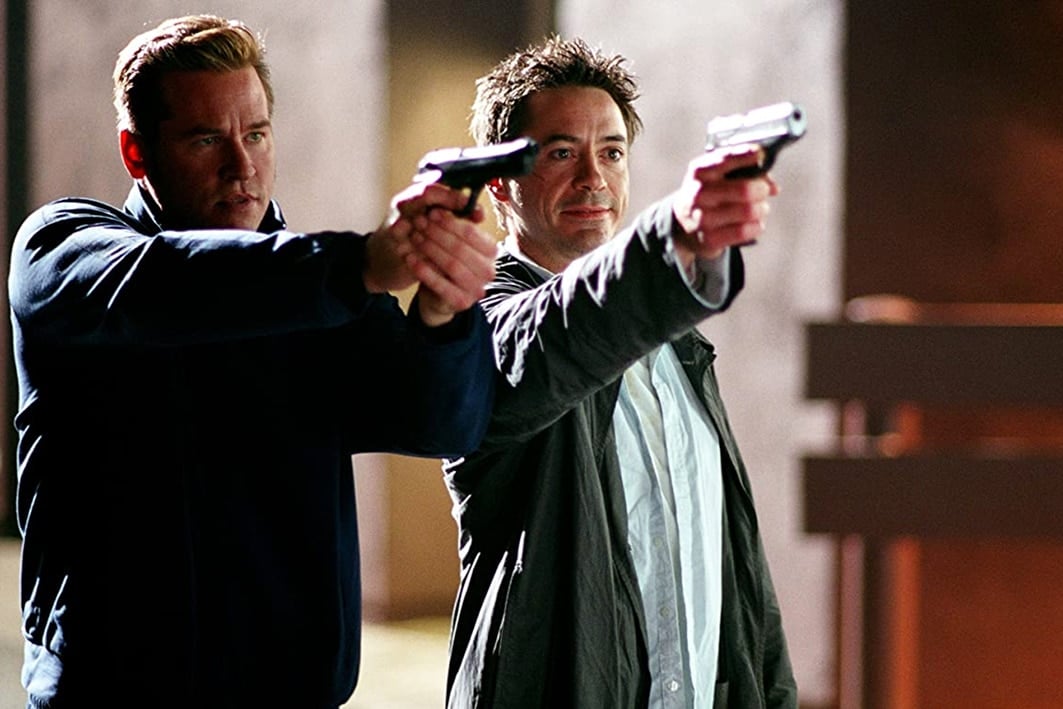 After being mistaken for an actor, a New York thief is sent to Hollywood to train under a private eye for a potential movie role, but the duo are thrown together with a struggling actress into a murder mystery. While it can be argued that this isn't exactly a Christmas film, the backdrop of Christmas makes it enough for us. 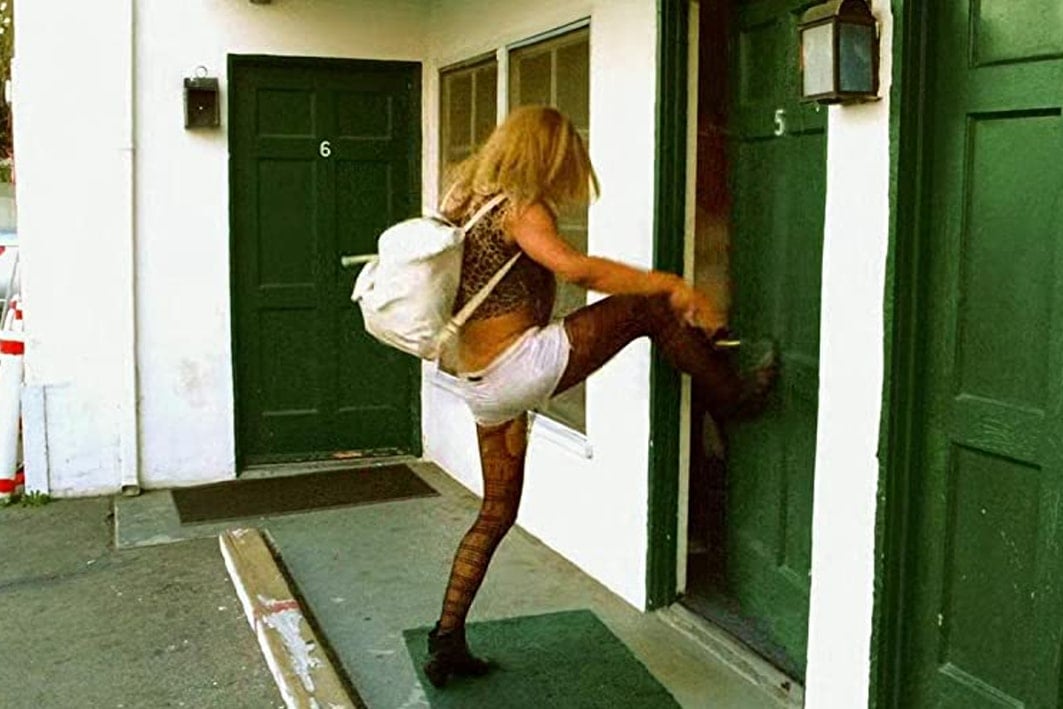 A narrative that exists outside of white picket fences and classic family homes, Tangerine follows Sin-Dee Rella, a sex worker who has just been released from jail, and upon release, learns that her boyfriend and pimp has been cheating on her, thus fuelling a neighbourhood-wide search between her and her best friend to find him and get revenge. Tangerine was shot on three iPhones, and is an important watch to expand the narrative of Christmas beyond nuclear families and cishet storylines. 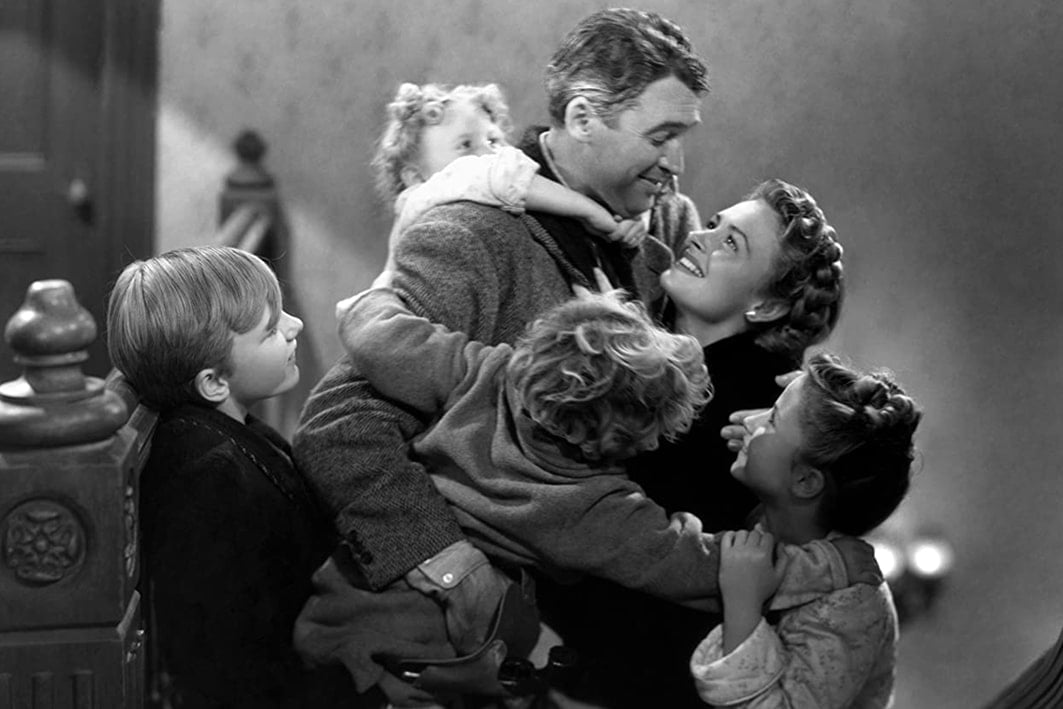 A depressed and frustrated businessman, George, has so many issues he is considering ending his life during the holiday season, when a group of angels get together and show the impact his life has had over the years. As George is about to jump from a bridge, he ends up rescuing his guardian angel, Clarence - who then shows George what his town would have looked like if it hadn't been for all his good deeds over the years. 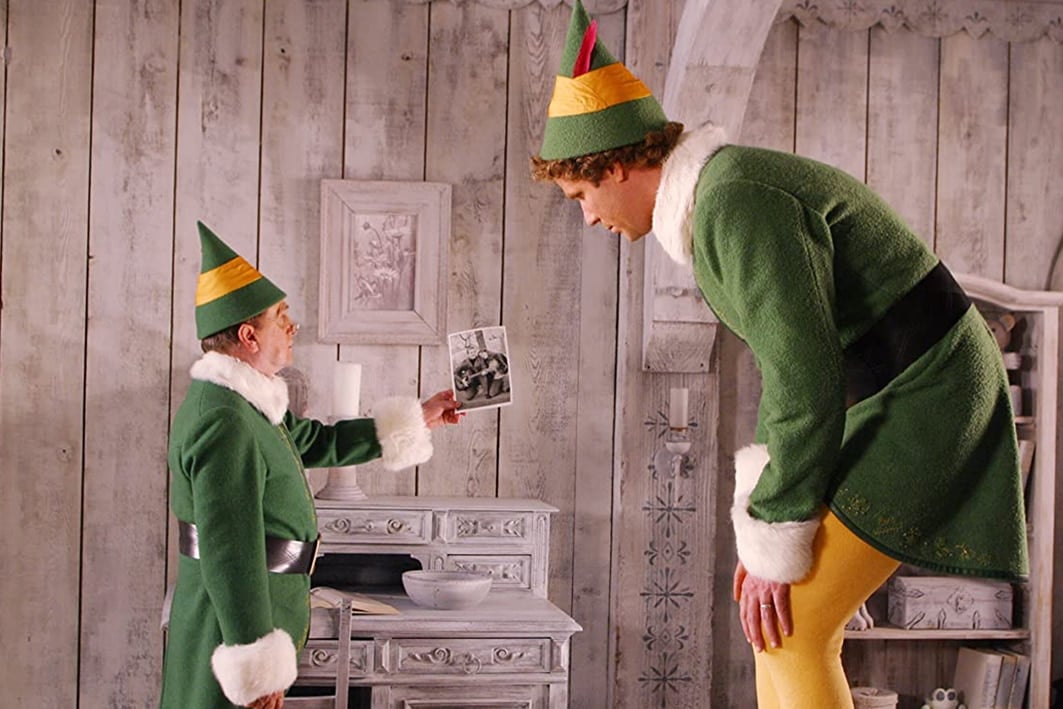 You know the story! An oversized, overly cheerful human elf travels from the North Pole to New York City to track down his biological father who has no idea he exists and is in dire need of being cheered up. 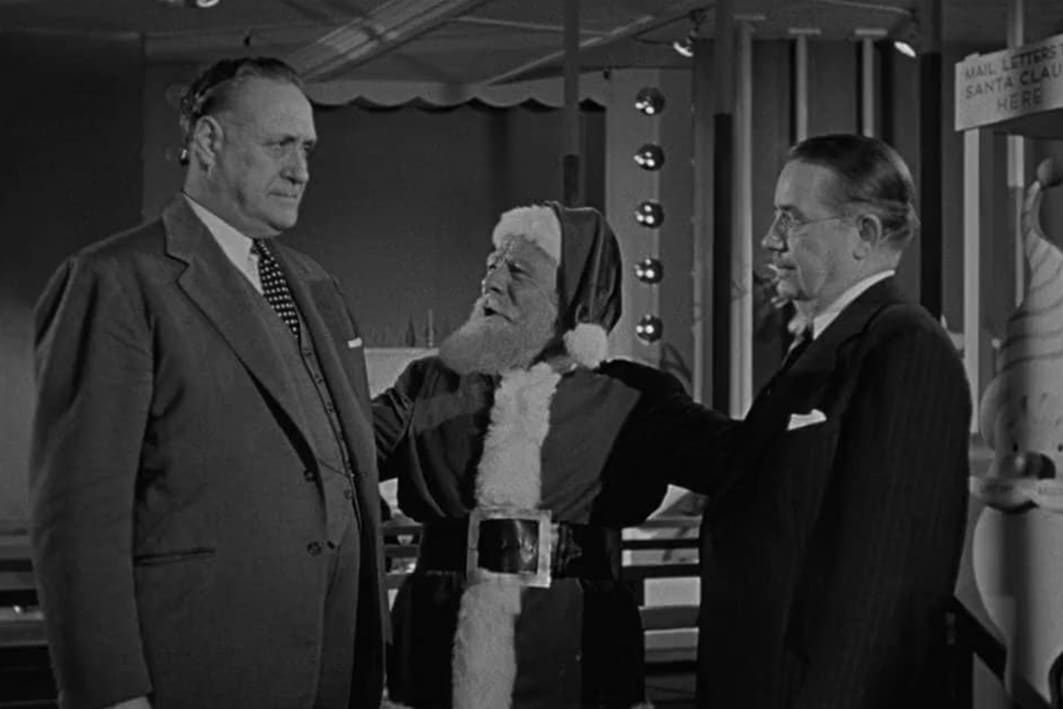 An unsuspecting New York mother hires a sweet-seeming old man to play Santa Claus at Macy's, and is shocked when he claims to be the real deal. When his sanity is questioned, a lawyer defends him in court by arguing that he's not mistaken. 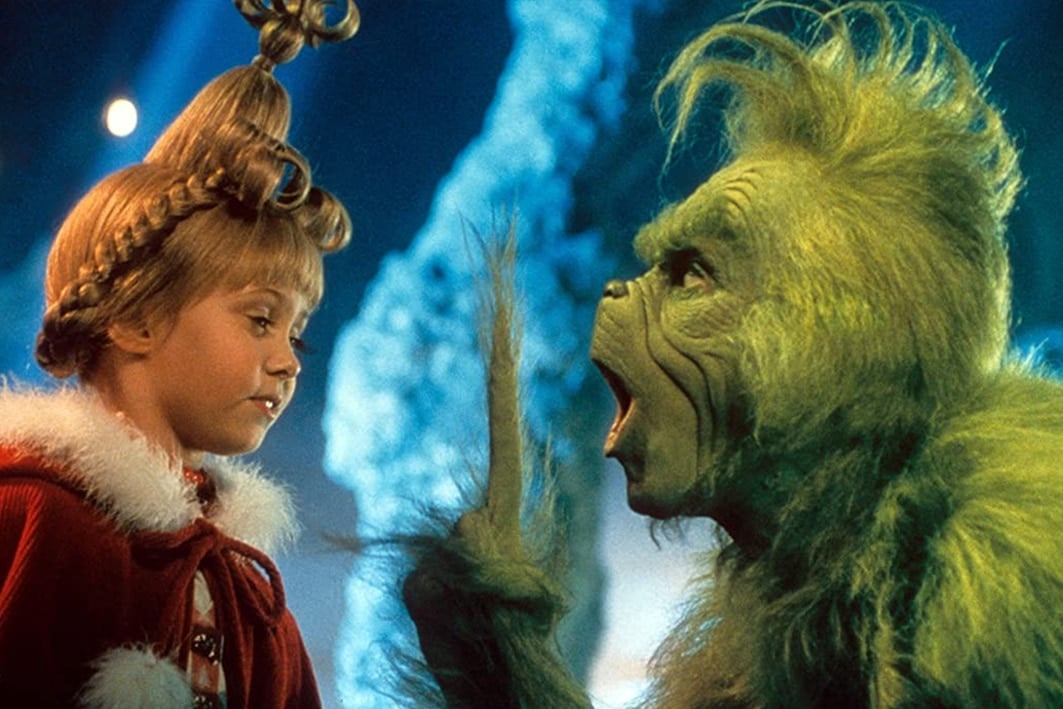 On the outskirts of Whoville, a disheveled green Grinch seeks revenge on the town, and plots to ruin Christmas to do so. This Dr. Seuss classic adaptation is a crucial Christmas watch. 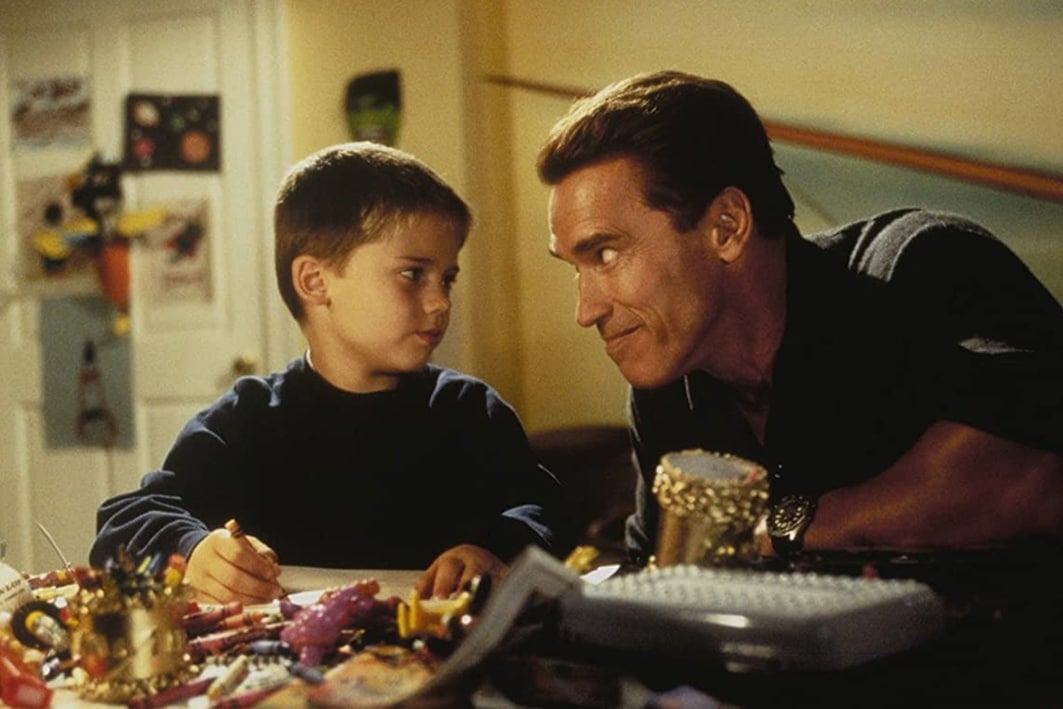 A classic, lighthearted comedy that follows a father who promises his son a Turbo Man action figure for Christmas. Unfortunately, the toy is in high demand, and he must travel all over town to compete with everybody else in order to find one. 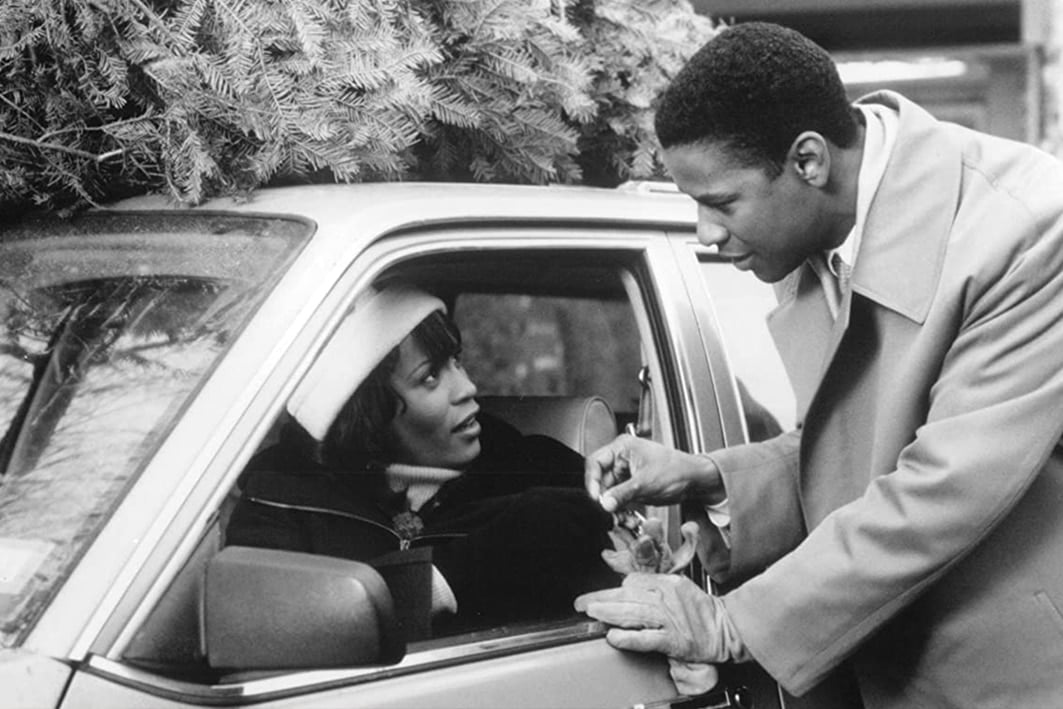 Whitney Houston and Denzel Washington have our vote. A pastor, Henry Biggs' life is not going according to plan. He is the pastor of a church in a poverty-stricken area in New York, and his marriage is falling apart. Dudley, an angel, comes into his life on a prayer and claims he is there to help, but Henry is not so sure that's his motive.

Queen LiLo is back! With a Christmas movie. Bless. In Netflix's 2022 cheesy festive debut, newly engaged spoiled hotel heiress Sierra Belmont gets into a skiing accident. She wakes up in a small town with memory loss, unable to tell anyone who she is when the handsome stranger who rescued her takes her in. Cue the Christmas love!

For anyone who thought they wouldn't see the day where hunky David Harbour played Santa Clause, you can eat your hat! Because this is exactly what Violent Night is. Taking on the role of a jaded Santa Claus, as he's doing his rounds on the night before Christmas, he comes across a wealthy family being held hostage by a group of mercenaries, and it's up to him to save the day. For all of the moms out there with a Santa Claus fetish, this one is for you.

Ryan Reynolds, Will Ferrell, and Octavia Spencer star in a modern A Christmas Carol interpretation, where Reynolds plays Ebeneezer Scrooge, while Ferrell takes on the role of the ghost of Christmas present. It looks light, funny, and, naturally, very corny. We love.

Building upon the House’s 100-year heritage of arts patronage, the occasion celebrated Chanel’s ongoing commitment to fostering artistic communities and freedom of creation.