Those who are familiar with the House of Versace know by now that Versace is a lifestyle before it is a brand. If you didn't know, let the Versace Mens SS23 show, held in the Milanese palazzo, be your lesson.

It was the brands first mens runway show in three years, and in honour of it, guests gathered around, clad head-to-toe in Versace's signature Greco-Roman prints to once again buy into the lifestyle that Gianni and Donatella have conjured for their loyal wearer. The Mens SS23 show was an extension of this. A step into the world of Versace and all that it has to offer, including homewares! While the homewares offering is not a new addition, it has been introduced on the runway. Not as part of the set, propped up for guests to hover around, but in the arms of the models, who strode through the palazzo clutching urns or with side plates attached to their belt loops, once again as an extension of the brands offering. 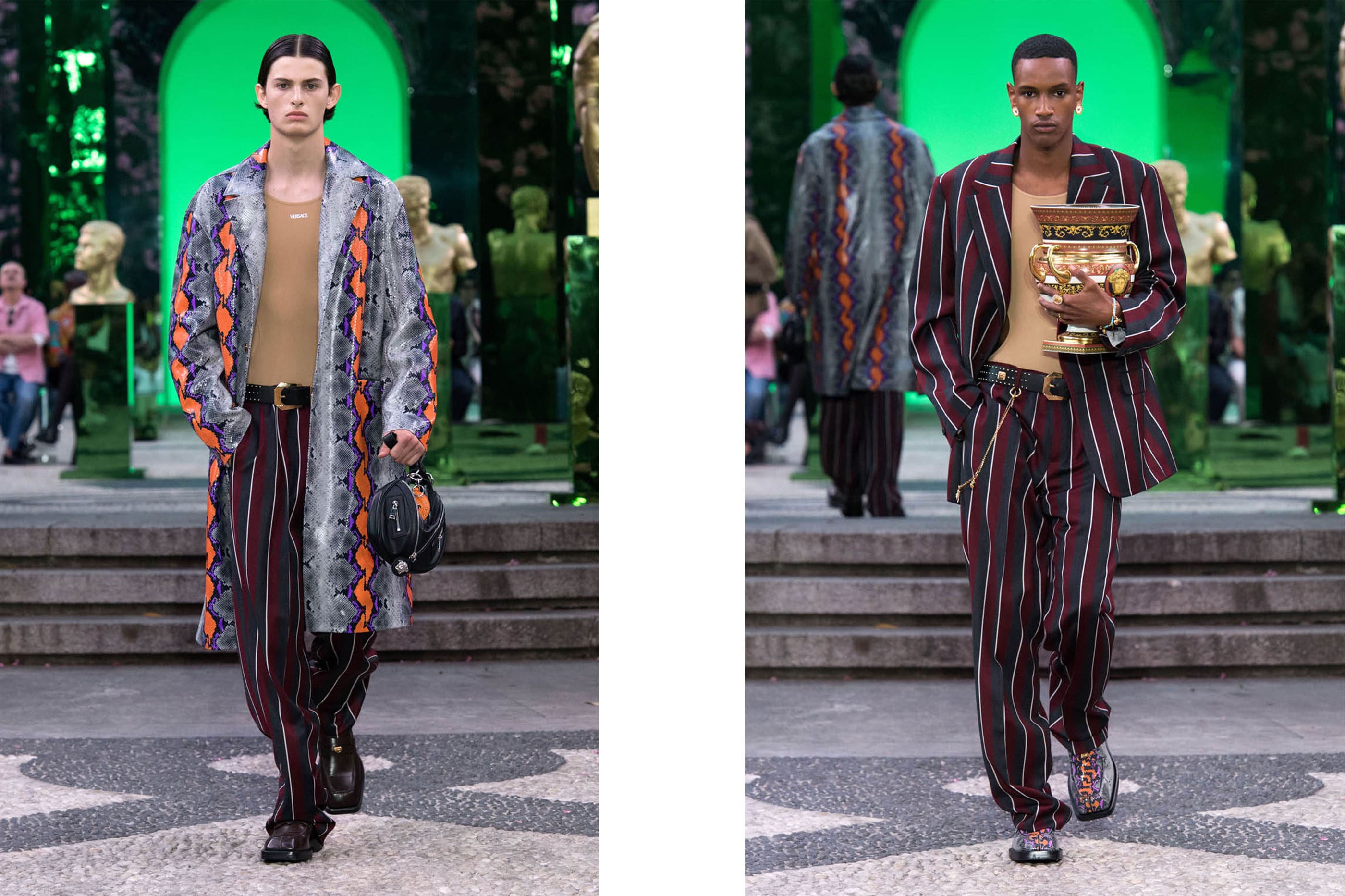 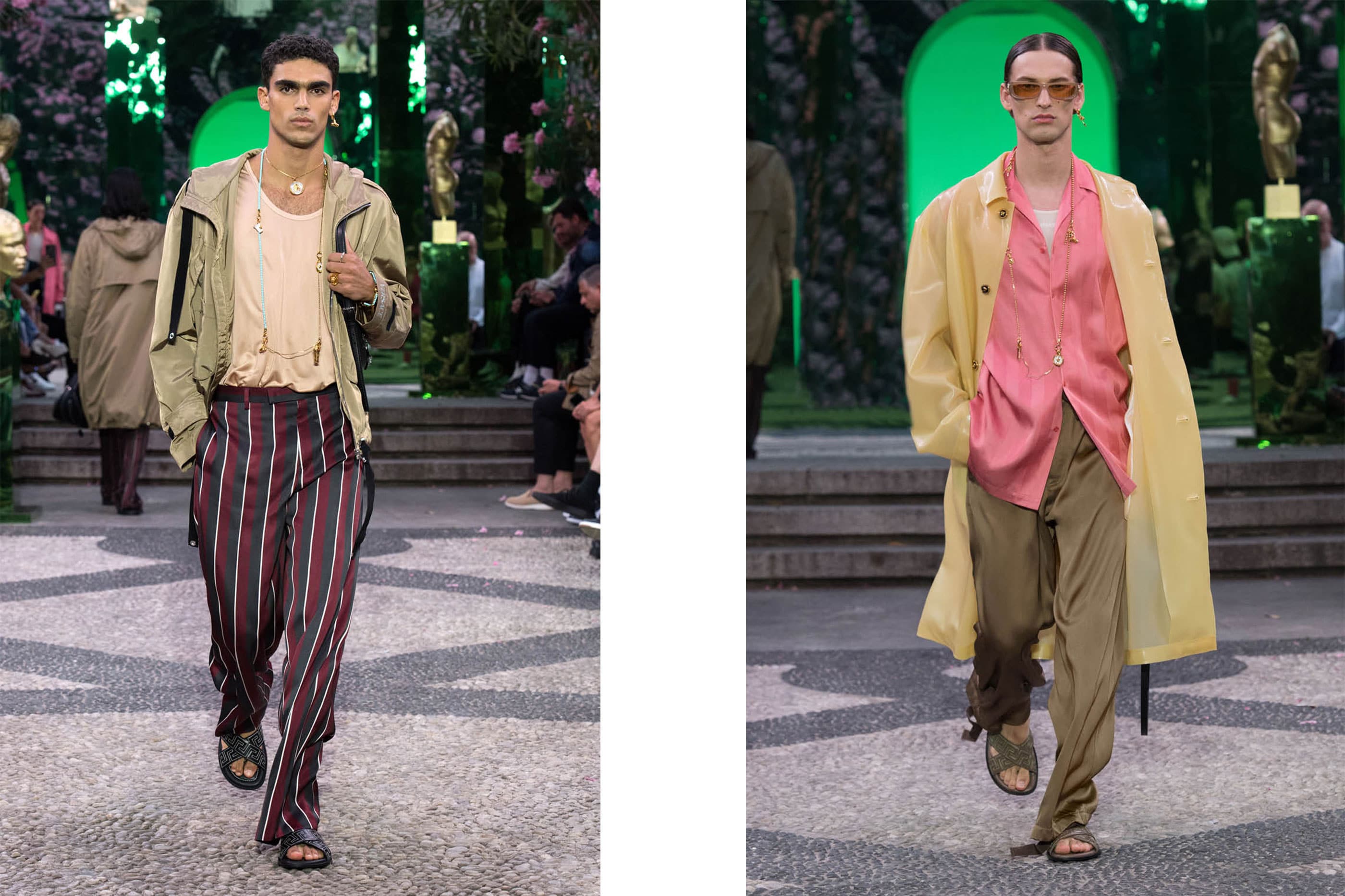 As far as the actual clothing went, the brand found the perfect balance between eccentric and refined, as it routinely does so well. There were neon snake print coats and pants and lemon latex jackets; there was a slew of cobalt blue two pieces which had been layered with mint and lime Greco-Roman printed button downs; and pops of raspberry silk and knitwear. Amongst it all, were navy and grey striped tailoring to offset the zaniness, alongside beige-toned tank tops and outerwear and classic blue jeans. A favourite look, featured a black open knit tank top with slouchy black leather pants, perforated in a diamond shape (because you know that leather pants in summer need air vents). 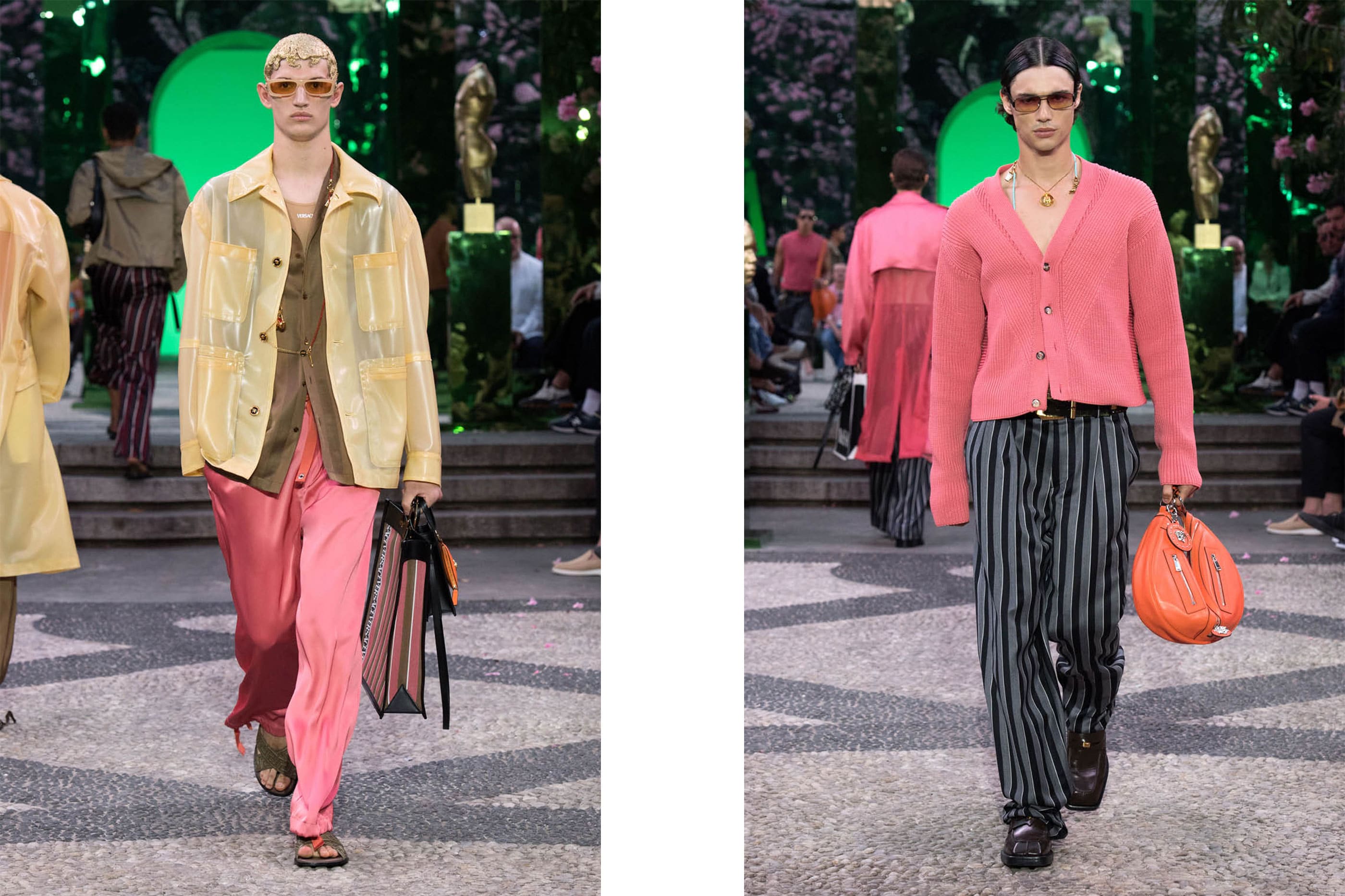 “When I work, I think of Generation Z and the freedom they have in not being afraid to mix contrasting pieces together. Pop-art meets classicism—contrast like this is everything to me, it makes you think and feel.” Donatella said in a press release. 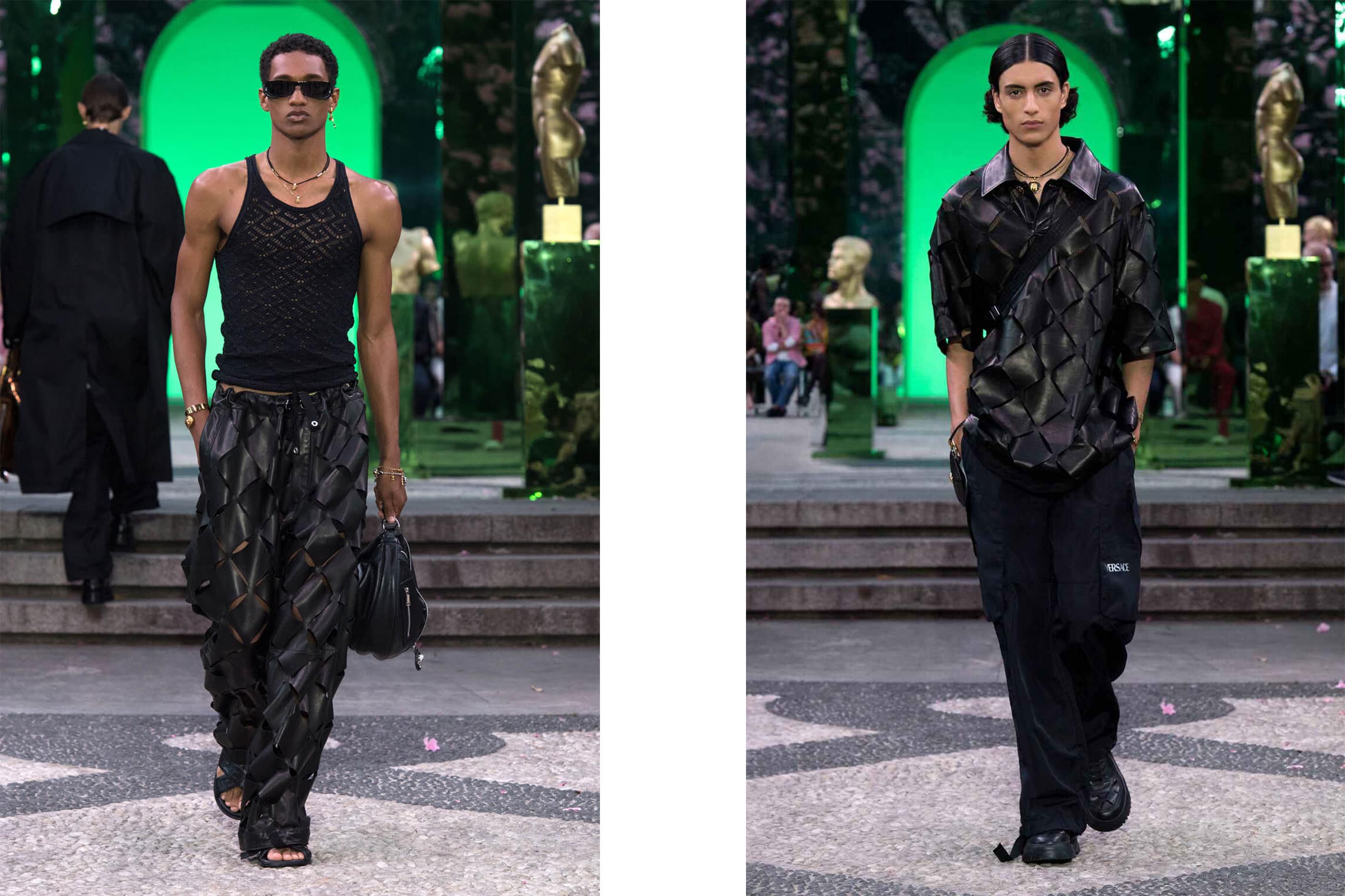 Looks were accessorised with a new kind of Versace bling. In place of oversized gold safety pins were strings of multi-coloured seed-bead necklaces embellished with tiny gold charms, slouchy handbags worn over the shoulder or carried by their top handles, summer slides, and square toe loafers. To top off the offering, in true Versace flare, were rhinestone-covered reusable coffee cups that hooked onto belt loops, incase you were worried Donatella was losing her touch.

Watch the full show, below.

PREVIOUS
The collaborations between Stüssy and Nike keep on coming
NEXT
Wrap me up, baby! These are our favourite coats for winter 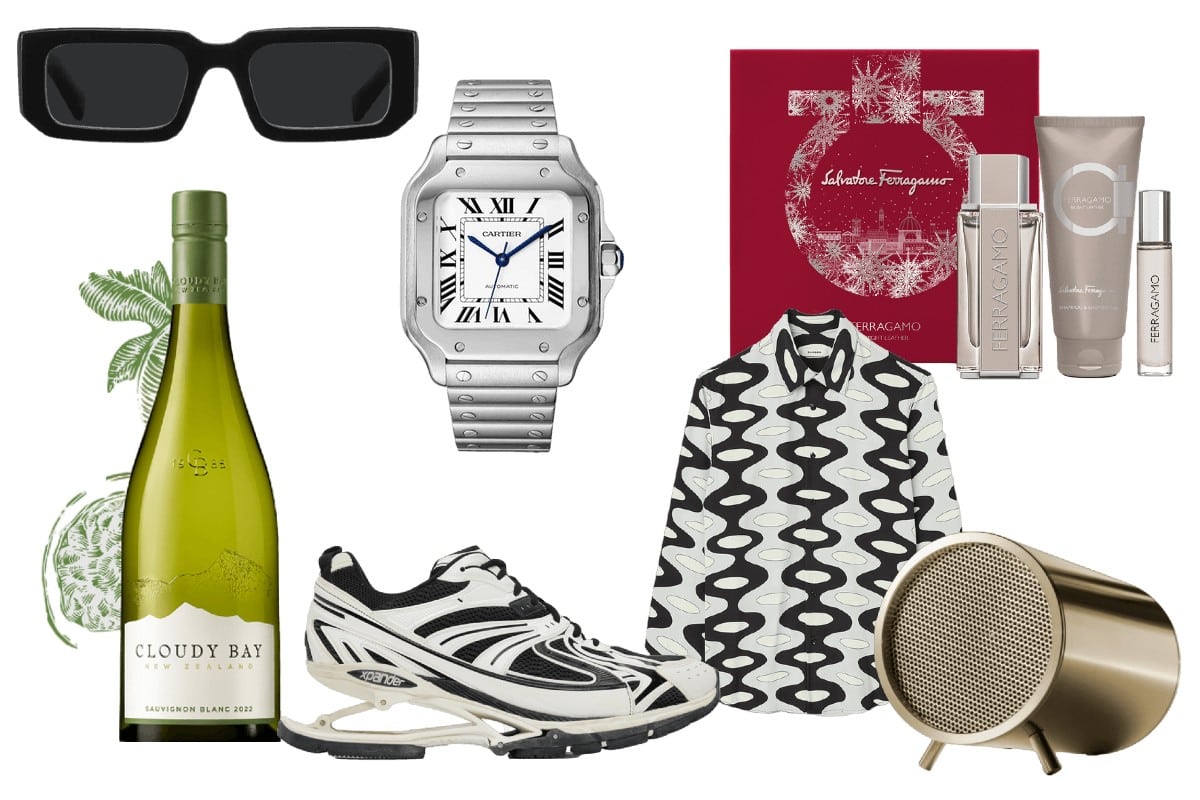 Whether your boyfriend has a penchant for the luxurious things in life or simply needs a new pair of board shorts, we have you covered. 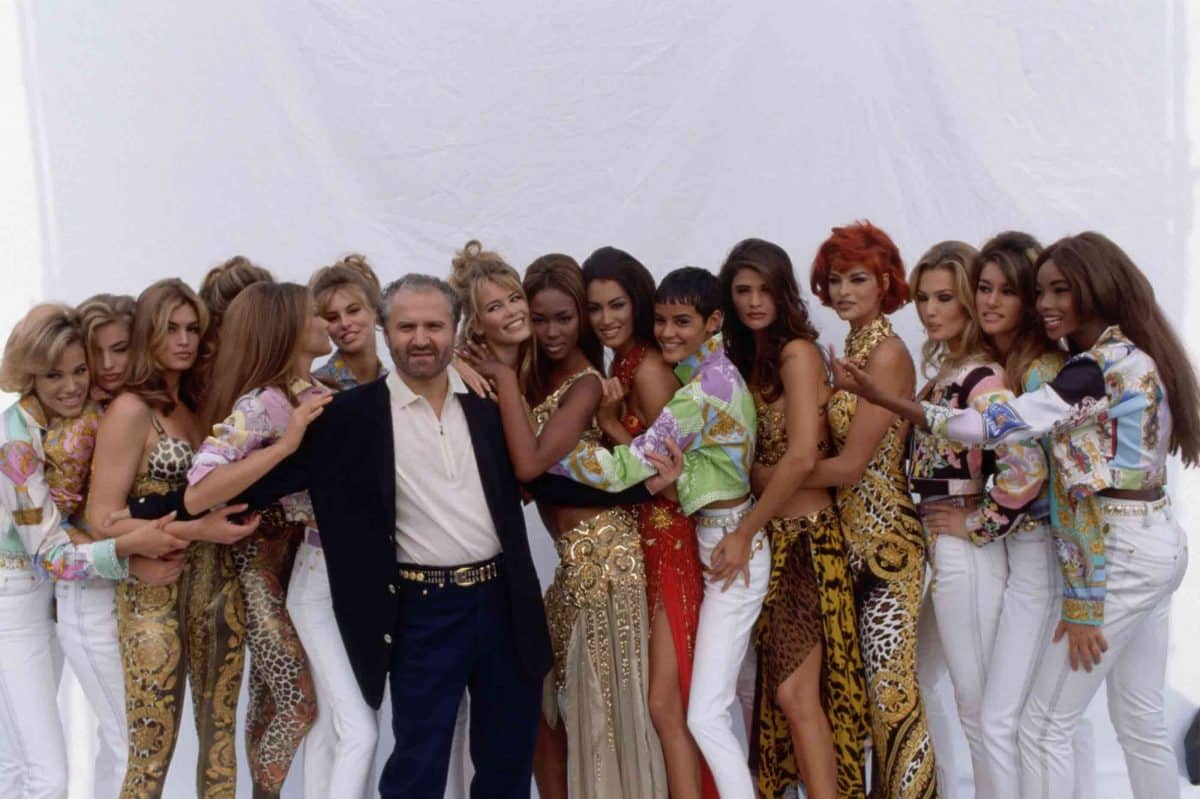 The prolific designer’s life and work will be the focus of an upcoming retrospective titled ‘Gianni Versace Retrospective’, at the Groninger Museum in the Netherlands, and claims to be one of the largest exhibitions of the Italian fashion designer’s work. 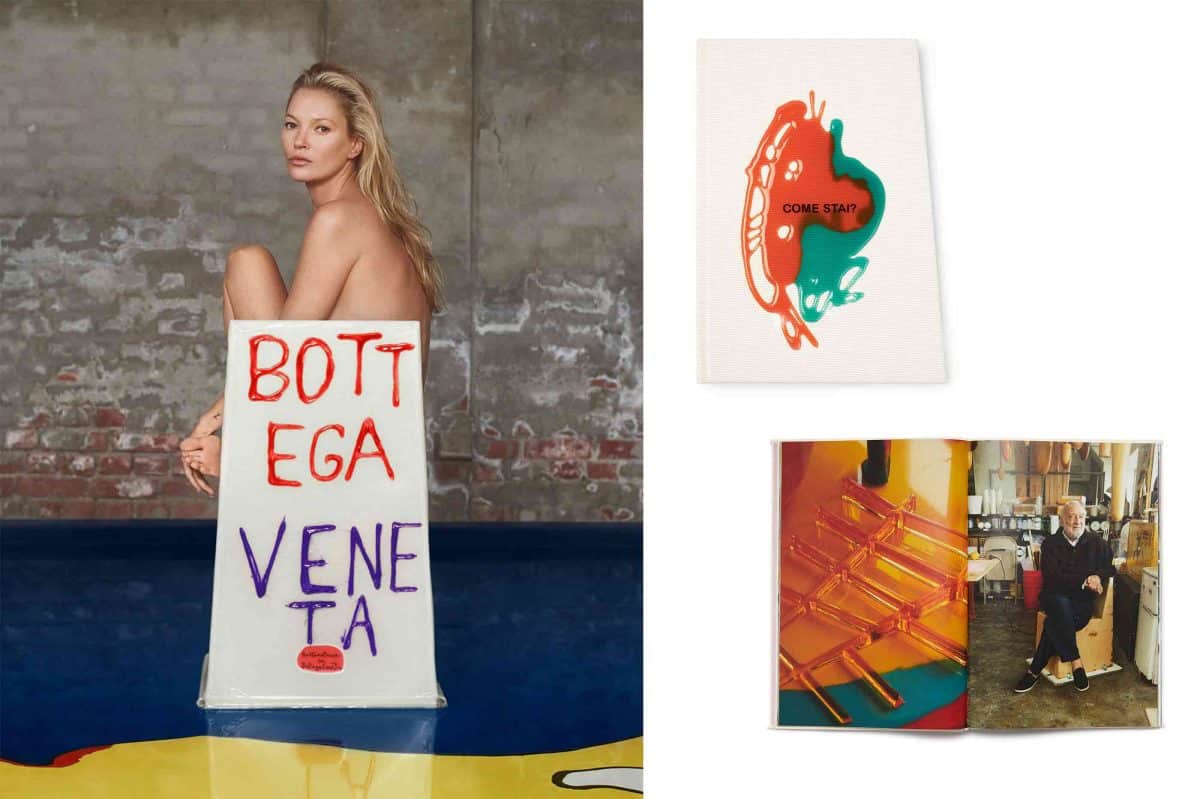 Kate Moss poses in a campaign for the exhibition of the Spring Summer 2023 show set chairs by Gaetano Pesce.