When Van Cleef & Arpels first collaborated with renowned designer and artist Arthur Hoffner, it was back in 2018 for an intricate installation for Milano Boutique during the Salone del Mobile. Now, the designer has rejoined the world of Van Cleef & Arpels once again to highlight the Perlée collection through a graphic and sculptural display to enhance the Perlée collection’s visual universe.

"I was having an exhibition at Villa Noailles at this time and it was very funny because the Van Cleef & Arpels team were there as they're a partner of the design festival that Villa Noailles organised. They entered the room of the exhibition and they immediately said "wow, it's amazing. The colours and shapes are very close to the Perlée collection spirits". So, they came to me and said "maybe we should do something together, let's create a new regime or something," Hoffner told us in an interview, reminiscing on his first encounter with the brand.

"Immediately, it worked very well as the combination of my work and the Perlée collection were very similar. The real first one was something for the Salone del Mobile furniture designer festival in Milan, which is a huge thing in the cities and we created something for the boutique. There were two displays: one couture, one men's couture in the boutique." It was the beginning of a long and fruitful partnership between the artist and the brand's celebration of the Perlée collection; one that has taken on many forms in the past 3-4 years, each growing both with the brand, artist, and in actual size, creating a sprawling archive of sorts with the works they have developed together. 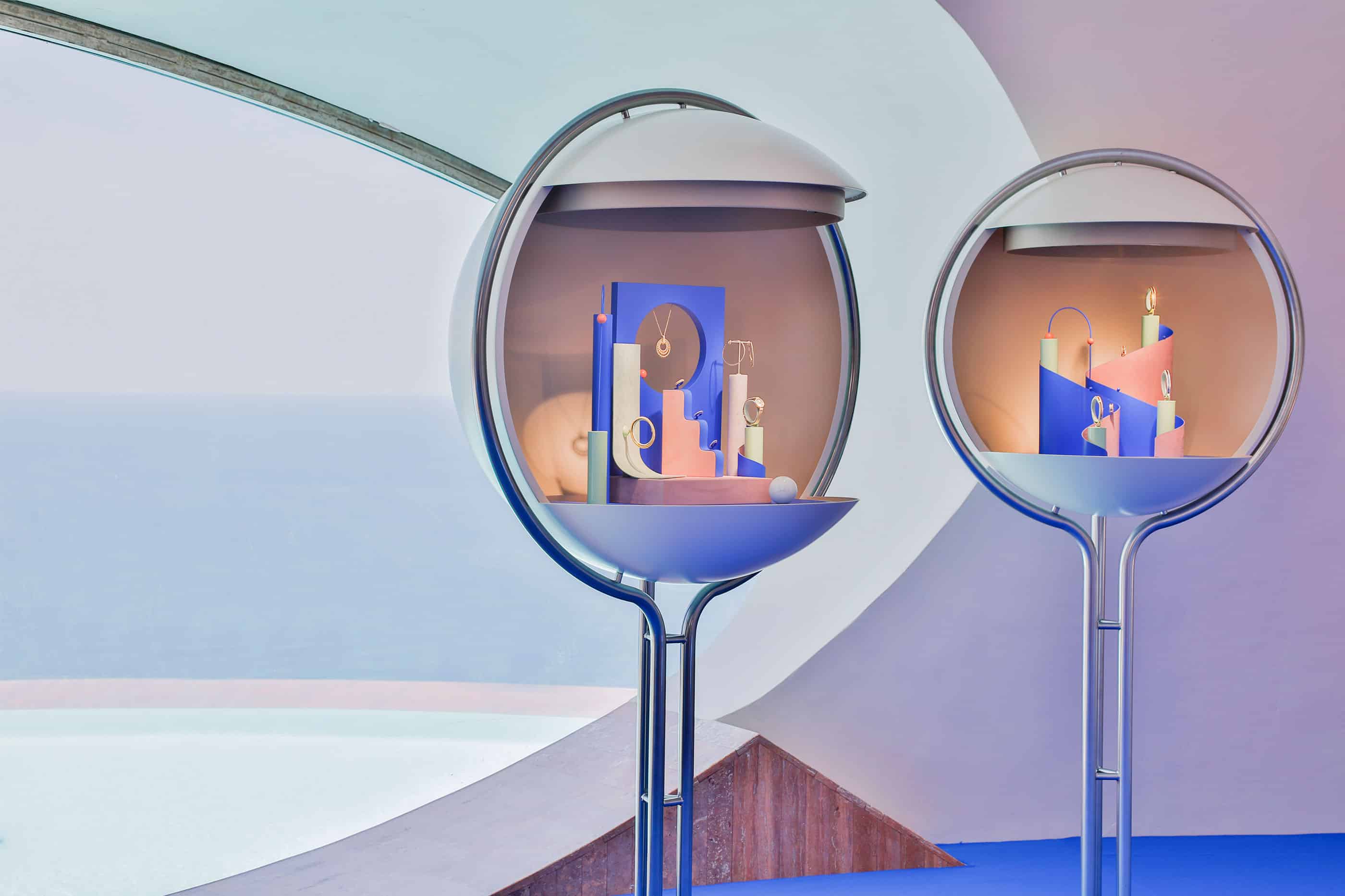 For the latest installation, Hoffner creates colourful, ribbon-like sculptures for the Perlée collection, which is integrated into images captured by photographer Erik Madigan Heck. The golden bead motif is captured alongside a series of spheres, aluminium tubes, and blocks of marble in playful shapes and shades of coral, cobalt blue, and pale pink.

After so many years of working together, Hoffner still thinks carefully about how to best champion the Perlée collection, noting: "The main challenge is to give people the real spirit of the Perlée collection... I really like to discover the displays when they are finished and when they are with the jewellery because then you really have a dialogue between the jewellery and the display," he says.

"One of the other challenges is to keep in the same direction to the work, but to add little changes every time and little variations to creating new things, but every time with the same coherence. And because now it's been four years, we've worked together with the Van Cleef & Arpels team, it could go in a direction that is not changing enough to be interesting. So, it's the thing to always keep some new way of expressing yourself." 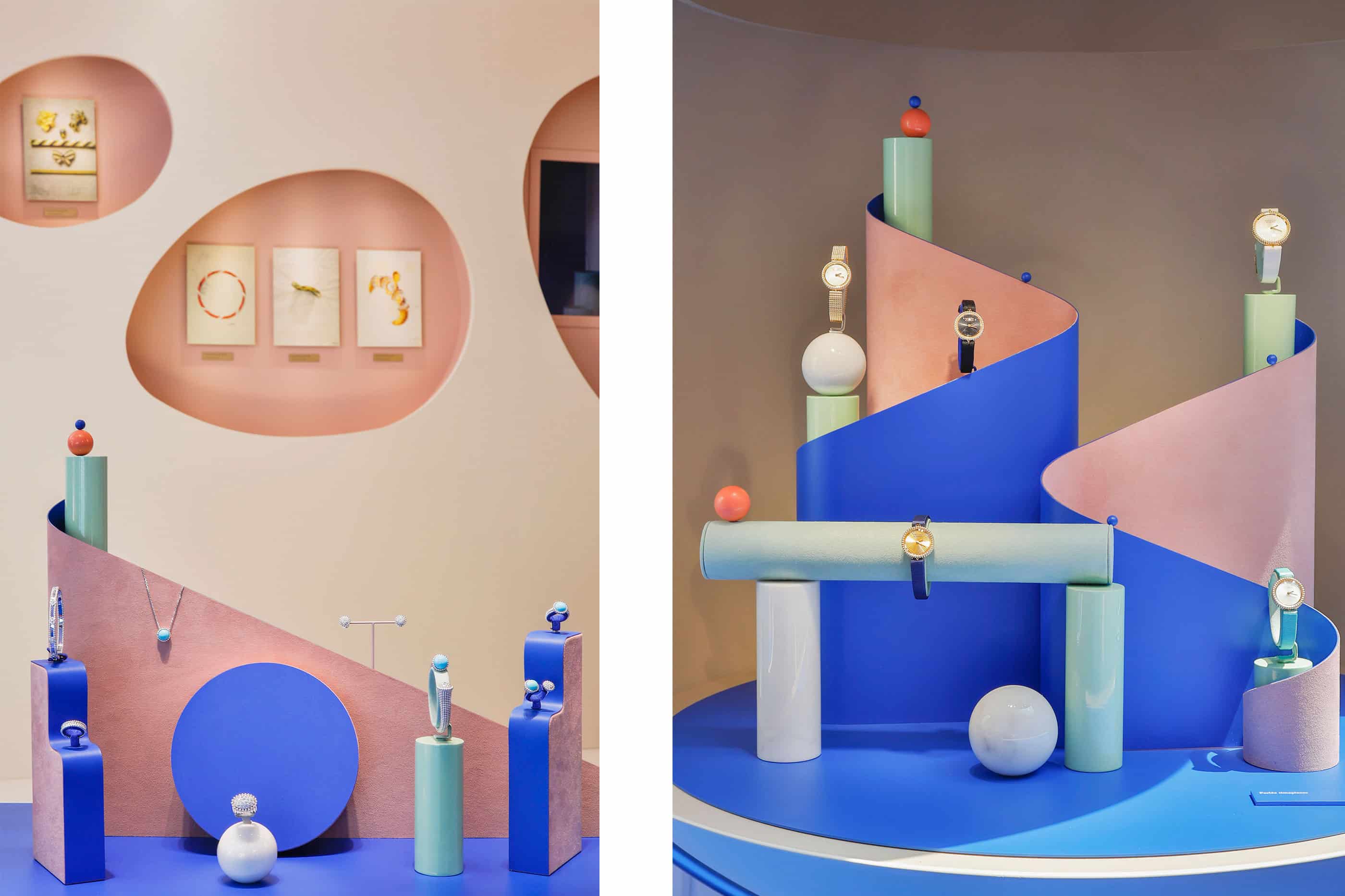 The warm and playful installation showcasing the collection of jewellery and timepieces will adorn the exterior and interior windows of Van Cleef & Arpels' boutiques around the world from September 1 to October 15, 2022. The works of Hoffner also inspired a 3D animated film, developed by the Maison in collaboration with the designer, who was first introduced to ironwork at the age of 10, and has gone on to be a prominent figure in the world of emerging industrial design and sculpture. His series of indoor water fountains are amongst his most well known pieces, his favourite thing about which, is that they are useless.

"I think the first thing is that the fountain is decorative object, I like the idea of some things that are useless," Hoffner tells us. "And because I think useless things are in a way essential to humanity and a fountain doesn't really have a function, the function is to be looked at. It's a contemplative function. So, this was the first thing and then I like to work with the collective imagination about something under the water is, of course, one of the strongest elements in our society. Because it's vital, it's full of stories, it's full of objects connected to it, so it's flowing. And then the fun thing is animated objects, it's moving, it's creating an atmosphere of sound. So that's what I like about the fountain. It's a living person, but a living object."

As for his favourite pieces from the Perlée collection? "I would say I love the very simple rings from the collection. But I will say the very, very favourite things I like is the zip necklace, it's one of the old creations… I love the humour in it and also the technical way it's made. I was really amazed to discover this in Milano for the first time."