For the fashion industry, Haute Couture week is undoubtedly one of the most inspiring events in the fashion calendar. This year, after two years of pandemic-induced anxiety, fatigue, and hopelessness, couturiers are rethinking the role of couture in a world swathed in apathy. Daniel Roseberry at Schiaparelli did so for his SS22 collection by riffng on existentialism and the empyreal, Y/Project’s Glenn Martens offered a sense of joyfulness and escapism for Jean-Paul Gaultier Haute Couture SS22. For Pierpaolo Piccioli, Valentino Haute Couture Spring Summer 22 investigated the rituals and processes of Couture in order to "create a canon that reflects the richness and diversity of the contemporary world and promoting an idea of beauty that is not absolute."

This, in itself, is a concept that has historically been mutually exclusive to the very idea of traditional Couture, and it is evident when models, of all ages and sizes, walk through the carpeted halls of the Maison’s 8 Place Vendôme in Paris to a soundtrack specially recorded by Anohni. There is emotion in the air, it filters through the screen all the way to Australia. In place of the usual rigid body and age requirements that traditional Couture has kept so close to its chest even as the world moves on from such archetypes, bodies are represented in a way that Couture has not seen before. 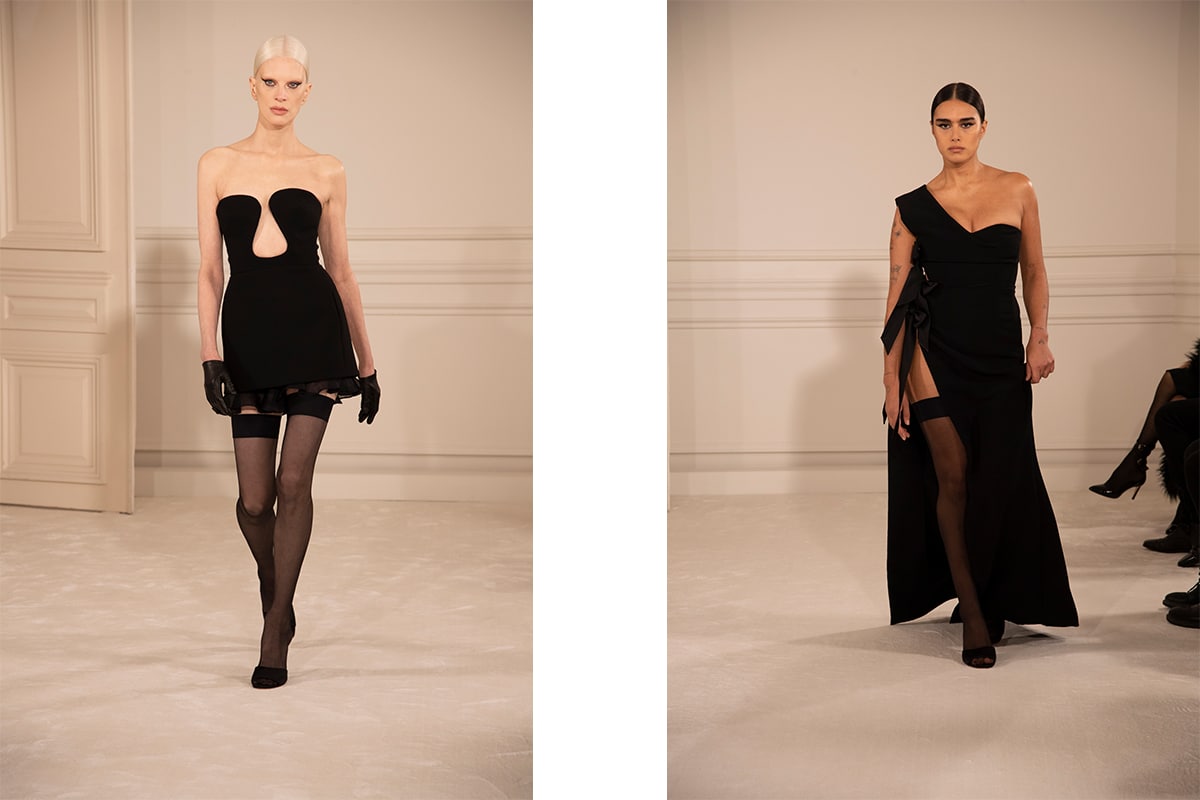 The House codes are upheld, but their values have shifted. Titled, The Anatomy of Couture, the body was the focal point of the collection, where silhouettes follow closely behind – after all, fitting Couture to the client has always been the idea, but the delivery of the dream has always existed on young, waif-like frames.

This season, fitting on more than just one House model, Piccioli was able to illustrate this intention in the most expert of ways. There were mini dresses worn by Kristen McMenamy, defying traditional tropes of age-appropriateness, and voluminous skirts and bows, expertly placed to balance proportions, never feeling overwhelming. Structured bodices and architectural skirts were worn alongside stretchy jersey body-con dresses and fluid chiffon trains, while nudity peeks through extremely short hems, glinting from deep necklines that reveal the torso. 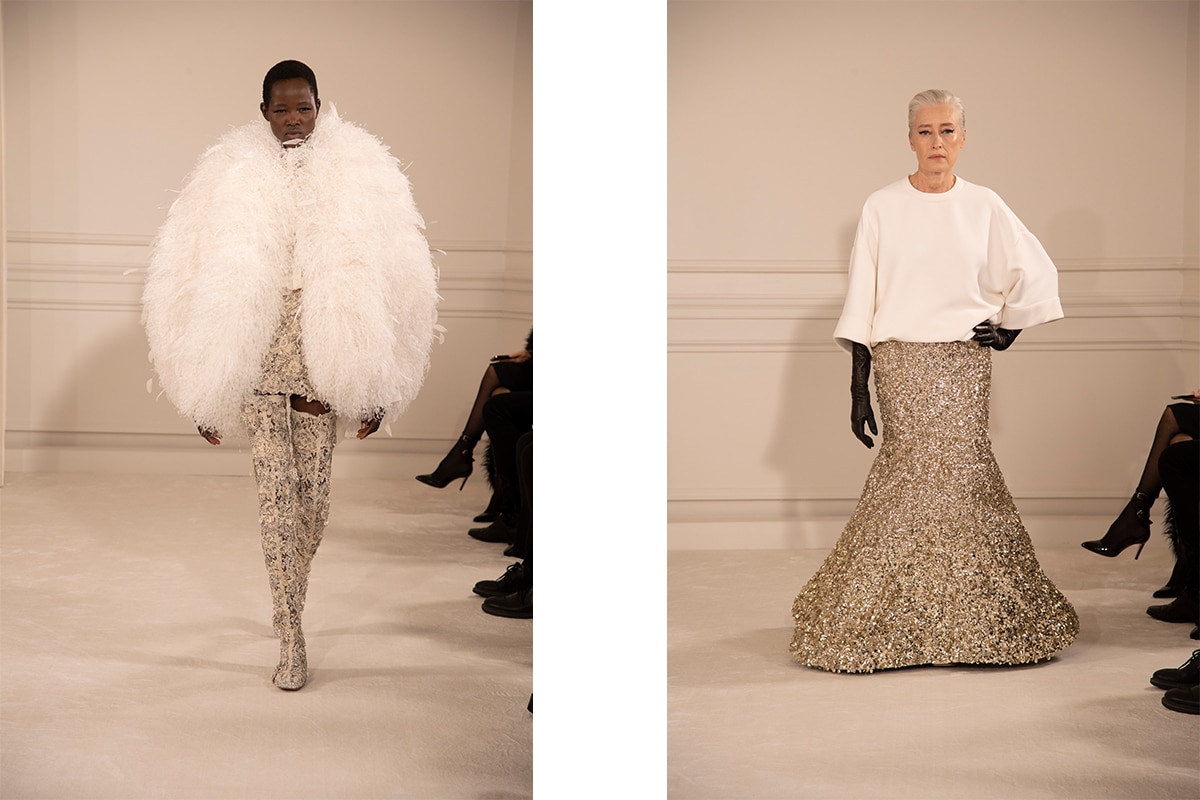 Hand-embroidered Venetian glass beads drop from chocolate tulle, while heavily sequinned moments intercept sleek tailoring and voluminous evening gowns. In signature Valentino fashion, blocks of vibrant colours are present throughout, and in a couture season where is appears many are stripping things back to monochromatic collections, Piccioli is staying true to fuchsia pinks, lilacs, corals, greens, and cornflower blues. 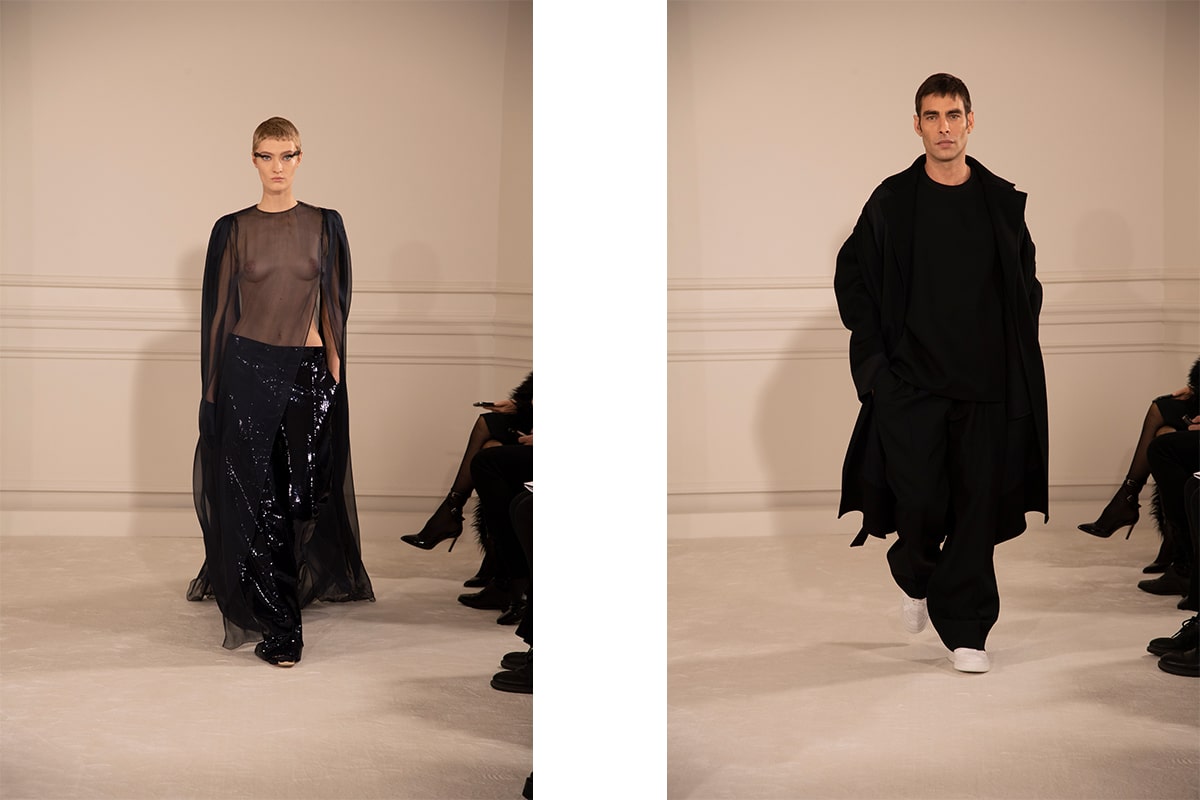 And while the garments vary in drama and theatrics, the message remains the same: "The body is the starting and ending point of the whole process" the show notes explain. The point, the Piccioli is expertly communicating, is one of the beauty of expression, one that, in Piccioli's progressive world of couture, no longer looks binary. This is the legacy he is carefully laying for himself in a way that whispers instead of yells as a pioneer of new ideas while upholding the pillars of Couture that truly matter: craft, creativity, and imagination. In a world that is constantly questioning the purpose of fashion's place and value within an increasingly conscious society, Couture stands out – with Piccioli's help – as a force of optimism throughout it.

PREVIOUS
Yes, Sylvie really is the main style event of Emily in Paris
NEXT
A look back at the style evolution of Pamela Anderson 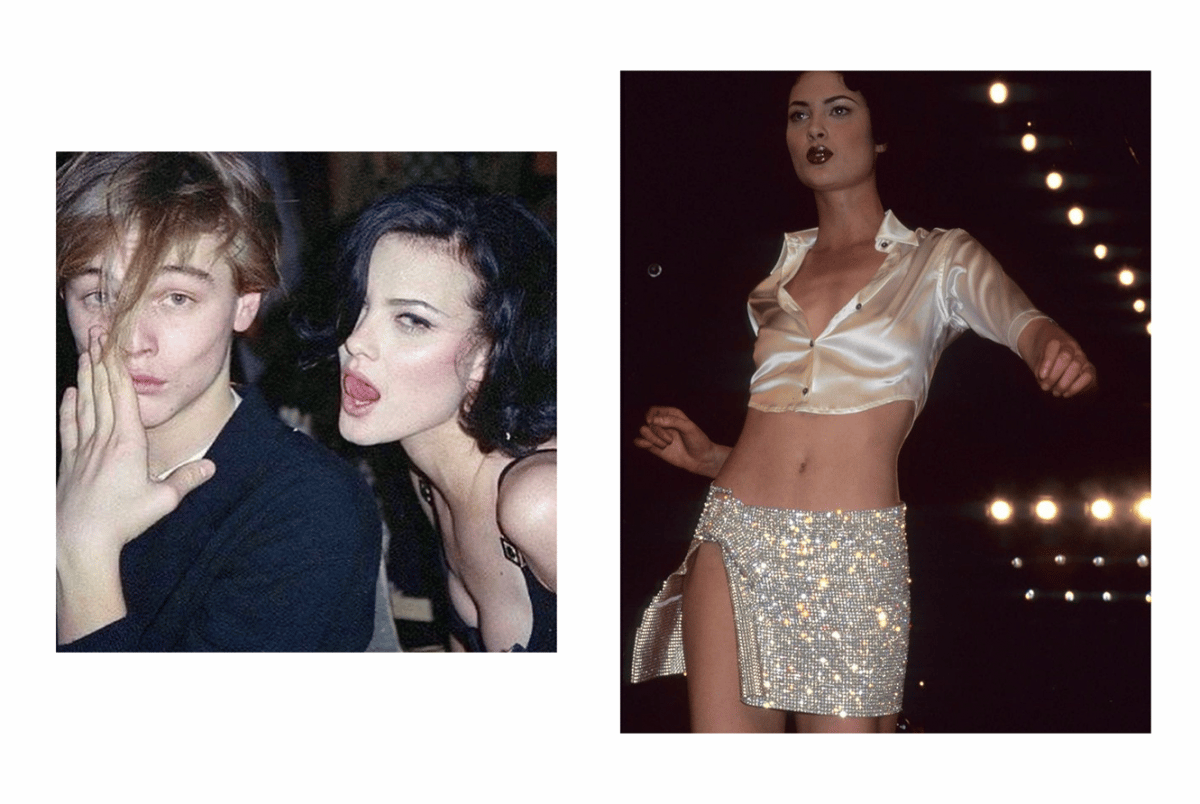