Based on Roald Dahl's 1983 book of the same name, The Witches was a movie that both fascinated and terrified.

Firstly, we start off with Academy Award winner Octavia Spencer, one of the greatest actors of all time. Immediate tick. I will watch absolutely anything she is in. Next we throw in character actor and pandemic home-chef, Stanley Tucci. To top off this winning cast list we have Academy Award winner Anne Hathaway taking on a role made famous by the iconic Anjelica Houston.

With a cast like this, you'd be surprised to know that this one is slated for a streaming release on HBO Max. Of course, it was originally set for a cinematic release, but with many cinemas around the world still closed due to the coronavirus - and many others choosing to close due lack of new release movies - it's releasing on streaming instead.

You'll find it on your small screens on October 22 on HBO Max. For those in Australia, unfortunately HBO Max is not accessible. But HBO has a licensing agreement with Foxtel, so it's quite likely we'll see The Witches remake on Foxtel's new streaming service Binge.

In the meantime, watch the trailer below.

You can't remake an iconic film like this without nods to the original film - and what a film the original 1990 The Witches was.

I remember seeing the VHS cover of the original in my local video store as a child. A close up of the striking Anjelica Houston, dressed in purple with a glossy, glamorous black bob. She looked alluring, but at the same time, she was a little scary. It made you feel everything, all at once - it's why the first film was great.

It was intriguing yet funny. It was glamorous but frightening. It was adventurous while also heartfelt.

Here's hoping the new iteration lives up to its predecessor - and here's to more 90s movie remakes. 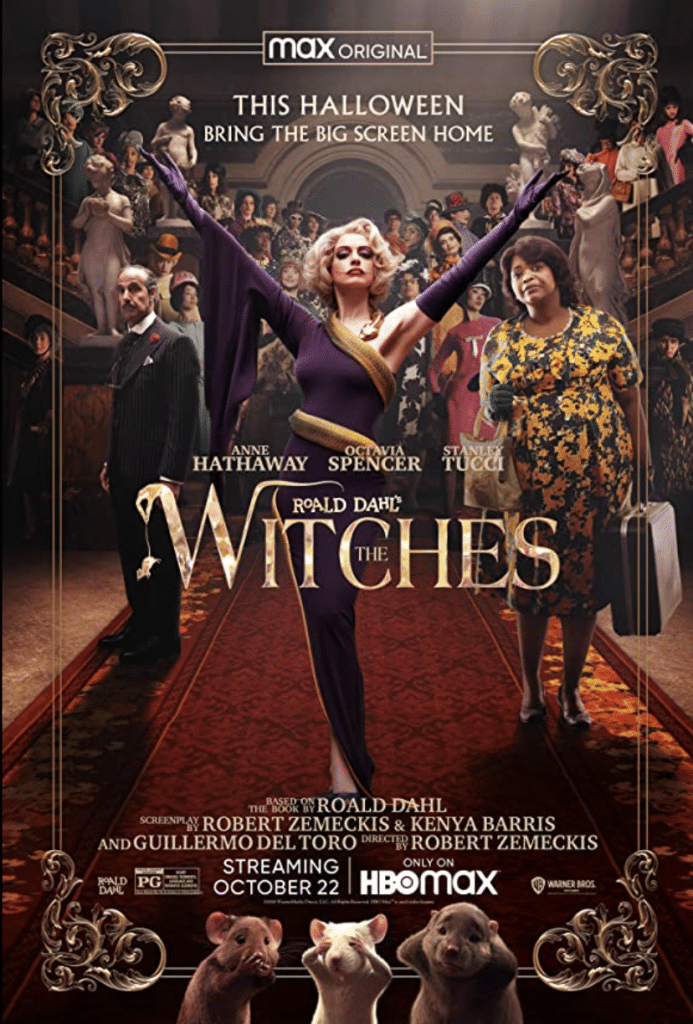