How do you catch smoke? Freeze a moment in time and put it in your pocket? Speak the unspoken, or eff the ineffable? Getting a grip on The Necks is similarly evasive. Formed in Sydney and now based between Sydney, the Blue Mountains and Berlin, The Necks have been walking their own path for some 30-odd years now, and with his bandmates, drummer Tony Buck and pianist Chris Abrahams, bassist Lloyd Swanton hopes to continue to for some 30 more. The Necks live in a liminal space between genres; outside of trends, an alchemical concoction, less understood than felt. Often labelled ‘jazz,’ the music both more and less than that – the drums, bass and piano trio conjure minimal, repetitive, almost imperceptibly evolving motifs over an extended duration that lends their work an elemental monumentality unmatched in regular song-based musics. “I think in our early experimental workshopping days with the group, learning just how slow a pace was needed was a really crucial step. You can’t actually compress time in the case of what we’re trying to do. Over the years we’ve faced various challenges trying to fit into a world that doesn’t have endless time available to listen to The Necks figure out what they’re doing,” Swanton says.

A devout, outsider following. A solid global touring network. A feature in the New York Times titled My Obsession With The Necks – The Greatest Trio On Earth – the reverence inspired by The Necks is impressive and justified. Their completely improvised live shows are lauded, transformational affairs. Their recordings, powerful meditations on minimalist repetition and dynamic energy, can be transcendent. Beyond words, The Necks are best experienced for oneself on one’s own time. Ideas of time and duration are central to The Necks – going since 1988, and with ‘songs’ rarely running less than twenty minutes and often over an hour, they invite the listener to explore infinity. 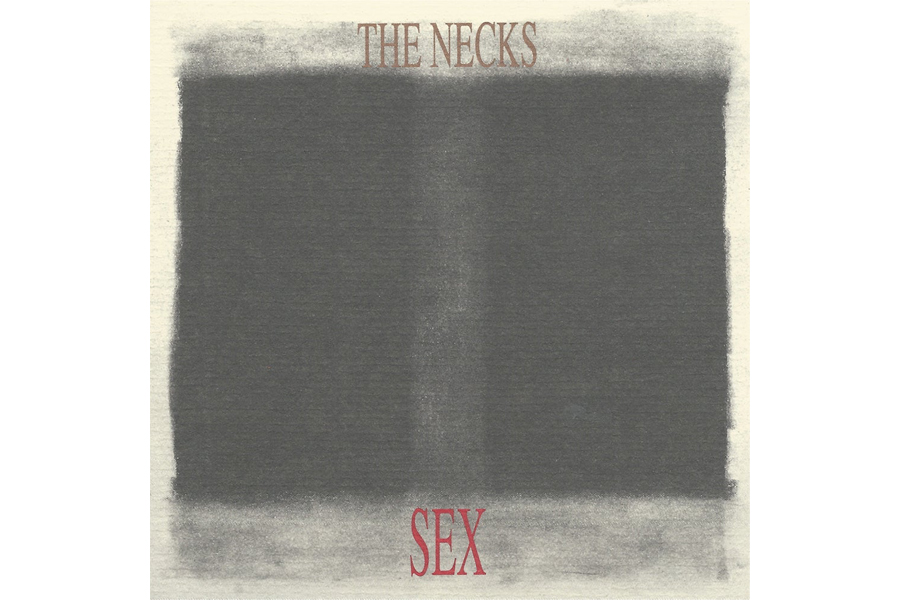 Recorded on Christmas Eve, 1988, their debut album Sex laid their cards on the table. A single fifty-six minute and six second track set threw down the gauntlet through which everything else would follow. Their catalogue of slowly unfurling, durational works is a genre unto itself and offers a stunningly rich variety within their own framework. Their twenty-first and most recent album, 2020s Three, offers a kind of sampler – from a maelstrom of rapid-fire repetition, to smoky, beguiling ambience, and seemingly random patterns that crystallise as they climax.

Swanton shares the common conundrum when asked to describe what they do. “The first thing I say is we do our own thing. Then of course people want to know what the precedents are. I guess there are a handful of adjectives that one can use, you say atmospheric and hypnotic and trance-like. Then I say it’s completely improvised. We’ve gone over 30 years now and we still haven’t come up with a successful description of what we do,” he says.

Further complicating matters, there’s a duality to The Necks exemplified in their approach to recorded and live works. A live show by The Necks involves the three of them walking out onto a stage, without a note pre- determined, as one of them steps into the unknown and offers a note or a figure, and the other two eventually follow. This unfolds for the next hour or so in an unbeknownst direction. In the recording studio, things are a little more controlled and malleable. “There’s such a difference between the recorded Necks and the live Necks. Very early on in the band’s life, we had to confront the fact that there’s no way we can replicate in the studio what we do live, and there’s no way we can replicate live what we do in the studio. The whole notion of our live performances has never changed, three guys get onstage with no idea what they’re going to do, and then they start. Obviously, there’s a lot of overlap, it’s the same three guys, and the patient unrolling of the agenda is definitely a feature of our music. But I think whether it was even conscious at the time or not, we made what I would say in retrospect was the brilliant decision to try to accentuate the positives of that. We’ve always had the two sides of the band.” 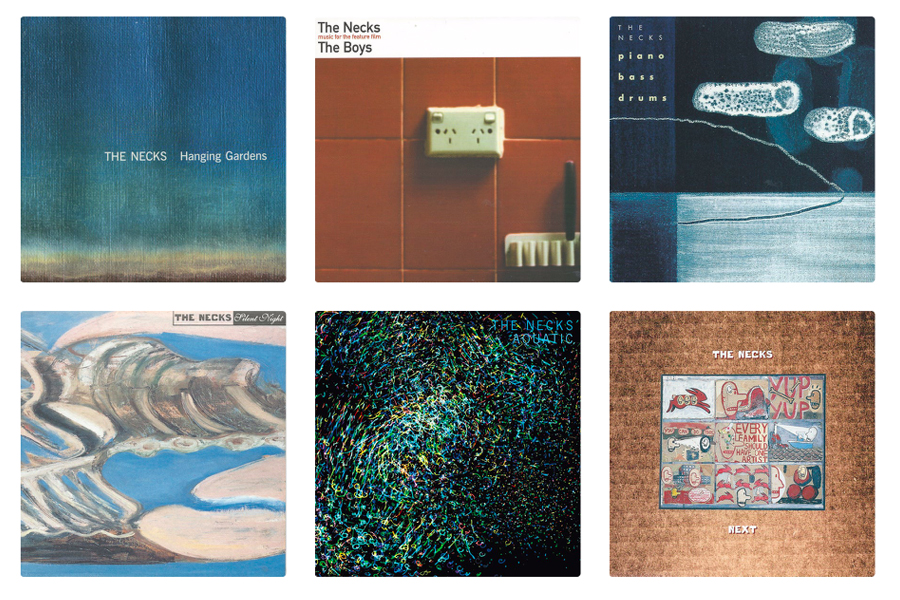 Recording with The Necks begins casually, an approach afforded by mutual trust and creative synergy.“It rarely takes more than just an email discussion. There have been albums where we’ve literally all sat there in the control room on the first day and looked at each other and said, ‘So, who’s got an idea?’ And one of us will drop something into the ring and say, ‘What about this?’ and then we’ll pursue that. We might spend a day or so going up some dead ends, but usually by the second day the direction of the album has well and truly been established,” Swanton says. “There’s such a trust between the three of us and our recording engineer Tim Whitten. There’s also an understanding in the group that all three of us have to be onboard with where it goes. It would be simple to say that in a trio all that’s needed is a two to one majority, but we believe it has to be complete consensus, to have anyone not 100% committed to a direction would be a nightmare for us.”

That trust plays out just as strongly in bands’ live incarnation. Stepping into the unknown night after night, faith in each other and the process prevails. “It’s still challenging, particularly when some pieces have a difficult gestation you might say, but we’ve learned to trust. We don’t have to have that magic moment when we walk out on stage, but we know in the course of the next hour or so someone’s going to have a half-decent idea and if we all jump on board, magic happens.” These days Swanton finds himself entirely in his element on stage. “I would say the place I feel the safest on earth is on stage with The Necks,” he says. “I’m totally relaxed and surrounded by people I trust and the sort of sounds I want to hear in my world. Through luck or circumstance or determination we’ve got ourselves in a position where we’re eminently comfortable on stage.” 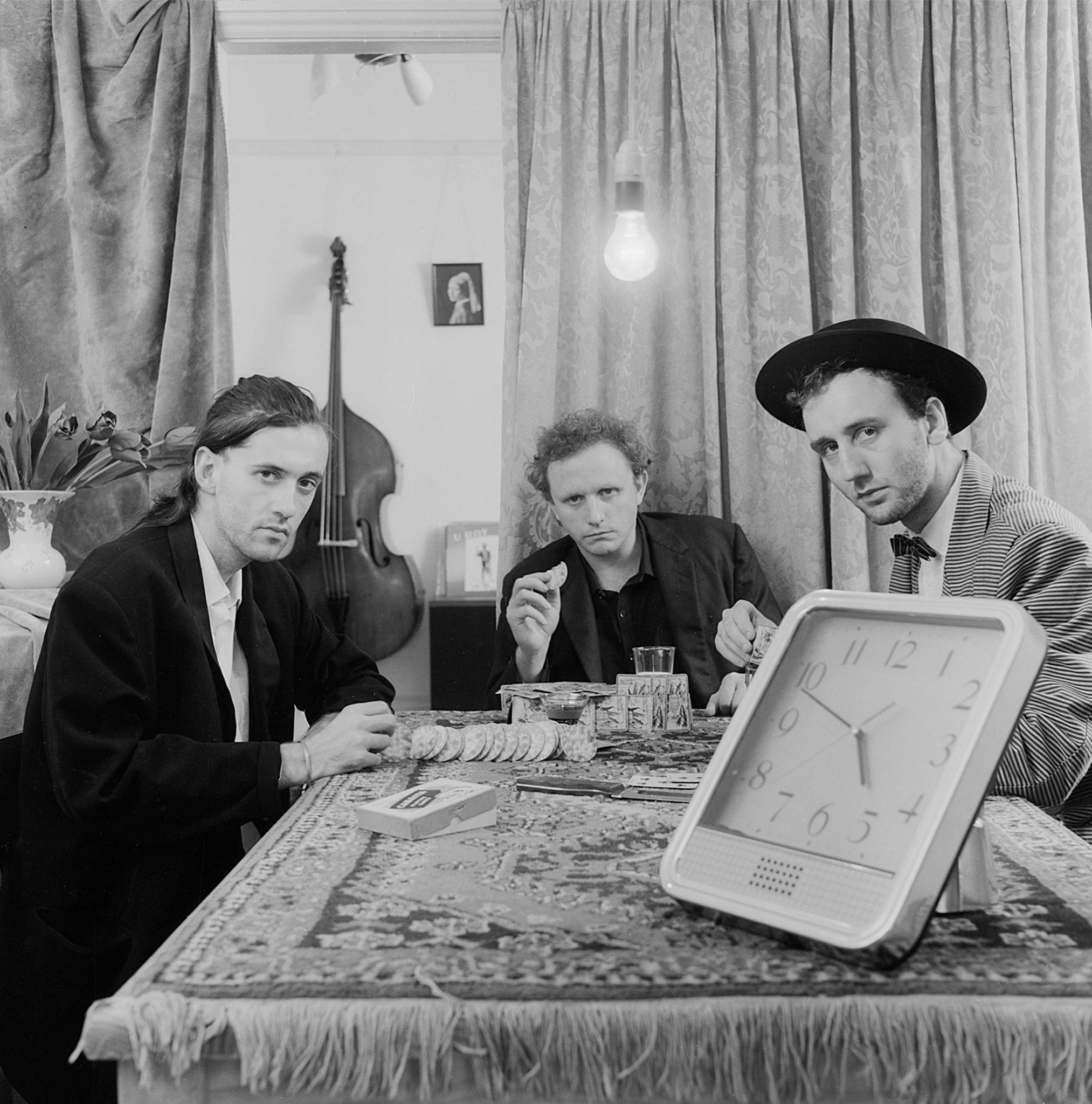 The atmosphere of The Necks’ music, both live and recorded, at times bears an undeniably spiritual weight. Its instrumental nature touches on feelings and ideas beyond language, the repetition and trance-like nature encourage internal or eternal contemplation, for both the listener and the player. “I feel like music is a glimpse of the infinite, and I feel with The Necks I get those glimpses. I would be so bold as to say that I’ve had some almost spiritual experiences with the band, and plenty of audience members have said the same thing,” Swanton says. “Some people view life through a far more spiritual prism so they will quite possibly be more open to discerning that in our music. I don’t go much further than that, personally I guess I’d describe myself as a nihilist these days. I essentially believe we don’t exist for a lot longer than we do exist and that’s the defining fact about life, that it’s a very firm holiday from non-existence. I range from the urgency of realising that every minute of life is precious to complete fatalism that nothing you do is going to change a thing and I reckon both of those come out in the music of The Necks.”

This is where you find The Necks, three decades into their oeuvre, making inimitable, deeply moving music and widely cherished for it. “The irony is this is easily the most successful band that I’ve been involved in, certainly in terms of critical success, and it was the band which had the least ambition of any band I’ve been in,” Swanton reflects. The ineffable feeling conjured playing with his best friends is above all what keeps him going. “We’re not looking for a breakthrough. There’s an understanding in the band that if we never got another great offer or exciting chance to do this or that we’d still have that magic whenever we got together and played. I can imagine us in a nursing home together still making music together, arguing like shit but still getting a great deal of satisfaction in making music together,” he says.

With the majesty of time, The Necks have carved a unique line into the landscape, for which Swanton is appreciative. For a band whose approach is seemingly the antithesis of commercial viability, especially in our digital age, The Necks have not only endured but thrived. Locked in their own groove exploring the majesty of time, with magic just around the corner. “To do what we’re doing for another 30 years would be an extraordinary achievement, to be generating the same child-like curiosity and child-like delight at what comes out. If it finished tonight, I’d be very, very sad but I’d also feel utterly fulfilled with where the 33 years has taken us and what we’ve done with it. I’m very, very proud of it.