Mahershala Ali won't let up, nor do we want him to. Along with starring in the Netflix adaptation of Leave the World Behind, he's also stepped into the role of Cameron for the forthcoming film from Apple TV+, Swan Song — which, by the way, we finally have a release date for.

Early this week Apple revealed that Swan Song would be launched on Apple TV+ on December 17. So for those of you on standby, we can look forward to a Mahershala Ali performance just in time for Christmas. Apple sure knows how to get us in the holiday mood! 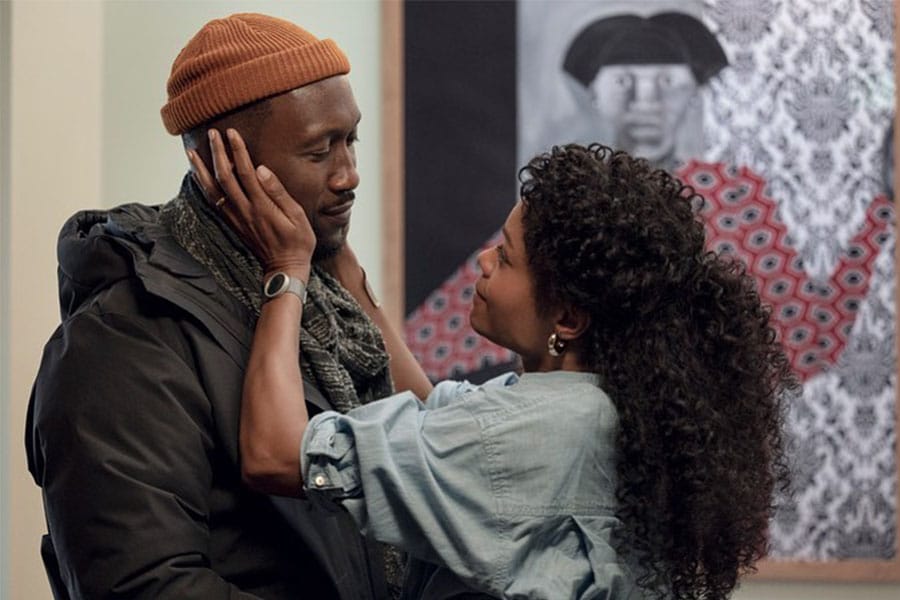 Along with the announcement, Apple released stills from Swan Song granting us our first look at the films' casting. We were already aware that Awkwafina would be joining Ali, along with Naomie Harris and Glenn Close (!!). But after glimpsing the teaser pics consider our appetites officially whet. There's no denying the on screen chemistry between Ali and Harris, who will be playing a married couple and each others soul mates in Swan Song. Meanwhile, Awkwafina is set to play Kate, Cameron's best friend and confidant, which is funny because we wish she was ours too!

Helming the project is Benjamin Cleary, the Irish writer and director who brought us Stutterer, which won an Academy Award upon its release in 2015. Both Cleary and Ali have collaborated together to produce Swan Song, a feat Ali has described as a "great experience" since a lot of the time Black actors have to put in extra labour to make their character's feel authentic as often they're not written with Black performers in mind. So he was glad to be given the space "for those ideas and that feedback to not only have impact, but to be credited as well," explained Ali.

What can onlookers expect from Swan Song? From all reports the film is a futuristic exploration of how far a person will go to better the lives of those they love. This is the MO of Ali's character, Cameron, a father and husband that is confronted with the diagnosis of a terminal illness.

All we know is, this may just be Ali's best performance yet and the new trailer confirms this. Mahershala's character is going through the motions, deciding whether or not to hide his illness from his family, introducing an exact clone into his family instead so as not to distress his wife and son. Of course, it's not as simple as just stepping away, and the trailer alludes to this. It's emotional and heart-wrenching. Also, Glenn Close reminds us why she's a bad ass b****.

Find the trailer for Swan Song, below.