The closing show of a never-before-seen Couture season.

Pierpaolo Piccioli knows how to put on a finale to remember, and that’s exactly what he did for Valentino’s fantastical Autumn Winter 2020 / 21 Haute Couture collection show. 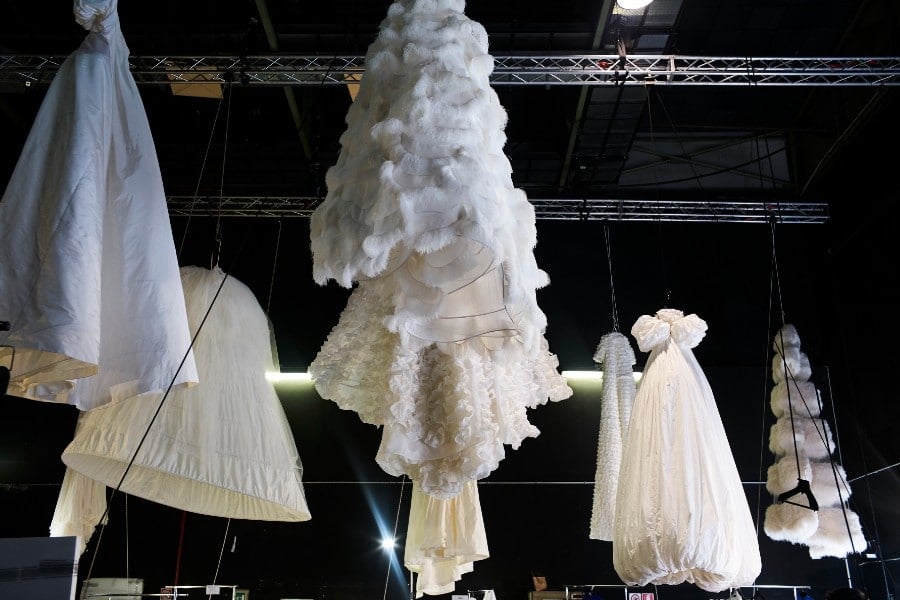 Debuted via virtual live performance, the show titled Of Grace and Light was captured and brought to life by renowned British photographer and film maker Nick Knight. This presentation was a new venture for Valentino, another Maison navigating their way through the limitations of the coronavirus pandemic and finding a wonderfully creative way to showcase the incredible Couture pieces.

The 16-piece collection was a dreamlike wonder of white and sparkle cascading gowns. The colour white was chosen as a symbol of purity and new beginnings, representing a clean blank slate with a future of endless possibilities. The silhouettes were forever long and quintessentially Piccioli’s signature Valentino. From exaggerated ruffle shoulders, to layers upon layers of feather delights, goddess like sleeves, artful headpieces and a transfixing sequin moment like no other. 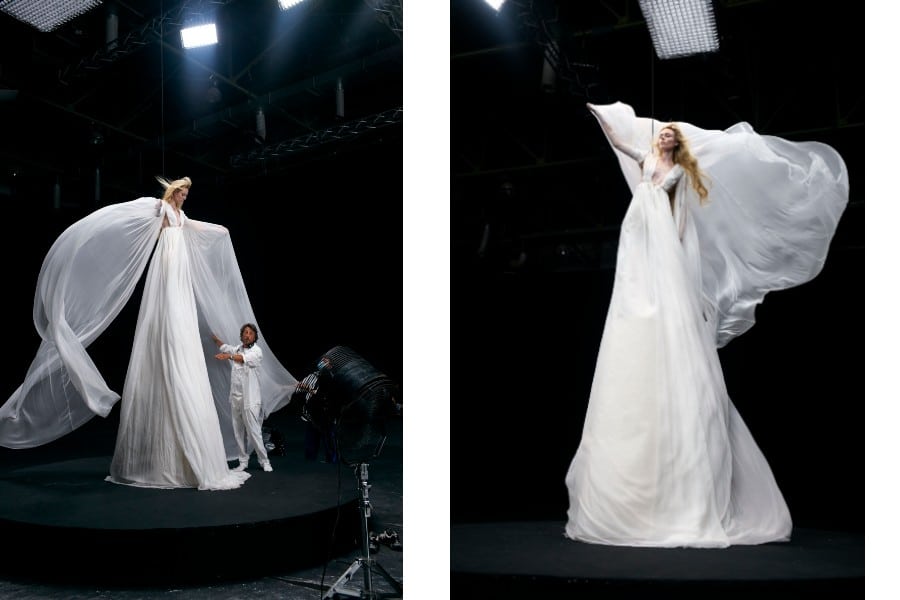 The live performance was a hybrid of a digital show and physical event with a local audience held at the popular Cinecittà Studios in Rome, the largest film studio in Europe. The stream began with a pre-recorded artfully glitchy montage of the models in their gowns in which lighting projections of flower motifs and feathers played across the cascading silhouettes suspended in the air in an almost circus like fashion. The film was also accompanied by the lyrical soft sounds of FKA twigs.

When the real-time show began, a curtained opened up, unveiling the masterful 16-look collection in a blackened studio. The soaring length of the dresses then exaggerated with models looking suspended in air. We then saw detail shots of each individual look, showcasing the incredible craftsmanship of the ateliers before Pierpaolo Piccioli walked out and took his well-deserved bow. 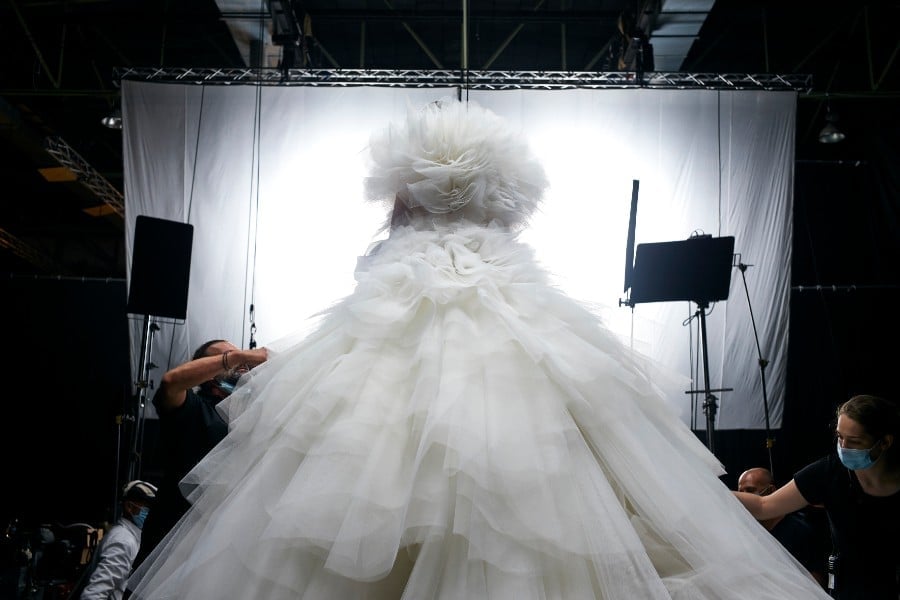 As stated by Valentino, Couture is an invite to dream with open eyes. Let yourself get lost in the wonder and watch the complete film here.