If there's one thing we have come to learn over the years, it's that designer Jeremy Scott does not do conventional. If you have ever been disillusioned by that fact; let us remind you of the time he sent models down the runway in Chanel meets-McDonalds inspired looks. Regardless of his blatant disregard for 'wearable' or 'chic' styling (for the most part, anyway); our love for his pure, bright and frankly unadulterated approach to his collections has never wavered. Now, back for spring summer 2022, Moschino and Jeremy Scott have issued another unforgettable collection. And the latest homage to kitsch Americana comes in the form of a Moschino musical. 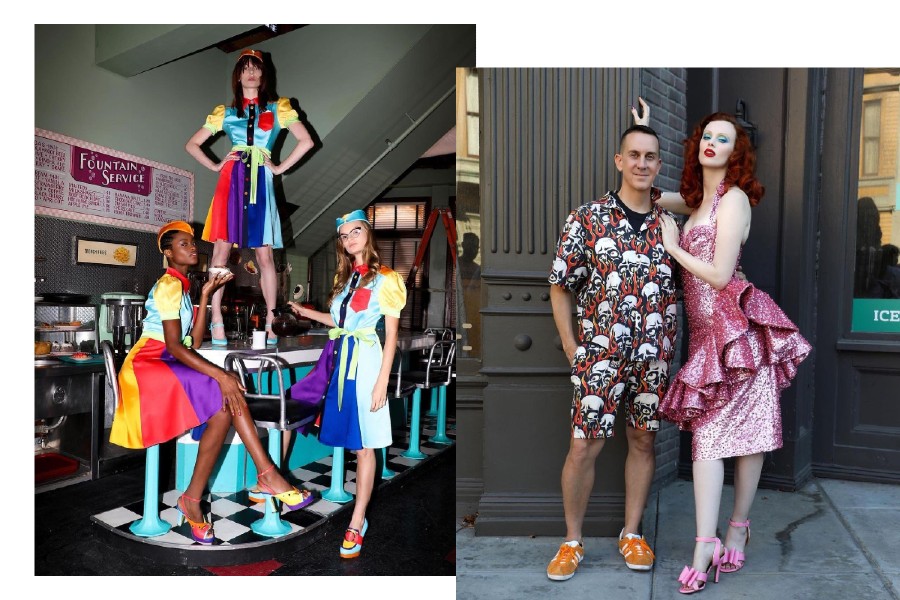 The man certainly understood the assignment; and as we've seen recently, is definitely partial to an old Hollywood film moment. Lightning Strikes: The Moschino Musical is the third film the brand has released, following on from Marionettes and Jungle Red. This time around, the main star is the ethereal Karen Elson; starring as a waitress in a 50s diner and dreaming of a life beyond the monotony of pouring coffee.

Watch the full musical below.

The musical and the collection are an undisputed tribute to the all-American life throughout the decades. Coloured pinstripe jackets and suiting reminiscent of Guys and Dolls; mid-century day-dresses adorned in prints that are anything but ordinary; comic books, pinball graphics, diner dishes covering tracksuit sets and denim.

On the more extreme side, Moschino spring summer 2022 turned the hamburger into a headpiece, pencil skirt and matching purse; an ice cream cone dress (hello, Madonna) and the pièce de résistance – a hotdog dress. 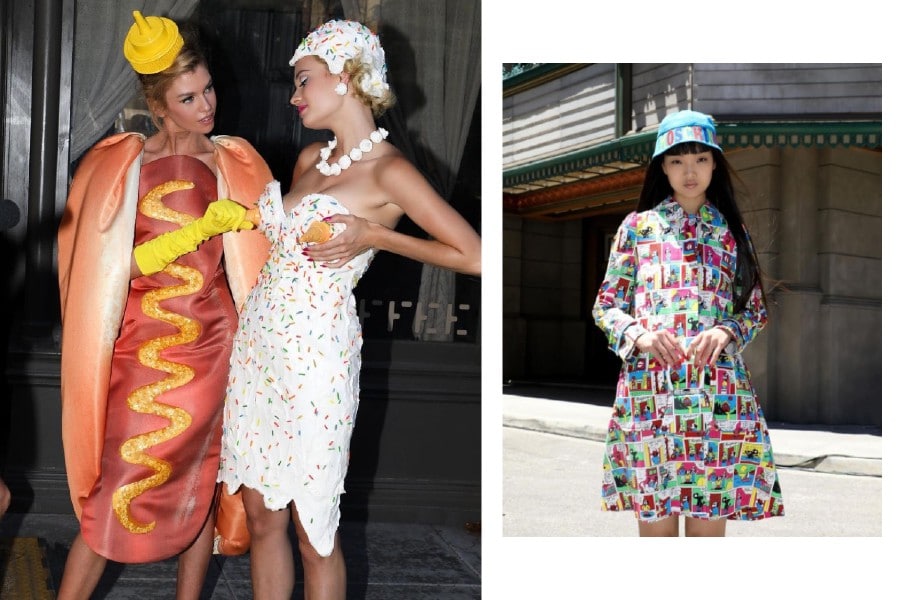 Jeremy Scott and Moschino are set to make their runway return this September in New York. The impending show is perfectly timed with the postponed Met Gala, which is taking place on September 13.

Moschino could not be a more perfect fit for this year's theme; which is Dubbed In America: A Lexicon of Fashion. If there's one thing we know for certain, it's to expect plenty of outrageous creations from Scott on fashion's night of nights.