Milk Makeup is a brand with a story different from most.

After working, and almost living in Milk Studios, a creative hub in New York City, Zanna Roberts Rassi and her now husband Mazdack Rassi had an idea. The people they were surrounded by at Milk had bold metallic eyeshadows, green nails, fresh skin. They wore makeup in new and creative ways, something they didn't see in the current products on the market. So they teamed up with Georgie Greyville and Diana Ruth to create Milk Makeup - a brand that reflected the fashion, art and music they saw every day.

Following the launch of the cult brand into the Australian market, we caught up with Zanna to find out more about the brand and exactly why its been one of the most celebrated beauty brands since its inception. She reveals why they chose to be vegan from the beginning, her essential products and why they turned to the Lamborghini factory for inspiration.

What what what inspired you to start the brand?

Gosh, so many different things. My background is as a beauty editor. So I've always had this in me that that has to be an answer. There's got to be more to make up there has to be a way to make making makeup less messy, more efficient, cleaner. Like this was like way back then, I was always bugging my now husband Mazdack Rassi about it when he had Milk Studios, like what would it be and we would always bounce the question around. And then we teamed with Georgie Greyville - she's just like this amazing, creative, inspirational genius. And she was just like, look around us. And we were living in Milk Studios, like we were living there - I say living because we were working there shooting there. But then, you know, at the galleries in the jam room, epic fashion shows like it was it's a full on 24/7s gig. And we were looking at how they wore makeup and the people who were there, just mad creatives.

You end up with like, the best in the business alongside the next generation. You can be in the elevator with Anna Wintour, but then like, the skater kid is there and he's also like a mega photographer. And, you know, you have this like, emerging and established. It's just so much inspiration. The way they wear beauty, we just think it's so unique. And it was actually the complete opposite to what we were seeing come out the studios, it was the look of the people who work there. It was like the crew, it was the models off-duty. It was the people in the jam room. And we were just like watching like, there's something in this. And they have high standards as well. They want something that's clean, they want big and they want something that's easy on the go. That's how it how it all kind of came together. 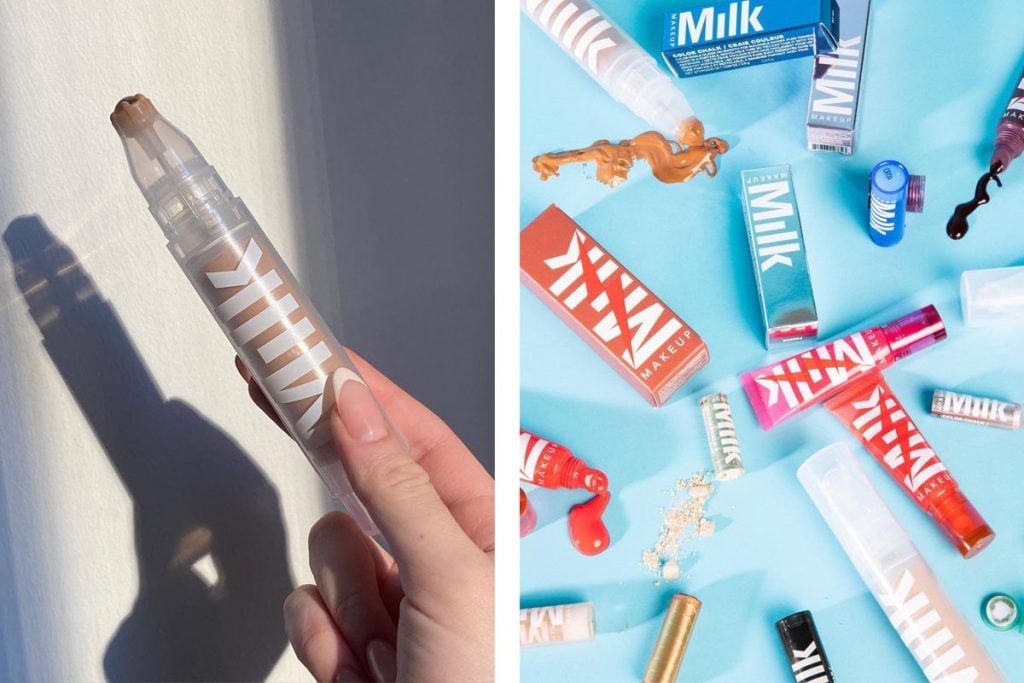 For anyone that's unacquainted with Milk Makeup, how would you describe the essence or the DNA of the brand?

It's this community that live, eat and breathe Milk, but not only there they are everywhere in the world, right? They're all on the streets of New York. They're in every big city in the world. And it's this we say creativity because it's just not predictable. We don't prescribe a look, it's very much about what you want to wear. And you live your look how you want to live your look.

So, the history of Milk Studios is really important. Also, the actual products themselves from formulation to innovation, we'll never do anything that already exists. And then when it comes to showing the spectrum of people and beauty like from our creative, you've seen our videos like you know we have the DNA projects that Georgie does is so incredible about like spectrum of gender. Boys of Instagram way before it was cool. It was always about like, being free and almost like tipping the back of whatever else everyone else is doing. kind of go against the grain.

Can you explain how art and fashion helped shapes the brand identity?

I mean, it's it's inevitable when you come from a place like Milk, right? So Milk Studios is this place where trendsetters and artists and fashion, the biggest fashion designers show there. We I think the first fashion show they had there was like Calvin Klein. And then there was a whole big platform that Rassi and his partner set up for aspiring designers or designers who, after the recession actually didn't have any funds to show. So they had like, back then, it was like Proenza and Alex Wang and Altuzarra who were unknown names at the time.

Then we set up this platform called Made Fashion Week where these designers could show at no cost to them. So you've gone from like the Calvin Klein's of the world to having this next generation of fashion designer. And then when it comes to art, the gallery downstairs is the most incredible place of photography, and you've had Sam Haskins exhibitions there too. William Strobeck was one of the most recent exhibitions. There is no way that that DNA can't just seep through into all of our products and the brand ethos. Someone who champions that all the time is Rassi. But then it's interesting because like these people, everyone there is like a dreamer and a believer and a creator. They don't just live in Milk, as I said, They're everywhere. So we're just really appealing to those people who like to create on a daily basis, you wake up and you want to create something.

Where do you get your creative inspiration for new products?

All of our products are made by Diana Ruth, who's our COO, and other co-founder that and she is such a stickler for never doing anything that already exists. If I say, can we do this palette, she says "Absolutely no. It just wasteful. Everybody has them? Why are we doing it? There's enough product on the market? Why would we do anything that already exists." That is her baby like, to the point where we're all scared of asking anymore haha.

It's, the idea that we will never create anything that already exists is firmly there. But then Diana and her team will look into, you know, technology and food industries to find new ingredients. So we have matcha, which was one of our first products as well as a matcha solid toner. The idea of a solid toner -  first ever - but then she was just looking everyone's drinking matcha all day, every day and said we need to put this in skincare. So she found it, extruded it and popped it in a toner. Same with watermelon. We have a watermelon serum and a watermelon flash mask. She would look at the way that athletes would drink watermelon juice over drinking water to rehydrate. If that's what it does to internally, what does it do to your skin? So, it's like things like this, you would never just think, what's the factory like saying this is going to be the trend for next year? She kind of makes the trends. Which we love, but that's a challenge in itself, right? It's never going to be easy. You're always going to be coming up with newness that people aren't accustomed to and then there's a conditioning that comes with that and that's always going to be a little costly. Especially when you want to do organic, natural, clean ingredients and that's a big thing of ours as well - from the get go too, being you know vegan and clean.

Even the Kush Mascara because that you know that packaging was made in an Italian car factory because she wanted the best heavy, cold metal packaging you can get and you can't find it anywhere so we ended up getting in basically the Lamborghini factory. 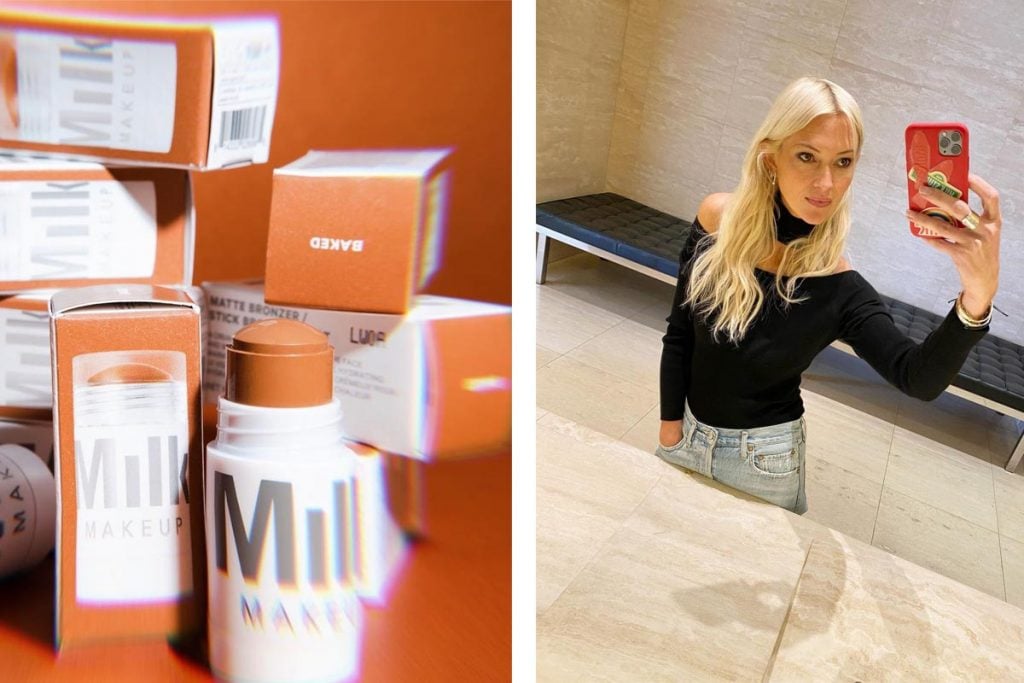 For anyone that's starting out with the brand, do you have three core starter products that you would recommend?

Without a doubt, my three essentials to get the Milk Makeup vibe and understand us would be the Sunshine Skin Tint, because it's a three in one. It's a skin tint, it's hydrating oils and it also has an SPF 30 in it. Super quick, easy, no brainer to beautiful, dewy skin. Then you have the Kush Mascara that I mentioned which is in that beautiful beautiful metal from Italy with hemp-derived cannabis seed oil in it. So it's like a hair mask and a mascara in one. Then three, Lip + Cheek. It comes in eight different shades now, this one is called Work, it's the perfect neutral pinky-brown. It works universally across any skin tone. And it contains mango butters, avocado, apricot and it just melts in. It doesn't sit like crazy blush on your skin, it like becomes one and you can obviously use it on your lips. I also put it on my eyes as well. So you get that a monochromatic-coloured look on the face.

Why did you decide to make the products vegan? Even back before it wasn't a buzzy thing to do?

No, it wasn't at all the thing to do and people said "they're vegan why would you do vegan" but from the get go we wanted that. It was becoming apparent, you look at the oat milks in the world and you think about all these other alternatives and great substitutes in the food world. Why would we be still using it [animal products] in beauty?

So Diana and her team went deep down looking into like alternatives in the beauty industry, and came up with some, well better than alternatives. For example, like Kush mascara, that's hemp-derived cannabis seed oil, but it's way better than beeswax because we couldn't use beeswax because we're a vegan brand. So it led to us using kush which is way better for your lashes because it nourishes them at the same time as coats them. So like things like that, you realise if you push a little bit harder and to step outside the usual box, you find these new great things, new great ingredients that you know make a product, an award-winning, best-selling product.

Do you have a beauty icon?

For the brand, I would say like early on, we would look at like 80s kind of Debbie Harry or like early Madonna. Women who just wore makeup in the coolest way, it was just free and cool and edgy. And a little bit messed up. Nothing perfect, right?

For me, I think growing up in England would be like a 90s Kate Moss vibe. The androgyny of all that. The healthy skin, just a flick of makeup, a little bit of messed up mascara under the eyes. I love that.

What is something that you want more people to know about makeup or the makeup industry?

It shouldn't be hard work. I don't think that makeup should be laboured. I think it should be something that makes you feel really good - and quickly. Life is complex enough. Makeup should not be. That's really part of the reason why we created a very easy, multitasking smart brand. It's very intuitive and you don't need to carry a bunch of things, right? You're not trying to figure something out, how to work it, carry extra brushes. All of our components, like the component is the tool as well. So it just becomes extremely easy to like literally pump, roll, blend, and go.

PREVIOUS
RUSSH Loves: beauty favourites from April
NEXT
Beauty straight to your doorstep: Our pick of the 7 best beauty subscription boxes 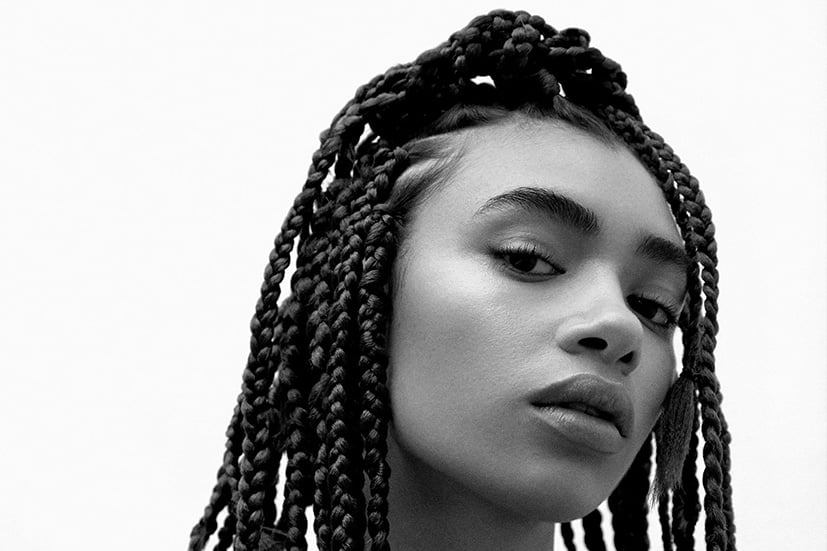 A deep dive into the realm of acid. 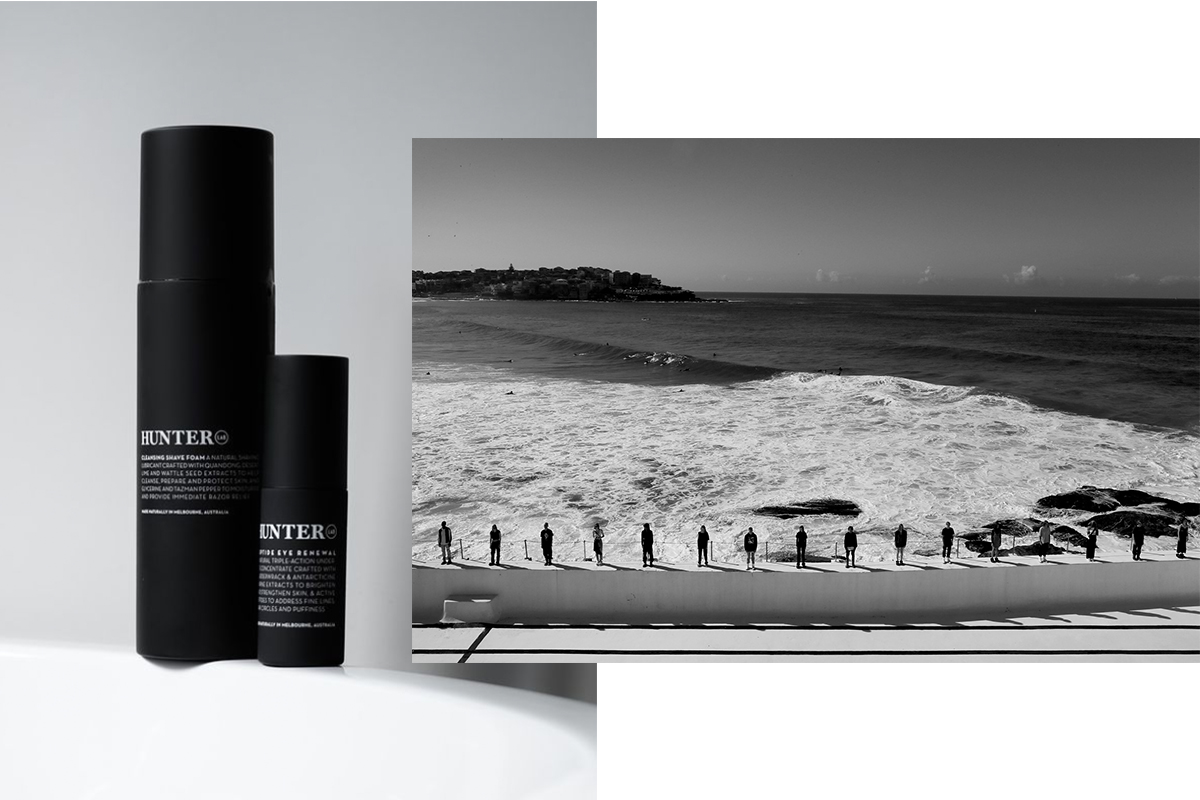 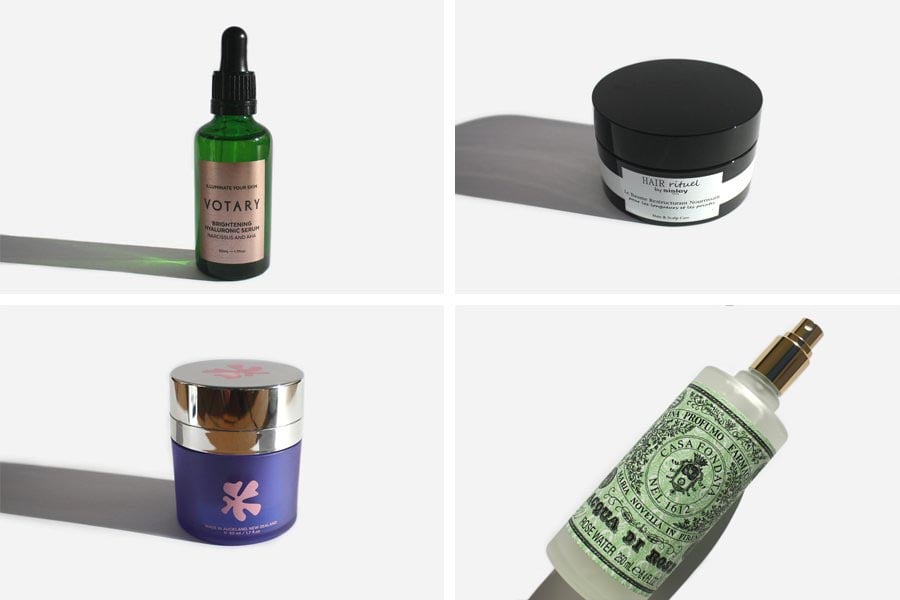 From new fragrances to favourite foundations, here’s what we loved.