Reminiscent of pre-COVID times, where runways were stages and shows were live performances, creative director Nicolas Ghesquière transports us back to The Golden Age for Louis Vuitton's much anticipated FW 21 show "The Age Of Enlightenment" for this season's debut at Paris Fashion Week. 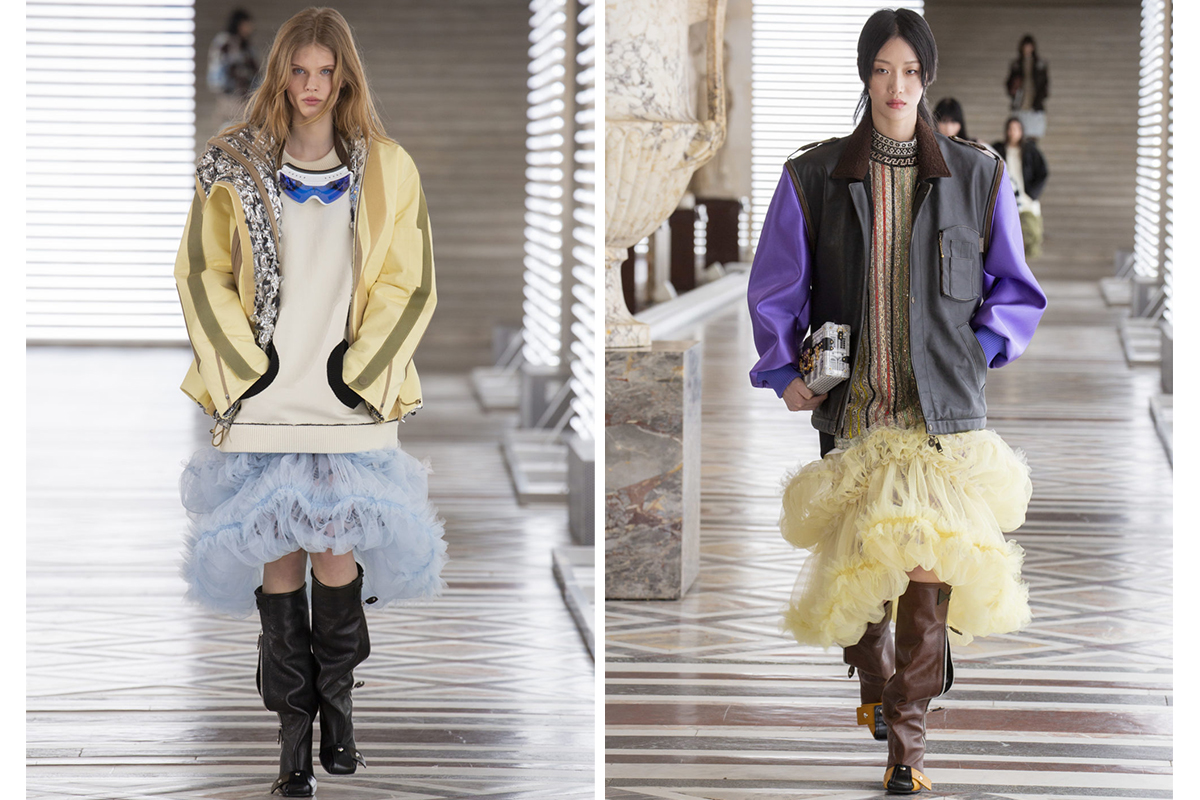 A collection inspired by antiquity, ancient history and Greco-Roman aesthetics, the decadent Denon wing of The Lourve opened its doors to a streaming line of marching models, lights and cameras ablaze to stage the runway for Louis Vuitton's FW 21 collection. In a conquest to explore the human heart, body and mind, the collection experiments with fashion, form and function. Storming down the empty hallway, soundtracked by Daft Punk's Around The World, the show brims with life as we experience a resurgence in hope and energy with Ghesquière's new extroverted goddesses run down the digital runway. Big jackets, embellished and adorned dresses, chunky knits and suited jackets assembled with immaculate Louis Vuitton atelier tailoring. 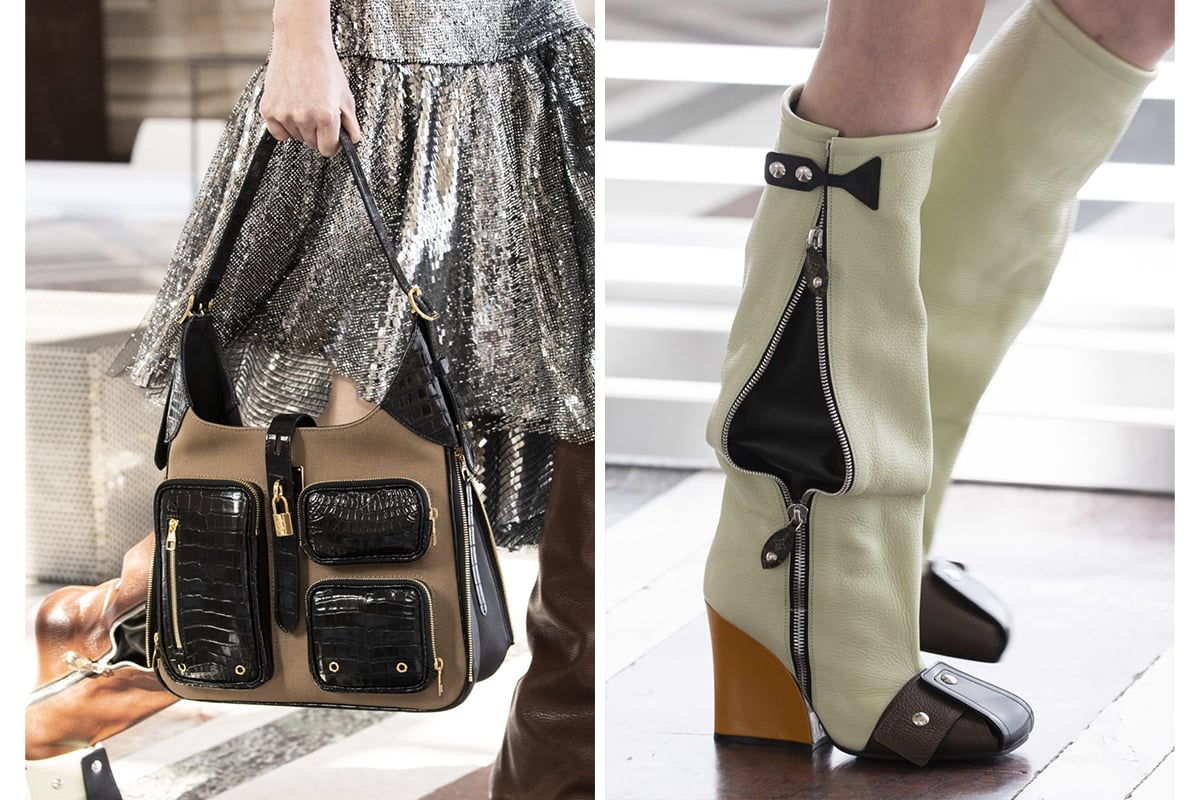 The collection heavily features that art in collaboration with the Italian design atelier Fornasetti, both in ready-to-wear and in accessories, illustrating new concepts in fashion eccentricity and optimism in fashion and art.

“His imaginative strokes explore, illustrate and impart style. It’s also a story of conquest — of body, heart and mind — in which humankind takes centre stage, in all its functional elegance, intellectual dominance, and earthly seduction,” Louis Vuitton states. 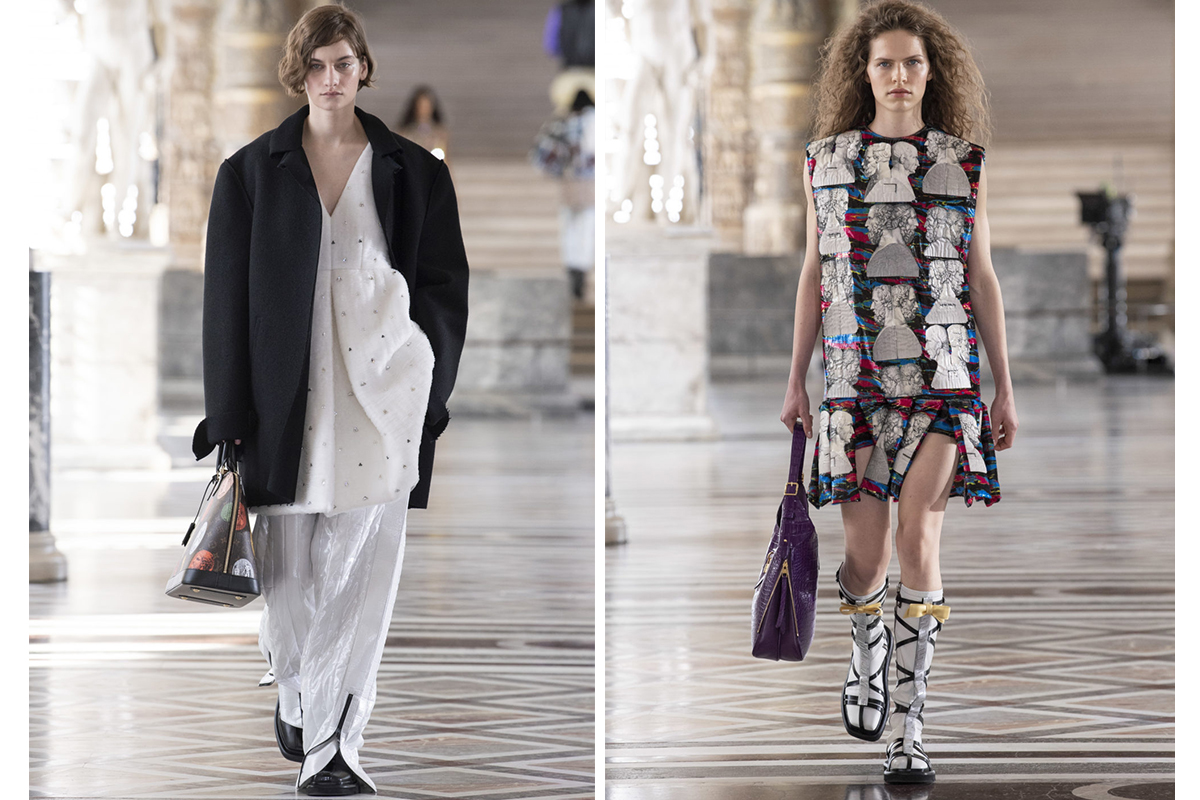 Tulle skirts, A-line dresses, cut out pockets, spliced skirts and ornamental tunics in sequins and precious stones - the show was nothing shy of the exaggerated and extroverted. Slouchy open zipped leather wedge boots, bow tied gladiator sandals, big shoulders and shimmering armoury - Louis Vuitton presents the modern warrior woman parading past revered ancient sculptures of The Lourve's Denon wing, almost paying a testament to time, an ode to the melding the past with an optimistic future.

Engraving age old procedures and paying respect to the eras that forged our civilisations, Nicolas Ghesquière conceptualised a collection in functional elegance and offered a new seduction for a post-pandemic modernity.