Liyah Knight is first and foremost a poet, a storyteller. It just so happens that her medium is music. From a young age she recalls writing "a bunch of poems" but never really knowing what to do with them. That is until she started learning how to sing three or four years back and everything fell into place. You could say it's a relatively new venture for the musician, but for anyone that's plunged into the rich, dream-like sound of Alliyah Cici Adejoke Fareo, you would think she had been doing this music thing her whole life.

Textural and vulnerable, Liyah Knight's latest album Traveller's Guide gently tugs at you, urging you to dive into your innermost self, scoop up what serves you and survey what doesn't. The tracks are flooded in moonlight and are unflinchingly introspective. When I spoke to Liyah following the release of Traveller's Guide on November 5, she describes the role romantic love played in informing the album.

"Travellers Guide was pretty much [about] falling in love," she says. "I get sheepish talking about it. And then falling out of it and finding new parts of myself in the process. And just learning a lot about myself through a lot of different sounds and working with a lot of different people."

It's this sentiment that underpins her music. A voracious desire to learn about herself and from others. While music is a place for her "thoughts and feelings — actualising them and processing them," it's also an opportunity for Liyah to dip into the wealth of knowledge that surrounds her; be it via her "incredible team" or those she comes across through music's vast and varied social webs.

"I love learning from people around me. Even though I’m a singer and a songwriter, when it comes to production I’m always asking whatever producer I’m working with 50,000 questions just because I love knowing as much as I can for context." 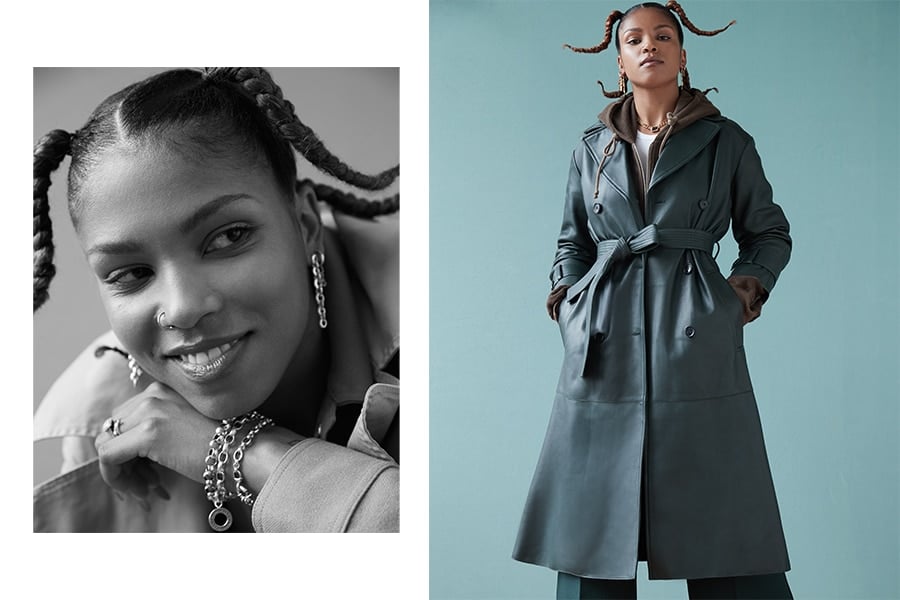 As we know, context is key. Even when it comes to astrology, Liyah likes to be informed, using her star sign as a guide. She's an Aries by the way, and can be quite "impulsive and a bit fiery" she admits. But as she reminds me, "if I know that those are my traits I can have some control over them".

For Liyah, the name of her sophomore album resonated for its duality. "I liked the fact that Travellers Guide is two things," she explains. "It’s traveller’s as in the people that guide. The people that go out and explore are usually the people that lead the way. And then the flip side of that is Traveller’s Guide is having a handbook or a physical guide to show you the way."

And Liyah does just that in Traveller's Guide, steering us through the peaks and troughs of relationships and heartache. From the serenading coo of Moon Baby, to the urgent call of Threads. When asked what her favourite song on the album is, Liyah immediately replied, "Riddle". "It’s kind of a turning point for me," she explained.

During the writing process for Traveller's Guide, Liyah shares how frustrating it was feeling as though she kept writing the same song on repeat. "I was like 'oh my god why can’t I move past this point?'" That's when she struck Riddle. Written alongside Cyrus — winner of The X Factor in 2015 — the song felt like a breakthrough moment for the EP, a sledgehammer through her bout of writers block, allowing her to finally pin down the next stage of the journey.

And it always comes back to the writing. The early stages of a song, thoughts and feelings fleshed out on a page, waiting to be arranged. Throughout our conversation, Liyah oozes all the hallmarks of a true writer. One not bound by any rules; an artist who is confident and ready to dig deeper, explore further. It's for this reason that she cites Pharrell Williams, Kanye, Emawk and Paris Texas as her music icons, those unafraid to push boundaries and challenge the status quo. 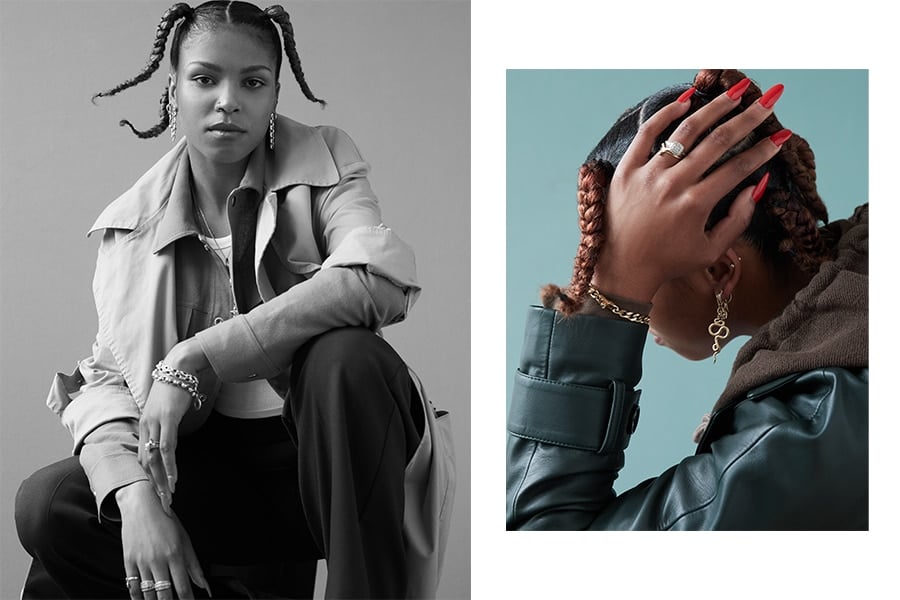 What's clear, is that Liyah Knight is more than an "R&B artist". It's a label the Italian-Nigerian singer-songwriter often gets tagged with, one that's lazy and limiting, to say the least. One that leaves no breathing room for growth, fluidity and experimentation. Especially for someone who tells me they're writing a country song when we first speak. As Liyah aptly puts it when I ask her to describe her sound, "I think we should just stop even trying to describe it".

"It depends on the song," she points out. "I guess I’m a storyteller so whatever that ends up sounding like, whether it’s Pop, whether it’s Folk. Sometimes it’s going to be R&B, but it’s going to be R&B when it sounds R&B. It’s been interesting watching it evolve. But I guess at the same time, now that I’ve been getting more into writing and writing with and for other people, it’s really pushing me to try different sounds."

As the musician is enlisted more and more often to write songs for her peers, she tells me what draws her to the process. "I like the idea of sitting in rooms with cool people and hearing their stories. It takes a minute though. You spend like two hours on one sentence. Hopefully with time I’ll get a bit faster at it."

Although when asked what she preferred, writing or performing, Liyah says, "they’re totally different". "The performing is kind of like a lot of energy just comes out of you. It kind of reminds me of playing sport like there’s so much energy when you’re up there and you’re just running off adrenaline" whereas "putting a project together, it’s almost like time just slows down a little and you’re working with people and it’s a lot more intimate and stretched out".

With more music on the horizon and a slew of performances to look forward to, one thing we can be certain of is that Liyah Knight is only just getting started.

You can listen to Traveller's Guide now on Spotify along with the rest of Liyah Knight's music.

PREVIOUS
Planet earth is getting its own black box
NEXT
Instagram takeovers still exist, and when it's Hoyeon Jung and Calvin Klein on our feeds, we're totally here for it 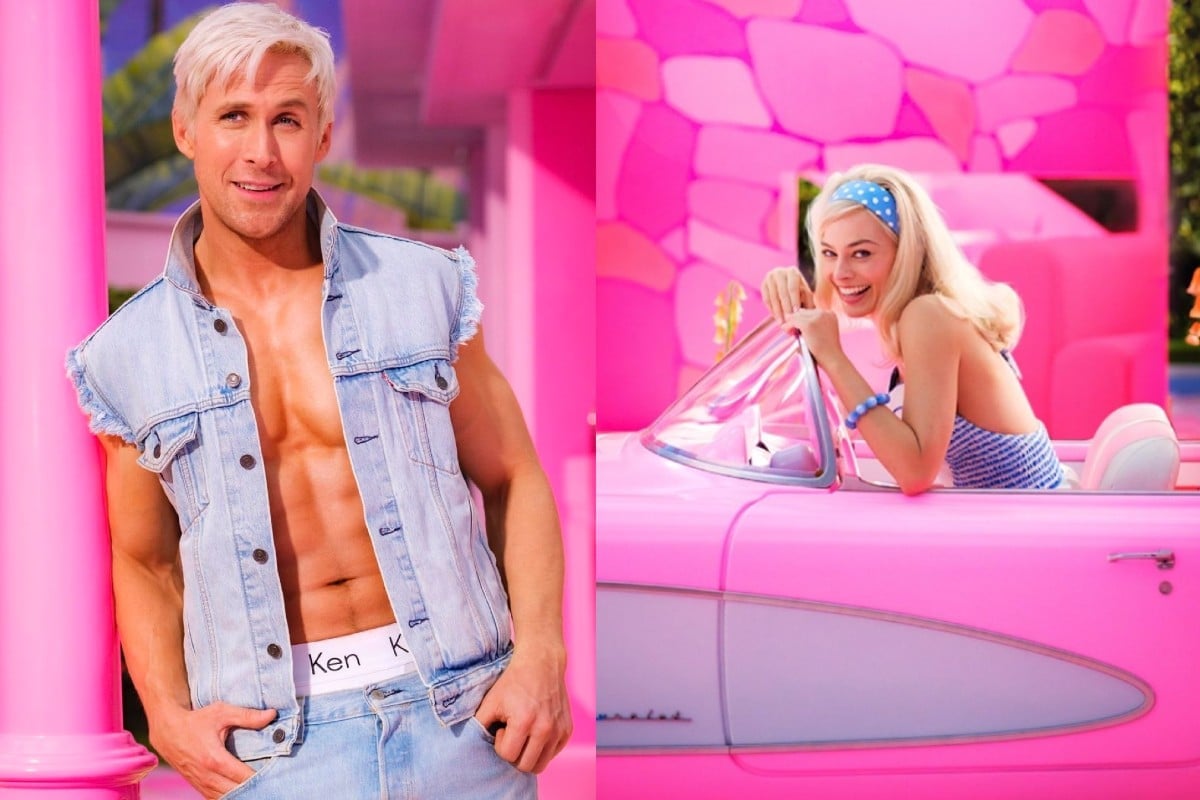