As Justin Timberlake once chided, 'what goes around, comes around.' The same can be said for Kate Moss and Marc Jacobs' collaboration, and the bubblegum pink hair. The model and the designer are no strangers to working together. Their first collaboration was on Marc Jacobs' (at the time controversial) Perry Ellis collection which is now considered a groundbreaking moment in fashion history. This was the time that grunge was at the precipice of being embraced by the zeitgeist.

These two have reunited for 2022/2023 with Moss donning a pink hair look for Jacobs's resort campaign, bringing back some nostalgia for an earlier time. The 90s supermodel is dressed in towering platform Kiki Boots, monogrammed denim and frayed cargo skirts.

Moss and pink hair have hairstory. Although she is best known as a blonde, the supermodel dyed her hair pink for Versace's spring 1999 show. She was also photographed in 1998 by Juergen Teller with bubblegum pink hair, tousled among white sheets. Behold Moss pink locks in its original iteration:

It's great to see her going back to this look as she evidently enjoys the shade. She even included a picture of it in her book, Kate: The Kate Moss Book, describing it as the photo that's "the most me" in an interview with The Telegraph in 2012.

“Because it is us just having a laugh in my bed. There wasn’t a hair or makeup artist or anything. It’s more like working with an artist, working with Juergen,” she said at the time.

The Marc Jacobs campaign was shot by Harley Weir and styled by Danielle Emerson. Similar to all the recent Marc Jacobs collaborations we've been seeing recently, this one brings about a classic sense of 90s nostalgia.

See the Kate Moss and Marc Jacobs campaign images below. 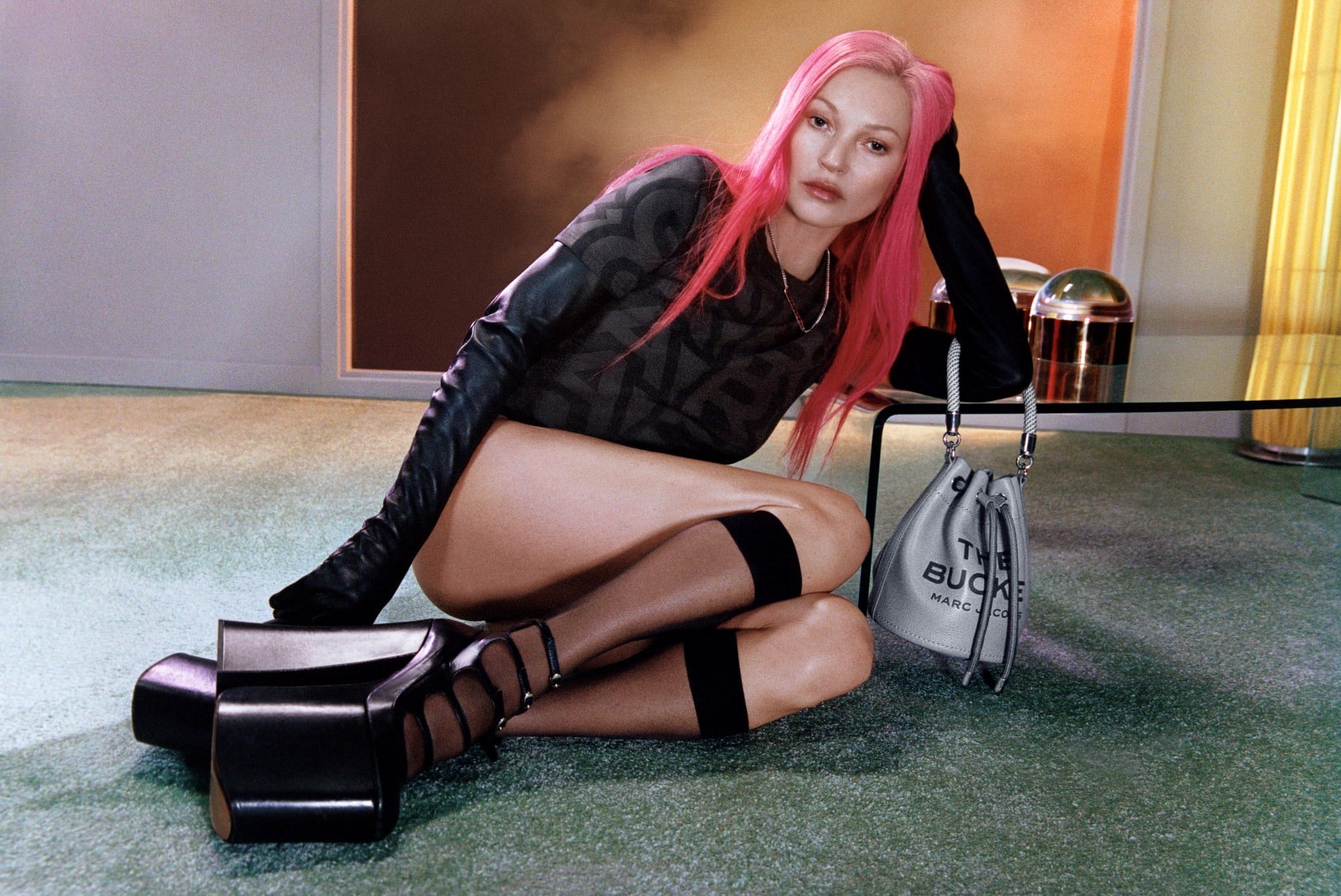 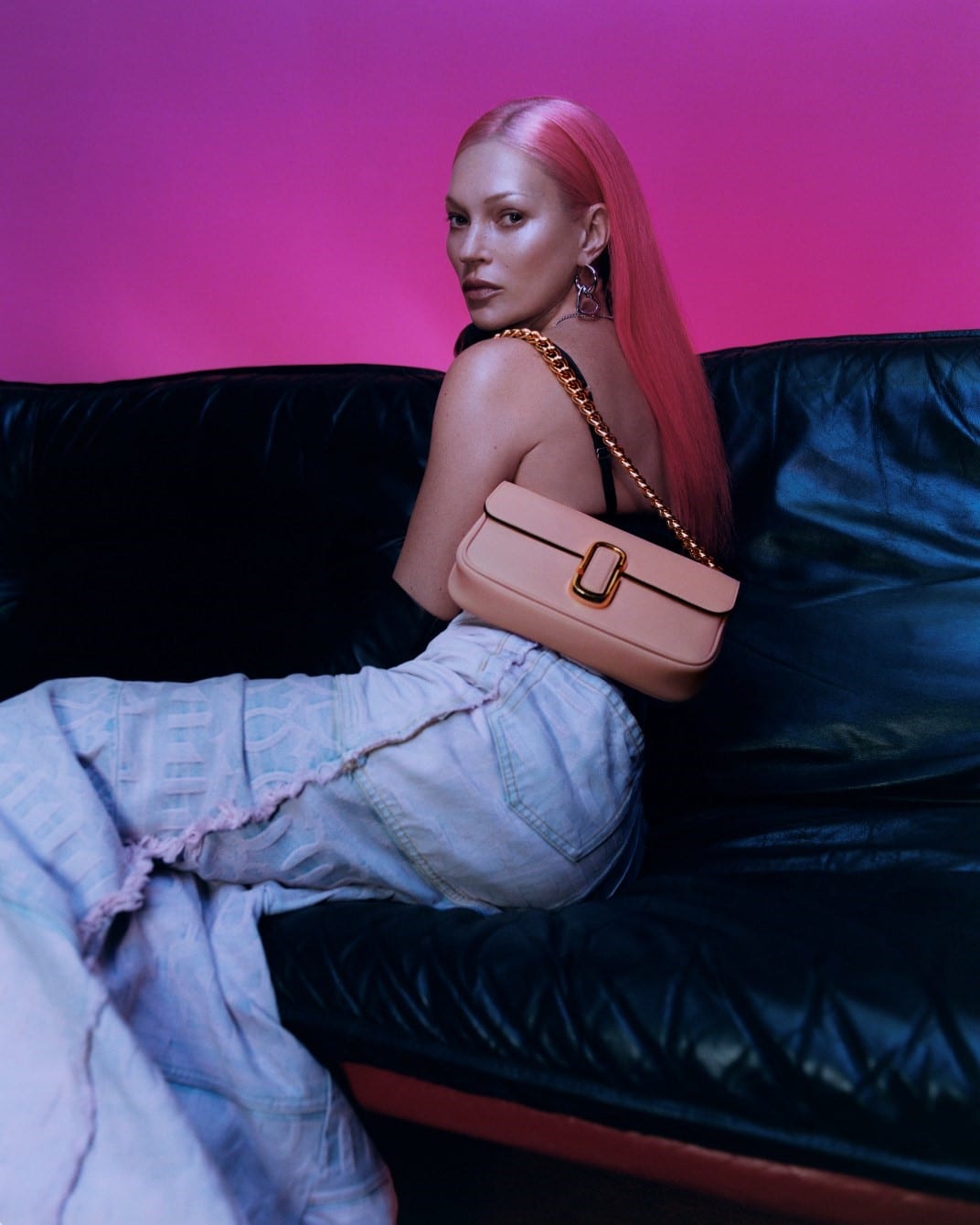 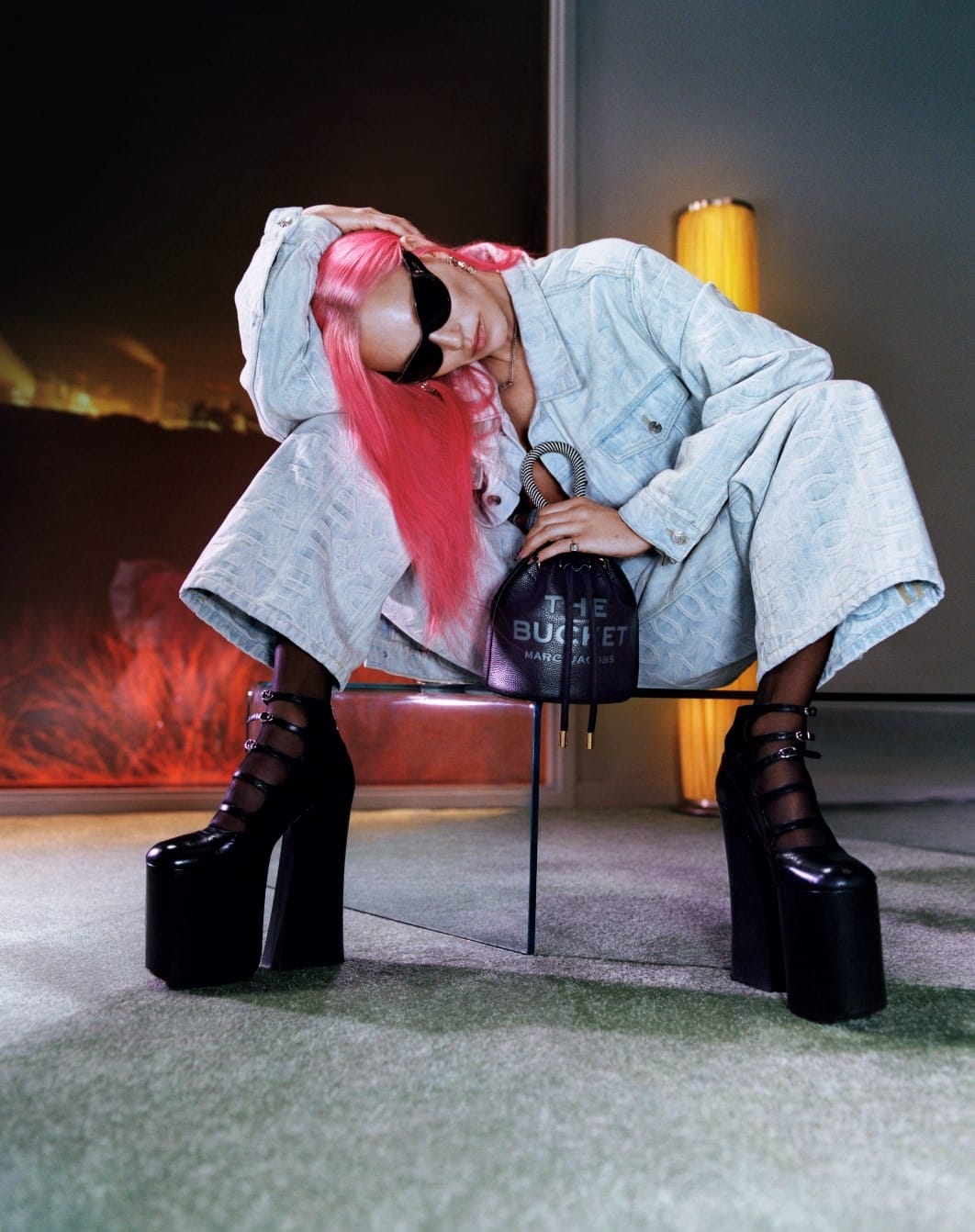