So much of what makes a good writer is the ability to observe the right things. In the words of another equally prolific author, Nora Ephron: "everything is copy". Joan Didion understood this, and as a pioneer of New Journalism her subjects wavered between the surrounding political world and herself, unafraid to hover a critical eye over her own life.

We read Didion because the world becomes sharper through her eyes. She wades through the mess of the external, and turns in pages of precise observations, the kind that have us sending up prayers in the hope that one day we can do the same. After all, it was she who wrote, "Grammar is a piano I play by ear".

At RUSSH Didion is essential reading, which shouldn't come as a surprise considering we use the same Bauer Bodoni font. In any case, if you're looking to pick up one of her many books, we've compiled a list below, including where to start. Enjoy – although we're certain you will. 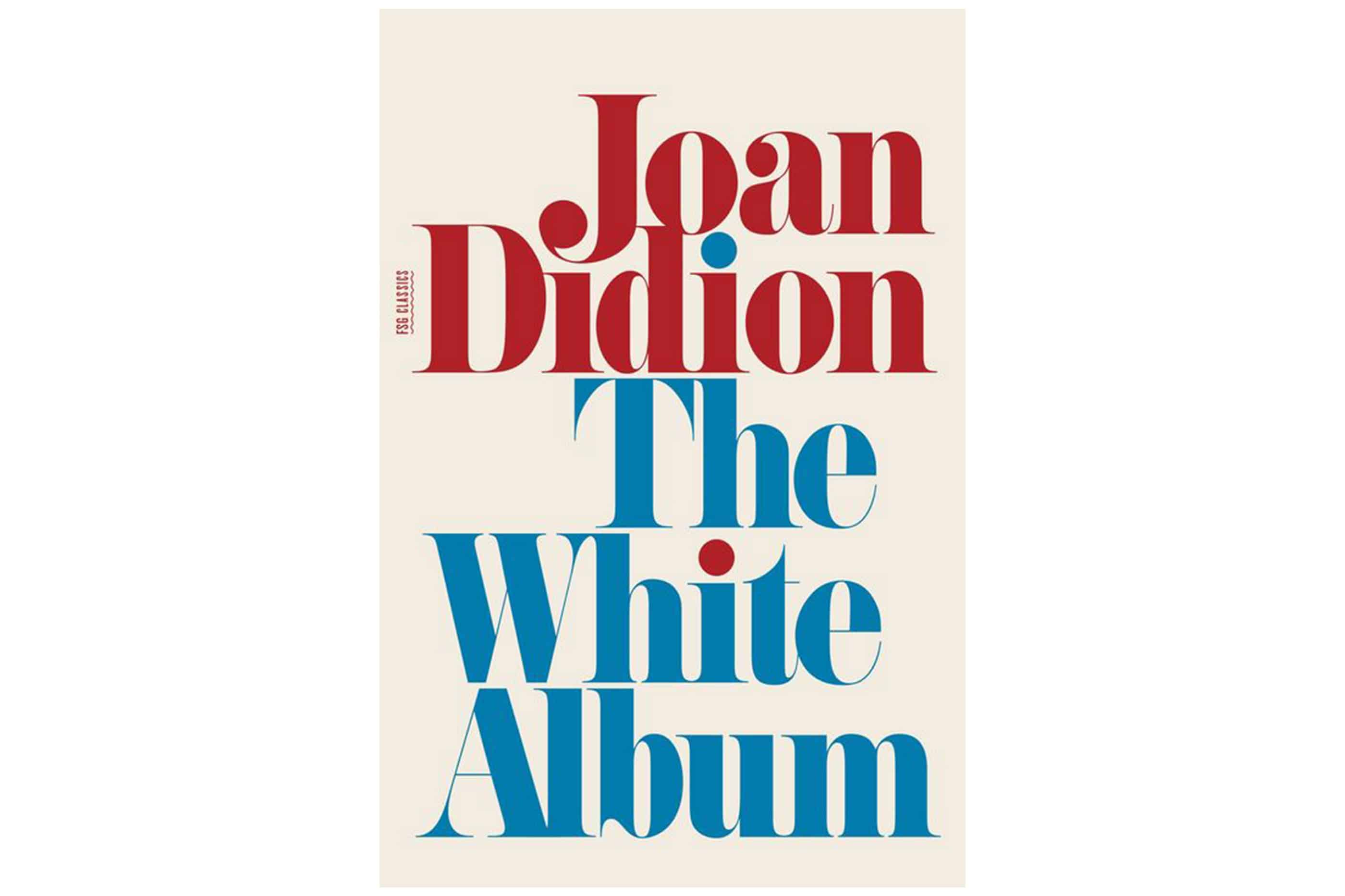 If you're new to Didion, start small and begin with her essays. You could easily pick up Slouching Towards Bethlehem, but for some reason The White Album feels quintessentially Joan. A blanket of anxiety hangs over the collection, which covers events that occurred toward the end of the 60s until the late 70s. Didion writes of meeting Huey Newton in prison, dress-shopping for Linda Kasabian and finds poetry in the California State Water Project for her essay Holy Water. Oh, and lest we forget that famous packing-list, or to carry a watch for that matter. 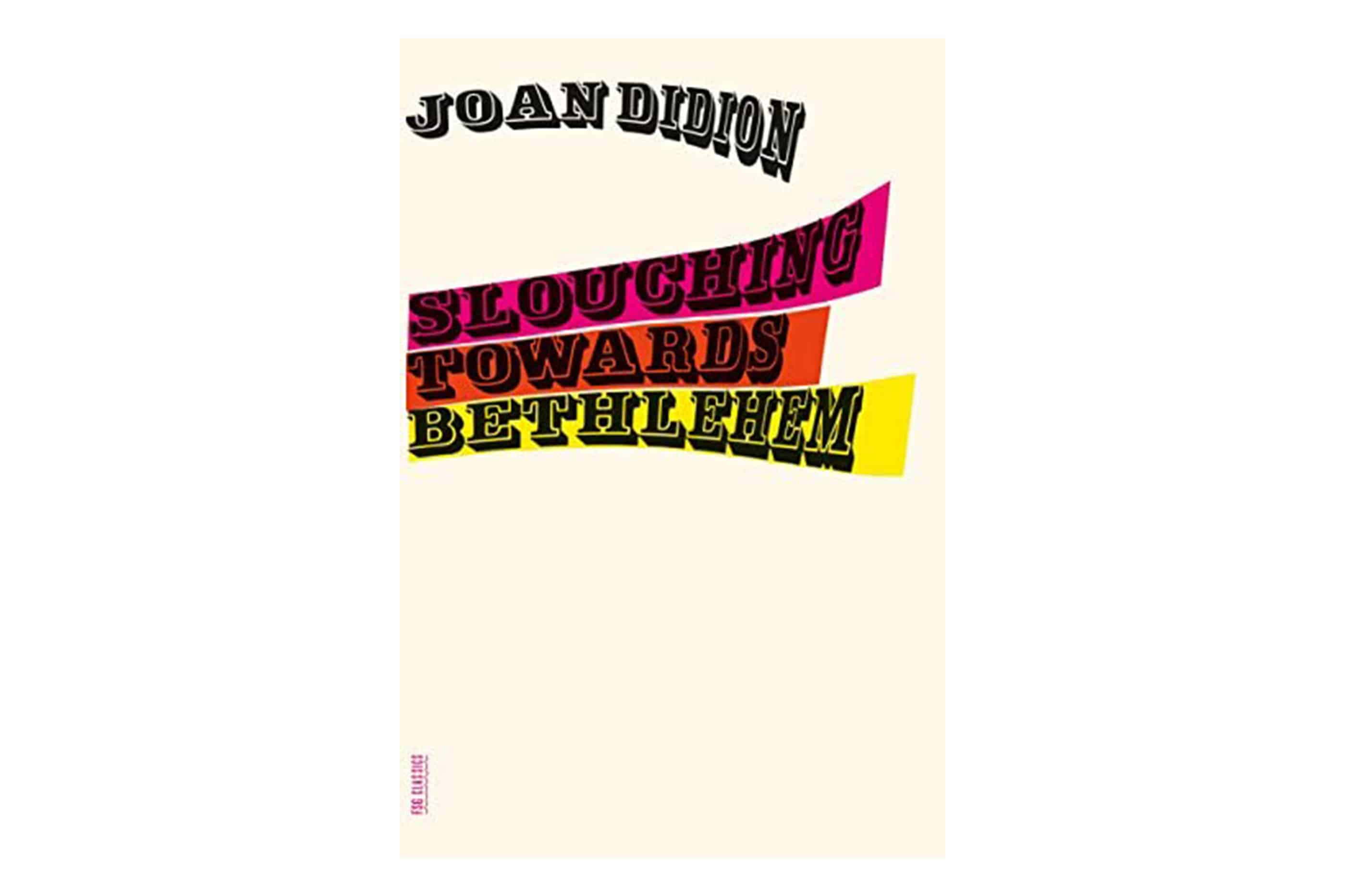 Take one bite and we inevitably want more. Slouching Towards Bethlehem is there when you come searching, open-mouthed with hunger pangs. Like all of Didion's essays, the book is an exercise in being concise and saying what one actually means. So much so, her famous essay On Self-Respect was written to an exact character count aged 26. Although it wasn't her first book, that space was filled by Run, River, it's definitely the one that established her reputation as an exacting writer with something to say. It also taught us to keep on nodding terms with out former selves, to always keep a notebook and delivered lines like: "Innocence ends when one is stripped of the delusion that one likes oneself". 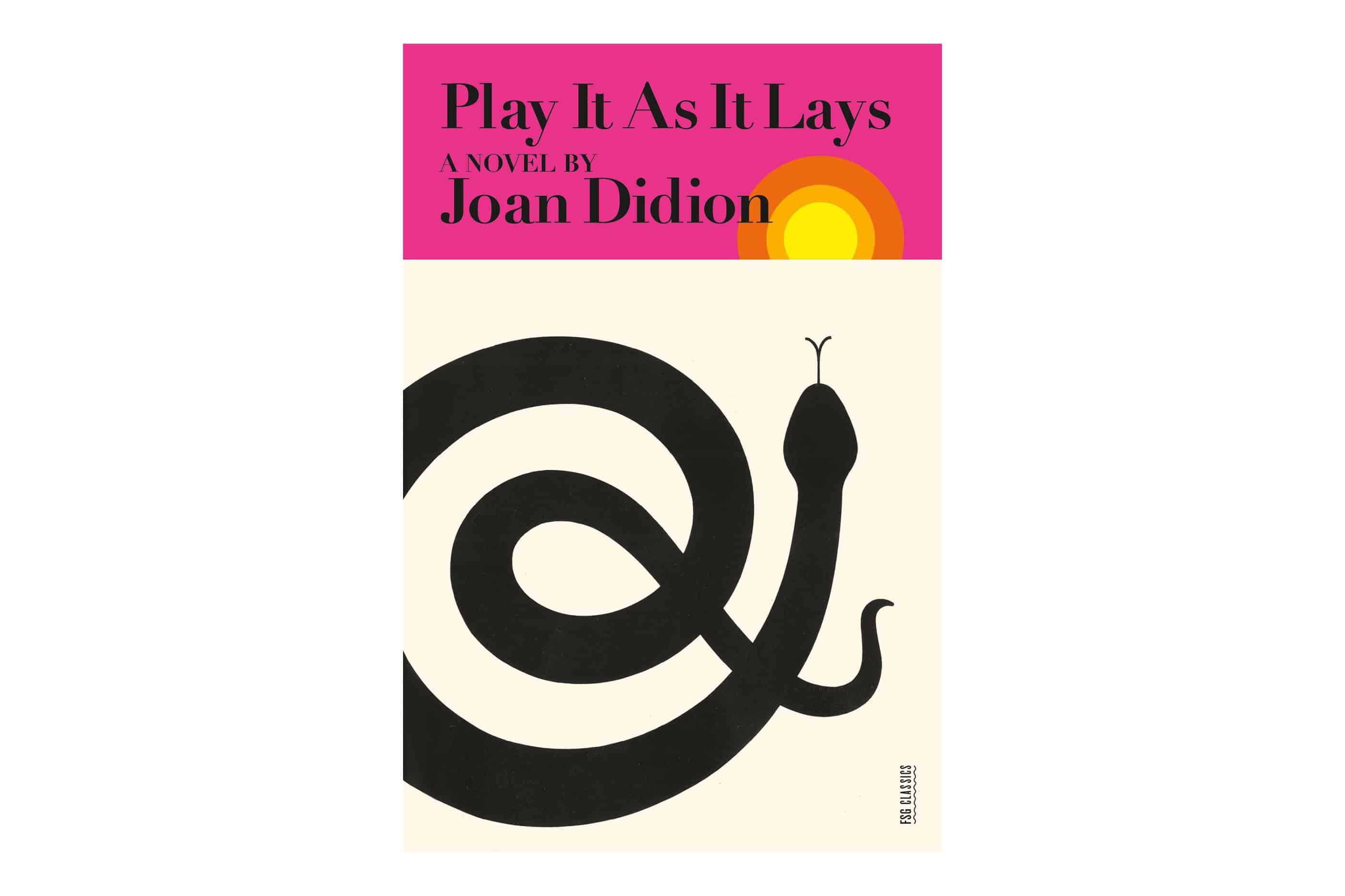 Most people can read Play It As It Lays in one sitting. The novel is spare and slim, traits it shares with its 30-something medicated, detached and deeply unwell protagonist Maria Wyeth. It's not a particularly cosy read, in fact it's downright hostile. Play It As It Lays acts as a time capsule, Didion slipping the essence of the late 60s inside it, that is, ennui and not much else. Here, Didion wields her pen as a scalpel, exposing the place where Hollywood's beating heart should be, revealing a cavern as vacuous and barren as the surrounding Mojave desert. The last line is haunting, as is the description of abortion before the advent of Roe v Wade. When it comes down to it, it's the writing that holds our attention, more satisfying than Maria's diet of unsalted boiled eggs and Coke. 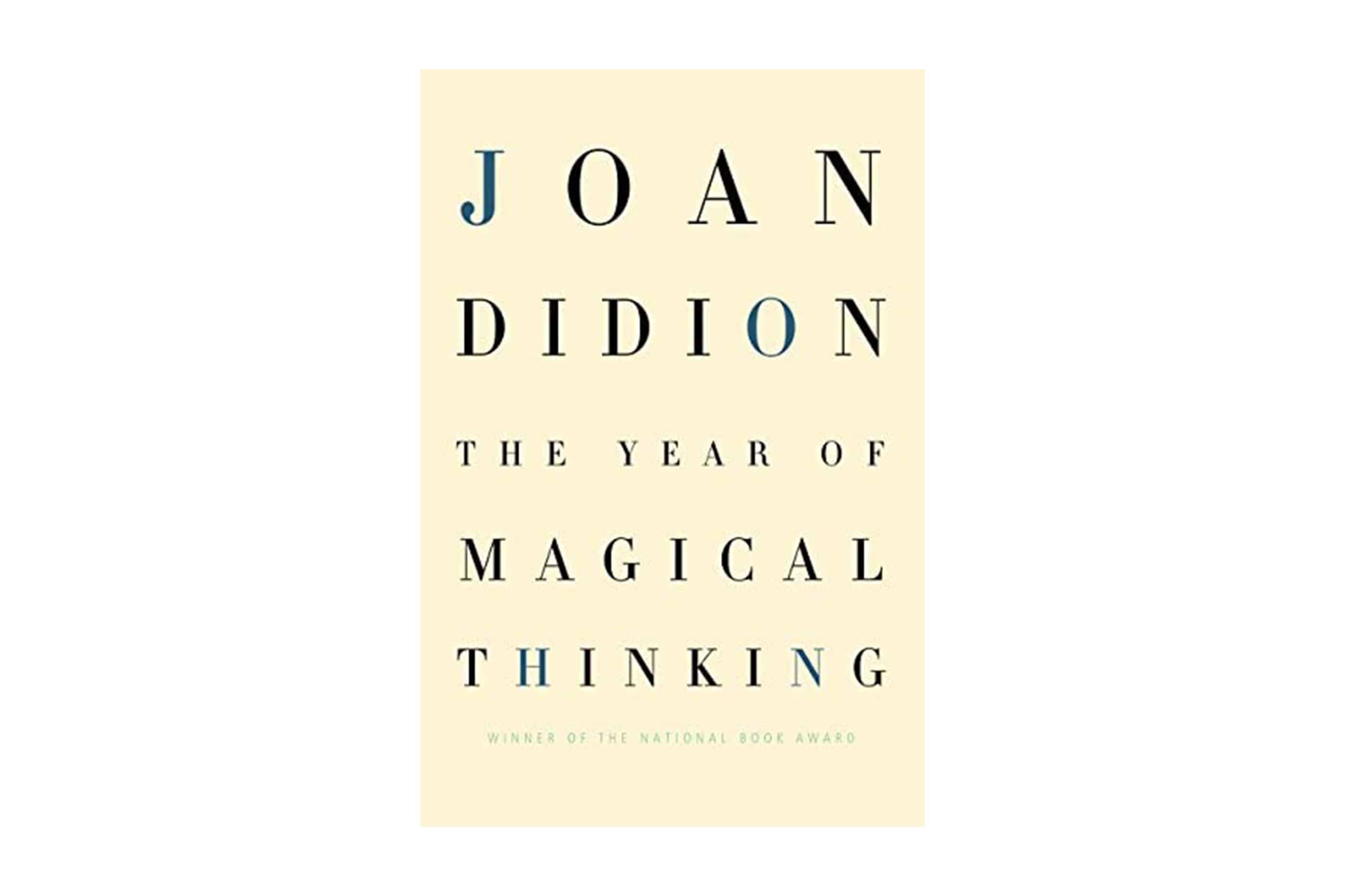 When the subject is grief, we all know Didion does it best. Her voice, steely and matter-of-fact, slices through the wishy-washy platitudes that threaten to suffocate one at the mere mention of death. Through her own personal tragedies – the sudden death of husband John Gregory Dunne and the hospitalisation of her only daughter Quintana Roo – Didion describes a spiral akin to madness, of misremembering and as she calls it 'magical thinking'. For both the heavy-hearted and those yet, unscathed by loss. Or simply readers in search of a viewing platform from which to observe a greater mind than their own at work. 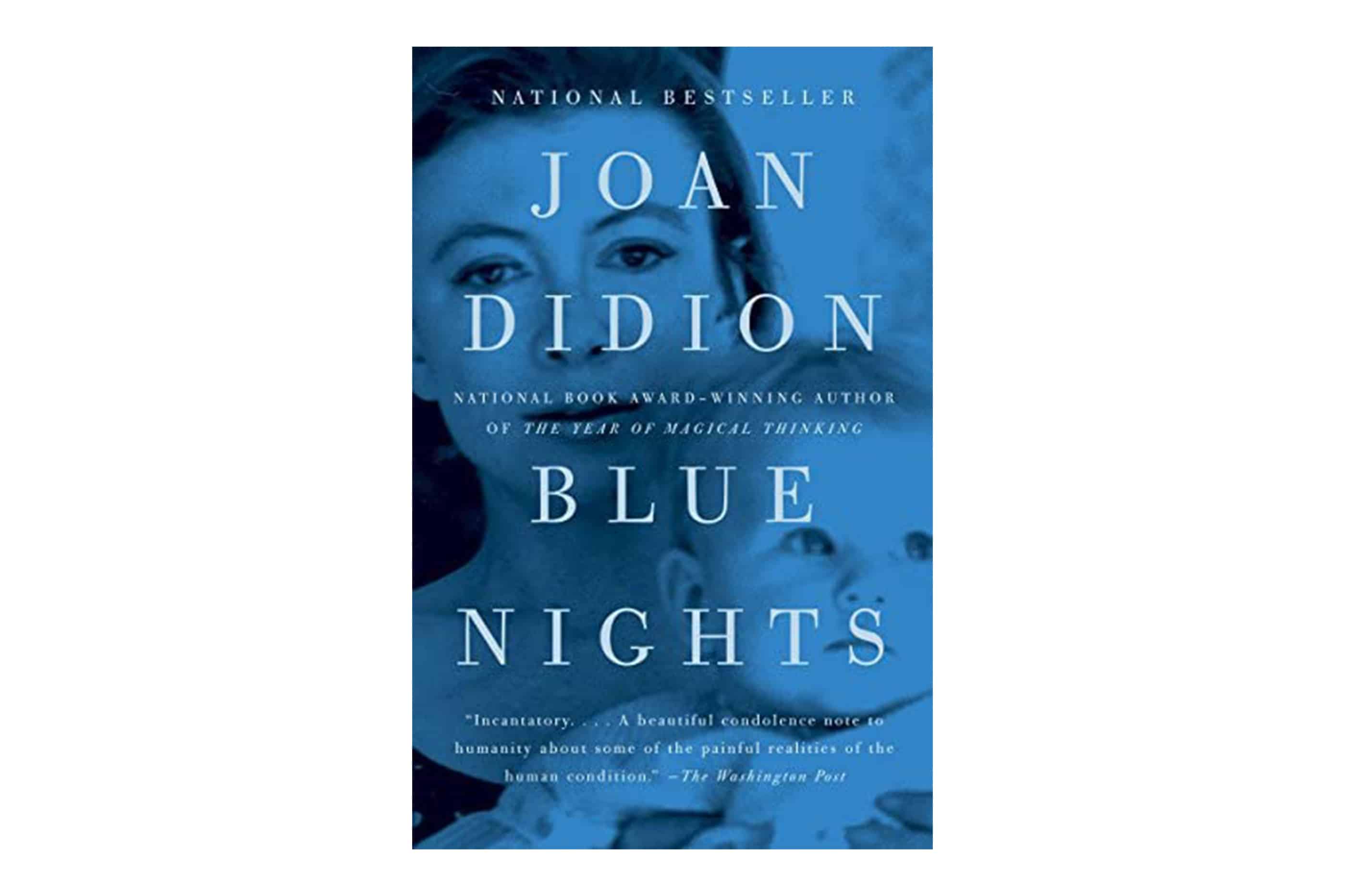 Blue Nights serves as a second course to The Year of Magical Thinking, and is a testament to how much tragedy a person can survive. Two years after the death of her husband, Didion lost her daughter, Quintana, who died of acute pancreatitis aged 39. It is on the subject of childhood and motherhood that Didion cleaves our hearts in two. As an author, Didion is transparent about her capacity as a parent, the fears and doubts that inevitably surface when you lose a child, memory and the looming face of loneliness. 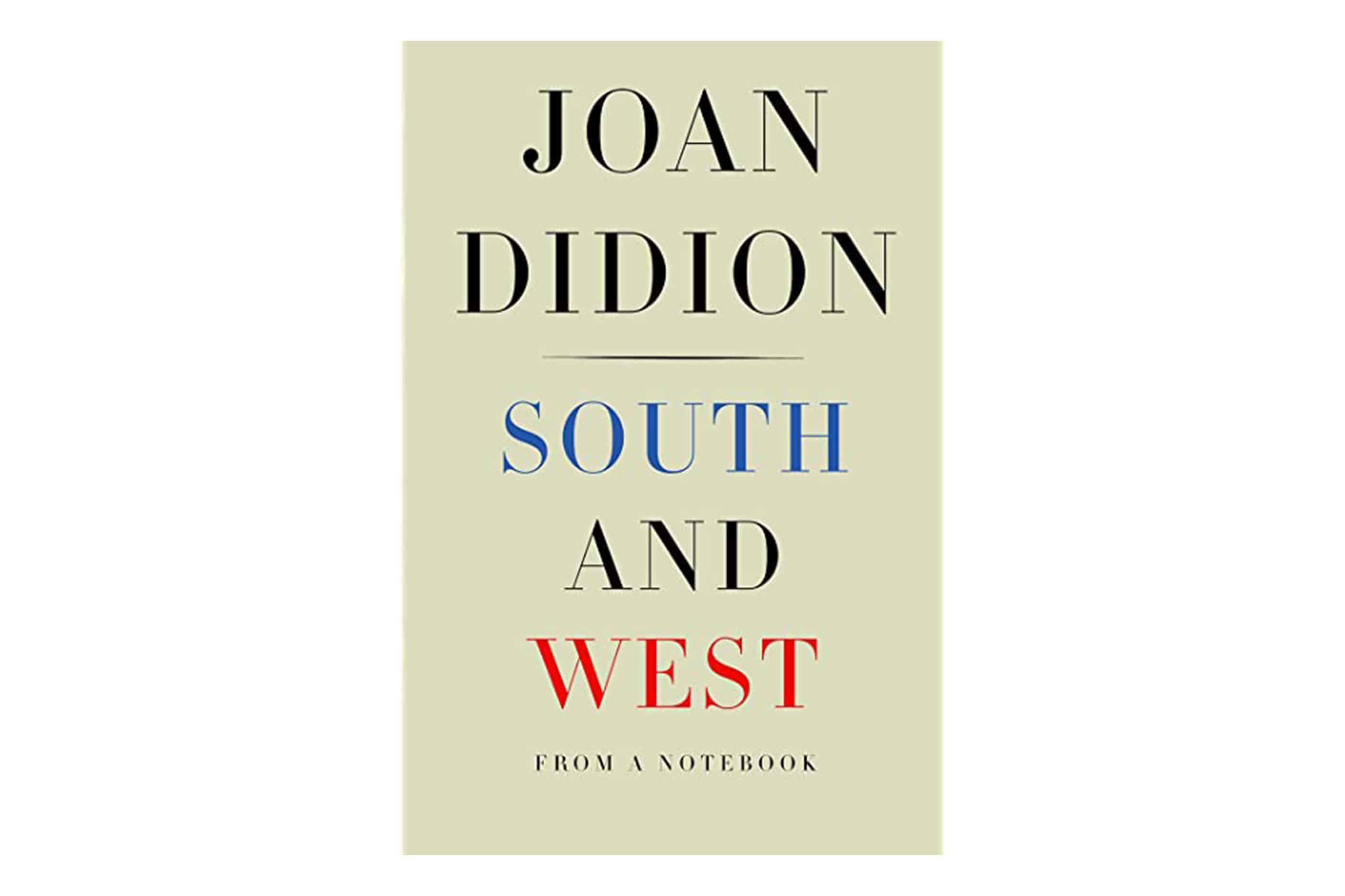 We think of California as being Joan's territory, but much of her best writing dwells outside of the West Coast. South and West is a compilation of the notebooks she kept in the 70s, the first chunk while road-tripping through Louisiana, Mississippi, and Alabama with her husband John, and the other section while sent to report on the Patty Hearst trial for a Rolling Stone feature that never got off the ground. The book is illuminating for many reasons, Didion wanders through towns so poor Pica is rife among the children and swims at Motels that have never seen a woman in a bikini before. But she also jots down the arguments on the road with John, her relationship to California and her writing process. A quiet gem. 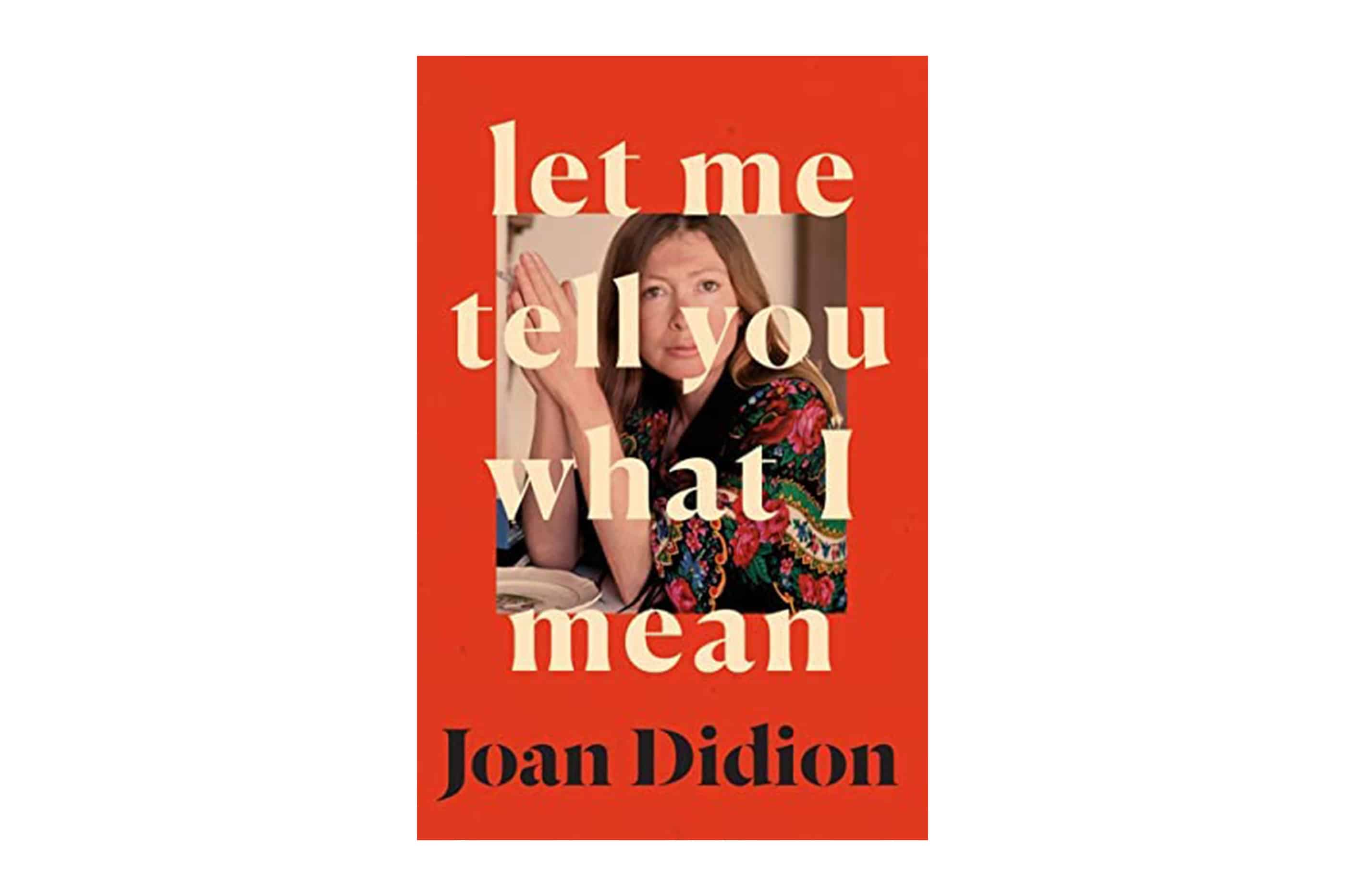 The canon of Why I Write is far-reaching, from George Orwell to Deborah Levy, and Didion adds her own imprint to the genre in Let Me Tell You What I Mean. She describes the influence of Hemingway, and how at fifteen or sixteen she would type out his sentences to see how they worked. Each essay is classic Didion; perceptive, precise. Even on subjects like Martha Stewart to not getting accepted into Stanford. With a foreword by Hilton Als, and as the last book Didion authored before her death, this is one for the shelf. 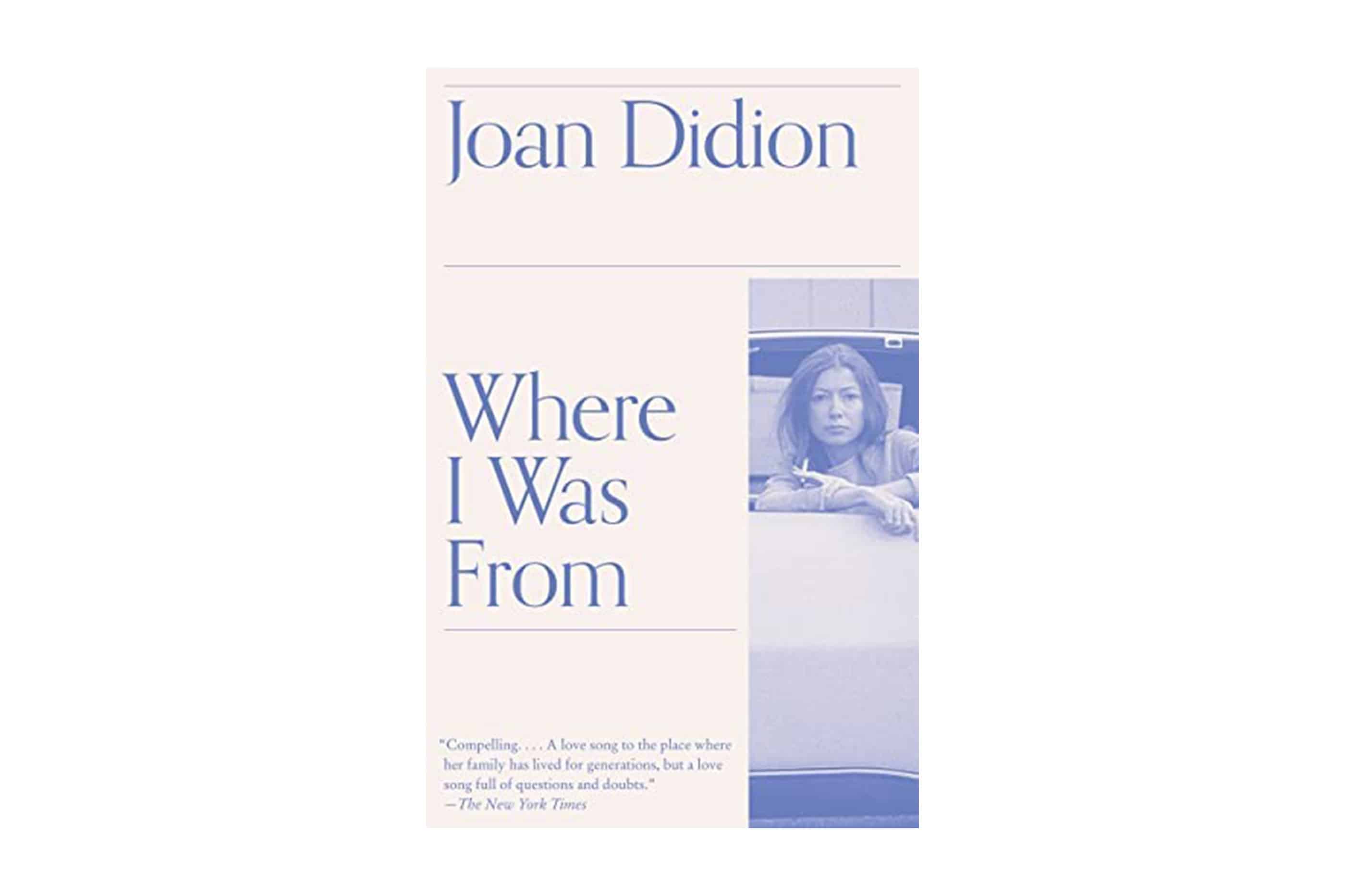 Another often missed pearl. Where I Was From was written as Didion approached her 70th birthday and contains history and reportage, memoir and literary criticism. The subject is California, with reference to Sacramento County (the place she grew up), what she believed as a child and what all these years later, she now knows to be true. As always, the topics are varied, but all threads lead back to the tapestry of the West Coast; its claim of individualism yet its reliance on prisons, the debt the state owes to aerospace and and railroads, and the many faces that surface in Californian mythology, including her own pioneer ancestors.

PREVIOUS
Best horror movies, for people who don't like horror
NEXT
Everything we can expect from SXSW Sydney 2023