My Uncle Luca died last week. With his passing left a universe. He was, for our extended family, a touchstone of creativity, of ritual, of stories and legends. He was a painter of extraordinary inner landscapes that collided with outer ones, scenes of the most amazing detail, of shamans and animals and jungles and miracles, and you could fall into his paintings for hours. He was a Very Cool Dude as they say, the kind of man who knew just how to knot a scarf, or hold a cigarette, who knew how to casually wear fire engine red trousers and pierce his own ear ... the kind of guy I wanted to be growing up.

Most of us were repelled by his taste in experimental jazz, a tsunami of noise that he would blare at all hours from wherever he had set up his studio – he was peripatetic and had lived all over the world – Switzerland, Mexico, Peru, Colombia, Timor and, finally, Italy ... He visited Australia often and wherever he went, along with his blasted jazz, went his gift for transforming spaces into places of inspiration and, dare I say it, even wonder. As children, we were fascinated by his painting studio in Lugano, Switzerland. Uncle Luca would dole out materials and encourage us to paint, to create, he always had all the time in the world to share his talents with us and to show us a new way of seeing the world.

He grew a giant bamboo forest in the front yard of his house, and created sculptures that reached for the sky beside these great, green shoots. The trees were filled with wind chimes and would sing with the breeze – a singing forest – and it seemed that everything he touched became somehow imbued with the mystical, the magical, with a meaning that it did not have before.

He would come to stay, dragging with him scarves and old suitcases, his homemade shell earrings and smell of cigarettes bringing with it the wind of exotic places, of experiences we could never really know. He would, in the space of a day, transform our ordinary guest bedroom into a magical studio: fabrics would appear, small statues would be created from objects he had found in our garden, the paint palettes and brushes would sprout, the smell of oils and methylated spirits, incense and of course – the jazz.

We adored his universe, and it taught me something important about inhabiting spaces, about taking the time and the care to bring them to life in a way that is uniquely your own.

This has nothing to do with interior decorating or styling, it is an expression of creativity and of self that is as deep as the art itself, the art he was creating. We become our spaces, they are an extension of us; they embody our way of looking at the world, and our hopes. The way we use our rooms is unique to our individual ways of living. Uncle Luca taught us to make shrines. I still have one – ever evolving – in the corner of my kitchen. A collection of objects found in nature, of trinkets collected in the bird markets of Arabia, or the back streets of Thailand, from the tree in the local park, from the hands of my sons, from Paris, painted ceramic animals I have made myself, photographs ... I burn incense and light candles and remember the things that are important to me. He taught me that. Space is place, and we create and curate our own universe.

Historically, it has often been the domestic space that has been the woman’s domain, and the place where she can influence her world. Marella Agnelli, the beautiful wife of billionaire industrialist Gianni Agnelli, re-created stunning gardens in Italy with the help of the legendary British garden designer Russell Page. She quotes the Contessa Volpi as having prompted her to begin her journey – a Venetian “dragoness” who called her up after her marriage to Agnelli: “Remember, my dear girl, all one needs to catch a husband may be a bed, but it takes a whole house to keep one.” Marella took this advice to heart, but when her husband died, she went to Morocco and created a very different garden, a paradise just for her; it was an expression of self.

Also in Morocco, Monsieur Yves Saint Laurent revitalised and re-created the Jardin Majorelle to express his idea of beauty.

For anyone who spends a lot of time in the home – man or woman – this is still the space where the hand and the eye have a chance to show themselves, to express themselves, to physically manifest a point of view, a legion of values, desires, and a particular understanding of beauty.

I have recently become quite obsessed with gardens, the ultimate woman’s room in a way. Just like Uncle Luca’s bamboo forest, women have been creating gardens for centuries, quiet green places that whisper their dreams and reflect, in the most gentle yet eternal way, their deepest ambitions. Gardens evolve with us. Plants are life, they require care just like children – we have to love and nurture them, we watch them grow, we train their path, albeit plants are admittedly a little less noisy and come with less mess ...

I want to build a garden and fill it with wondrous things. This is both a real dream, as well as perhaps a metaphor for the rest of my life.

I want to build a garden and fill it with wondrous things, to create from a space a place of beauty; a living, breathing expression of everything I dream of for the future, for mine, and that of my children.

To place a vase of flowers by the bed, to drape a cloth just so, to soften a lamp bulb with a paper shade, to burn a piece of sacred, fragrant wood, to hang a cascading succulent from the ceiling ... this is how we care for our environment, this is how we care for ourselves. We take the time to make things beautiful for no reason other than that our souls require it. It is an expression of love that we create for ourselves; the added pleasure is that we can invite others in.

We consider our spaces, however small or large, and how we might use them, what we might do there ... host our friends, retire to a quiet corner to read, eat lunch in the shade. Landscapes and interiors are something shared as easily and beautifully as food – and as important. It is our universe that we offer the people who stumble upon them, a moment to inhabit our world as we see it, and in turn, we have the chance to inhabit that of others. If reading novels is about living in bodies not our own, an invitation into a place that reflects the creator is to be welcomed into a universe not our own. And every step into the Other expands our own individual worlds, our own horizons. We are prompted to dream, and that is a great gift to both bestow and to receive.

PREVIOUS
Jonathan Van Ness on the healing power of baths and the best serum for sensitive skin
NEXT
Thursday longread: remember the summer

Someone pour us a martini stat. 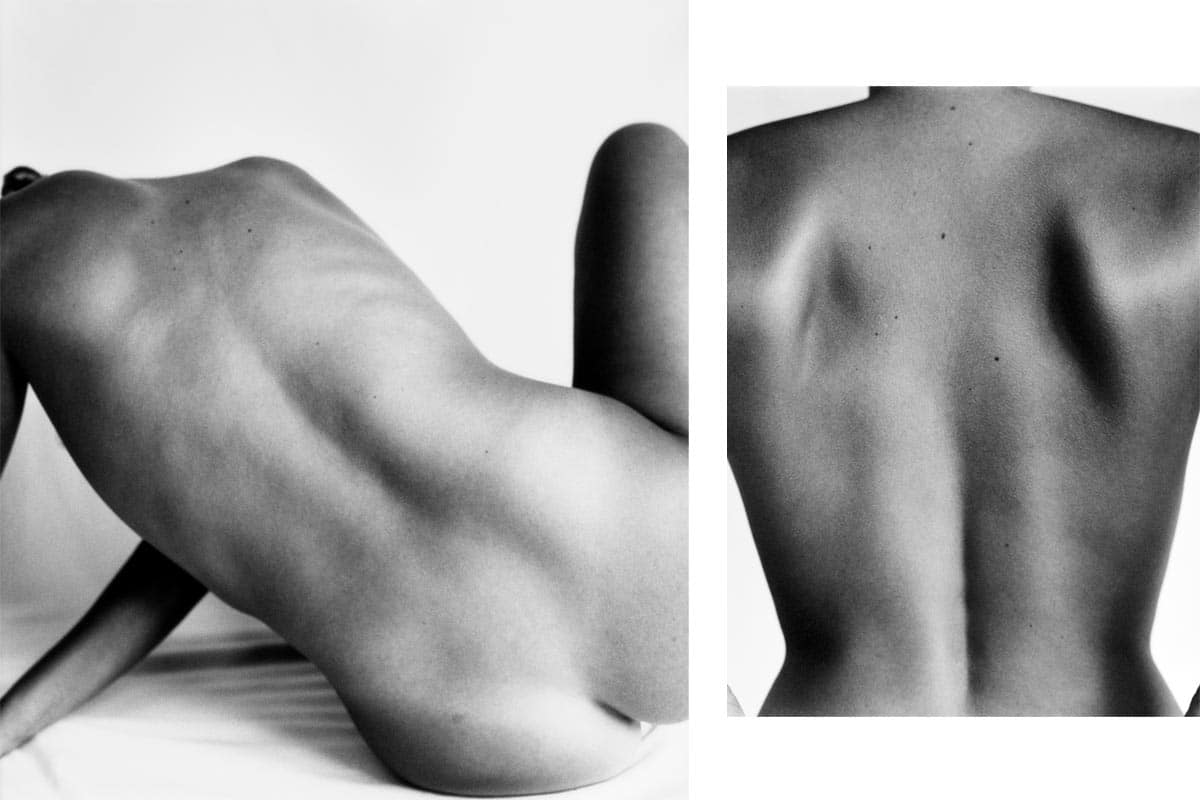 Intuition comes to us in many forms, and in ways that we don’t always understand. 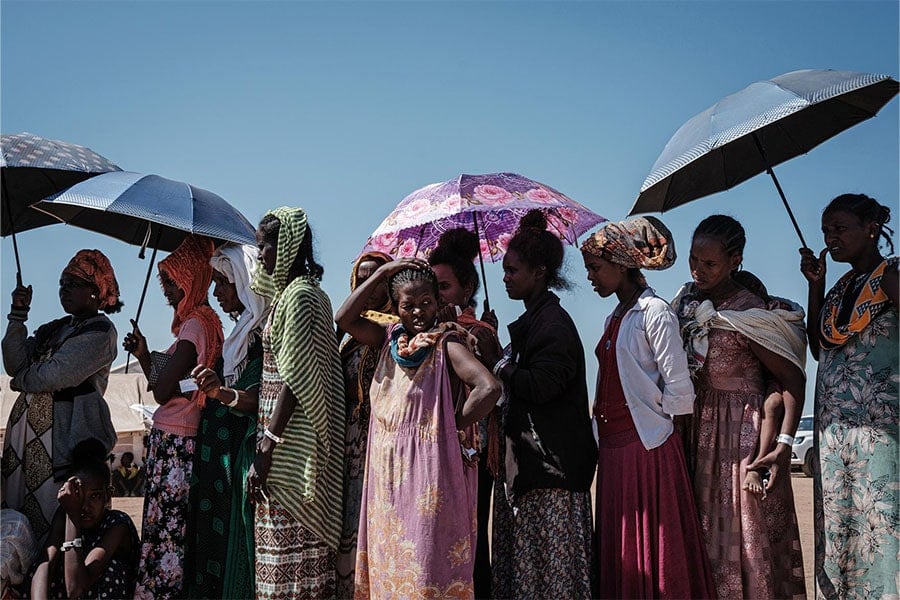 As we piece together the atrocities taking place in Tigray, it’s imperative that we educate ourselves on the critical events leading up to, and following the offensive launched on Mekelle.