Teneil Throssell knows what it takes to life us higher. You may know her by her stage name HAAi and whether she's helming the decks at a festival or stoking the atmosphere in a club, this Perth-grown Australian export is creating psychedelic sounds that swallow us whole.

When I first encountered her new album Baby, We're Ascending I could feel the aura of a particularly bad and nauseating migraine setting in. Even the gentle scrape of my upstairs neighbours dining chairs had me retching. To try a new remedy I clicked on the single Bodies of Water and immediately felt my body begin to calm. Expertly put together and with shimmering vocals, something HAAi tells me is a new feature to her techno tracks, the artist pulls from her favourite genres like Turkish Psych and Afrobeat to deliver a sound both heady and energising.

Coming off a month-long stint touring Australia back in March, an opportunity that for a long time appeared up in the air, we caught up with HAAi just as she was about to begin the long journey back home to London. Below, we discussed her new album ahead of its release on May 27, along with queerness and visibility, what it's like to play in her home country again, and the things that are keeping her inspired. Find our conversation with HAAi underneath.

If you're life was a film soundtrack, what would it be?

Beetlejuice. Yes, just with how mental everything has been. Harry Belafonte.

You were previously in a band, how did you make the transition to techno?

When our band broke up quite catastrophically as they do, I had been collecting records for a while. Like Afrobeat, Kenyan, Ghanaian, Turkish Funk, and Indonesian Psych music. And I was working at this bar and wanted to play those records more and more. Then the thing that really switched me, because even at that point techno was not on my radar — I just didn't get it — was when I took a friend who was moving back to Australia to Berghain as a parting gift. It's very cliché. But I just heard techno how it's meant to be heard, basically. It was so much more psychedelic than I ever gave it credit for. It was a life changing experience.

Living in London during multiple lockdowns, how did you fill your time when the clubs were closed?

I got a table tennis table from Gumtree for 80 quid. I also made my latest album Baby, We're Ascending. Although, at that point it should've been 'baby, we're descending'. When everything stopped I though 'well, I don't really want to make music for the club right now' because that was really heartbreaking. So I started making music that was more like a focus listen kind of thing.

During that period I was also sharing the studio with Romy Croft from The XX and coming from a band background where I was the singer, I felt like I had the time to use my own voice a little bit more. It was something that I was really nervous to do at the start because it's a lot easier to hide behind glitchy techno.

Then Mute Records and Daniel Miller particularly, were were really, really encouraging. Once I sent them one track that I had sung on they asked 'would you be interested in in trying more stuff like this?' and I was like 'yes'. I ended up writing two more vocal songs. One of which is the title track, a collaboration with Jon Hopkins, which I think is the strongest. 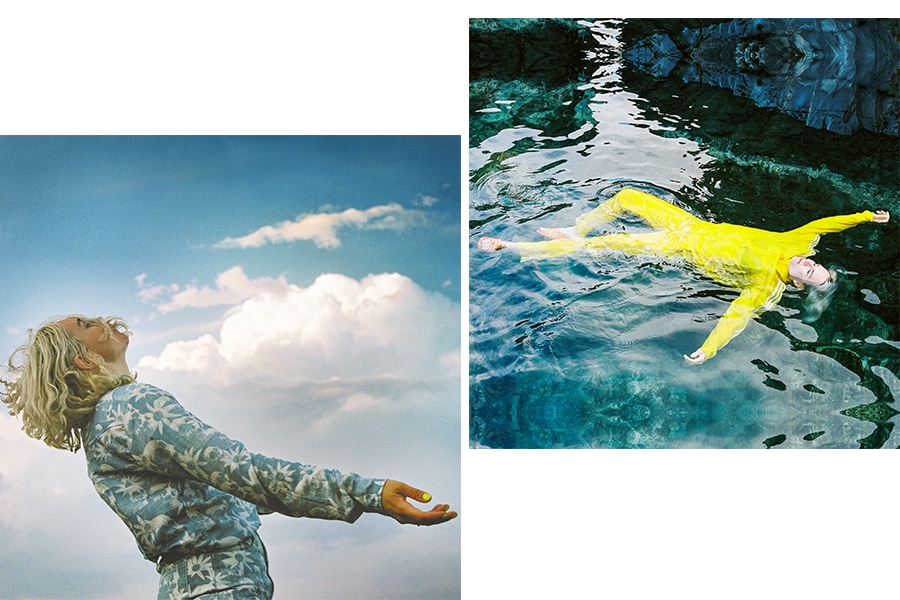 What can we expect from Baby, We're Ascending?

I would say it's quite a hyperactive journey. It's very reflective of a hyperactive brain in lockdown. Which was a message that I wanted to send with the whole album as well. Just because something that I was understanding about myself, as we locked down, was that I've never really paid attention to having ADHD with anything I've done before because my lifestyle really suited it. I've always been on the go. Whereas when you're forced to stop it becomes more noticeable.

Is there anything you wish more people knew about you?

That I'm fucking cool. No. Really good question actually. I don't know. I feel like I'm a pretty transparent person. I think one thing that I've made a much more important discussion over the last 18 months has been talking more about my queerness.

I spent so much time in my career trying to find my own space as a person and as a female, that I really forgot about my queerness and how important that is in what I'm doing. So I've just been trying to be more visible with it.

You brought a lot of queer artists into the process of making this album, can you tell me what this was like?

It was really special actually. Particularly because I had always worked solo and was very protective of that because non-male artists can get picked apart. Someone always thinks there's a guy behind what you're doing. Creating an environment where I was working with other women and non binary artists was amazing and it was such a beautiful, respectful work environment.

How can we make these spaces safer for queer communities to get involved in, whether that's listening, or actually putting forward their own music?

I think one of the most important things is if you identify with any kind of minority and you have a platform, it's to be as visible as possible. With visibility these kind of conversations set the tone for the next phase of people coming through. For me it about being personally available and doing as much as I possibly can to help elevate minority artists. 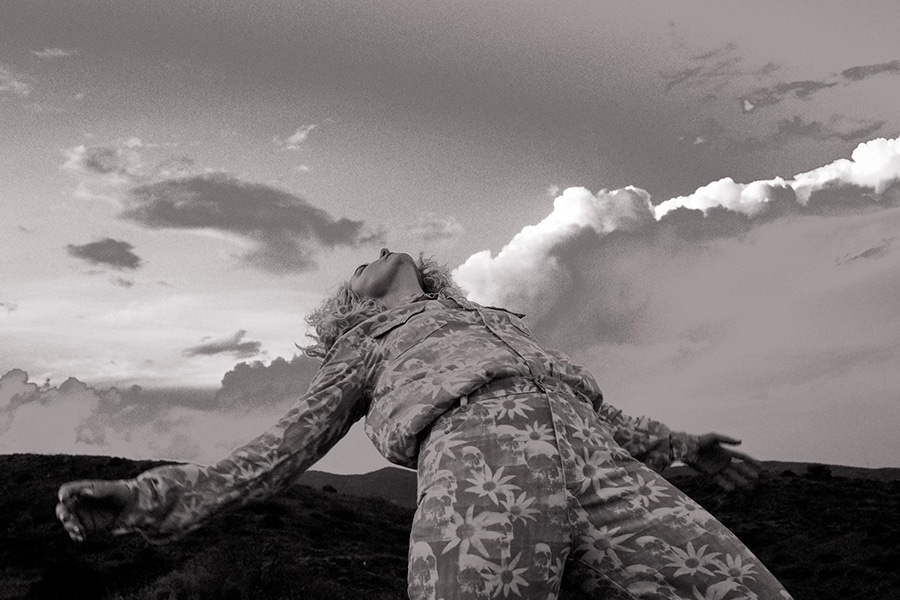 Tell me about your recent tour across Australia?

I literally had my suitcase packed for a month because I was like, 'I might be leaving in a few days or tomorrow'. No one really knew what was going on with restrictions here. However, once I got to Australia it was really special because I brought Alice my girlfriend out with me as well. I came out for Sugar Mountain Boiler Room, which was magic and the other was Pitch Music & Arts Festival where I closed the mainstage. It felt really emotional to do both of those in particular, but the very first one that I played was a little queer festival just outside of Melbourne called Gaytimes.

I was just so grateful to be playing and cried so many times because there was a point over the pandemic when I thought this won't happen. Or thinking that I might not get to play in my home country again.

Do you have any rituals before you play a set?

It's funny that you asked actually. Not really. I pace around a little bit. You're obviously feeling a lot of adrenaline. But I have this joke with my friends where I scream [Teneil screams] once someone from the club or festival tell me that I'm due on stage. That's probably the closest thing that I have to a ritual.

You've previously worked with designers like Prada, Burberry and Aries Arise, what's your relationship with fashion and do you have any style icons?

I've always been interested in style and it's nice to be recognised by those designers. In terms of style icons, there's lots of people who are, but one of my best friends Imogene Baron is a stylist and I've always really loved the way she styles people. There's an element of almost carelessness to it. Maybe it's just a personality thing but I've always had more of an interest in men's clothing than a lot of women's stuff too.

One thing I've actually been talking to my girlfriend about lately is that I really love how much it seems like there's so much techno in the shows this season in particular. Especially for the biggest fashion houses. I really love that sort of connection at the moment. So maybe that's why they're interested in me as well.

What else has been inspiring you besides music?

I think a big thing has been travelling again. Just like getting outside of my own space. Right now I feel like one of those cars that you would wind back as a kid. I've been wound back for two years and now I'm ready to go.

When you're on the road, what is something you do to take care of yourself?

The thing about being on the road is that I find getting proper rest is not ideal because you're travelling through different time zones. You might be playing late and have an early flight. I think just every chance that I can take I'll like make sure that I take time out to do really simple things like have a bath or have a steam, something that centres your brain a little bit more I guess. I don't meditate. Yet. My friends are really trying to talk me into it it, but I'll do it in my own time.

PREVIOUS
Kazuo Ishiguro’s 'Never Let Me Go' is getting the streaming service treatment with a TV series adaptation
NEXT
Jessie Buckley is only just getting started, starring in new sci-fi romance 'Fingernails'