Fashion and cinema have always been inextricably linked. No one understands this better than Gucci creative director, Alessandro Michele. For past seasons, he's been riffing on themes of Hollywood and cinema, and for the Gucci FW22 collection entitled, Gucci Exquisite, the brand taps into iconic cinematic moments to tell the story of the collection.

"If you ask me, a garment is not, and never will be, just a piece of fabric. It’s rather the means through which we are able to unfold who we really decide to be, it’s how we shape our desires and the ultimate sense of our staying. That’s why I’ve always imagined my collections as films able to convey a cinematography of the present: a score of stories, eclectic and dissonant, that can sacralize the human and its metamorphic ability," Michele says in a press release. 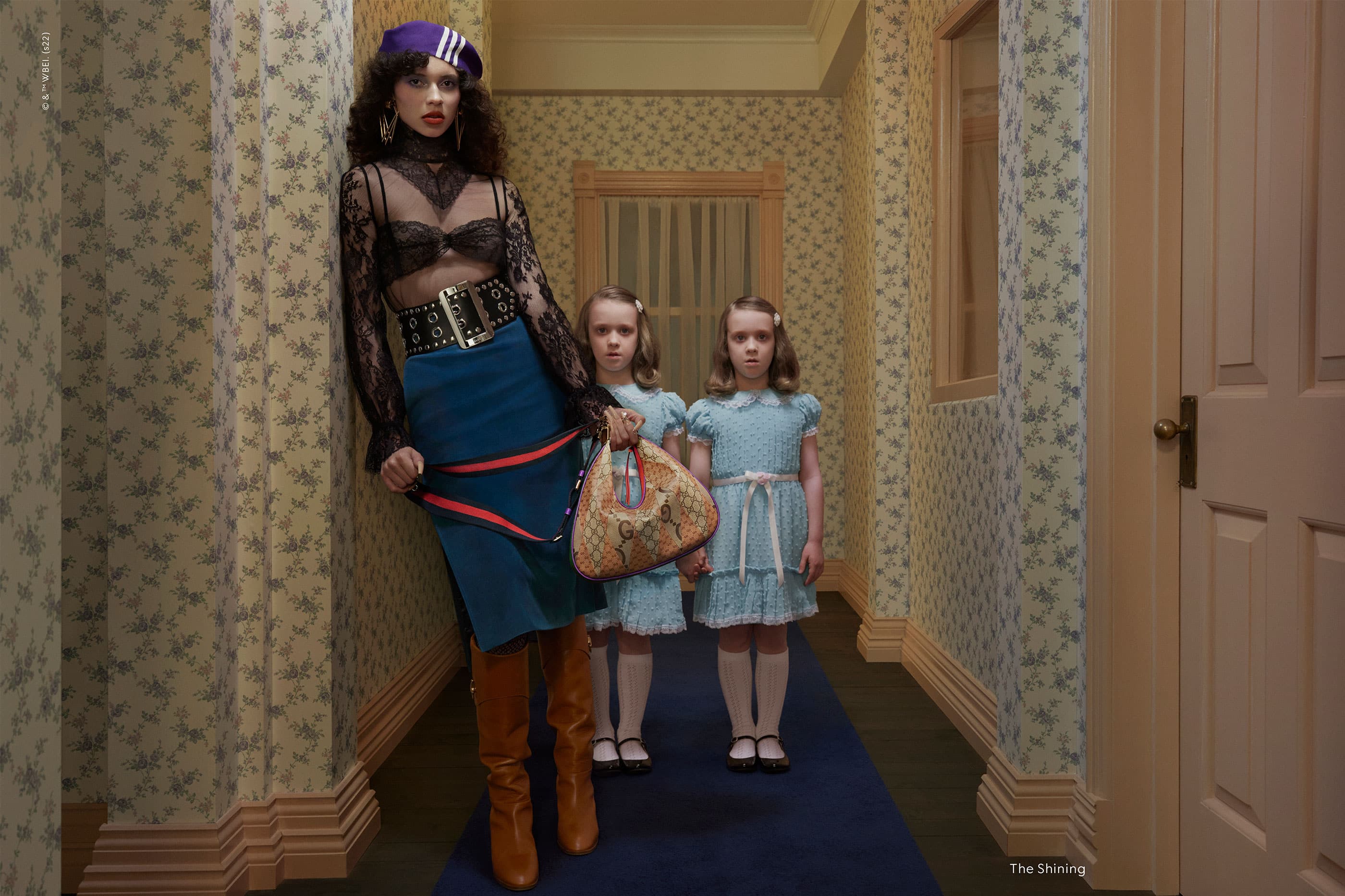 For this tribute, Michele taps iconic moments of Stanley Kubrick's filmography, as one of the most prolific and renowned filmmakers of our era and responsible for a slew of cult classics like The Shining, 2001: A Space Odyssey, Lolita, Barry Lyndon, Clockwork Orange, Eyes Wide Shut, and more. Said to have provided inspiration by Kubricks unique ability to experiment with many different subject matters and walk the line between reality and cinema, Michele was, from an early point, always moved by his work.

"Reinhabited" as an act of love and admiration for the filmmaker, Exquisite, takes scenes from some of his most famous films and patchworks them together in classic Gucci fashion. "I took the liberty of disassembling, blending, grafting and reassembling them. Sticking to my creative praxis, I seized those movies, resemanticizing them, populating them with my clothes," Michele notes in the press release.

"Trying to create short circuits where the adidas gown, that had already lost its status of sportswear to become a Victorian costume, appears as a new character in the script of Barry Lyndon. The dress designed by Laura Whitcomb, wearing which Madonna grabbed the New York spotlight in the nineties, fits in the gothic scenes of The Shining. The mysterious darkness of the enigmatic ritual of Eyes Wide Shut embraces a venus in fur, embellished with sensual bourgeois pearls. And more, the 90s shoes with a fetish flavour explode through the frames of A Clockwork Orange. Finally, the dreamiest evening dress dangled in soft tulle ruches bursts into the aseptic and dystopian space of the Discovery One in 2001: A Space Odyssey. This situationist game mixes historical plans, references, experiences. The past explodes into the present. Everything can become anything, or something else. As in that famous scene of Kubrick’s masterpiece, where the bone turns into a spaceship. As in life." 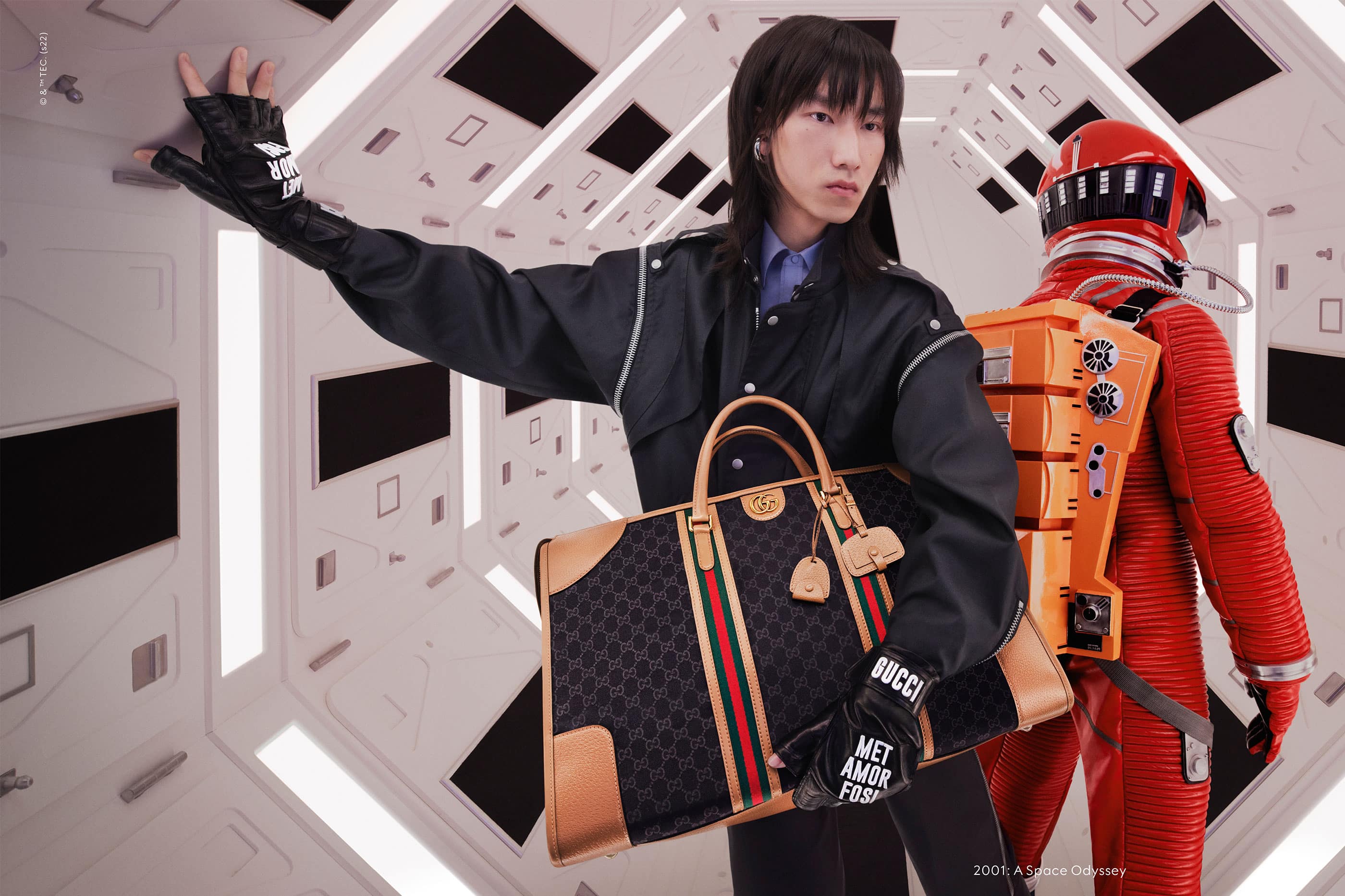 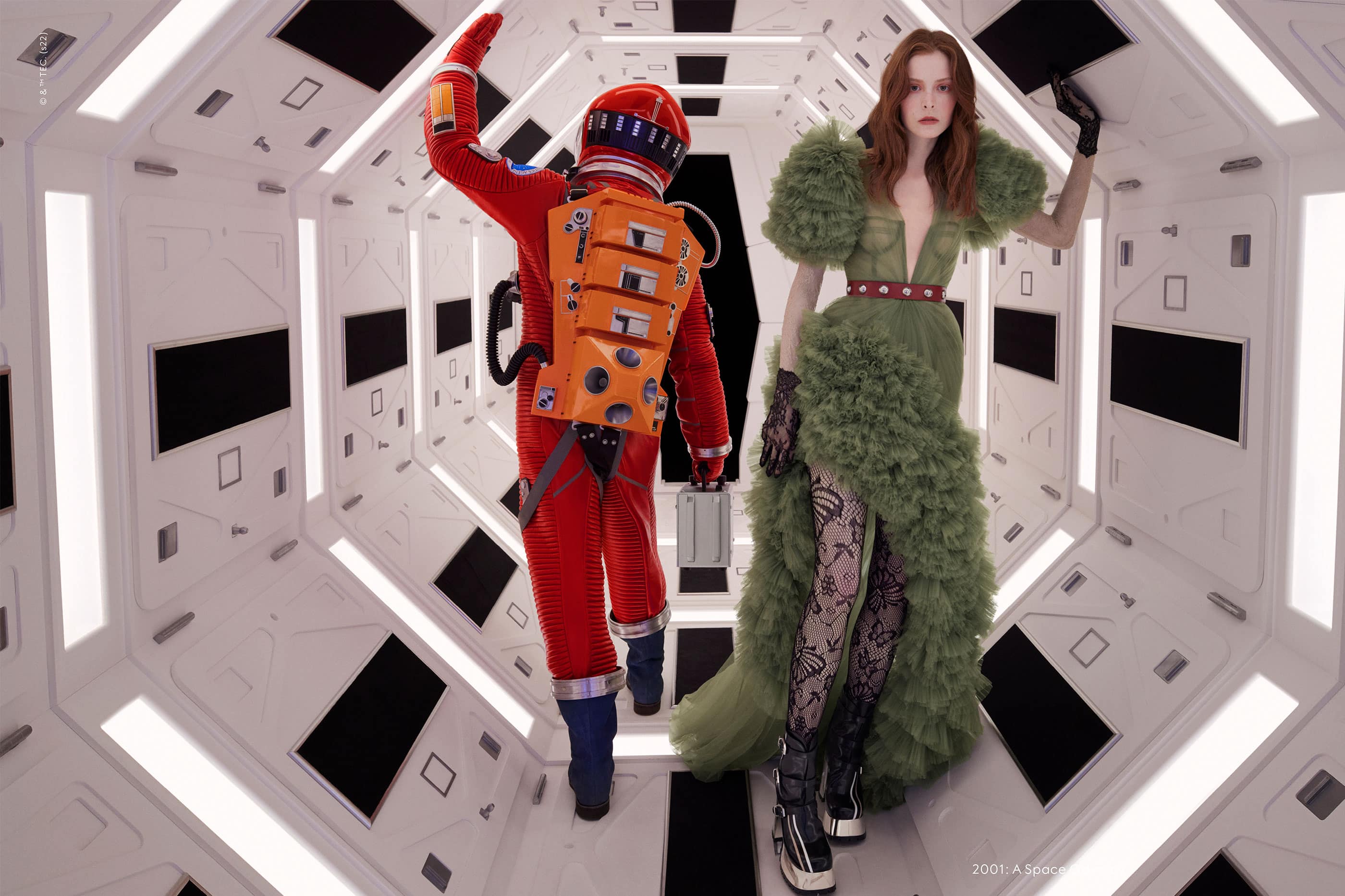 Despite it being a fashion campaign, Michele approaches so much of his work with the same attitude: to explore life and what it means to be alive. Mixing high and low, looking to art and philosophy to inform his practice and creative vision, paying homage to cinema – so much of this has always been threaded through Michele's legacy at Gucci, with each collection film offering a new perspective on the way he sees the world.

"This involvement generates a change of state that is very significant for my job: clothes get closer to bare life again. They turn into highly imaginative functional prosthesis, and they do so to tell a story. A story that shatters, enchants, tortures, ignites. Because it’s the story of the human that dwells in each and every one of us. As Stanley Kubrick knew too well. And also Milena Canonero, a very dear friend of mine, who accepted my invitation to go back over some of the scenes that hailed her as undisputed star in the history of costume design. Her presence in this project is moving for me, a very precious gift." 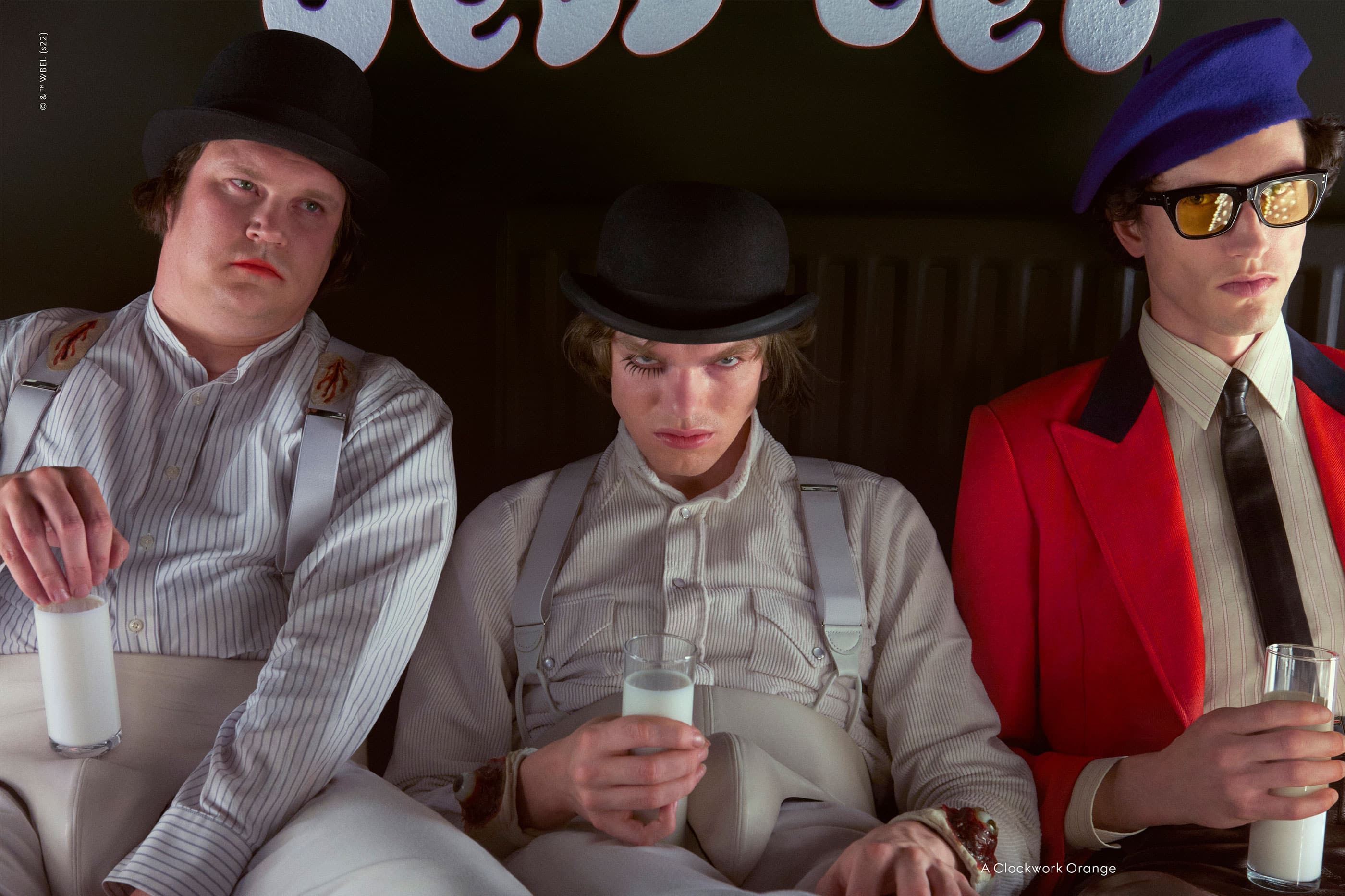 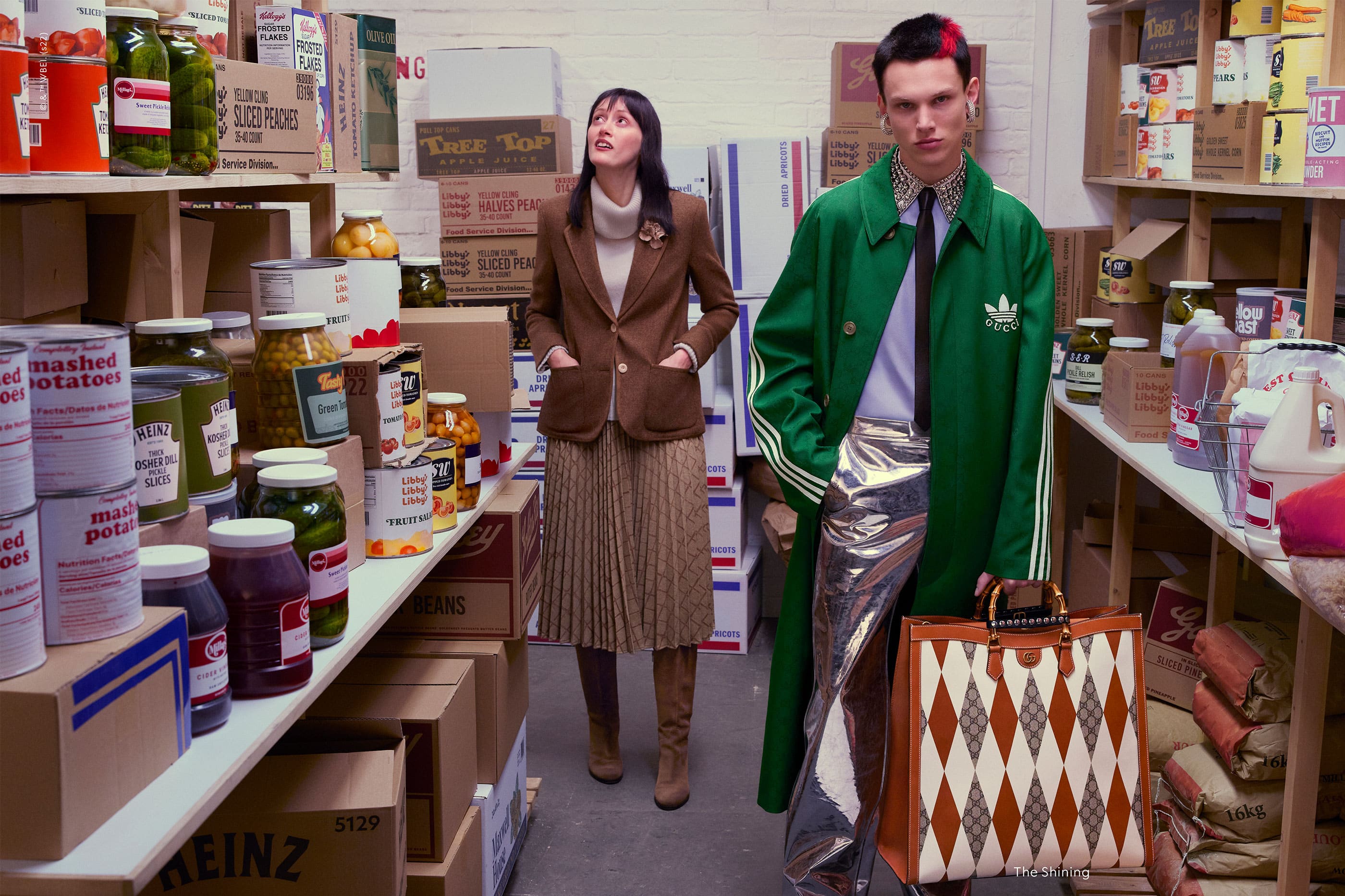