In partnership with Fendi


Fendi's Spring-Summer Haute Couture 2021 show was a sight to behold.

As the debut collection from Kim Jones on behalf of the House, it was always going to be a collection to remember. But it was the show's unique fusion of influences and cast of the biggest names in the business that has branded the collection, like a shooting star, into the fashion consciousness. 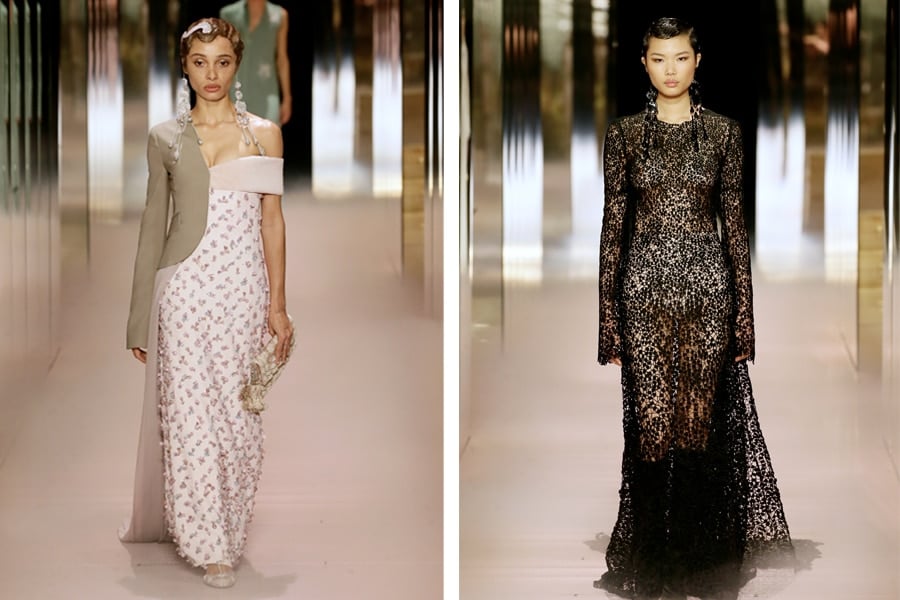 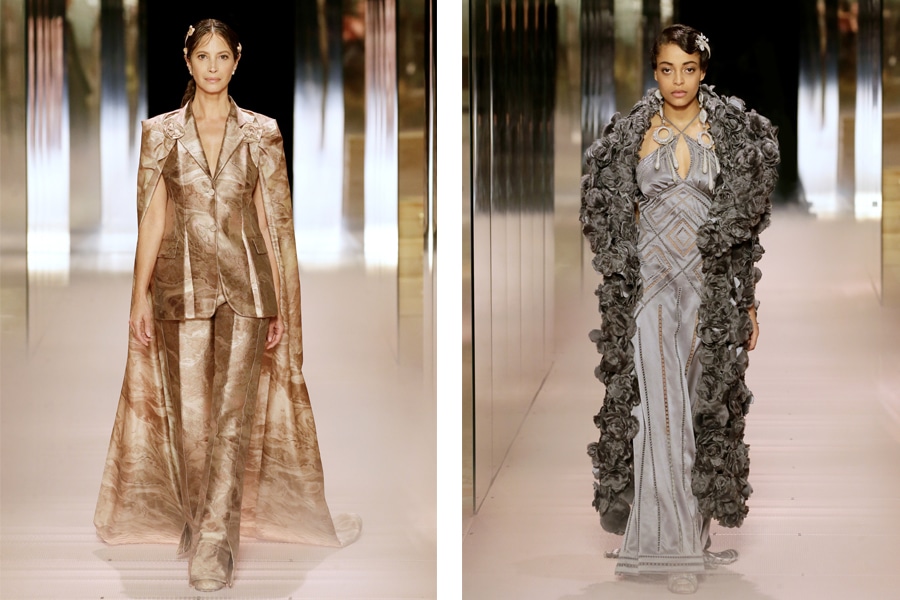 A striking celebration of childlike wonder, imagination and evocative visual language, you can watch the full show here.

The show was held at the Palais Brongniart amidst a set reminiscent of a maze of gardens and library shelves - although one made from perspex walls, so as not to block the views. Models floated down the catwalk and instead of taking a return journey, entered different sections of the maze-like set to read books or stand amongst the trees. 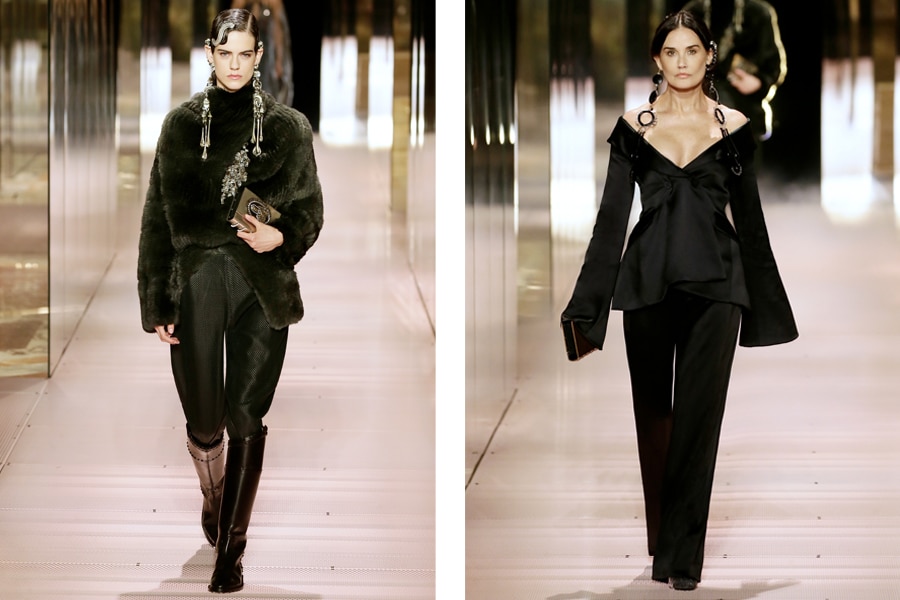 Artistic director, Kim Jones, drew from influences like canonic literature and worldly destinations to create the Fendi Haute Couture dreamscape. Experiences from his formative years like his childhood in Africa, his fascination with Virginia Woolf and after school trips to sketch the frescoes of Charleston Farmhouse all played a part. These early experiences have since evolved into a fixation with the creative set, whose aesthetics and philosophies guided the direction of his debut collection for Fendi Couture. 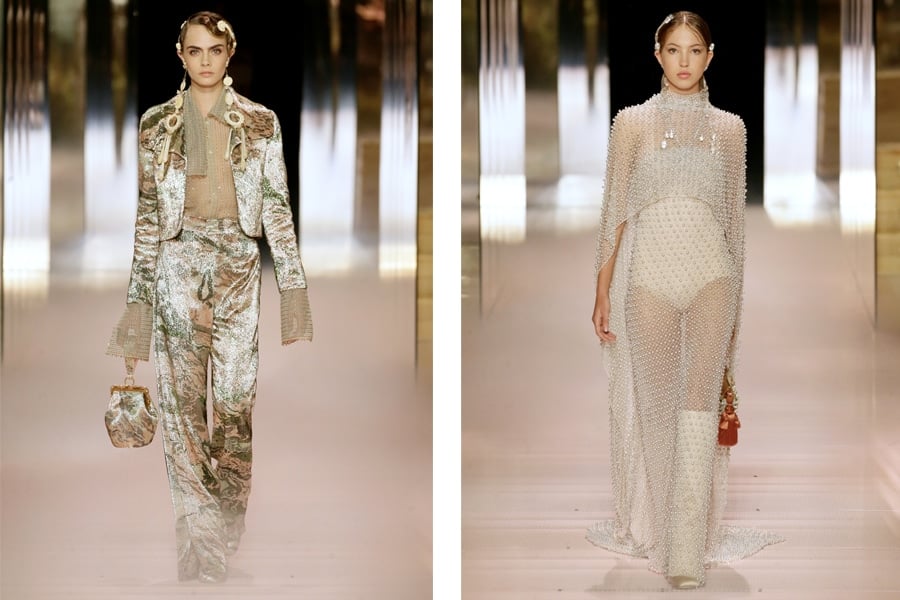 Gilded gowns, sheer shirts, exaggerated bell-sleeves topped with exaggerated Victorian chandelier earrings all called out to an era gone by. One of decadence, elegance and old world beauty, yet translated for a modern audience. Influences from Virginia Woolf's Orlando - a novel that played with the social construct of gender - can be seen in many of the flowing, gender-neutral designs.

Jones takes the helm as artistic director for Fendi, a role previously held by Karl Lagerfeld. This is the first time Fendi has shown couture for Spring Summer, having previously only shown for for Fall Winter. 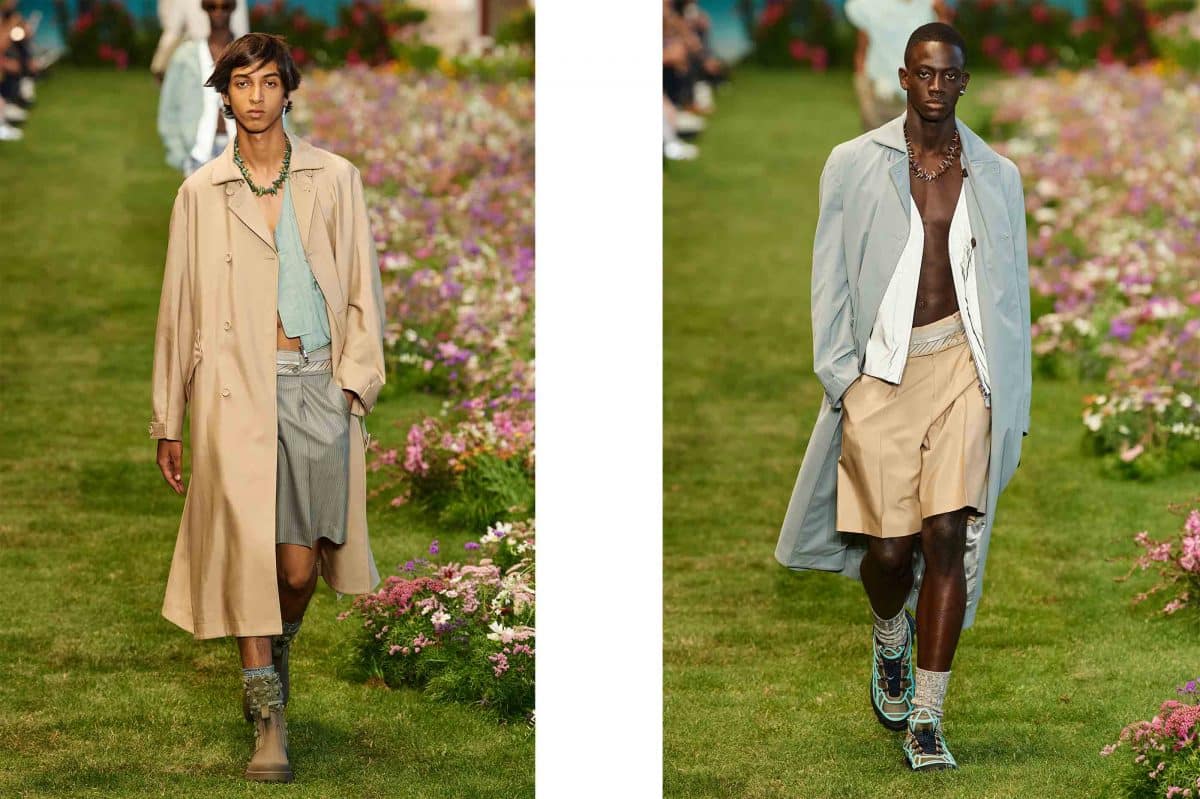