LA woman, writer and cultural observer Eve Babitz has passed away aged 78. The news came on Friday, December 17, with the cause of death pinned down as complications from Huntington's disease.

Eve Babitz was the ultimate muse. She introduced Salvador Dali to Frank Zappa, persuaded Steve Martin to wear that white suit, and famously posed nude while playing chess against Marcel Duchamp for photographer Julian Wasser — an image that would be burned into our collective memory and adorn the cover of Joan Didion's Play It As It Lays. Her lovers included some of Hollywood's biggest names — each eclipsing the last in power and fame — think, Steve Martin, Harrison Ford and Jim Morrison. But to relegate her to an object of male success and fantasy would be to do a disservice to her own inner life. Eve Babitz could hold her own.

Her writing, which enjoyed a resurgence in the last five years, was dishy and extremely candid about Hollywood in the 1970s. Often compared to her contemporary, the inimitable Joan Didion, the two were in actual fact complete opposites. Where Didion's words are sharp and scathing, Babitz's were gooey eyed, sundrenched, and romantic of the excesses of the time.

For the uninitiated, some of her titles include: Sex and Rage, Black Swans, Eve's Hollywood and Slow Days, Fast Company, Her own life often became the central focus of Eve's writing, after all she was LA distilled. Born to an artist mother, and a father who was a violinist in the Twentieth Century Fox Orchestra, it's difficult to extricate Eve from the celebrities and heavyweights that were constantly in her orbit. Her godfather was Igor Stravinsky, for christ's sake.

But rather than lay low in the shadows, she thrived. Designing album covers for Atlantic Records with a portfolio that included releases by Buffalo Springfield, The Byrds, and Linda Ronstadt, before ultimately sitting down to write.

In the wake of her passing and in celebration of her life, underneath we've rounded up some of our favourite quotes from Eve Babitz. 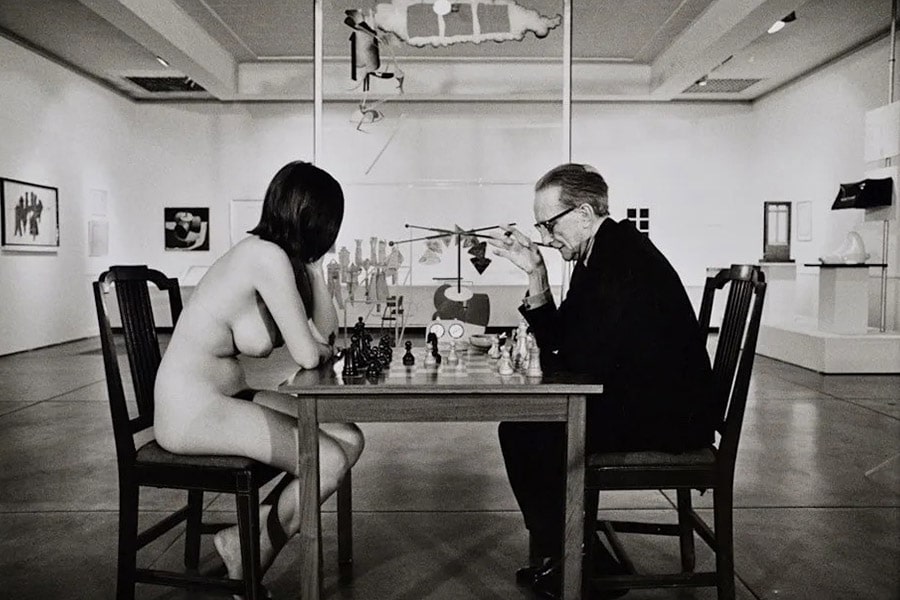 “I did not become famous but I got near enough to smell the stench of success. It smelt like burnt cloth and rancid gardenias, and I realized that the truly awful thing about success is that it's held up all those years as the thing that would make everything all right. And the only thing that makes things even slightly bearable is a friend who knows what you're talking about.”

“In our romantic lives, these moments of jealousy, which scorch our lover’s initials into our flesh and seem to brand us, often vanish into thin air sooner or later."

"She looked mean and stylish, as if she were supposed to be beautiful and you should take her word for it. From afar, she looked a lot better than close up. Sort of like America.”

“I wouldn't leave L.A. if the whole place tipped over into the ocean."

"I've been in love with people and ideas in several cities and learned that the lovers I've loved and the ideas I've embraced depended on where I was, how cold it was, and what I had to do to be able to stand it."

"I was always much too elated to imagine despair."

"I was sure that somewhere a grandiose carnival was going on in the sky, and I was missing it."

"People with brains went to New York, and people with faces came West."

"Harrison [Ford] could fuck. Nine people a day. It's a talent, loving nine people in a day. Warren [Beatty] could only do six."

“The two girls grew up at the edge of the ocean and knew it was paradise, and better than Eden, which was only a garden.”

“Secrets are lies that you tell to your friends.”

“It’s only temporary: you either die, or get better. —Something we used to say about life in general, feeling sophisticated and amusing in bars, back in the days when we thought how you behaved was the fault of other people.”

“You know, when you come to think about it, it's a wonder women have anything to do with men at all, and no surprise that men have devised all kinds of schemes to bind women to them, like not giving them any money. If you had your choice of sleeping with a beautiful soft creature or a large hard one, which would you pick? I mean, if they both had the same amount of money?”

PREVIOUS
Choreographer Alice Topp on Project Animo, returning to the stage and rediscovering unity through movement
NEXT
Melanie Jarnson is the fresh face you need to know about