There are few things that have made us feel as pressingly excited for spring until Kim Jones' Dior Mens Summer 2023 collection entered the chat. Trustfall's The Garden echoes fittingly through the speakers, as Dior's men saunter out of an ornate prop-house into freshly turfed grass surrounded by swarms of wildflowers.

The backdrop is the ocean, fringed by a crisp blue sky. If one were to look into the mind of monsieur Dior searching for a picture of Spring, this is exactly what you'd extract. Inspired by his birthplace in Granville and Charleston, Sussex where the late artist Duncan Grant lived and worked, Kim Jones conjures both time and place for Summer 2023 in the most enchanting of ways. 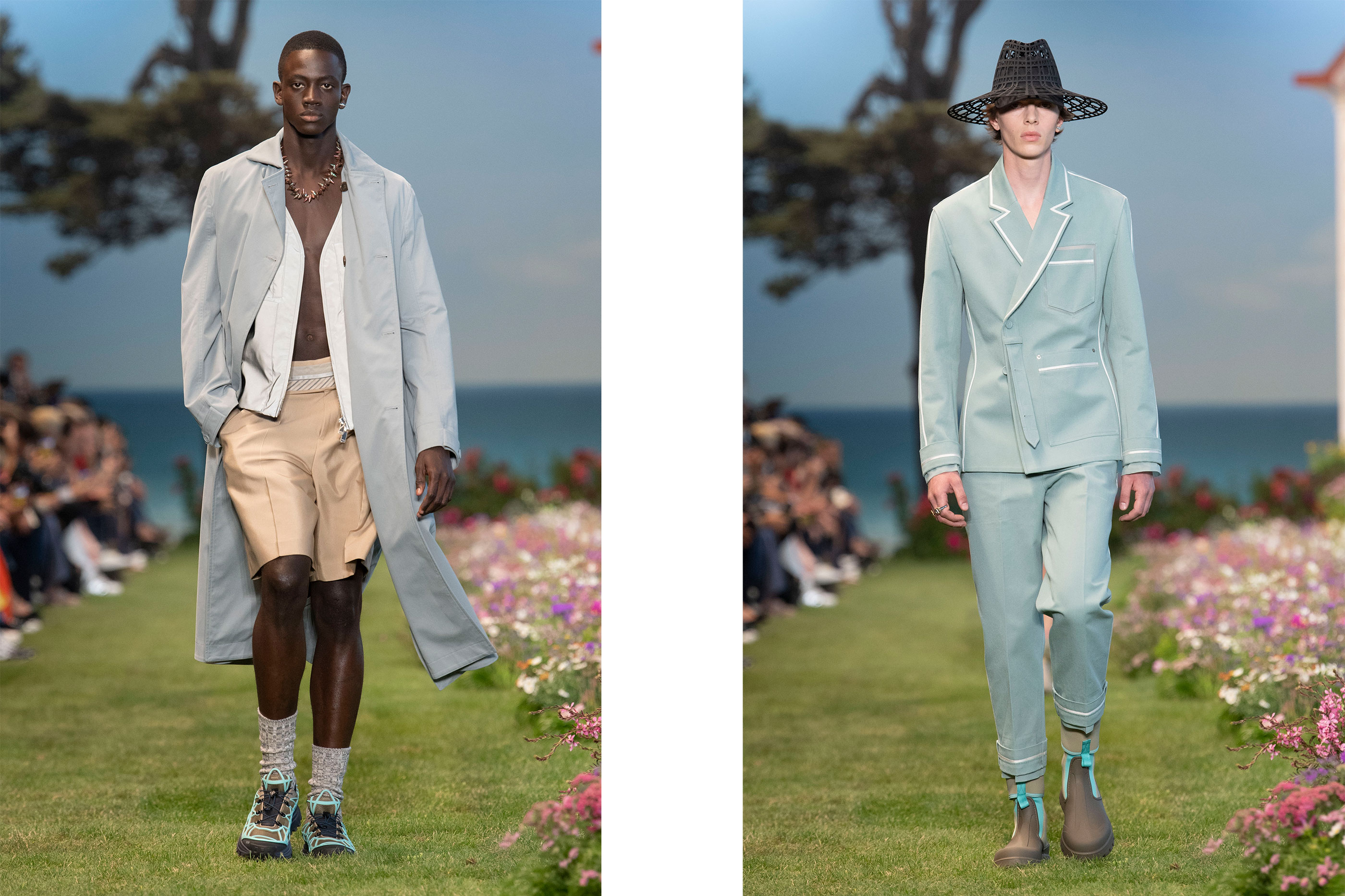 The palette of the collection is derived from the landscape and the notion of the evolution of light. Dior grey is the focal point, followed by pinks and pastels which are interspersed with utilitarian greens and blues – the kind reminiscent of fishing and gardening gear. Informality and formality clash in ways that feel new, layering reflective nylon fishing vests underneath perfectly tailored spring coats which are paired with tailored shorts with turned-down waistbands. Walking shoes, like a Dior take on a work boot and rubber perforated slip-on's. Jones' swing at the New Bar Jacket sees it reimagined in semi-transparent silk organza, revealing the garments underneath. 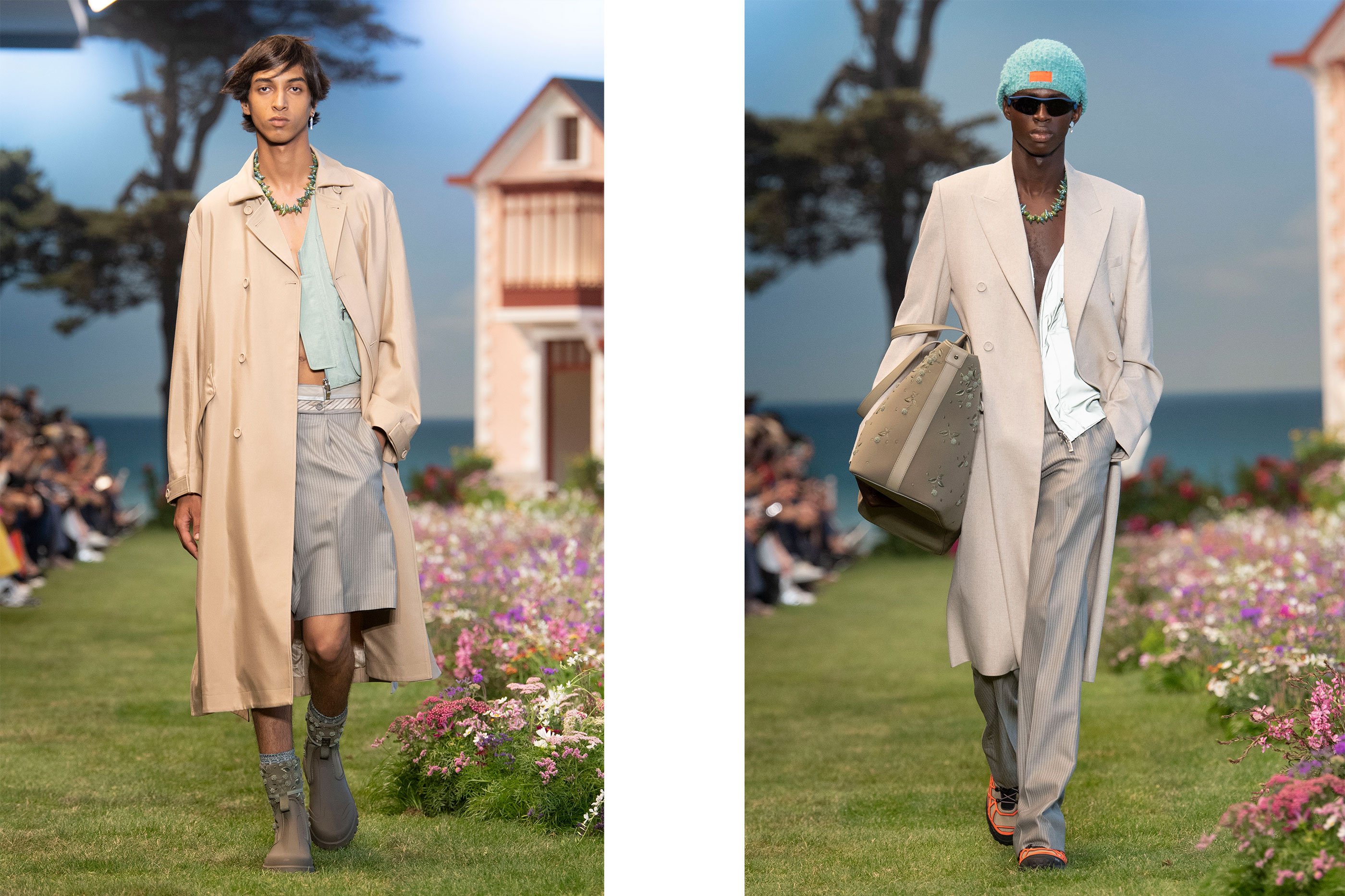 Many of the looks, perfect for a spring afternoon spent amongst nature, are accessorised with 3D printed Pergola gardening hats layered over baseball caps, reminiscent of Grant's painting hats and the pergola trellis in monsieur Di0r's garden.

“Granville and Sussex have a similar climate; the weather, the light and the garden tie one place to the other. For both Christian Dior and Duncan Grant, their homes, their gardens, and their private environments were so important for their creativity. It was these meaningful, private spheres that were translated into their work and became public. Here, we are mixing the utilitarian, natural and gardening elements with stylised, luxurious, new look facets and Duncan Grant artworks in the collection – the private and the public together. There is an idea of the passage of time, the changing weather and light of the seasons, as well as continuity, artistic communities and the legacy of the house of Dior.” Jones said of the collection. 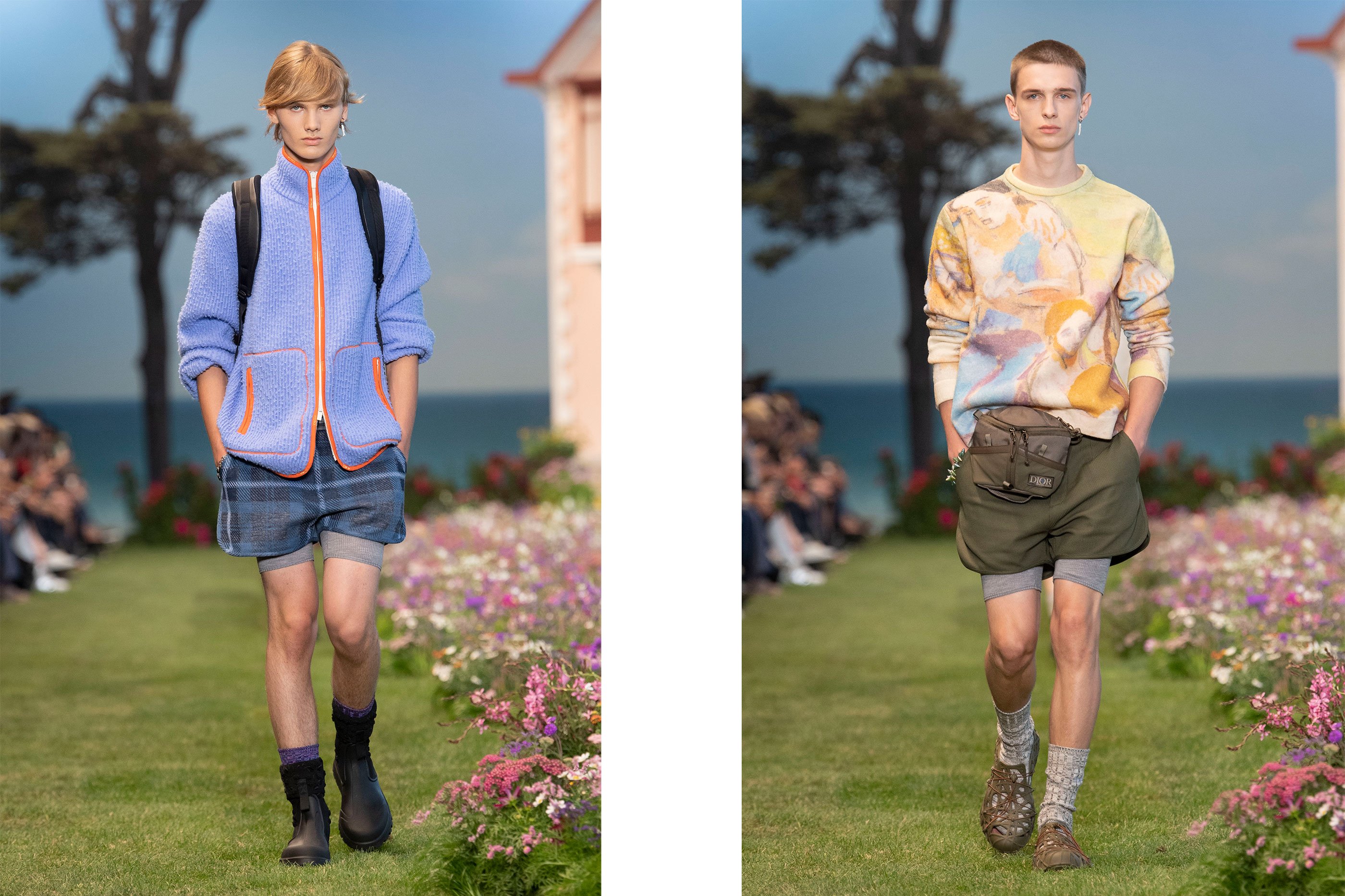 As the artistic director settles further into the identity of the House of Dior, his appreciation for the archives and all they can offer becomes more and more apparent. Striking a balance between modernity and nostalgia is sometimes a difficult feat, but for Dior Mens Summer 2023, Jones moves silently and seamlessly between both, creating both a new world for Dior Mens, while paying homage to the past. If you need me you can find me in the garden wearing Summer 2023. 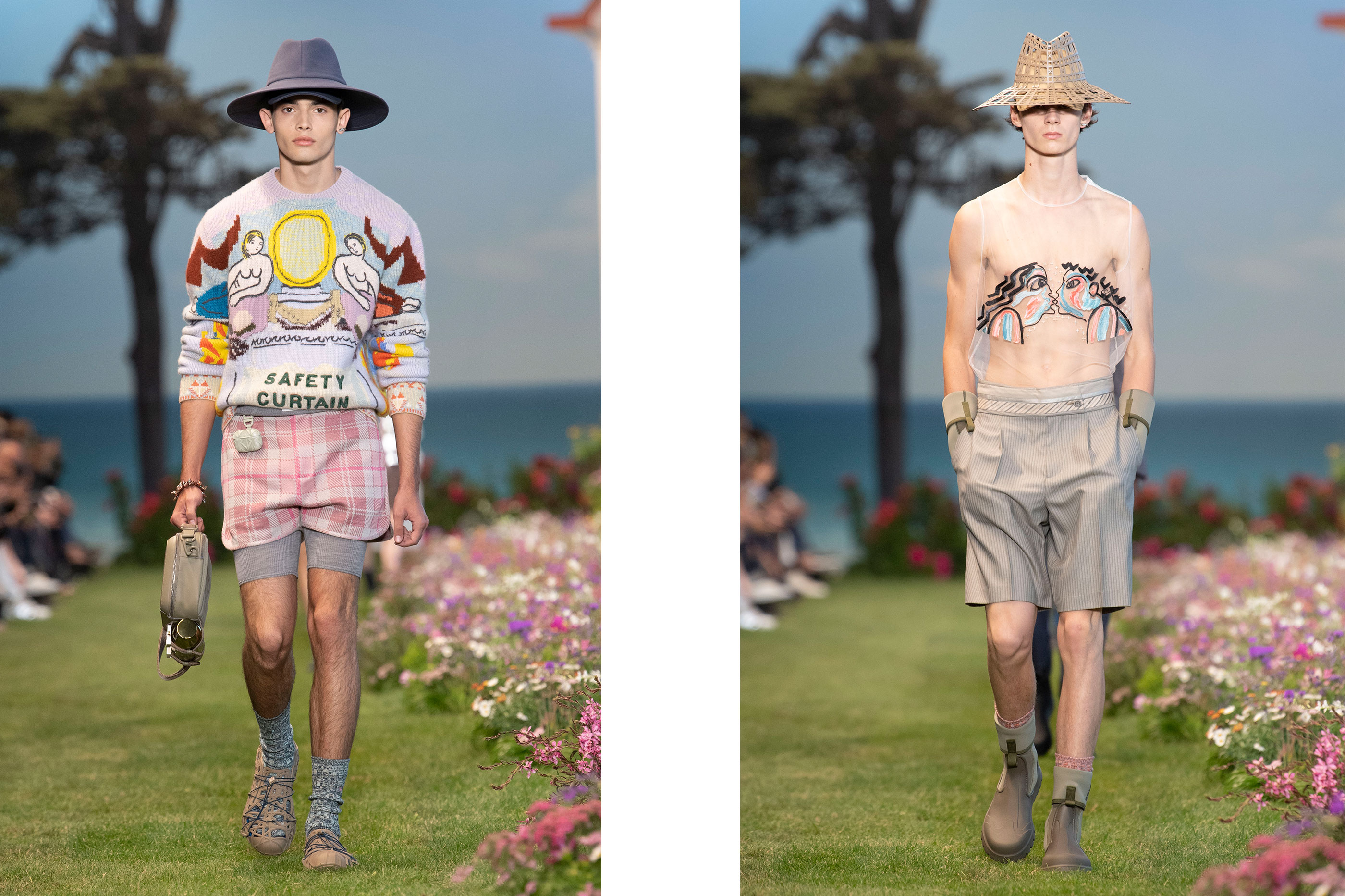 PREVIOUS
Lisa from BLACKPINK touched down in Paris for Celine Menswear SS23
NEXT
At Palais du Tokyo, Celine pay homage to anniversaries and androgyny