When Dion Lee presented a leather monstera leaf as the first and last looks of his Spring 21 collection, the fashion crowd went into the same kind of fervent posting-spree that Miu Miu's skirt set resulted in months later. Fall saw the designer take a break from what seemed to be a one-off motif, but for Dion Lee Pre Spring 23, Lee's leaf returns, only this time with a more futuristic approach. Welcome to Dion's world!

The designer's last show at New York Fashion Week in February saw dystopia at the club when his signature, sexy silhouettes met futurism, a theme that has been naturally built upon for Pre Spring 23's campaign. Picking up right where Spring 21 left off, the collection campaign, lensed by Theo Liu, begins with an updated version of a leather leaf-shaped mini dress and thigh high boots. This time, the leaf is angular with a more robotic silhouette, while chunky track-soled boots are switched out for a thigh high heeled sock boot.

The leaf motif is continued throughout the collection in leather bustiers and as moto-style knee-pad appliqués on leather pants. An updated version of Lee's signature Butterfly-style top – reimagined with the leaf silhouette in boned corsetry and camouflage lace is photographed alongside the same motif rendered in a lace camouflage dress. Elsewhere, the leaf motif appears on the shoulder pads of ombre green jersey hoodies and t-shirts. To accompany all of the technical foliage, are sunshine yellow netted skirts and corset tops, perforated leather peddle pushers, ruched jersey halter necks, cargo pants, and earth-toned sequin camo dresses.

Lee's signature precision suiting returns in classic black and deep teal, offering sharp cutouts in blazers and ties that snake up the torso in pants.

As Lee continues to expand his world and his core DNA, his approach becomes stronger and more recognisable than ever, examining the interplay between the natural landscape, industrial urban environments, and futurism. When at his best, all elements are working together like a well-oiled machine.

PREVIOUS
From slip dresses to Oscar-worthy frocks, this is the Natalie Portman style file of our dreams
NEXT
Anne Hathaway is back so here are her most iconic looks 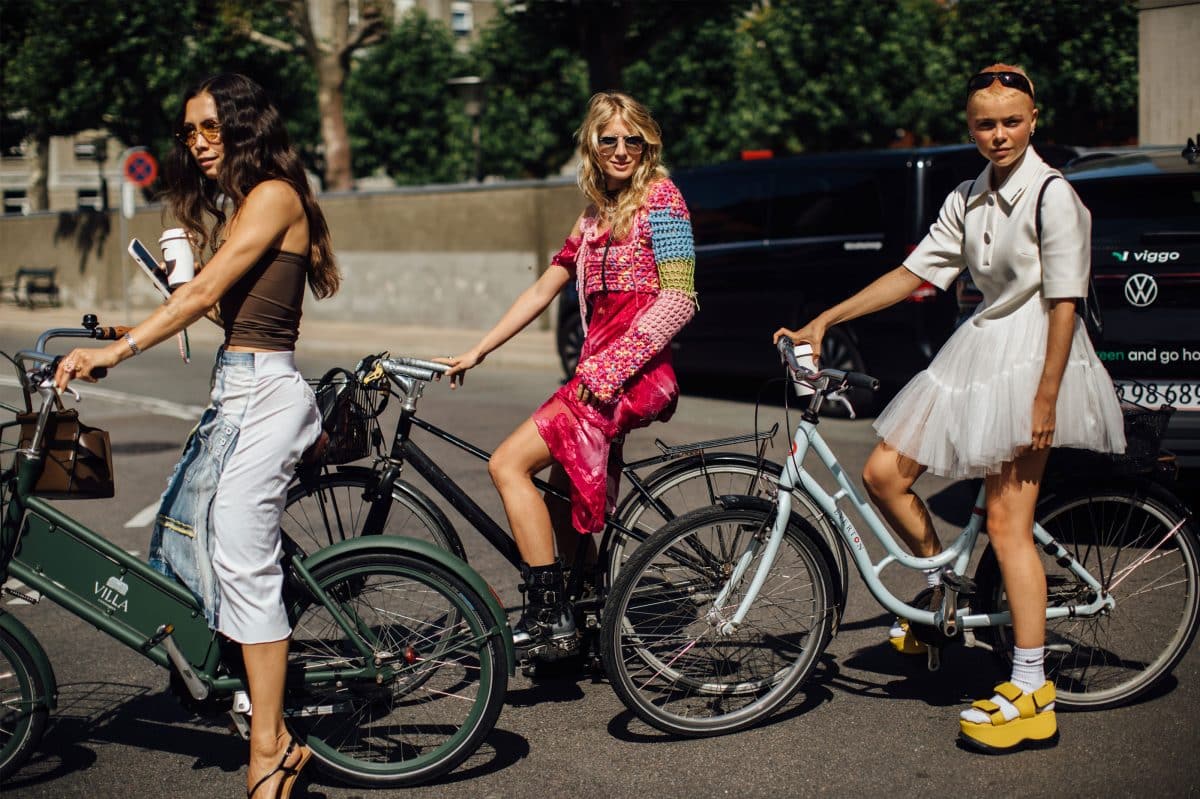