Books: the pleasure is two-fold. Of course we love to read them, but nothing gives us a kick like being the first to know of a hotly anticipated release. Yes, gloating is one of our favourite pastimes and when its married with the promise of a good read, who are we to deny such indulgences? That's why we're bringing you a list of the titles we're itching to plunge into in the new year. Below you'll find a mix of international and local authors, some emerging and others well cemented that are baiting us with fresh stories in 2022.

From Zadie Smith, Lisa Taddeo, Ocean Vuong, Hanya Yanagihara and more, read on for all the best in book releases for 2022.

To Paradise by Hanya Yanagihara 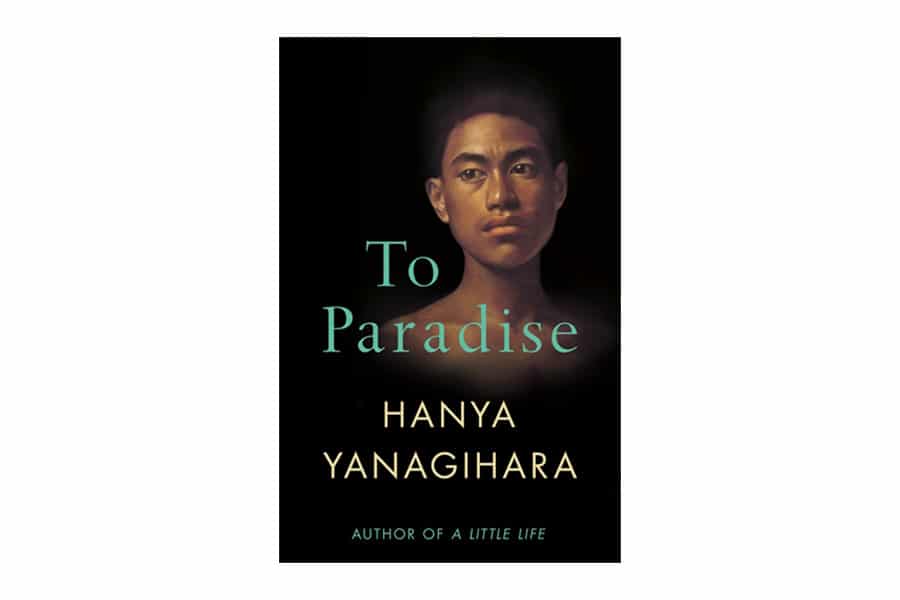 A Little Life broke us. That is just pure fact. In the years since Hanya Yanagihara dropped her second novel in 2015, between all the sobbing, a consistent yelp calling for more could be heard. More indeed. First off the bat of book releases in 2022 is To Paradise, and as soon as it launches on January 11 you can bet your mum we'll be snatching up a copy. Considering that the novel takes us through three different centuries, dropping an anchor in post civil war America, the AIDS crisis and a dystopic future, and given her track record, we can't guarantee you won't need any tissues.

The Fraud by Zadie Smith

While we're yet to catch a glimpse of the cover art or an in depth synopsis, we can confirm that our favourite living author is releasing new work in 2022. According to a dusting of crumbs left back in 2017, Smith is trying her hand at historical fiction with a book titled The Fraud. From what we've gathered The Fraud will be set in 1800s London and is inspired by the real life events that gave London's "Shoot Up Hill" its moniker. 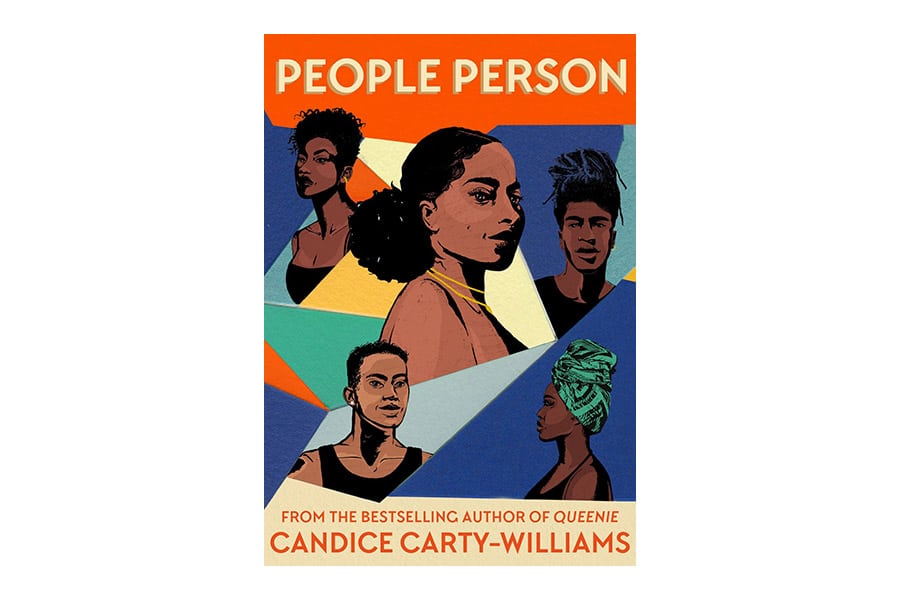 Candice? Is that you? Yes dear pals, the captivating voice behind Queenie, one of our top picks for fiction that deals with modern dating, is sending out another novel into the world in 2022. Titled People Person, Carty-Williams tracks familiar territory and returns to the London suburb of Brixton, where we meet 30-year-old Dimple Pennington and her motley family as Dimple navigates the peaks and troughs of being a small time influencer.

Son of Sin by Omar Sakr 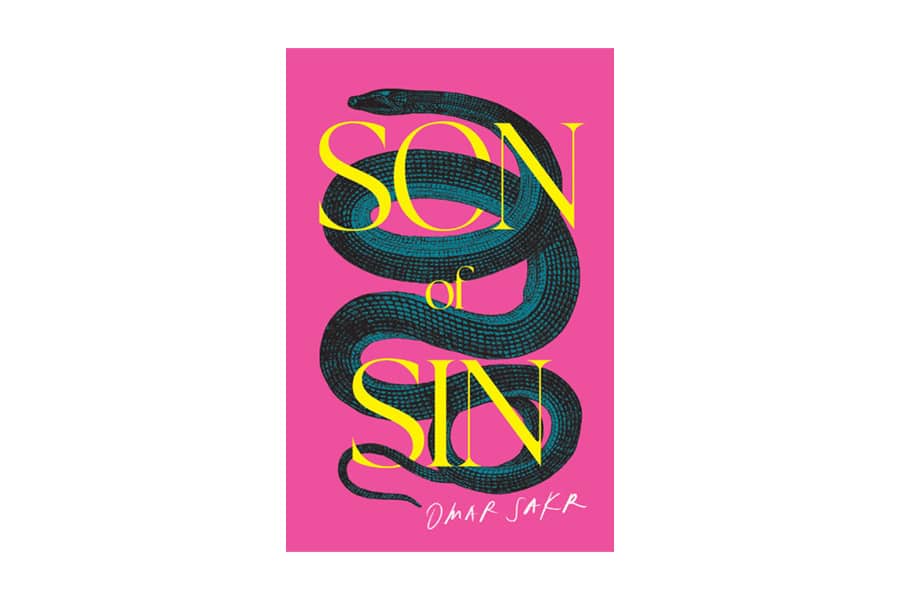 If Omar Sakr's debut novel possesses the same grit and puncturing social observations that we fell for in his poetry, then Son of Sin is an Australian title to keep your eyes peeled for come 2022. Here Sakr investigates the delicate threads that tie a family together and the forces with enough power to undo them. Generational trauma and turmoil unfolds before the reader, a burden carried by the queer, Muslim protagonist Jamal Smith and shared amongst their relatives. It's a tale that stretches over Western Sydney, Turkey and Lebanon, and seeks to illuminate the violence that comes with simply trying to live.

Left on Tenth by Delia Ephron 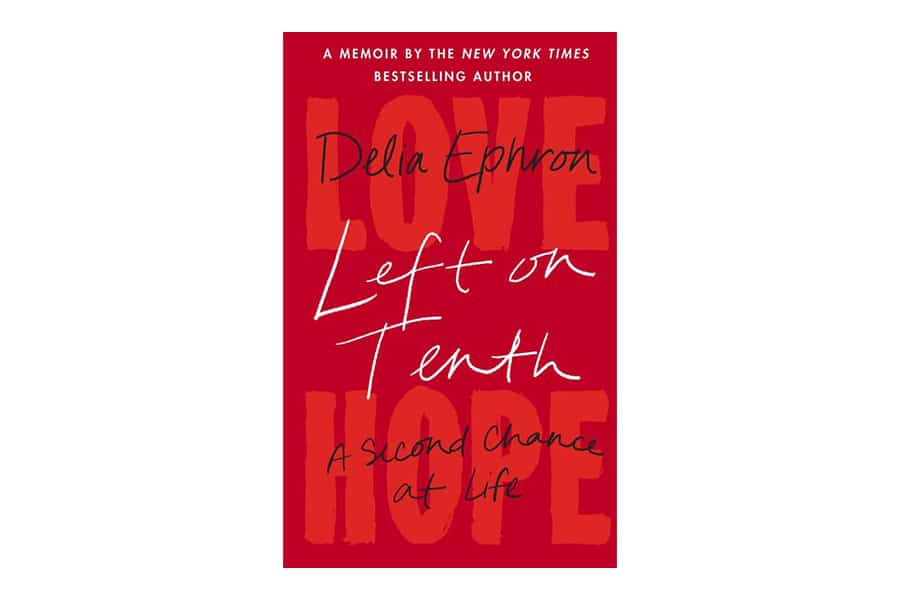 Nora Ephron is a name that would ring with familiarity in the ears of many. The woman gave us When Harry Met Sally, Heartburn and a slew of authors indebted to her sharp voice and writing. But have you heard of her sister, Delia? One of the most exciting memoirs to come our way in 2022 is from Nora's greatest co-conspirator. In Left on Tenth, Delia unpacks her Leukemia diagnosis, dating in your 70s, heartbreak, doing it all with her signature wit and humour. 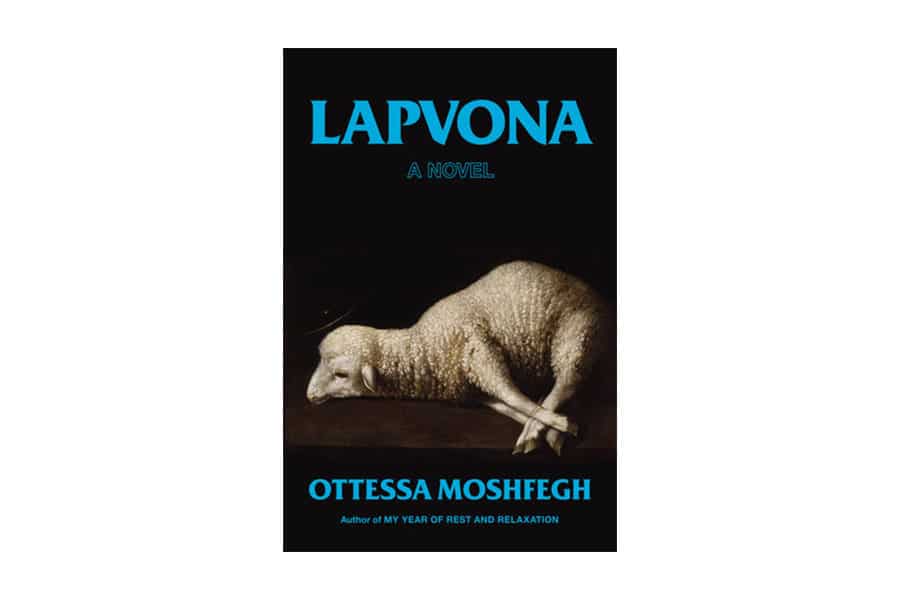 Another heavyweight author to grace this list. Fans of My Year of Rest and Relaxation and Eileen will recognise Ottessa Moshfegh's dry, sardonic and wickedly observant style in Lapvona. From the perspective of Marek, an "abused and delusional son of the village shepherd, who never knew his mother", we observe tension build as the town priest and the corrupt governor abuse the villagers desire to believe in a higher power. From what we gather the novel verges on magical realism with its integration of the occult, something favoured by Marek's mother figure Ina who nursed him as a baby. It's this force, weaved throughout the novel, that shapes the lives of those in Mareks orbit.

Ghost Lover binds together nine powerful short stories that navigate obsession, grief and the maddening, blinding pull of love. If you gobbled up Three Women, then you're going to inhale Lisa Taddeo's forthcoming collection which is slated for release on June 14, 2022. Bring of the book releases of 2022. 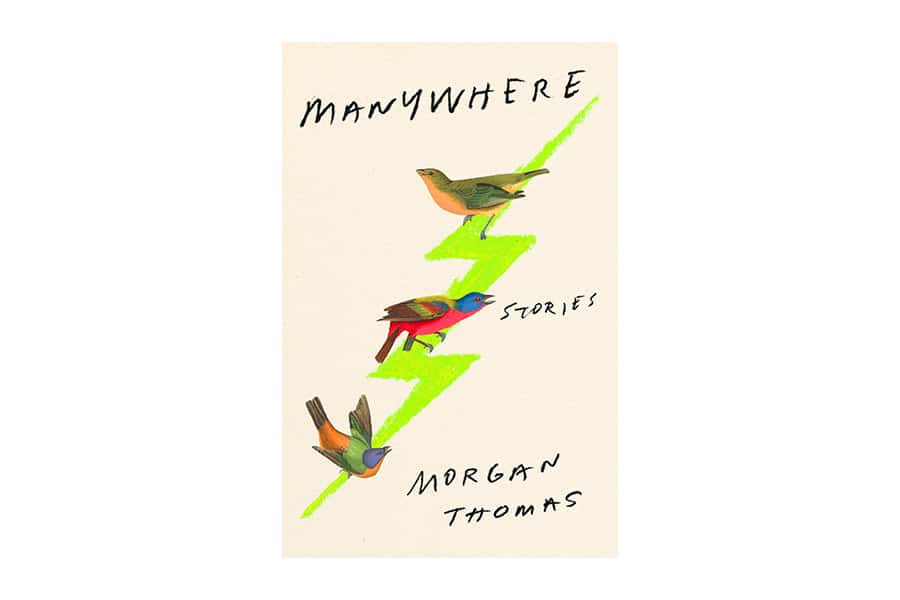 A shimmering debut collection of nine queer stories grounded in the Southern states of North America. Morgan Thomas writes their queer characters into the local histories they have so often been willfully ignored in. From a trans woman who sources her independence with a baby bump or the young Virginian fleeing their relationship and immersing themselves into the written life of an intersex person from Colonial-era Jamestown, these characters vibrate with life and complexity. 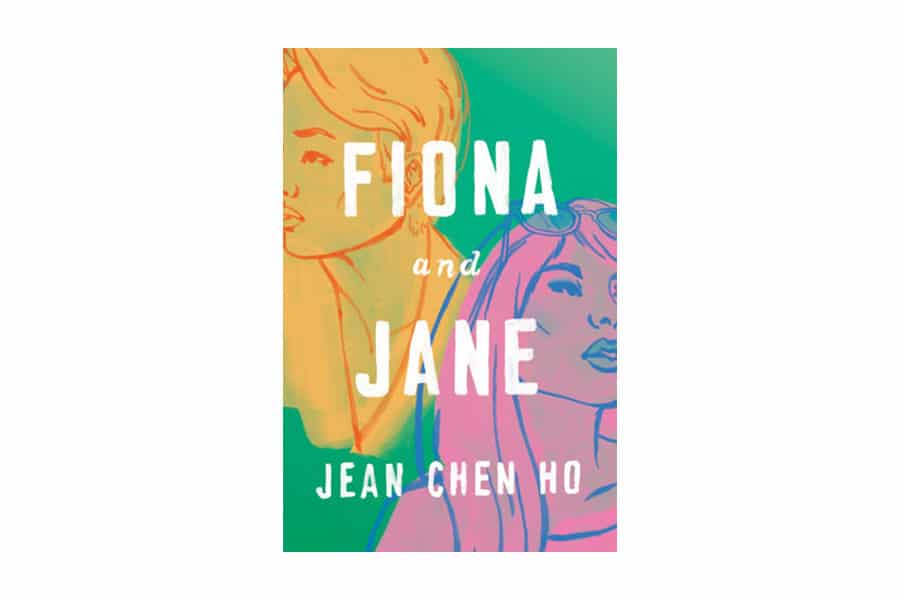 One of the most hyped book releases of 2022. Fiona and Jane shadows the friendship of two Taiwanese-American girls as they endure grief, ambition, distance and betrayal over the course of two decades. Told through short stories, each a vignette into the unique period of the women's lives starting with their coming of age in LA. Bonded by their shared experience as immigrants, the novel explores how childhood friendship can be both suffocating and ultimately a comfort.

Time Is a Mother by Ocean Vuong 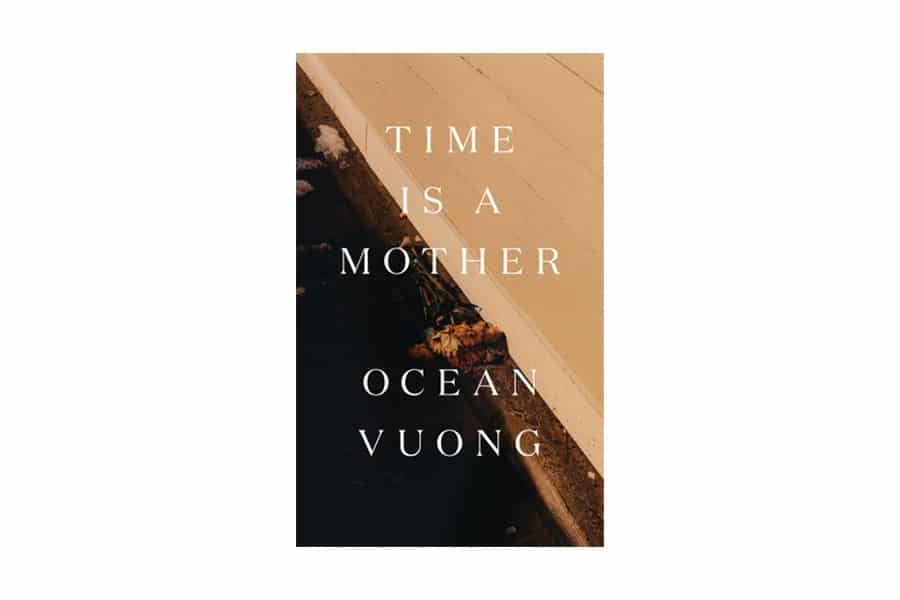 Ocean Vuong's debut novel On Earth We're Briefly Gorgeous has been scored into our memory. Lyrical and poignant, as a reader this was our first introduction to Vuong's mother and the trauma she endured in Vietnam before Vuong was born, a trauma that he would come to inherit. In Time is a Mother, Ocean Vuong's second collection of poetry, the poet beckons us once more to the subject of his mother as he searches for life in the wake of her passing.

Yinka, Where Is Your Huzband? by Lizzie Damilola Blackburn 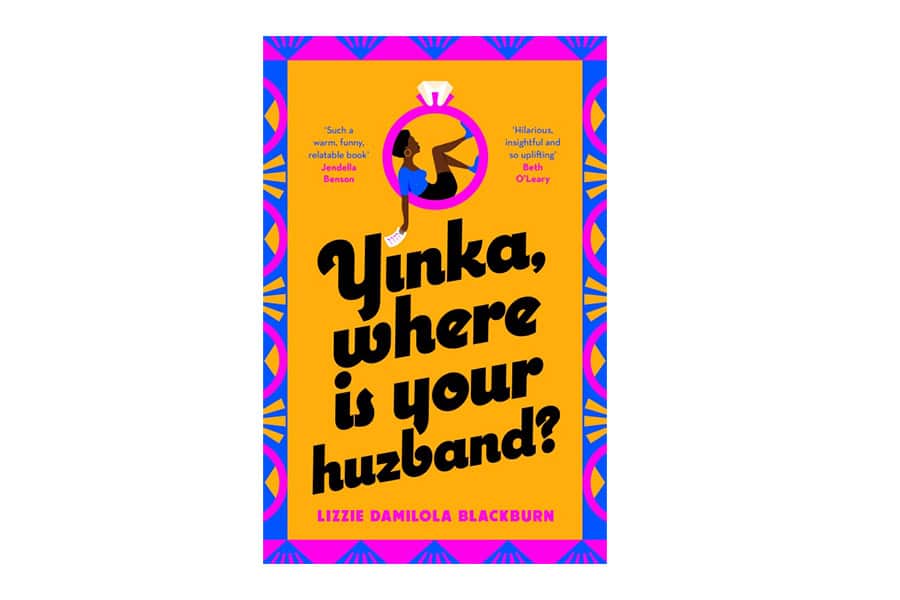 A bold, feel good story that will flood you with warmth. "Yinka, where is your huzband?" is a constant refrain delivered by Yinka's mother and her Nigerian aunts. Despite being an Oxford graduate, holding down a good job and possessing the good fortune of having great friends, Yinka's love life is a subject tossed over by both her family and friends: the former believing she needs to settle down and the latter of the belief that she is too traditional. What does Yinka think? Love will come when it's ready. But with her cousin Rachel's wedding around the corner, Yinka is determined to find a date. For those who loved Queenie and Bridget Jones' Diary, add this to your reading list. 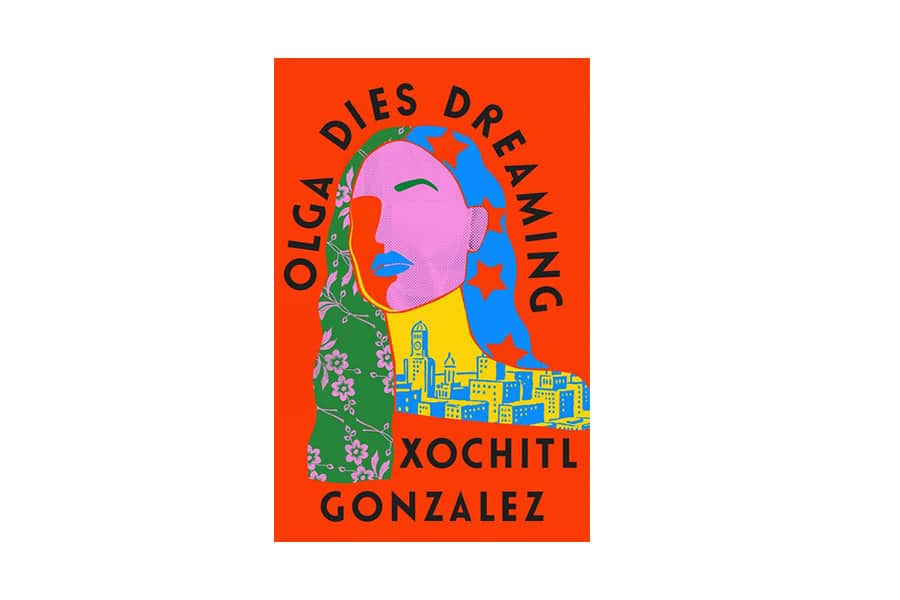 Olga Dies Dreaming was optioned for a television series by Hulu before it even hit the shelves. The hotly anticipated debut novel from Xochitl Gonzalez, a NYC native and graduate from the prestigious University of Iowa Writers’ Workshop, is set amongst the backdrop of New York City in 2017. It follows Puerto Rican-American siblings Olga and Pedro Acevedo as Hurricane Maria brings their mother, Blanca, back into their lives. The siblings, now adults, were raised by their grandmother as Blanca abandoned them to join nationalist group 'Young Lords'. Now Blanca is back and Olga and her brother must reckon with her presence while tending to their high flying careers. Olga is a high-profile wedding planner working with Manhattan's elite, while Pedro is a local congressman to Brooklyn's Sunset Park, the siblings gentrifying LatinX neighbourhood. 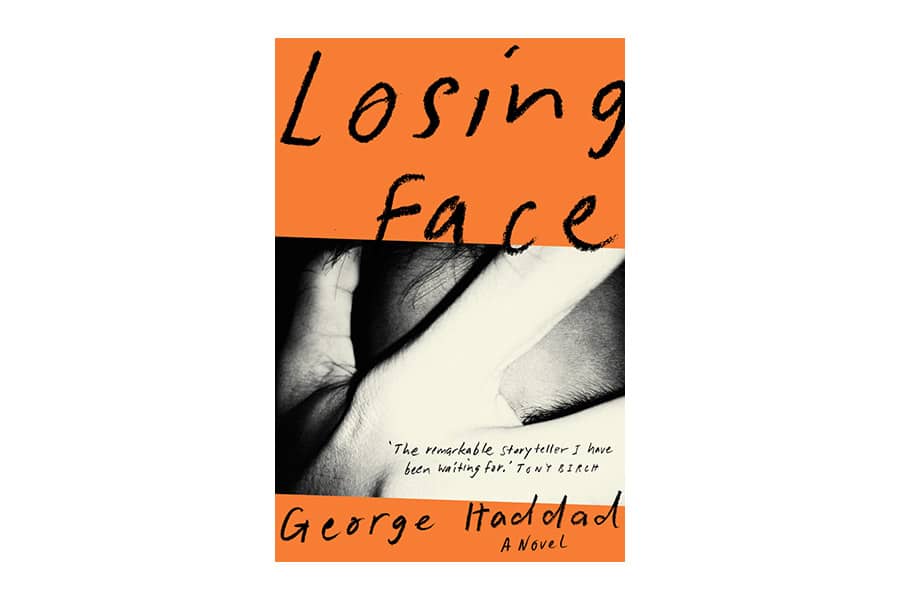 Young, adrift and indifferent, Joey is floating around Western Sydney with little to anchor him besides his family. When he becomes enmeshed in violent crime, Joey's Lebanese grandmother Elaine steps in. But the events that follow, rather than steadying Joey and resultantly their family, conspire to lift the lid on the family's history, with secrets and vices spilling out in its wake. George Haddad injects Australian literature with a relatable new voice and a series of characters rich and reflective of contemporary Australia. As she's constantly reminded, Selin is the luckiest person in her family. First, she's in her sophomore year at Harvard and second she's the only one who was born in America. In Either/Or, Elif Batumen returns to his charismatic protagonist Selin who we first were introduced to in The Idiot. Guided by her literary syllabus, Selin navigates early adulthood and attempts to make sense of sex, parties and that whirlwind summer she just spent in Budapest...

The Racist Country by Osman Faruqi

As is the case for The Fraud by Zadie Smith, we are yet to glimpse a cover or a synopsis for Osman Faruqi's forthcoming book. But for anyone who has followed Faruqi's career, be it as the editor of Schwartz Media's 7am podcast, or during his stint at the ABC, you will know that Faruqi's incisive observations on race, class and faith in Australia are second to none. 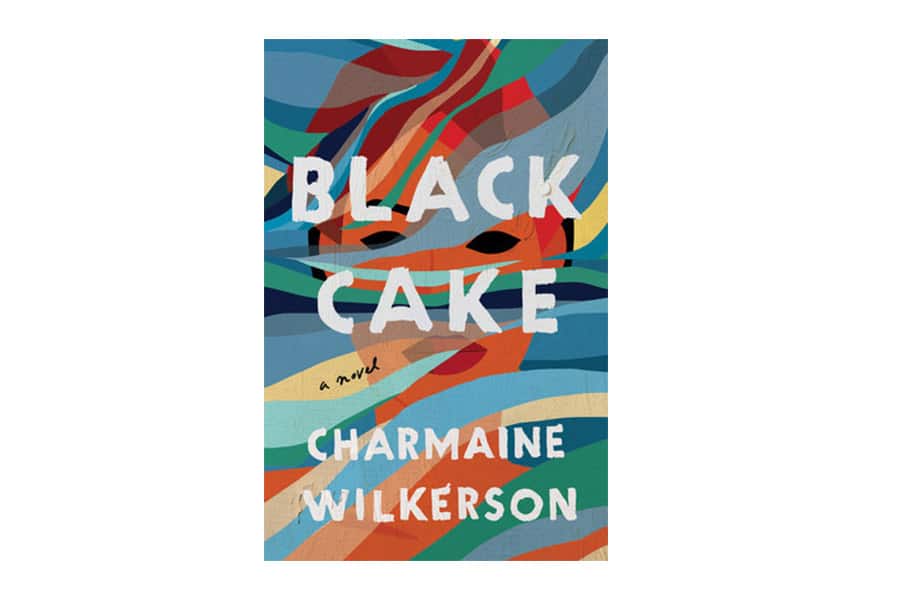 Another one of those earth shattering novels that are optioned for television before they even hit the shelves. For the on screen adaptation, Oprah is producing and you can see why once you read the blurb. Two estranged siblings must come together following the death of their mother, who in her passing leaves a family recipe for a traditional Caribbean black cake along with a voice message that upends everything the siblings thought they knew about their ancestry.

Here at RUSSH we're keeping tabs on the literary realm. Now that you're caught up on the book releases in 2022 to watch, here are a couple of other resources to guide your reading. From the books being made into television and film in 2022 to the titles you should read before you're 30.

Here’s what to expect from this year’s event!