A special bond is formed when a luxury House and its muse unite. It's an intimate and shared experience of knowing, the type that not only turns heads, but fills a room with equal parts comfort and excitement. It's a friendship – both creative and personal – that BLACKPINK star Jisoo has, and continues to share with luxury fashion House Dior. A playful, dynamic and always evolving union that is on full display in this special shoot for Dior's SS22 collection.

A partnership that originated with Jisoo heralded as a local ambassador for Dior Beauty, the duo's friendship quickly evolved – and with very good reason – when the BLACKPINK star was announced as an official global ambassador in March 2021. It's no surprise the luxury House and K-pop star are an incomparable match, with Jisoo embodying the essence of each collection like a second skin.

For this SS22 campaign, there's no absence of colour with Jisoo donning a variety of different looks from Maria Grazia Chiuri's mod-inspired collection. With defined ties to the swinging 60s and as clear a sign as ever to adopt Dior Mod head-to-toe, Dior's SS22 collection is both bold and flirtatious; an energy fashion queen Jisoo brings to the exclusive campaign video below.

As the House looked back to the Dior archives for SS22 – bringing back silhouettes that are clean, structured and strong, reminiscent of Marc Bohan's Slim Look collection of his tenure as creative director for Dior in 1961 – Jisoo anchors these electrifying looks in a vibrant sense of modernity. An essence that makes us all dream of being a Dior girl.

From boxy jackets and miniskirts to a yellow micro-bag version of the iconic ‘Lady Dior', Jisoo takes us around the globe and back again; landing no where else but legendary Roman nightclub, the Piper Club. 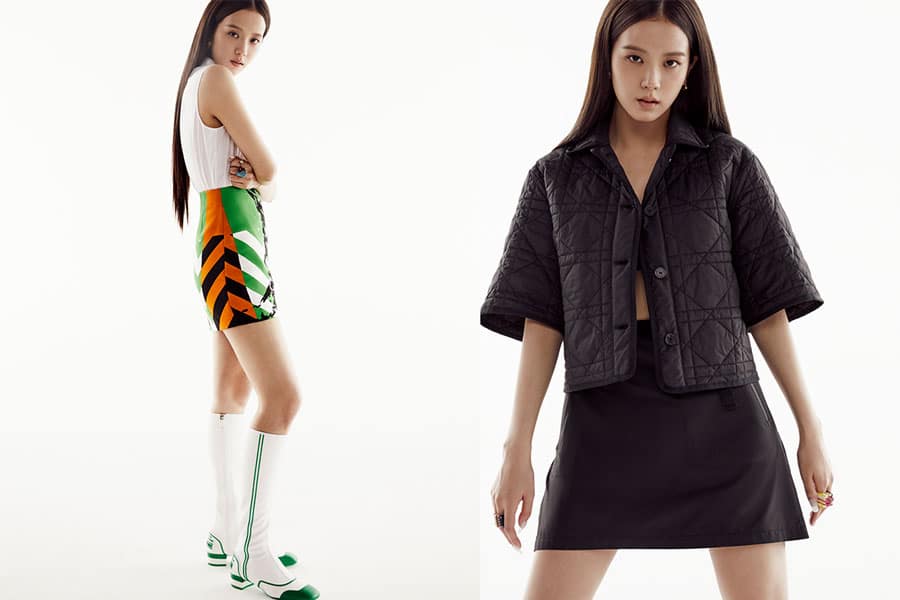