Raven hair and ruby lips, sparks fly from her fingertips. We love a witchy woman. Although we're meant to think, witch, this adjective is to disparage a woman, we know better. Witches are powerful. I mean, surely everyone has seen Cher in The Witches of Eastwick? You can't argue with that. And we'll take her, warts and all.

If October has put you in the mood for some Salem magic, we're bringing you our favourite witch movies. From the 13-year-old Kiki and her talking cat to the downright terrifying figures from Helena Markos Dance Co., these 12 films are bound to summon slivers of the occult. Find them, below. 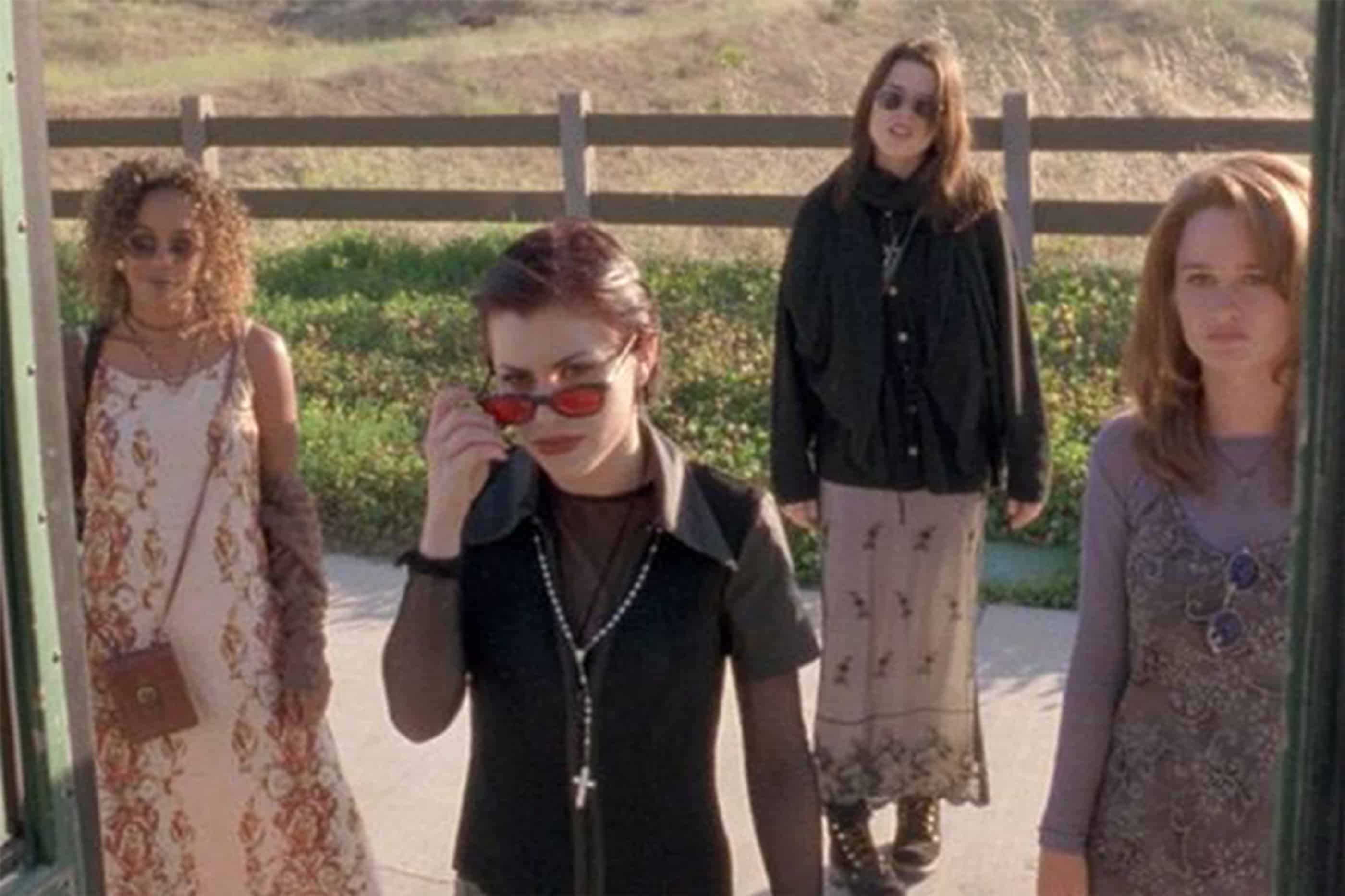 This spooky 90s cult classic might be getting a remake, but we will always return to the original material. How could we not when it features Robin Tunney and heartthrob Skeet Ulrich? And that's all before we even begin to talk about the clothes. If you want movies about witches, here's where we'd start. You're welcome. 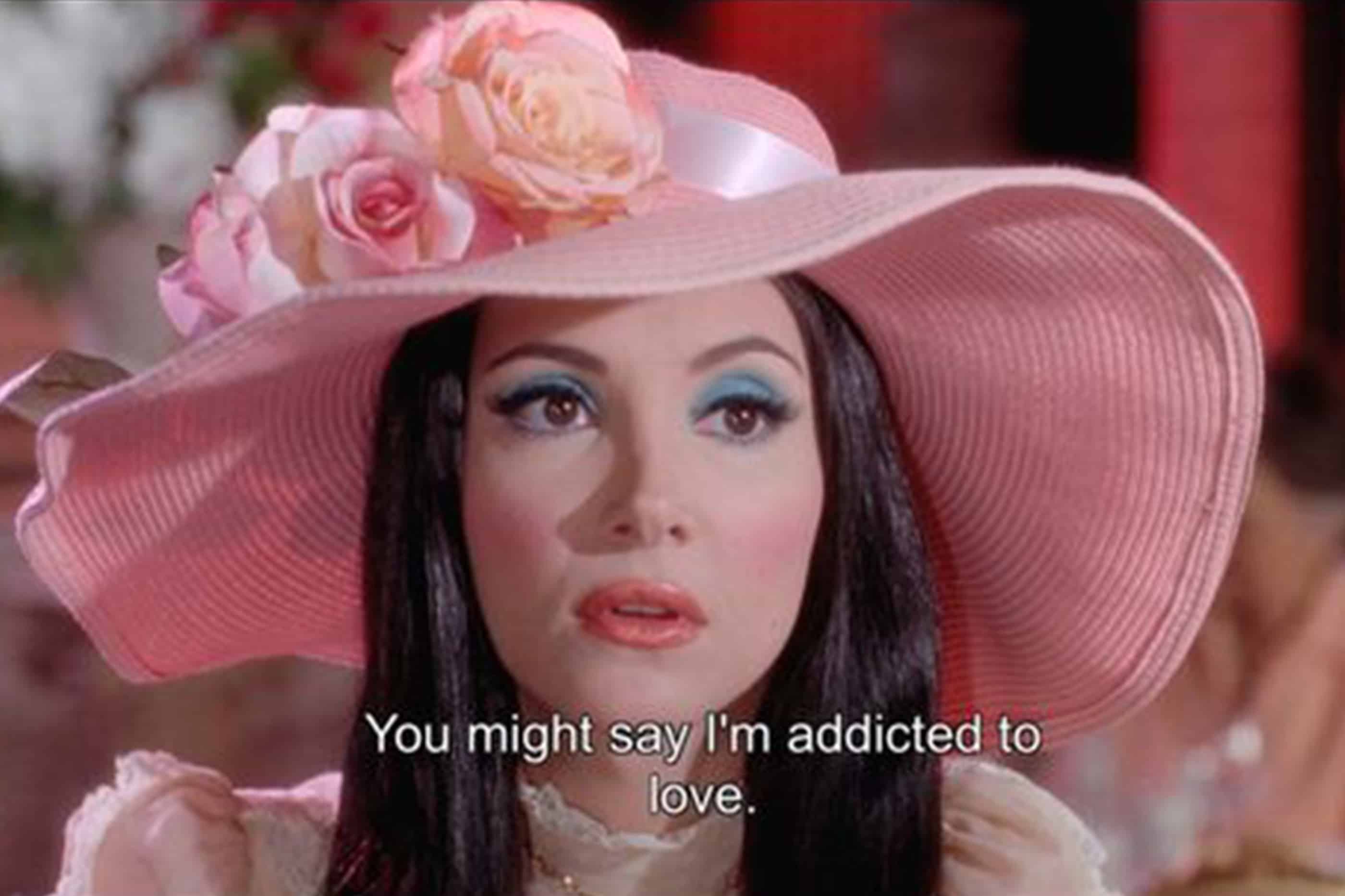 Are you the kind of girl who insists they were born in the wrong era? Do you listen to Lana Del Rey and dole out foreboding tarot readings to your immediate circles? The Love Witch is for you. It follows Elaine, a witch with cupid's ability to spear lovers until the pile becomes to tall and unwieldy. There's murder too, which we J'adore in a witch movie. 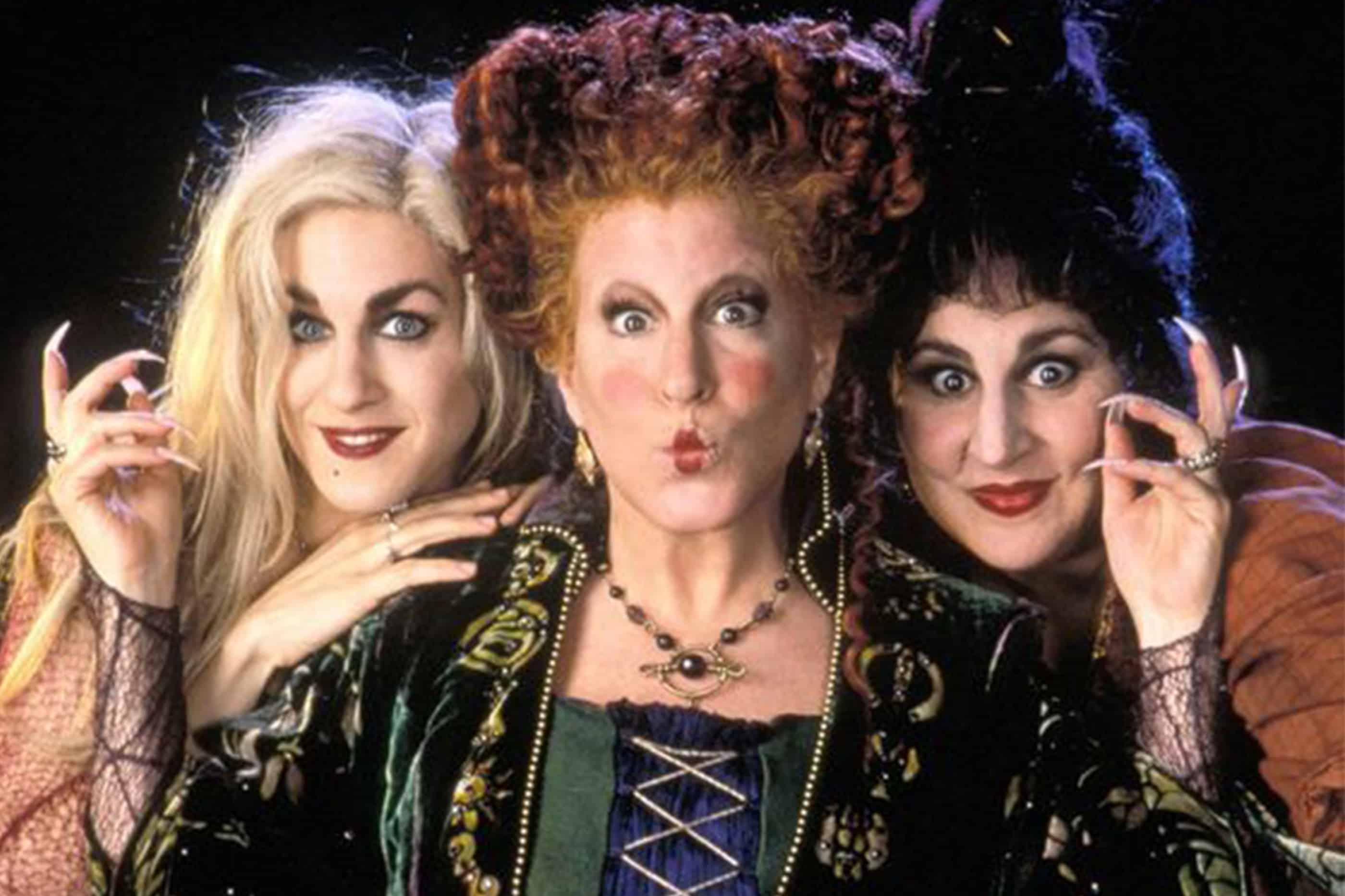 Another spooky film with a reboot to match it. Who could ignore this Disney classic? With Bette Midler and Sarah Jessica Parker, what's not to love? The plot follows the Sanderson sisters who are accidentally resurrected by a group of children. The trio must defeat the ghastly witches before they kill all the children in Salem. 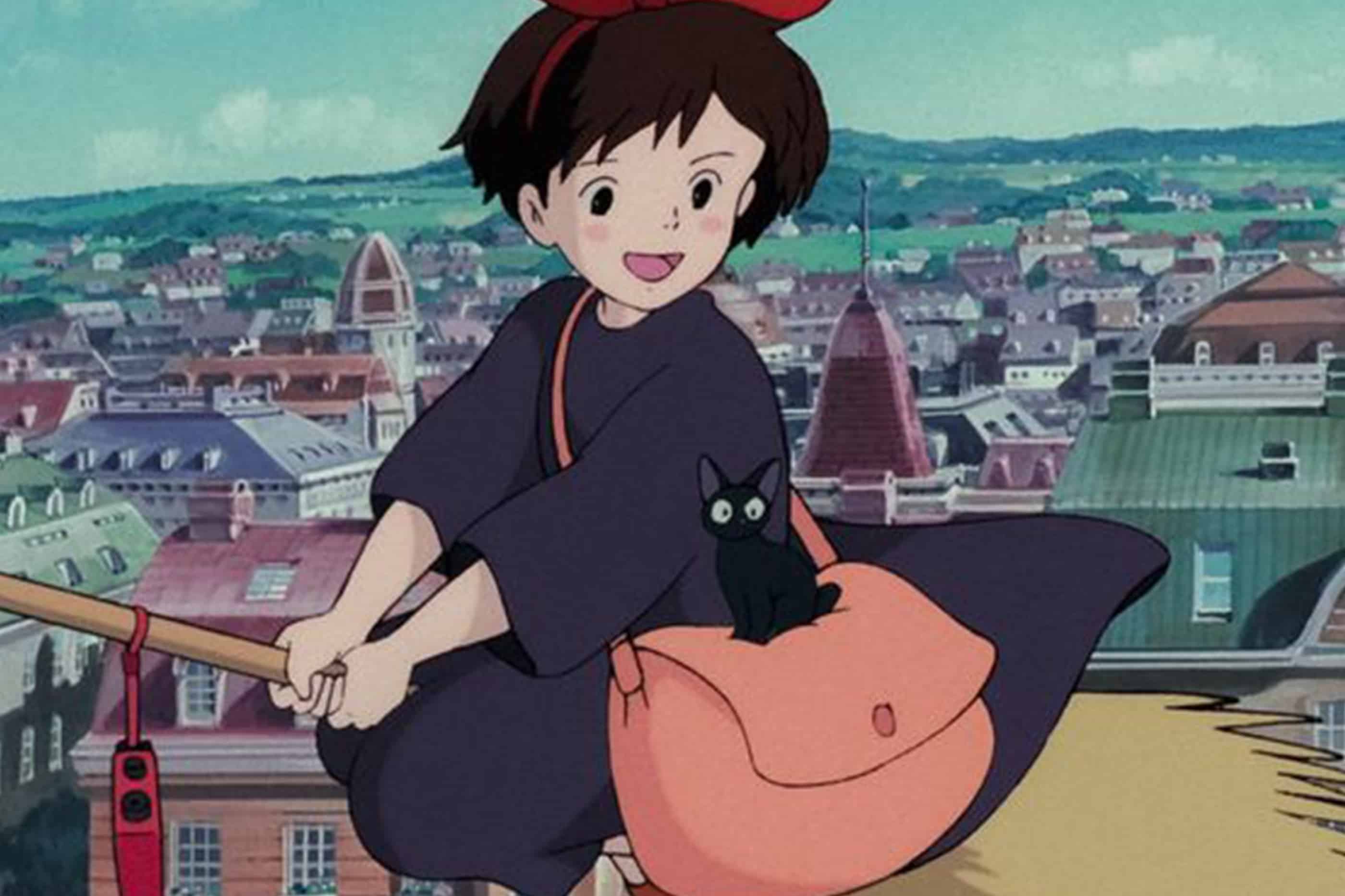 Before Uber Eats, there was just Kiki, her black cat Jiji and a broomstick. We've spoken about how Studio Ghibli does animated food so well, it can make our stomach eat itself at the sight of Howl cooking bacon and eggs. But have we ever spoken about how Kiki is the prototype for Sabrina the Teenage Witch? Well, here we are to take the conversation there. Kiki, we adore you and your perfectly iced chocolate cakes. Did we mention Kirsten Dunst and Pamela Adlon do the voiceovers? 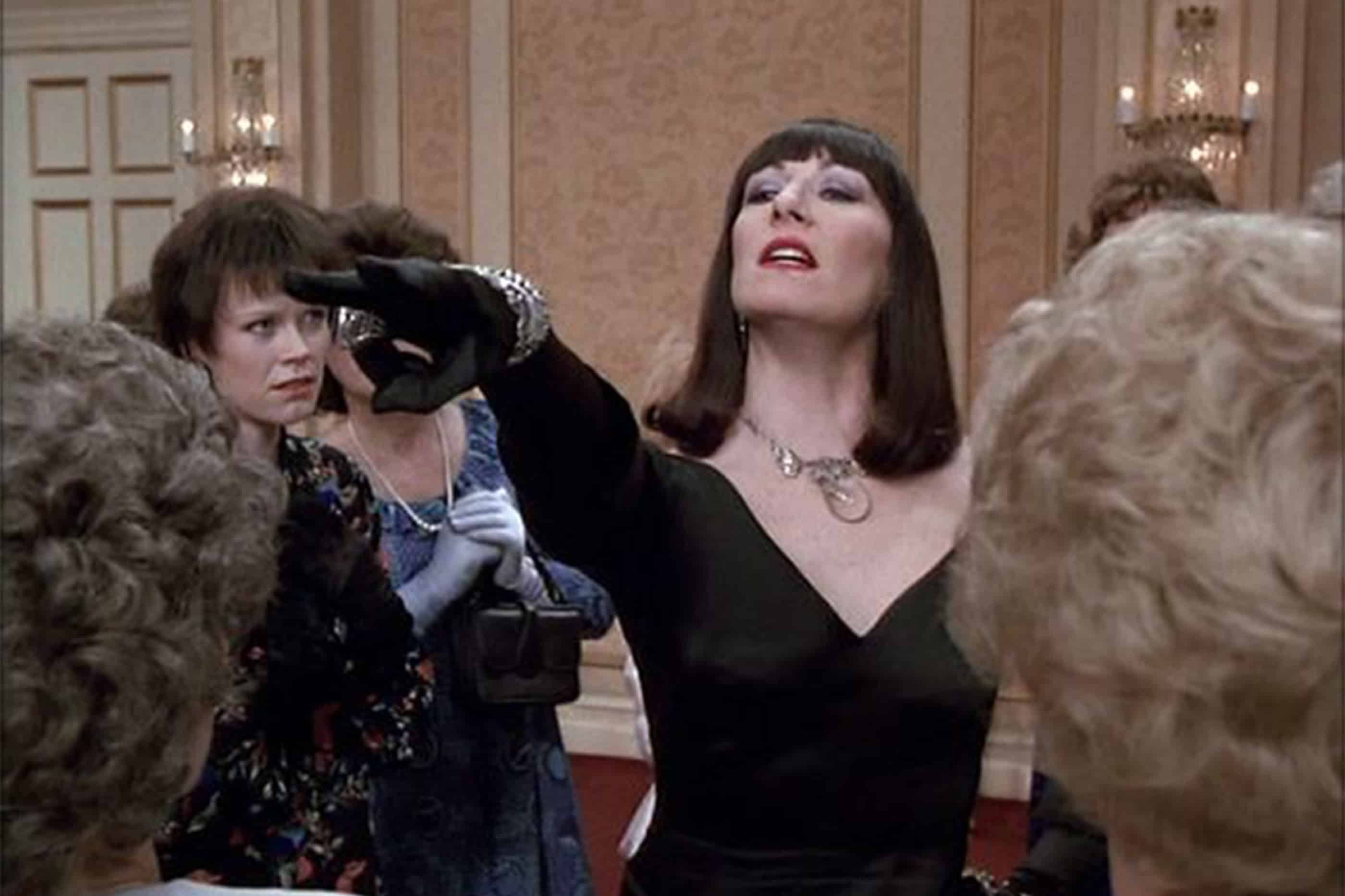 So you hate children and want to see them suffer? Here's what I recommend, simply place them in front of a television while Anjelica Huston peels off her face and transforms into one of Roald Dahl's incarnations of a witch. Take it from someone who knows, it works like a treat. If that doesn't scare the little devils, then perhaps the threat of being turned into a mice for the rest of eternity is bound to do the trick. 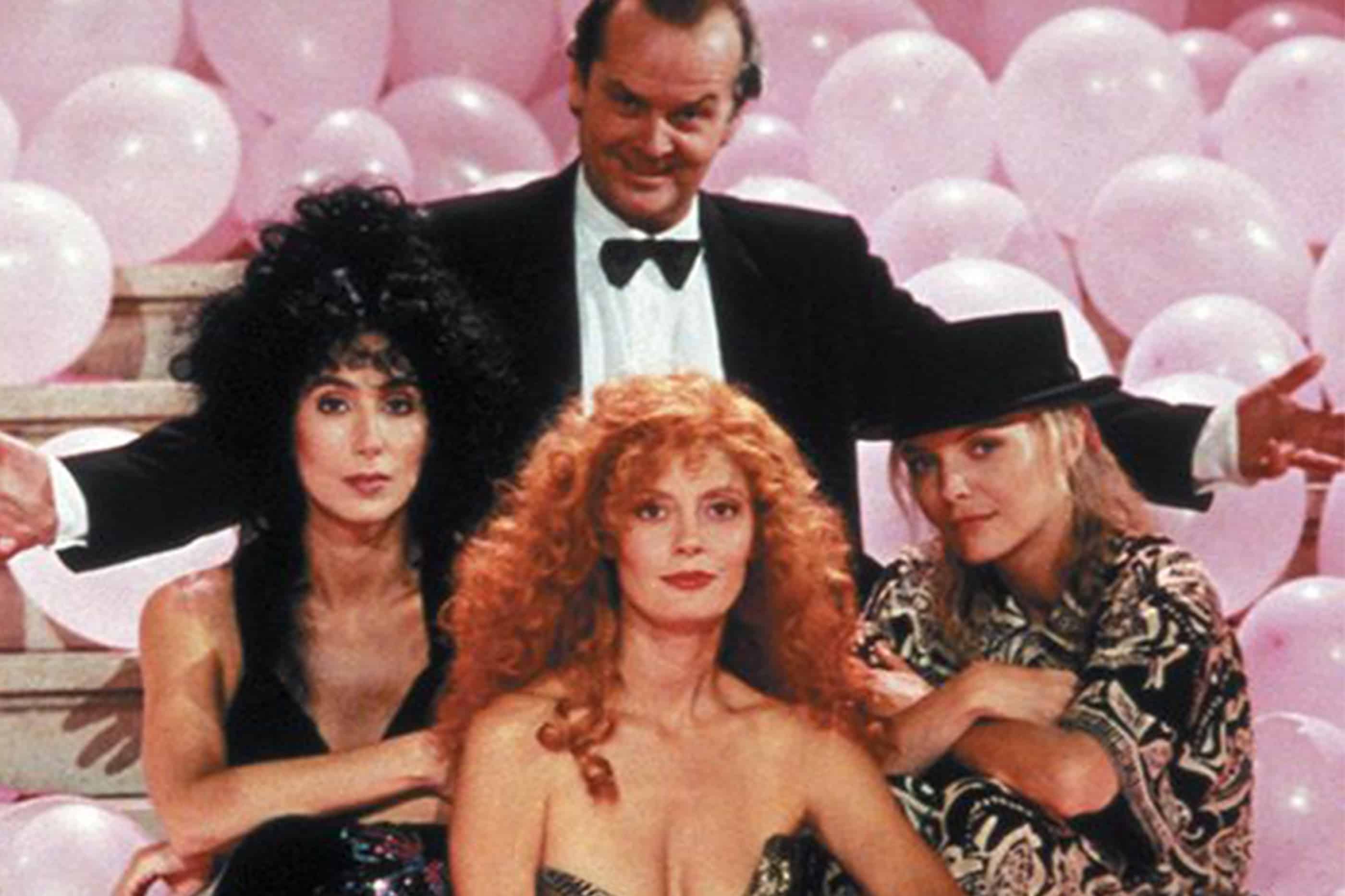 The only witch here, is not a witch at all. Jack Nicholson, we're talking about you. Because who else could divide a trio of fierce women like Cher, Susan Sarandon and Michelle Pfeiffer, besides the devil himself? 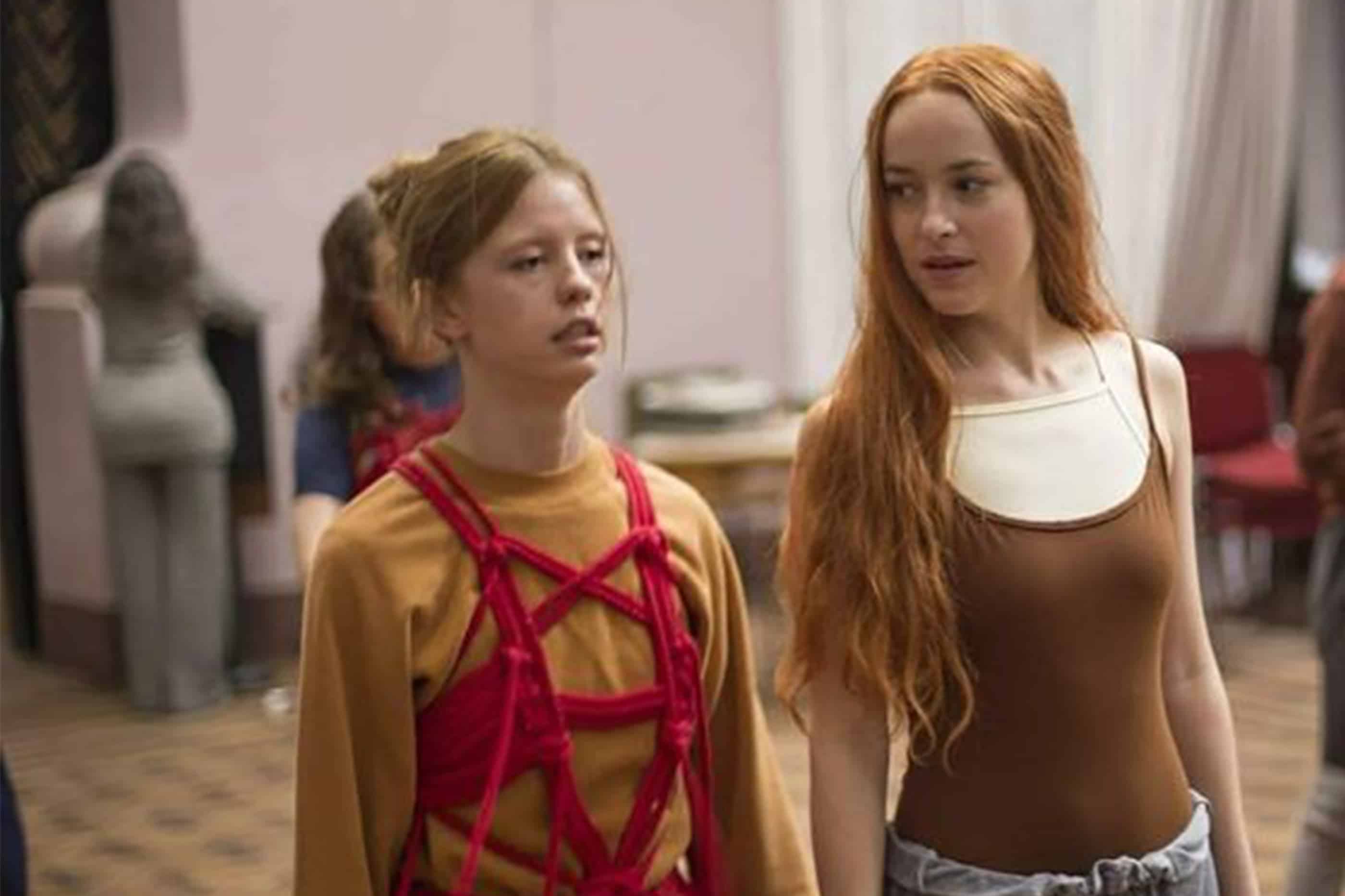 Give us Tilda Swinton, Dakota Johnson, Mia Goth and Chloe Grace Moretz and i'll strike up a deal with Lilith herself. Although reboots hardly ever scratch the same itch, with Luca Guadagnino at its helm, this film about an American dance student arriving at a prestigious German dance academy is both haunting and deeply compelling. Almost better than the original, one might say. 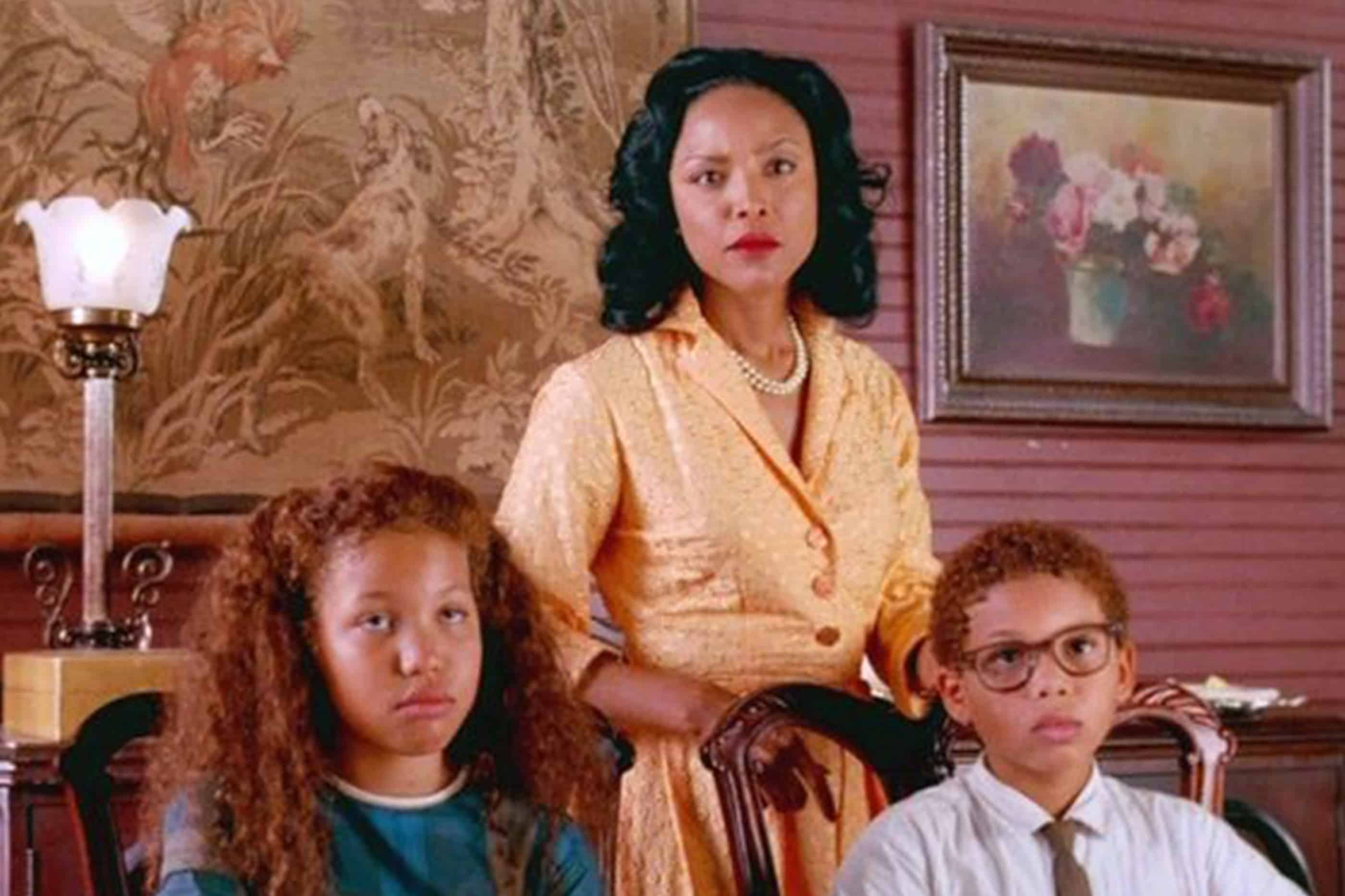 Nothing says spooky witch movie quite like a Southern Gothic. As it approaches its 25th anniversary, we're reminded just how memorable this 90s indie film is with its voodoo, lessons on trauma and memory, and casting of Samuel L. Jackson. 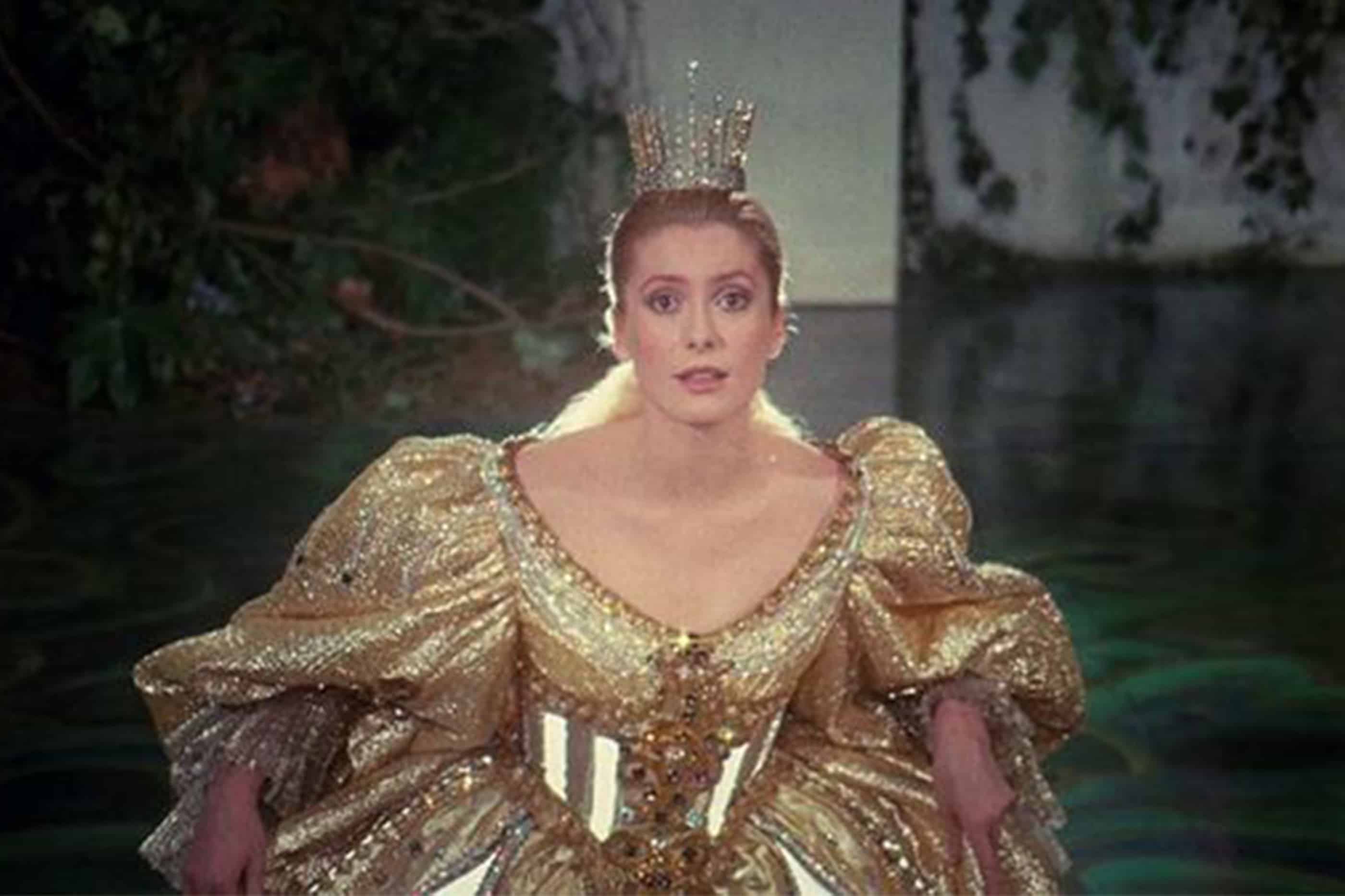 Fairies, witches, the only difference between the two is marketing. The Wizard of Oz told us that much. If you ignore the incestuous plotline and turn your attention to the costumes instead, this can be an enjoyable watch starring Catherine Deneuve. 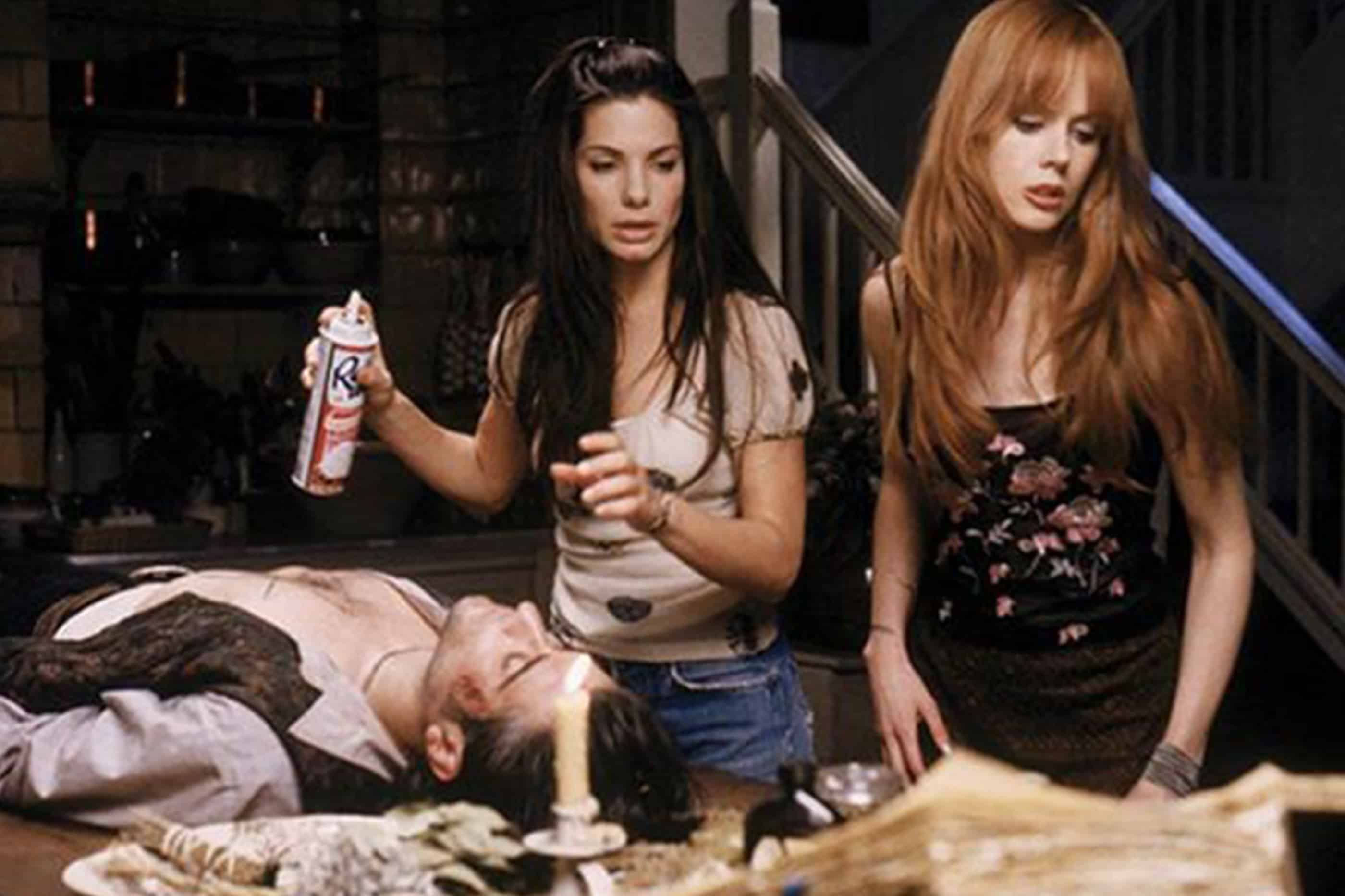 Practically heaven, if you ask me. Two sisters, played by Nicole Kidman and Sandra Bullock, who are witches attempt to use their powers to end a family curse – which promises to prevent them from ever finding true love – and end up killing and resurrecting a few unlucky stragglers while they navigate their circumstances in the meantime. A small price to pay if you ask me. 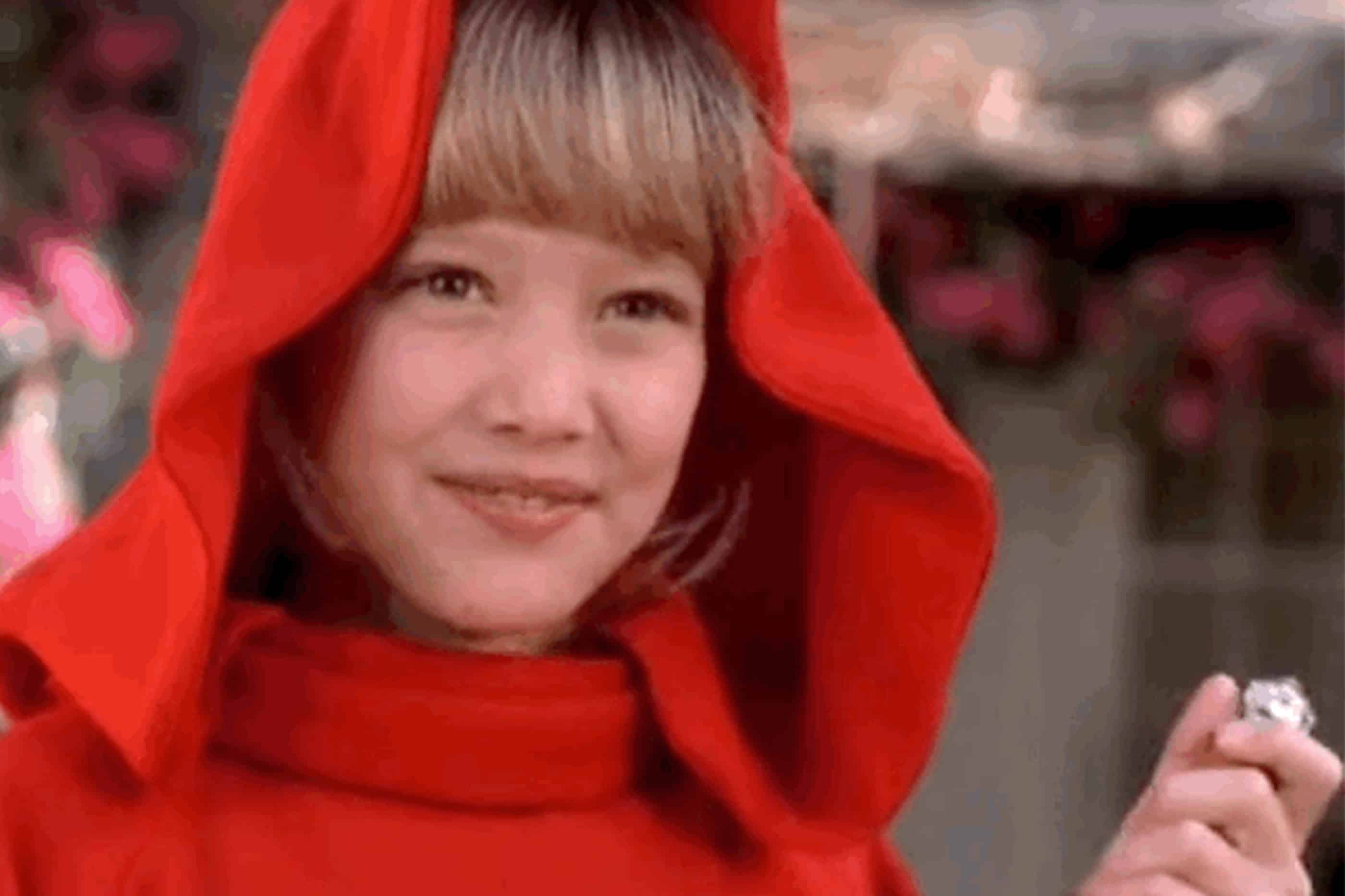 Want to know what Hillary Duff's true magnum opus was? You'd be correct in guessing the answer is not The Lizzie McGuire Movie. Although we do think Paolo is a strong contender for creepy male lead. Casper and Wendy is an underrated Halloween treat if you ask me. 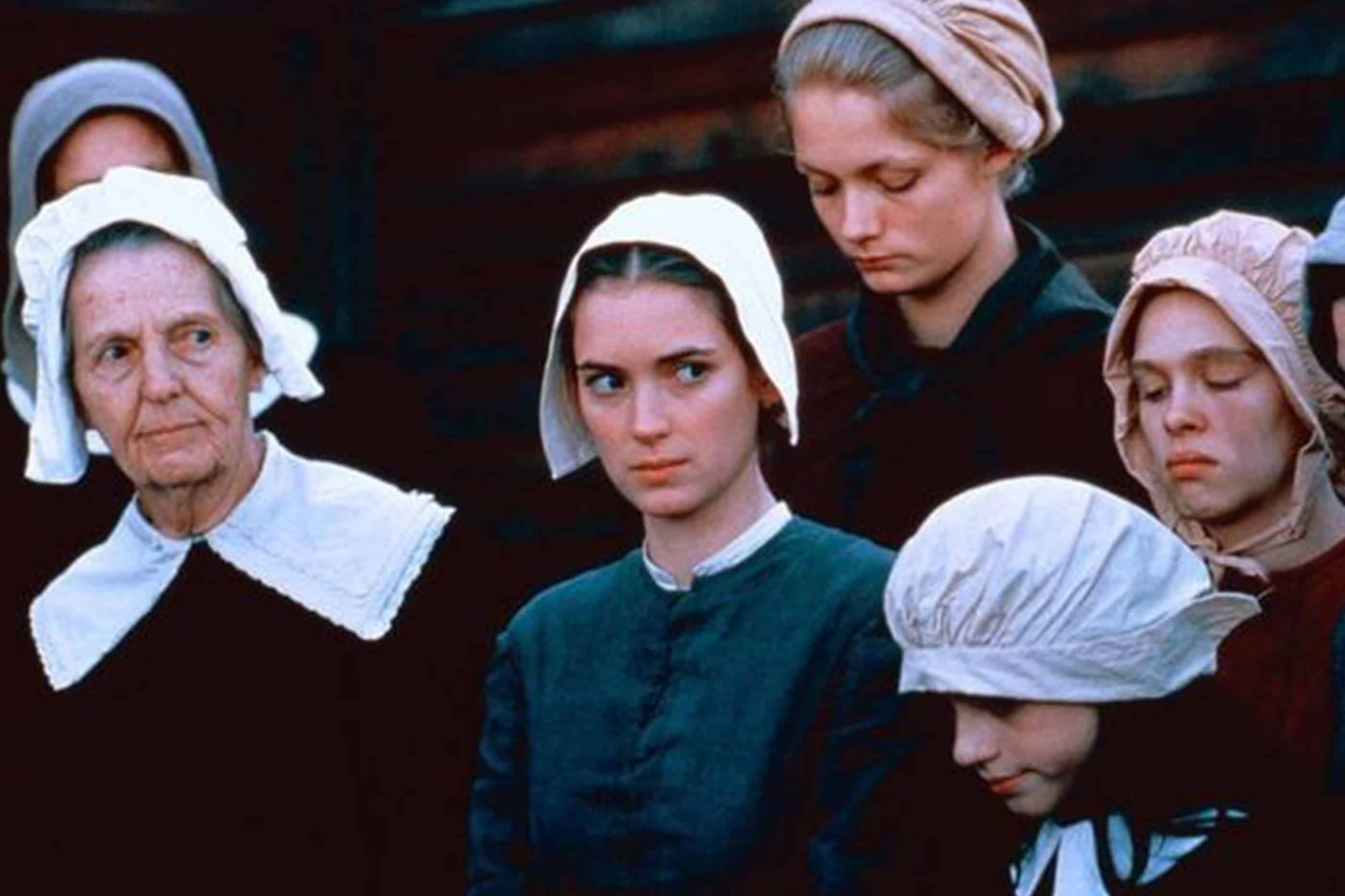 An Arthur Miller classic. Throw Winona Ryder into the mix with an utterly filthy Daniel Day-Lewis and a healthy showing of southern gothic bonnets, and it's like Little Women only with much more violence and spine-chilling scenes.

For more spooky content, these are our favourite scary films we'll be watching this Halloween. And if you're in need of a ghostly costume, peruse this list for inspiration.

PREVIOUS
Your guide to what's on this weekend across Australia
NEXT
Agony Aunts and the Rolling Stones: These are the best new books to read in October 2022