We've said it once and we will say it again: Keanu is one of the only men in Hollywood who has not disappointed us yet. Holding an upstanding 'good guy' medal for decades now, he is the man who threw up his hands exclaiming “Whatever!” in an Esquire interview when a specific Reddit thread dedicated to Reeve's wholesomeness came up. “I’m just a normal guy, man… [but being a good guy] is a nice thing to be known for.” As you were, sweet, Hollywood prince. Below, we're summing up our favourite Keanu Reeves movies to date, in no specific order (because who can choose?). 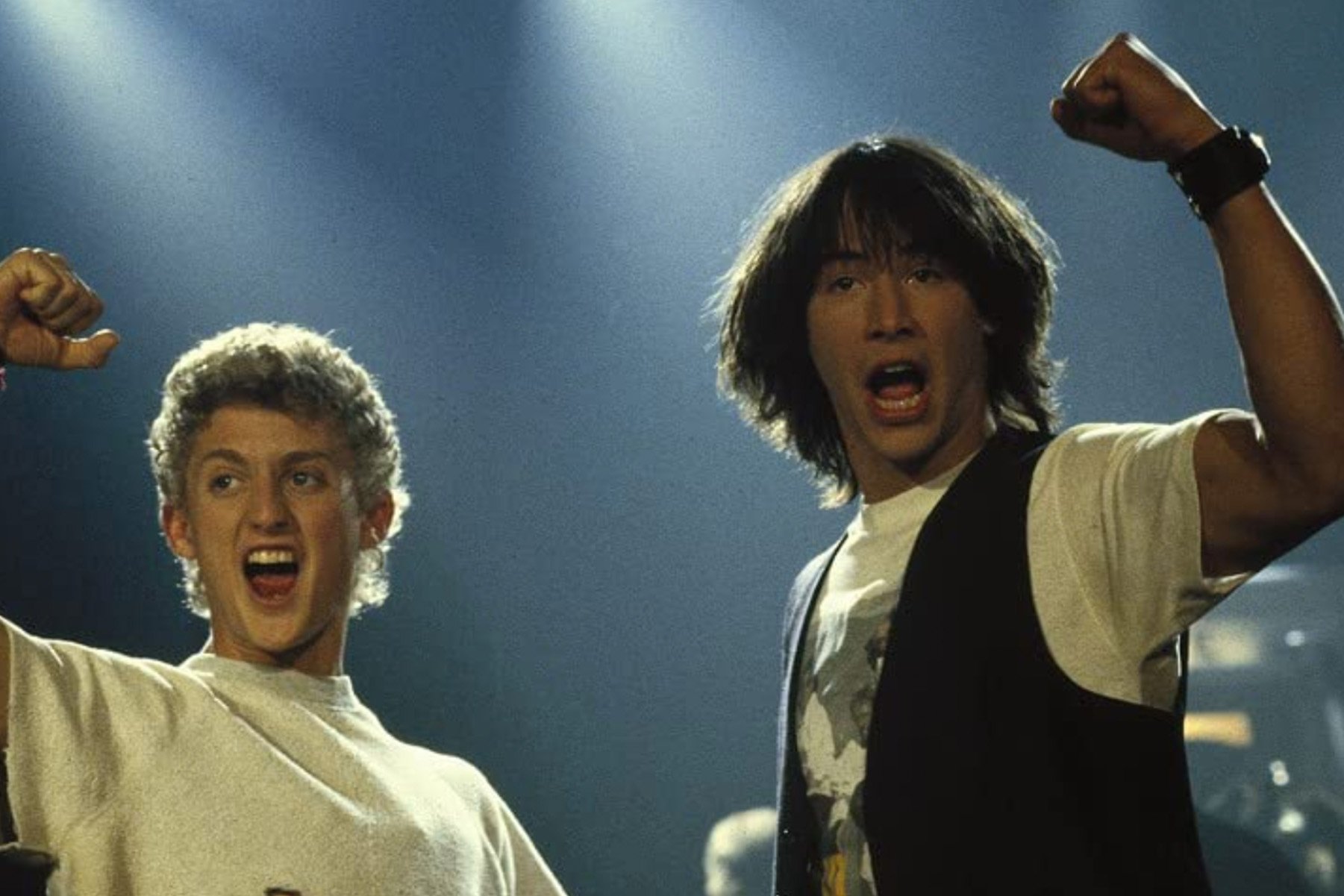 The youngest Keanu there was. Sweet young Keanu (Ted) and Bill, two seemingly less intellectual teens who need to get a good grade in history class in order to avoid being sent to military school. With the help of a time traveller from the future Bill and Ted travel to various points in history, returning with important figures to help them complete their final history presentation. It's very cute. 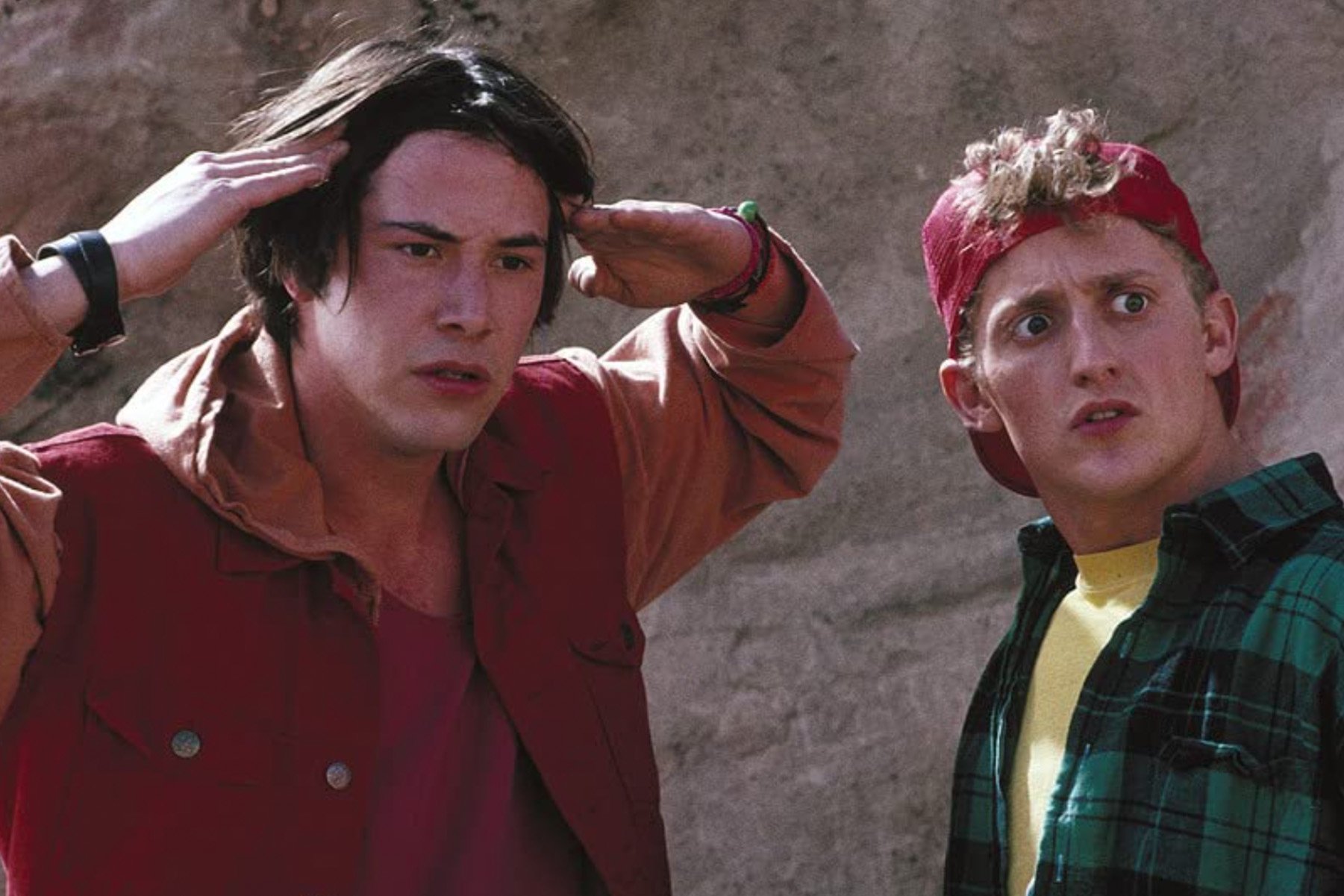 BB Keanu part two. The two cuties are back, and this time two robots Evil Bill and Evil Ted are sent by Chuck De Nomolos to the 20th century where they try to stop the real Bill and Ted respectively from winning a band competition. The horror! 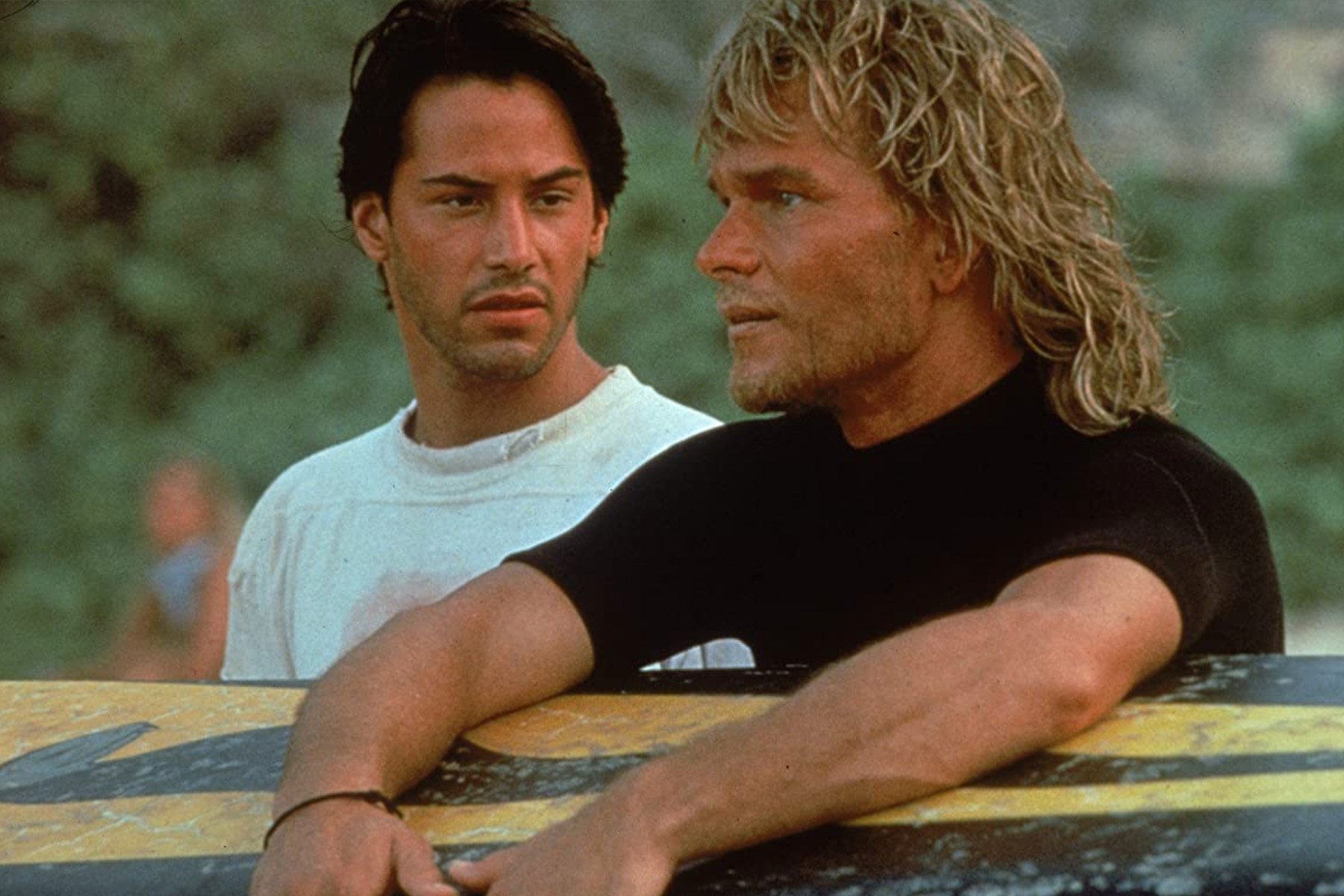 Sxc Keanu. A testosterone-filled tale of friendship and morality (kind of). Reeves plays Johnny Utah, an FBI agent who goes undercover to infiltrate a group of bank-robbing surfers (how gnarly) but things start to get dicey when Utah becomes friends with the group leader, Bodhi. 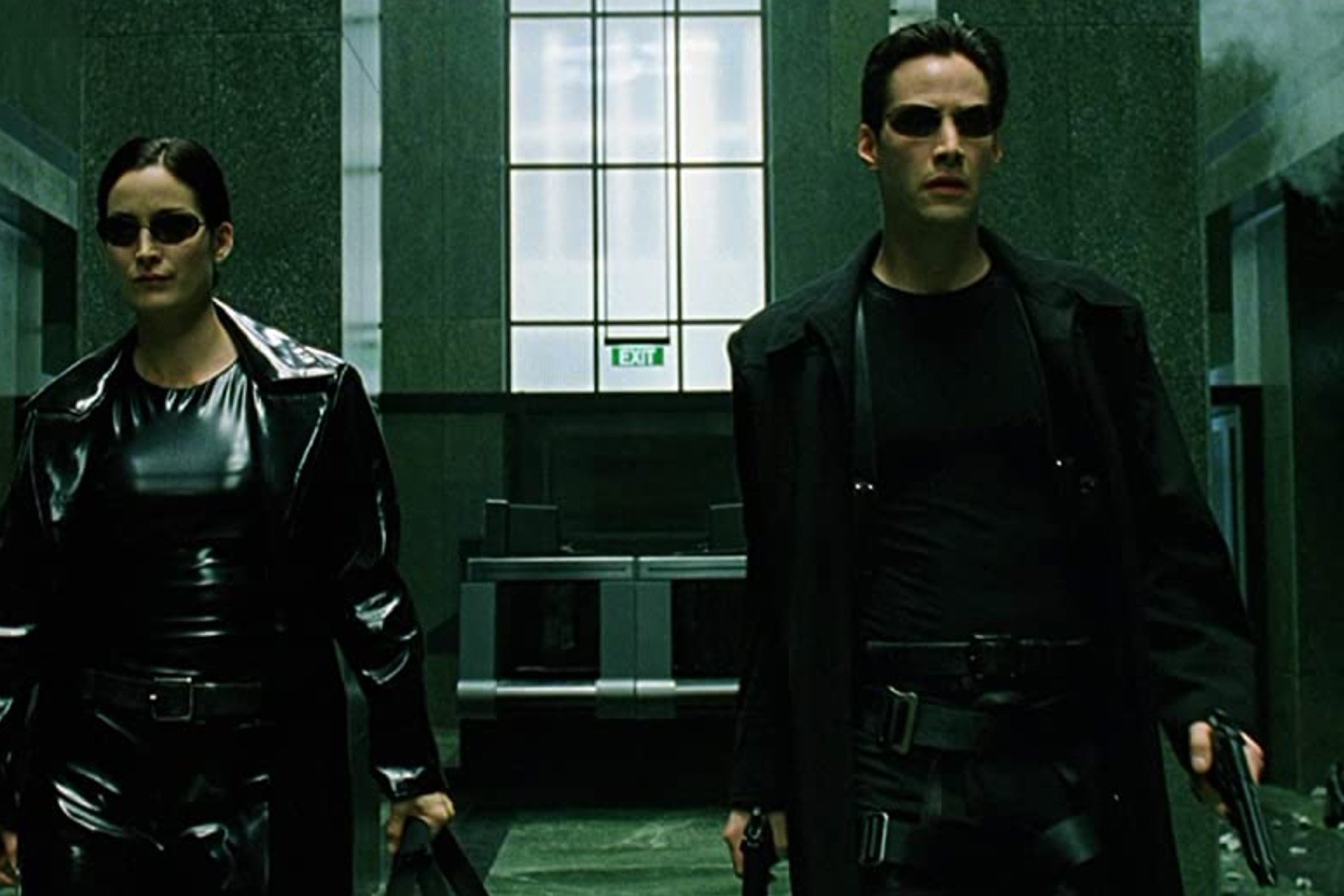 Trippy Keanu. Perhaps his most famous of films, we know the classic. For those who slipped through the 1999 films cracks, The Matrix follows an intelligent hacker becomes an action messiah when he has to fight against an AI that has reconstructed his entire reality. Confusing and action-packed with ample techno-goth looks. 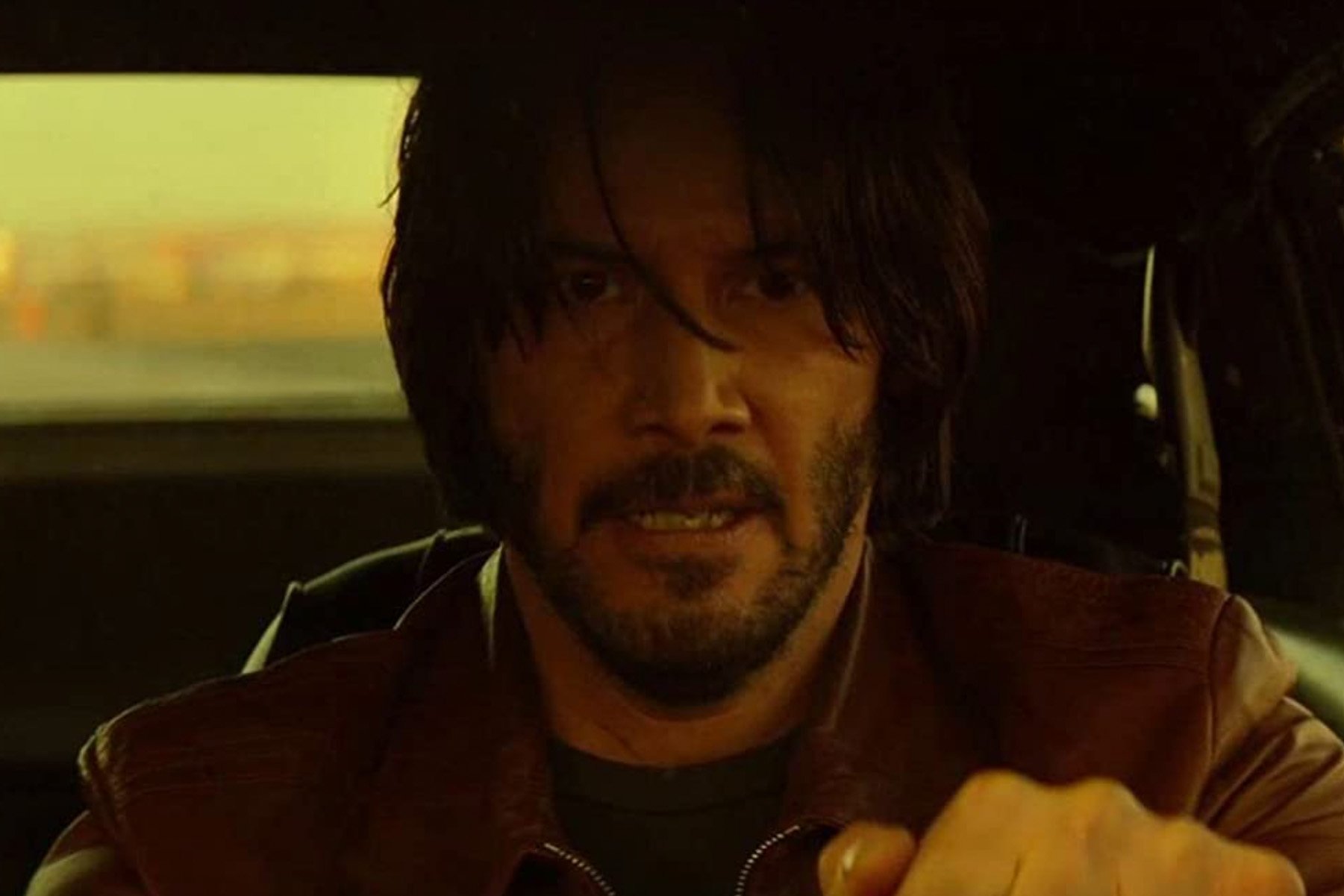 Brooding Keanu. A tale that mildly resembles Reeves' real life which makes it all infinitely more painful. A retired, grieving assassin is hauled back into seat-edging action when a mobster commits the unthinkable. Dramatic, fast-paced, and violent as ever - everything you want from an action film.

Much Ado About Nothing 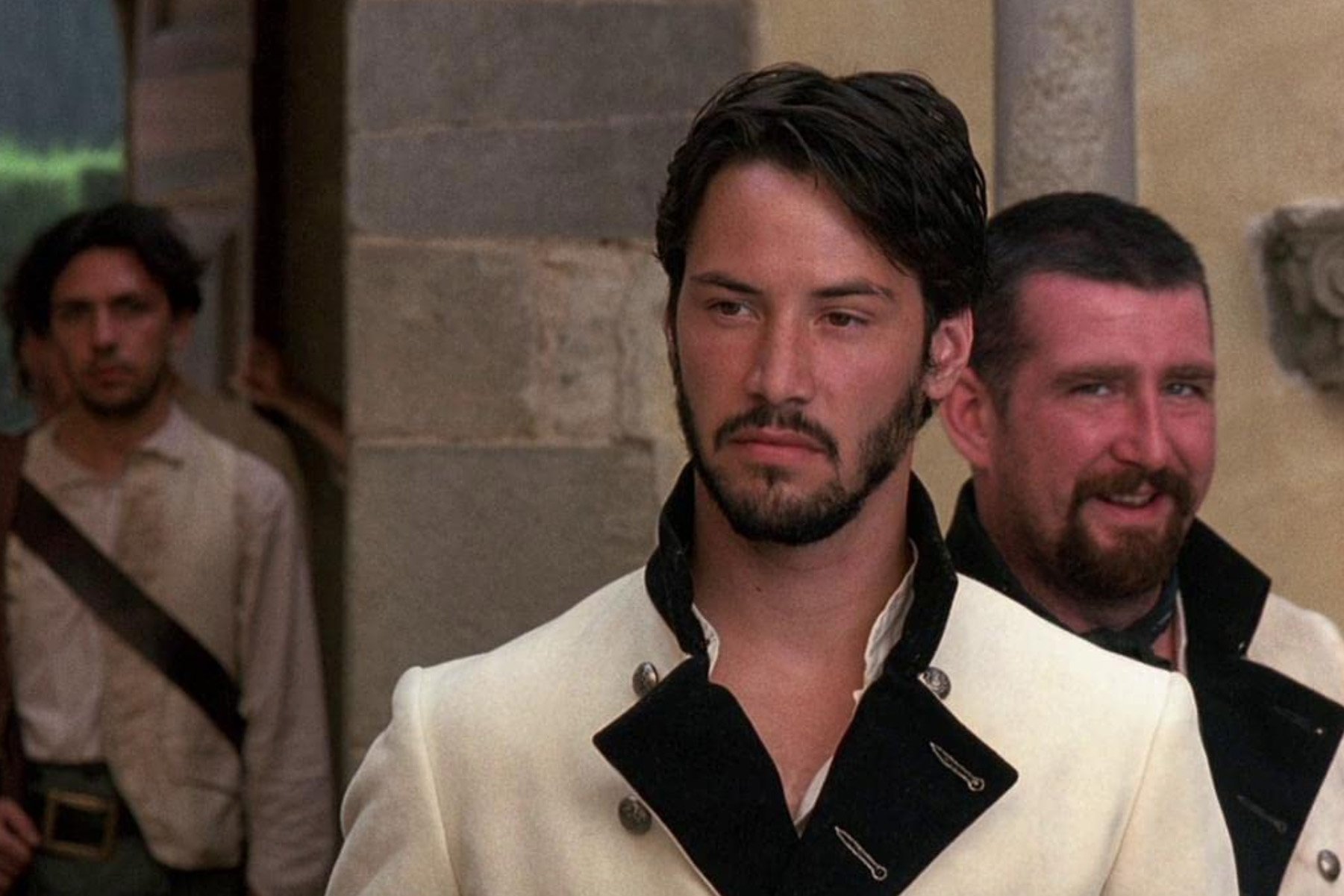 Shakesperean Keanu. A classic Shakesperean tale about Hero and her groom-to-be, Claudio, an engaged couple who team up with Claudio's commanding officer, Don Pedro, the week before their wedding to hatch a well-intentioned matchmaking scheme for unfriendly Benedick and Beatrice while Keanu's Character, Don John, plans to ruin the entire wedding. 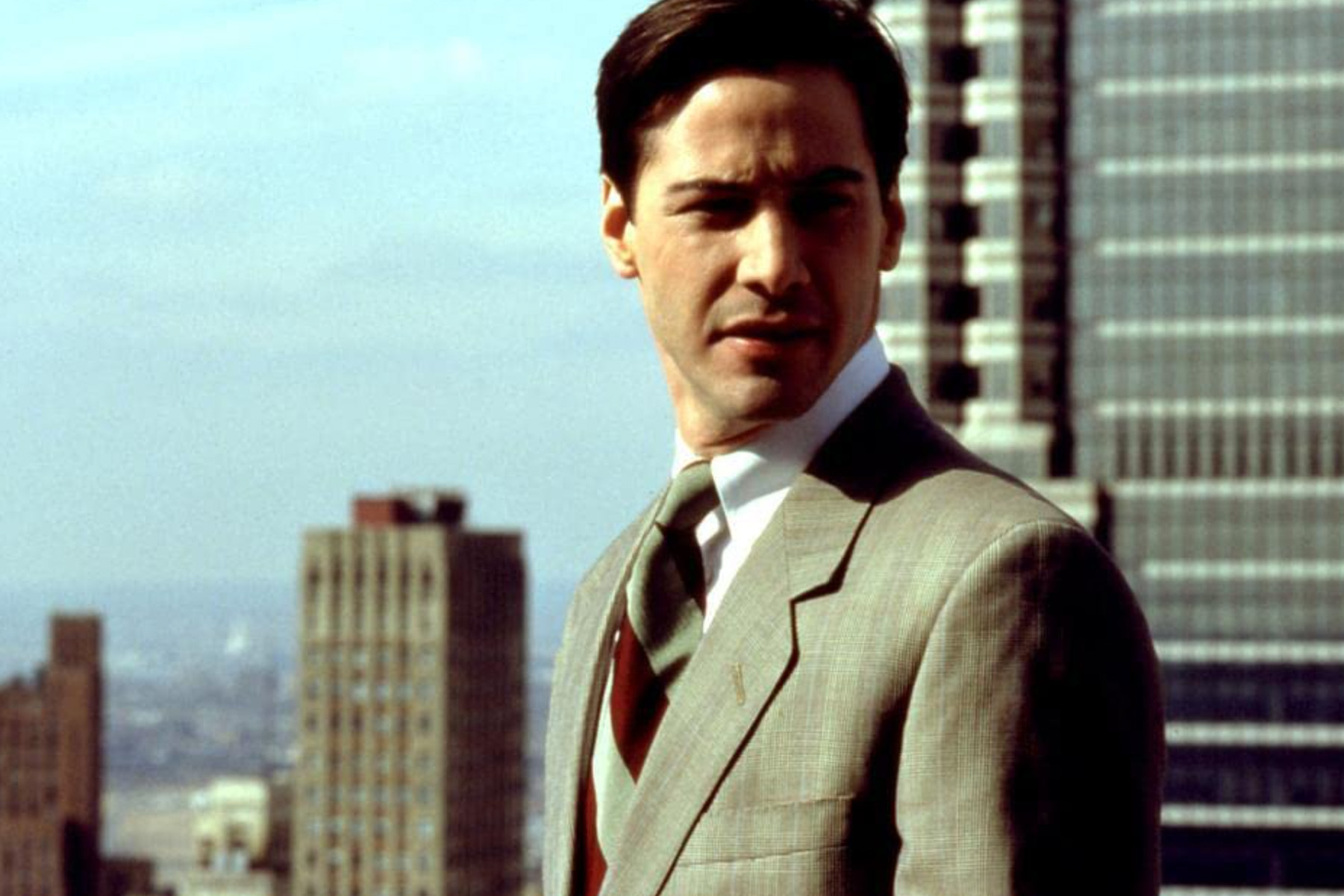 Tortured Keanu. When Keanu's character, a young well-to-do lawyer gets a new job at a firm in New York, things are looking rather peachy. That is, until his wife becomes haunted and he finds out his boss, played by Al Pacino, turns out to be the actual devil. 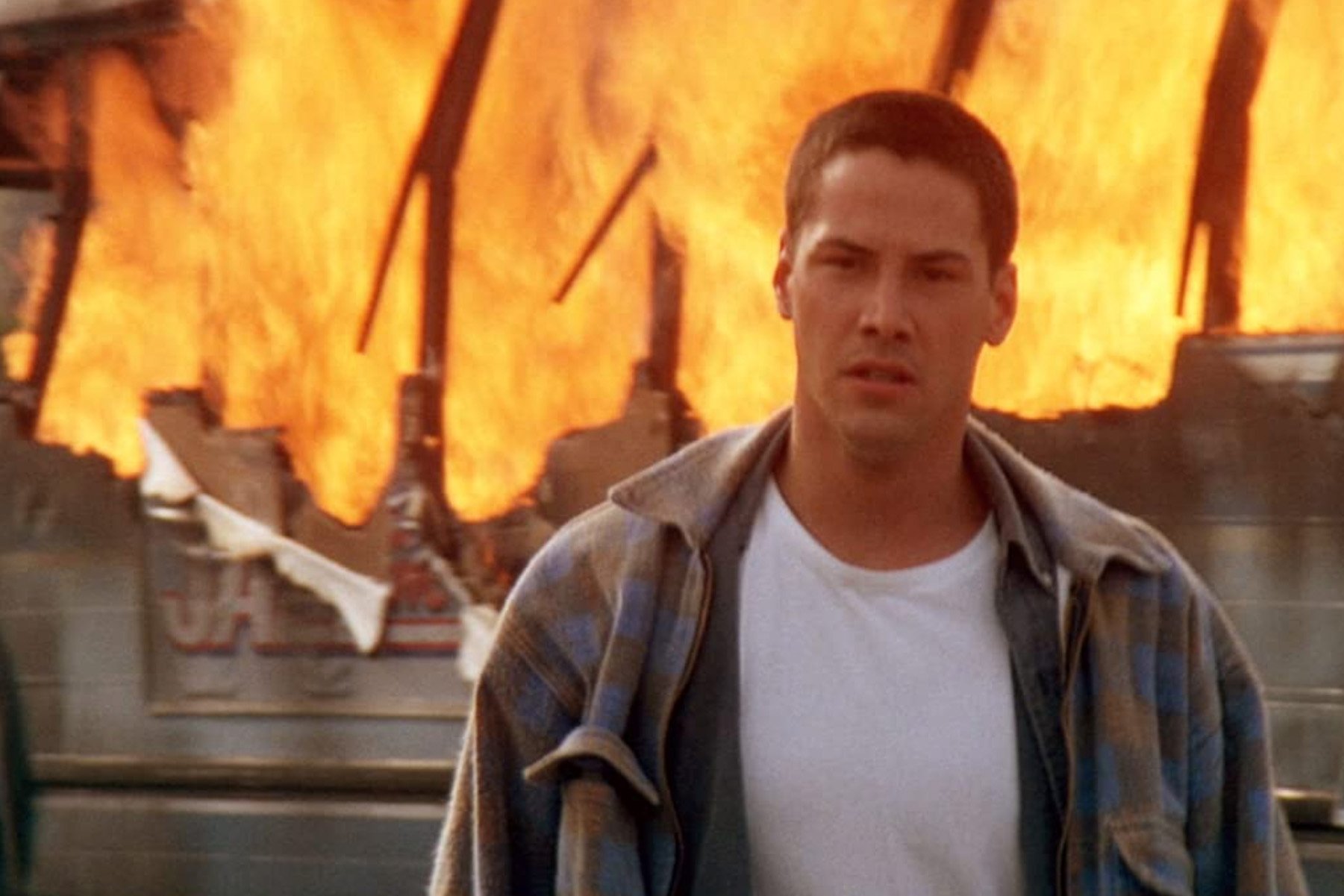 Panicked Keanu! It's all in the title with this one. When officer Jack Traven pisses off an Atlanta police department bomb squad member who fails at an attempt to take hostages stuck in an elevator with a bomb, he retaliates by arming a bus with a bomb that will explode if it drops below 50 miles per hour. Gripping!

My Own Private Idaho 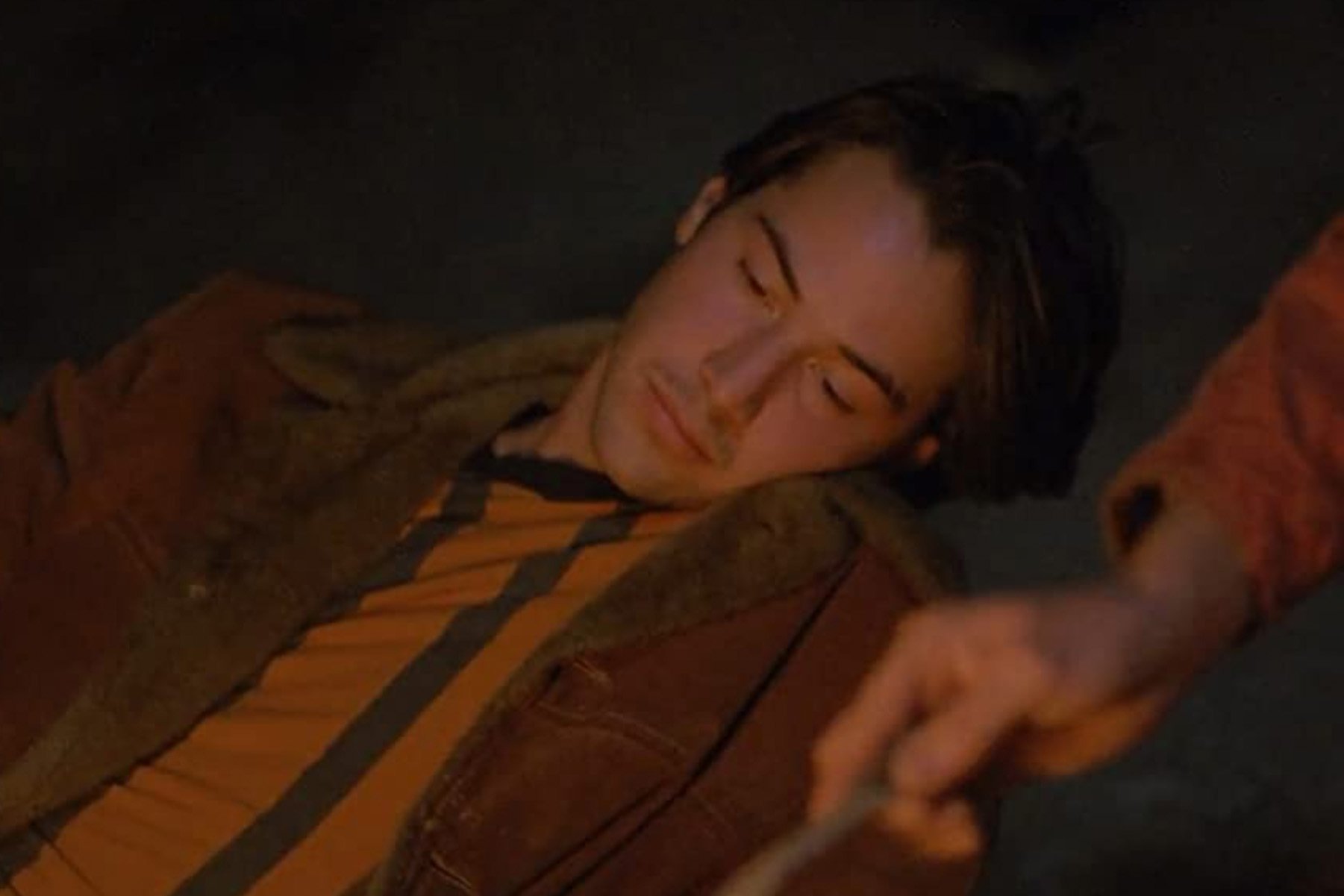 Rebellious Keanu. A film about personal discovery and friendship see Reeves play alongside River Pheonix as two young men who travel from Portland, Oregon on a mission to find Phoenix's character, Mike's estranged mother. Along the way they turn tricks for money and drugs, eventually attracting the attention of a wealthy benefactor and sexual deviant. 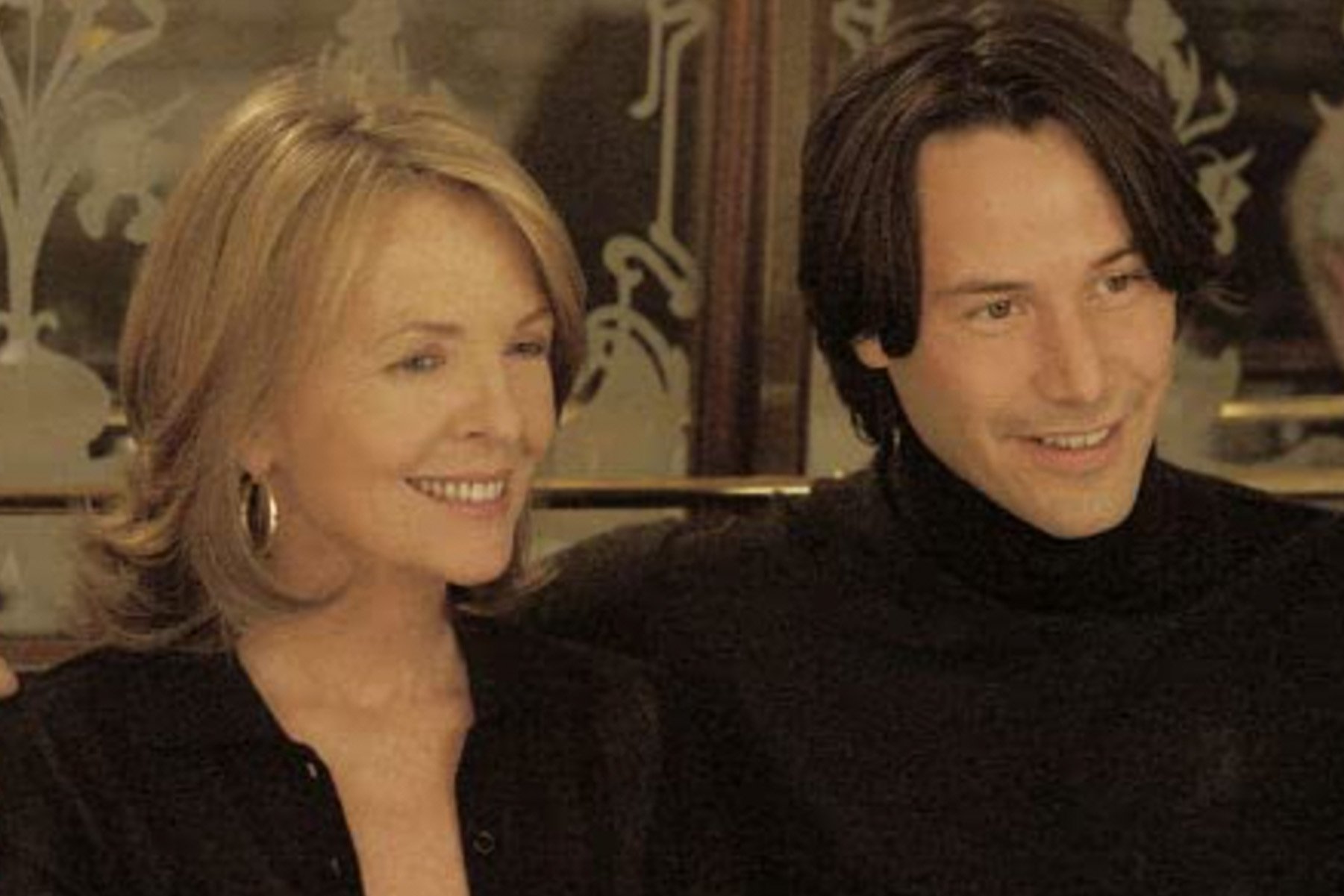 Brainy Keanu. Diane Keaton and Keanu in one film? Heavenly. While he doesn't play a huge role, he stars as a hear surgeon as a sort of safety net love interest for Keaton, a dramatic 50-something-year-old looking for love later in life.

PREVIOUS
A bill to introduce an independent inquiry into minister Christian Porter has been blocked – and the decision is virtually unprecedented
NEXT
Steven Spielberg and Netflix are joining forces and yes, everybody asked for this