If you're anything like us and have been meaning to watch less and read more, consider this the welcome nudge you've needed. With so many book genres out there to try from historical fiction, to blood curdling thrillers, it can be difficult to find the perfect novel to sink your teeth into. Sometimes, all our brains really need is an educational rejuvenation, schooling us on the important issues that really matter. In our current fractious, political climate it's never been more important to pay attention to the issues the female population is facing.

Whether you’re trying to learn more about reproductive rights, mental health, consent, or a different topic entirely, a book worth its salt is the perfect jumping off point. If you’ve decided it’s time to learn more about feminism, we’ve rounded up 10 essential reads to help guide your journey.

The majority of these reads will give you a background into the history of feminism, while others speak more pointedly on the modern female experience. Mostly, they focus on the topic of intersectionality delving deeply into how white feminist leaders have often ignored or oppressed women of colour or those from other marginalised groups. You'll also find personal essays about fighting the patriarchy that may inspire you to delve a little deeper. So with all that said, happy feminist reading, we hope it rouses the urge to take some action and fight the good fight.

1. A Room of One's Own, by Virginia Woolf 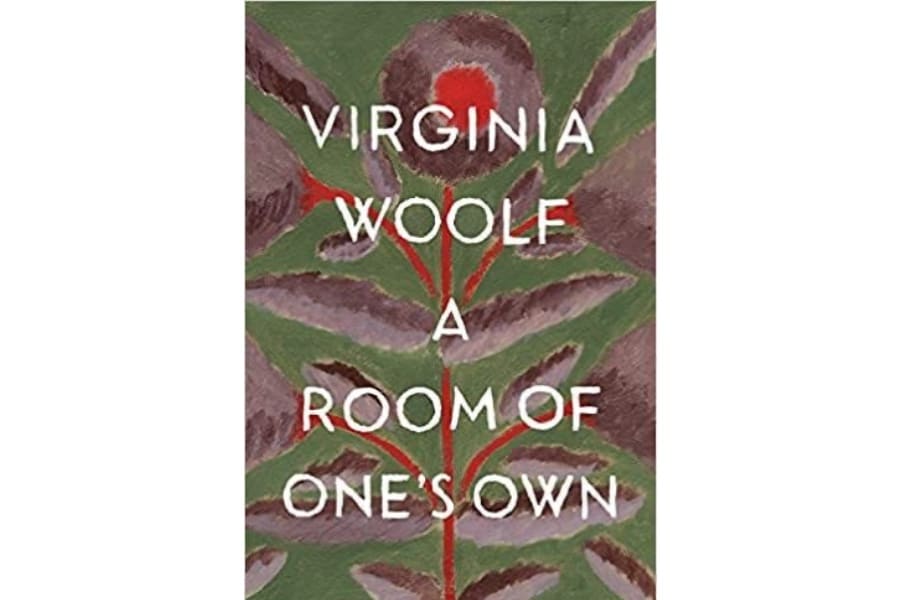 Based on two of Virginia Woolf's lectures, here she shuts down the notion that women are inherently less talented  than men. A careful examination into some of the structures that oppressed (and continue to oppress) women's lives, including domestic labor and access to education.

2. Talkin' Up to the White Woman: Indigenous Women and Feminism, by Aileen Moreton-Robinson 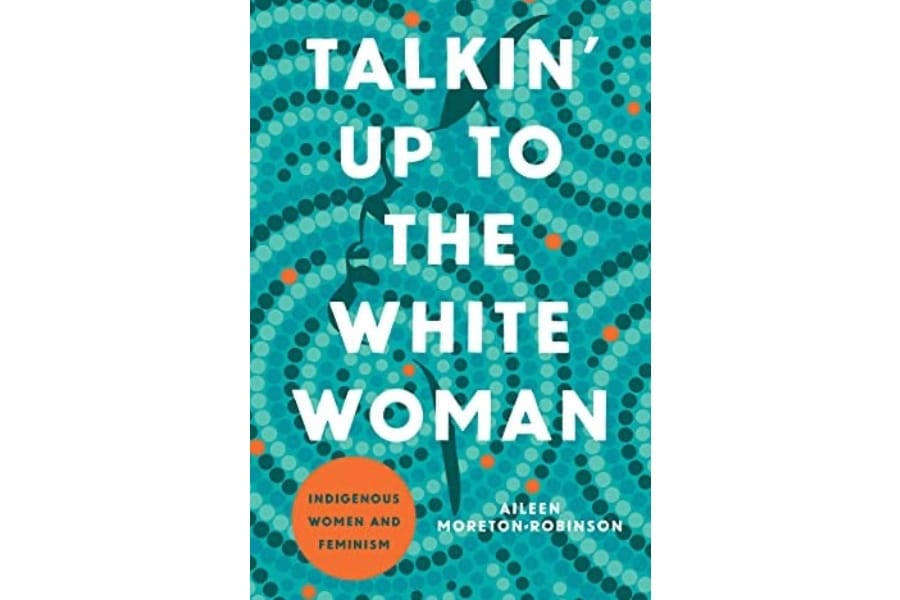 As a professor and an indigenous woman, Aileen Moreton Robertson looks into Western notions around feminism. Being a Goenpul woman of the Quandamooka people, herself, she examines how white feminists in Australia have consistently ignored or misrepresented Indigenous women in their findings and teachings on the subject. A necessary and important lesson we could all be better acquainted with.

3. We Should All Be Feminists, by Chimamanda Ngozi Adichie 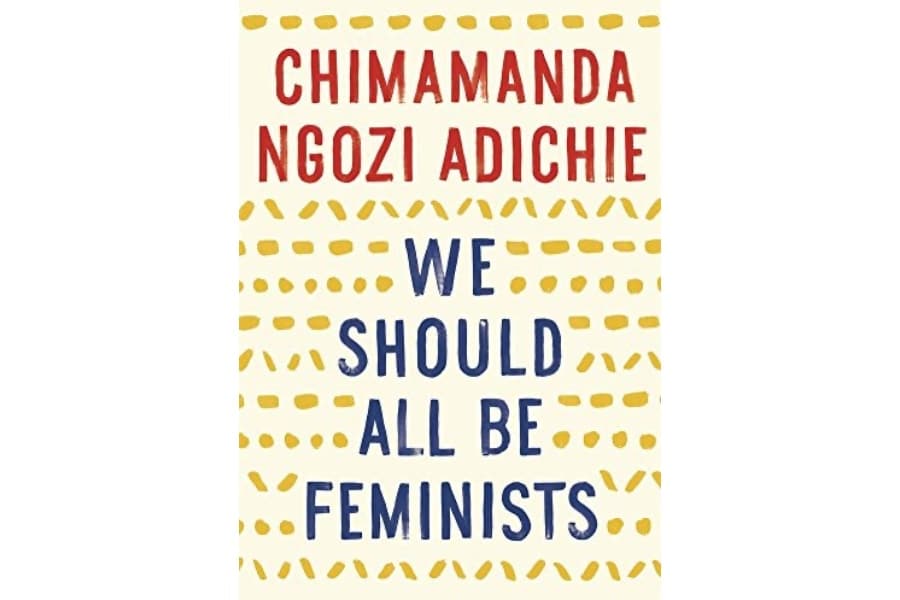 Not the longest read, but every sentence is worth its weight in historical and educational gold. Chimamanda Ngozi Adichie explains why feminism is for all people, of any race of gender. Followed on from her Tedx talk of the same name, the pocket size book is the perfect entry to the movement.

4. Hood Feminism: Notes from the Women That a Movement Forgot, by Mikki Kendall 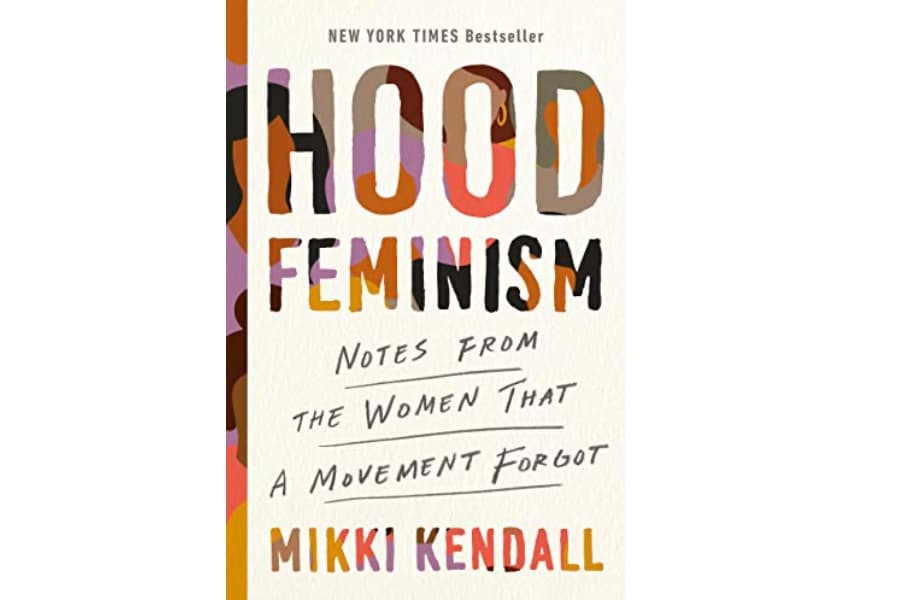 The meaning of feminism means very little without a discussion of intersectionality. Here Mikki Kendall gives us a thorough understanding of that topic, reminding us that we must acknowledge barriers like education, violence, hunger, medical care, and more. 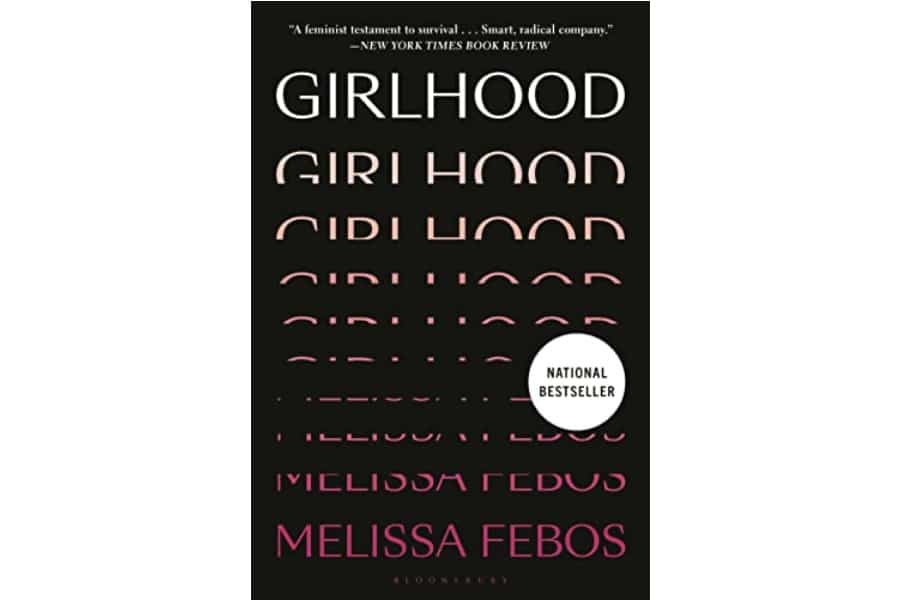 Ever looked back at the conditioning you've received and realised how messed up it truly is? Then this book is absolutely a must. Here Melissa Febos analyses the messages young girls have been given and how they can go about reclaiming their power and agency. An investigative memoir, you'll want to put these thoughts into good action.

In this collection of witty and blunt essays, cultural critic Roxanne Gay pushes for the idea of "imperfect feminism". Gay discusses problematic culture, and the many ways that tokenism and negatively aspected media impacts women of colour. An impressive and insightful look into feminism from our current cultural lens.

7. Men Explain Things to Me by Rebecca Solnit 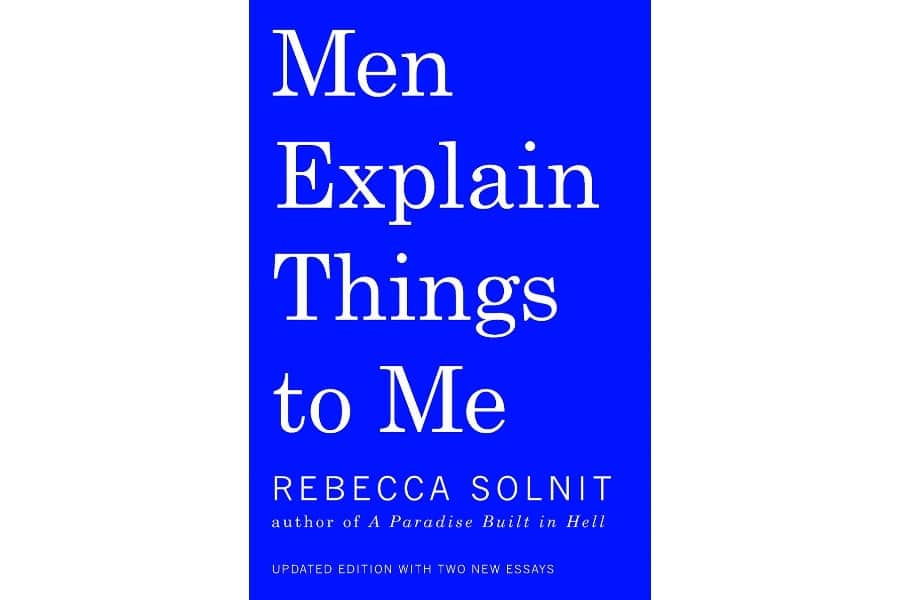 Most overtly known for coining the term mansplaining, Rebecca Solnit wrote a collection of pointed essays that delves into the modern feminist psyche. From having your own experiences explained to you to equal opportunities for women, her frank candour is a welcome commentary on the current female experience.

8. The Bell Jar by Sylvia Plath 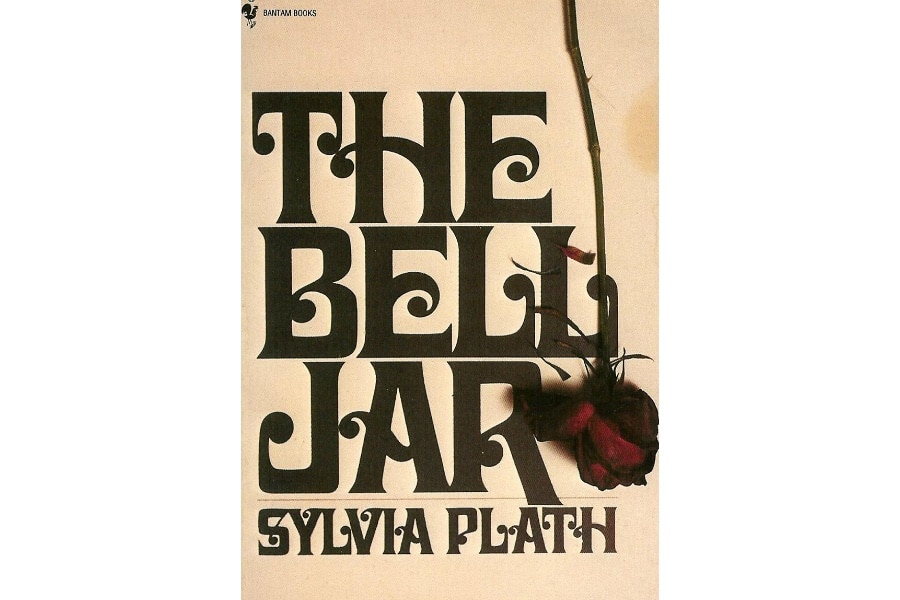 A quasi-autobiographical tale of one woman's descent into metal illness in the 1950s, The Bell Jar is a vital part of any coming of age feminist reading experience. A poetic mirth of wisdom, Sylvia Plath captures the desire, disillusionment, and fear of being young, confused, and confined to the rules of a patriarchal society. This is simply a classic piece of feminist prose everyone must read.

9. The Sun and Her Flowers, by Rupi Kaur 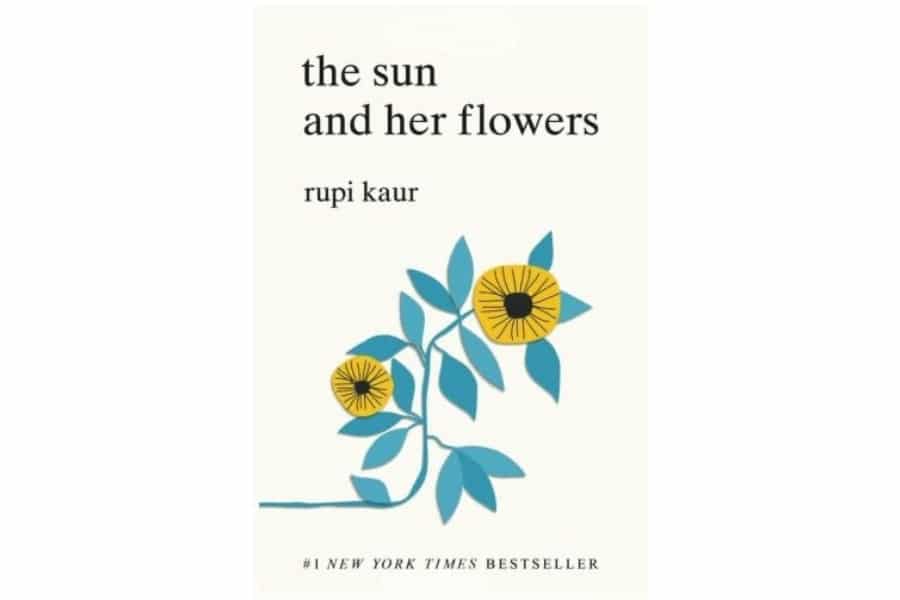 A feminist for the social media generation, following the success of her first book of poems Rupi Kaur has solidified herself as a truth teller of the inner female experience. Her second anthology of short-form poetry, The Sun And Her Flowers talks of overcoming a personal experience of sexual assault and finding her way back to loving herself again. Kaur speaks of the her privilege to her freedom, while, addressing a number of feminist issues.

10. The Bloody Chamber by Angela Carter 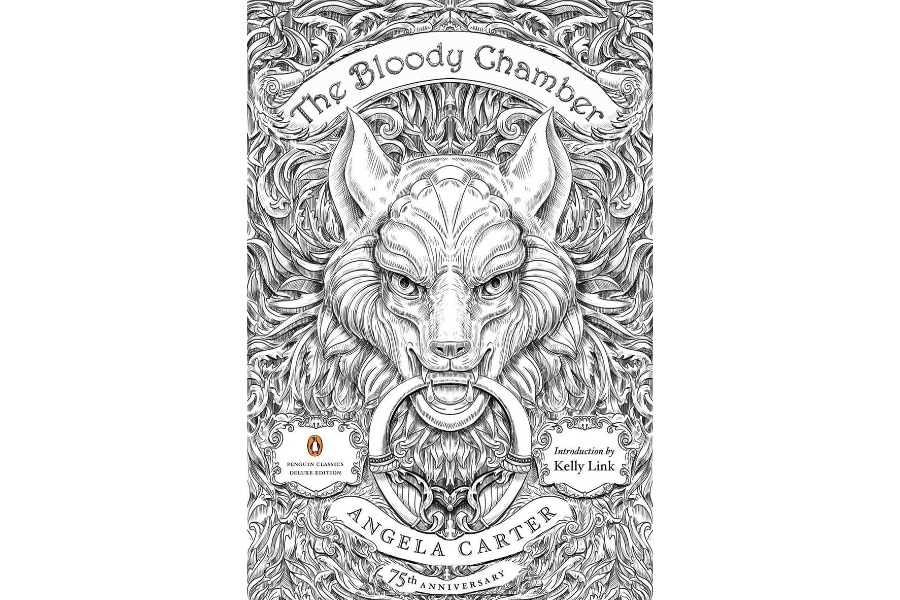 If like us you're a fan of the feminist fairytale retelling then The Bloody Chamber is the perfect entry point. A central figure to the concept, Angela Carter's 1979 collection of short stories spawned an entire sub-genre. The tales include villainous Little Red Riding Hoods, other worldly Sleeping Beauties, the beauty who turns into the Beast. Her stories remain some of the purest examples of the style and a clever spin on the feminist experience.