Over the course of the past months, in an apartment on Bondi Beach, model and musician Matilda Dods and Alex Wall of Bleeding Knees Club and Wax Witches have been realising a project that, for the pair felt like an inevitable moment in their journey together.

The result, is Baptizm. The literal incarnation of the duo's musical talents taken in a new direction - a polarising, fresh, psychedelic krautrock journey embodied in their debut EP, Beyond The Castle Walls. It opens strong, with the track Hole In My Head. Moody guitar riffs are layered with driving synths, intercepted by Dods' dream-like vocals. Wall is there too, ever so faintly, adding the roots to a track so effervescent it could be bereft of gravity.

"That song is the first song we made, and it just happened one night, literally while I was cooking dinner." Dods tells me this morning. The EP has just been released, and she tells me she is thinking about a pile of dishes in the sink.  "Alex was clunking around on his computer and started making these funny grind-y, crazy beats and we were like, 'this is really cool, we should like turn this into a song.'" She says. "So that's how that song happened. And when we had that one song we played it for friends and people really liked it. So I think that that helped give us a bit of momentum to keep going. But I think that kind of even if we hadn't had done that, purely by the fact that we loved what we were doing so much, we would have kept going anyway." 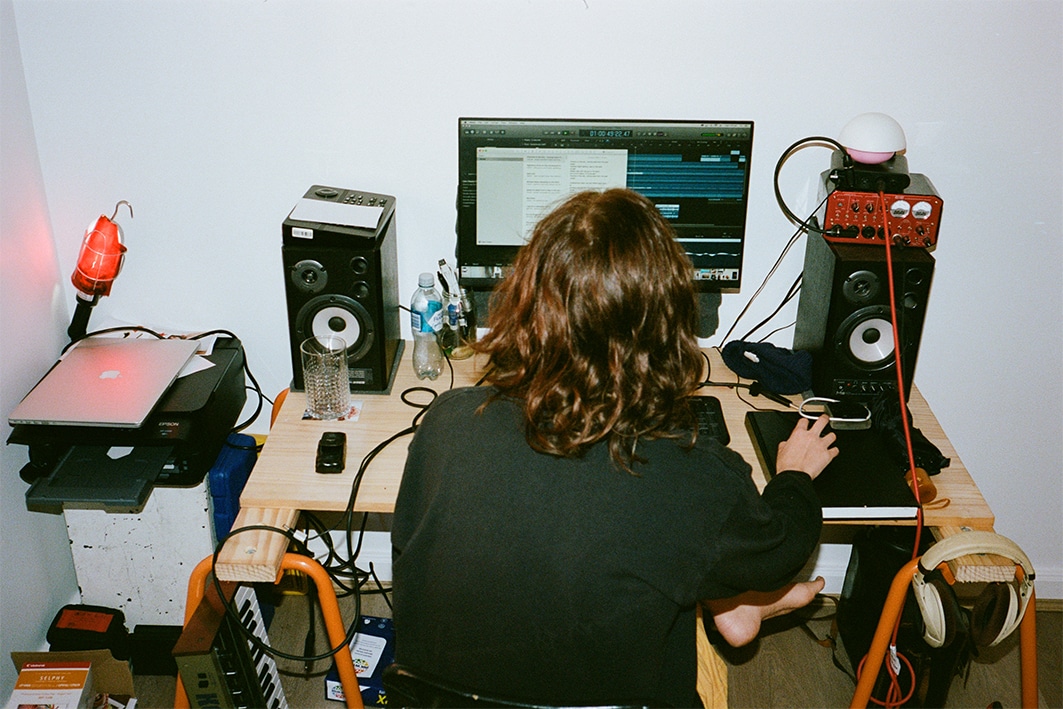 They did keep going, for another three songs that, standalone feel right, but together evoke feelings of both Australian beach culture in twangy guitar riffs and European clubs in heady synths and grungy, airy vocals. For Wall and Dods, both partial to indie rock on the opposite ends of the spectrum - Wall, whose sun-bleached sound from his Bleeding Knees Club days carries the EP like a summery dream - and Dods, whose early music influences leaned heavily into baroque pop and guttural vocals, the psychedelic current of Beyond The Castle Walls feels entirely reborn.

"Alex was listening to a lot of psychedelic rock music when we first started dating and he was driving between Byron Bay and Sydney a lot. I think that for him, and for us, the decision was just to make something that we both really loved, as opposed to something that kind of fits into what we have already done,." Dods says when I ask about their shift away from what they each know so well. "Baptizm was really just born out of a passion project and feeling really inspired and making something that you love with somebody that you love with out any kind of ulterior motive of like, 'who is going to be who is the audience and how does it fit into the brand?'

"Alex has said to me several times, that's why he loves it so much, because it's really getting him out of what making music was for a while, and following this certain trajectory that he had. It's just something completely new and completely fresh, which means we're making our own boundaries. We're just interested in making something we really love in the hopes that other people will love it as well." She says.

Many of us know Dods as a model and writer, but for those who have been there from the beginning, it has always been clear that she has her feet firmly planted in music. Strumming her acoustic guitar along to vocals that, back when she was performing solo gigs, would drop your heart into your stomach. She took a concise break when her modelling career took off, and for a moment there, while still playing for herself behind the scenes, it felt as though she may not return to playing publicly. 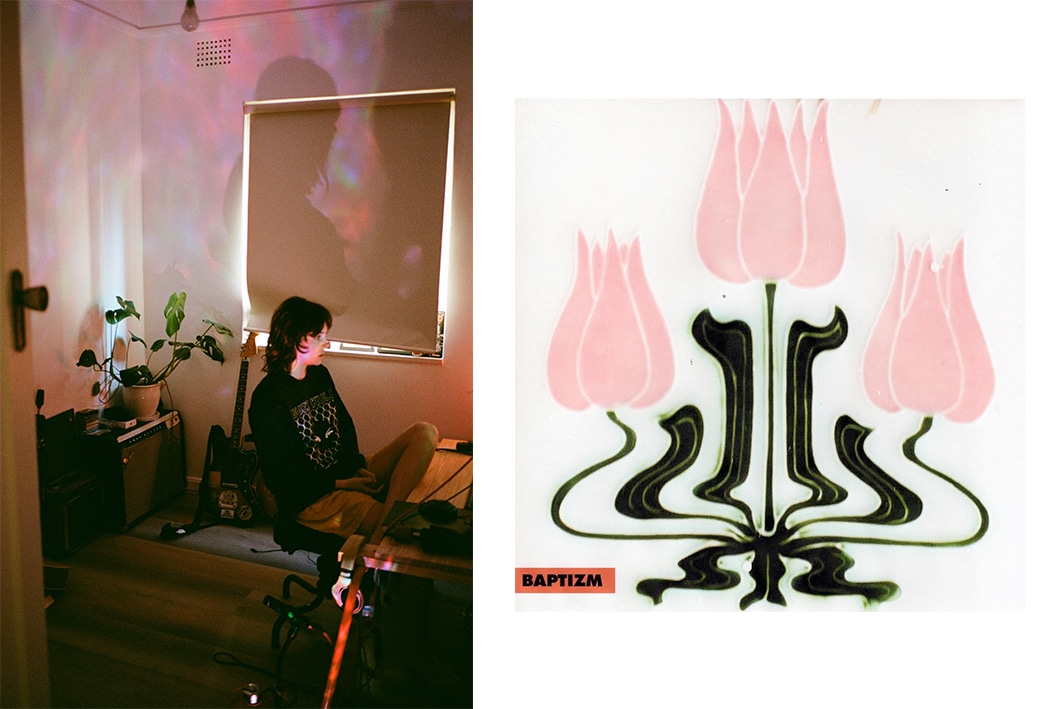 For her, it was about inspiration, and playing solo for those years led her to drift away from creating music - a process that she found quite lonely. "I didn't have a creative process any more that made me feel good. Then Alex and I got together and he has so much experience and his creative process is so different to mine. I'm really inspired by him. It made me want to kind of explore a new facet of my musicality because this music is dramatically different from the music that I used to make." She says. "But the opportunity for it to feel kind of symbiotic, bouncing things off of each other in the studio at night with a glass of wine, laughing and having fun made making music again feel really fun and really joyous in a way that I had lost when I was making music by myself."

As for what's next for the new duo? "We are just so excited to turn it into a live show." Dods gushes. "We have so many ideas and so much inspiration [for it]. We're already working out amazing lighting rigs and live synth cues and all of that. That's what we're really excited for. And already new music in the pipeline for the next release."

Baptizm's debut EP, Beyond The Castle Walls is a triumph that has emerged during a time that has rendered us with little to be excited for. A battle cry for summer, for heads bouncing and hearts thumping and the energetic current that hits us at maximum speed during a live set. Beyond The Castle Walls is a call for optimism and a christening of revival. You can stream it via Spotify, now.

PREVIOUS
After 40 years, ABBA are back with a new album and all we can say is Gimme! Gimme! Gimme!
NEXT
A new documentary celebrating the 30-year anniversary of Nirvana's 'Nevermind' album is coming