It's literal music to the ears of gig fanatics everywhere, Sydney's the Factory Theatre is set to reopen its doors this July. And the first act to appear on stage? Well, it's none other than crowd favourites DMA'S.

The trio will welcome the release of their third studio album THE GLOW this Friday July 10, and in celebration of this new record (and the new single Criminal out today), this ARIA-nominated band has announced a series of intimate gigs.

For DMA'S, the Factory Theatre was their local. The venue that supported local acts. The spot that watched them grow up into who they are now. So, it was the perfect place to host their new shows. In the new, socially-distanced world, the band is set to perform six intimate shows to a limited capacity audience over July 30 - August 1 - with two gigs per night.

We caught up with Johnny Took from the band ahead of the album release (and the shows) to find out a little bit more of what we can expect from this new record - and to see how the group has managed life in lockdown.

Tell us about the new album THE GLOW?

Basically it’s like our third studio record, and it’s probably the first one we’ve done under the eye of producers. We did our last record with Kim from the Presets but there were some moments we recorded the guitars ourselves in our own home studio. Working with Stuart Price who’s worked with Madonna, The Killers and more. It’s definitely a more high-fidelity sound [for this record as a result]. We wanted to make a pop record and I feel we’ve done that.

Is this album a new direction for you guys?

It’s a step in *a* direction. Whether we keep going more electronic or we’ve got a lot of songs that fit well in a noisier punk vibe, we’re still finding our feet. We don’t want to make the exact same record. We like elements of the record leading into the next. We don’t like making the same record again and again and again!. It’s something different. 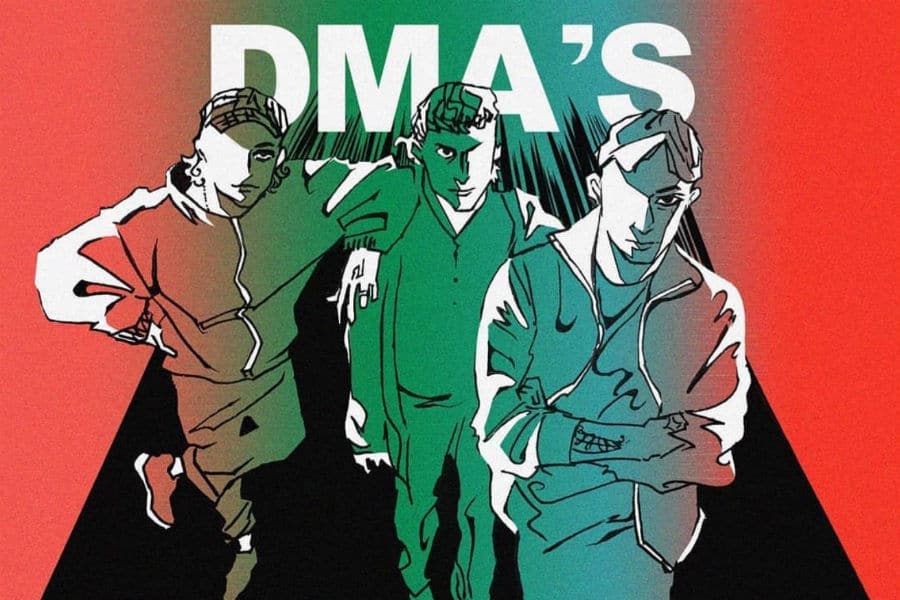 We’ve always been a guitar-driven band but we’ve always loved pop melodies. Recently I’ve been listening to electronic styles of music and in my production sense, working with drum machines and sequencers and stuff. That was y’know where we were kind of heading.

I think like as a musician you continuously want to keep growing and trying new things. We’ve done the guitar thing for a while, so listening to other styles of harder electronic music and blending them with our already noisy, jangly guitar thing was kind of a trick. Working with Stuart Price got us over the line.

What was it like working with Stuart Price on this record? Was he a source of inspiration for you?

He’s incredible! One of the most amazing I’ve ever met. He has a demeanour that’s conducive to creativity in the studio. No question or thought or idea is disregarded or seems stupid, y’know? Which is a pretty amazing quality.

It’s a quality that I think makes him such a good producer. When you hear about him working with so many big names you go ‘oh he could be a bit arrogant’ or something? But it was actually the opposite of that! That’s why you’re big, because you’re amazing lovely human who gets the best out of people.

For the fans that are eagerly awaiting the full album release, can you give a few clues as to what they should expect?

THE GLOW has turned out to be a bit of a rollercoaster. It still has upbeat rock and roll songs we’re known for; singalong anthems; emotional ballads, but also the electronic dance rave element that has kind of made our DMA’s sound transferring into the live show more three dimensional for us. 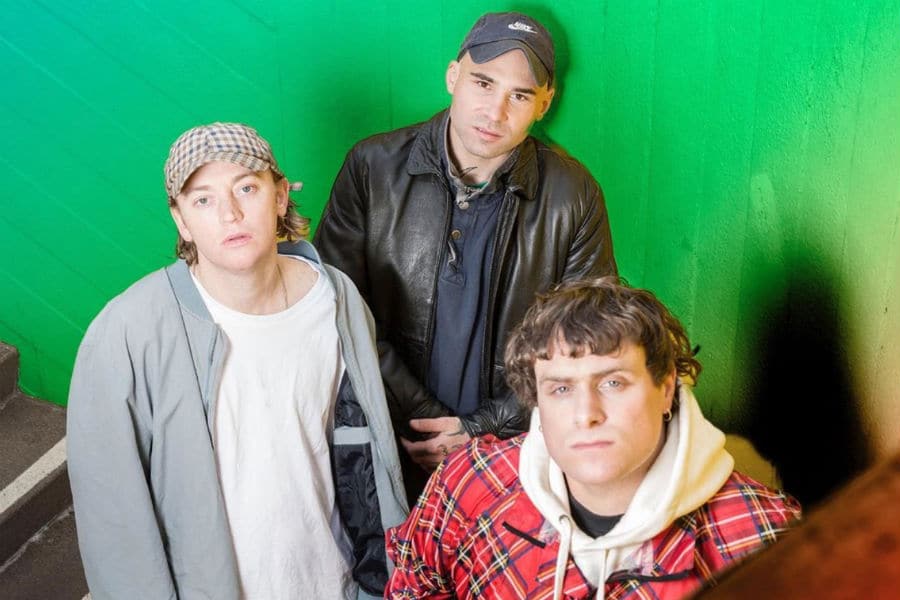 All three of you have successfully collaborated on some great music in the last six years. What’s your creative process when writing and recording an album?

It changes every time. One big part that we’ve spoken about is “frankensteining”.

We’re lucky that all three of us are melody writers. We take our best melodies and transpose them into the same key and then we try to piece them together a little bit like that.

But it changes every time. Sometimes its a sequencer or drum machine and we send it to Tommy who sings on it or Mason has a song that’s 80% done and we bring the other 20% to get it over the line.

We’ve seen a lot of artists hold back their releases during the pandemic. Has the lockdown affected this record at all?

Yeah. It’s a funny one because the pandemic has affected everyone in different ways. I guess for us it’s funny because it seems like people are streaming more than ever. This might be good for listeners hearing it for the first time but the reason we pushed it back was because we wanted to be closer to a place where we could show this in a live format. By the time shows are running again I’m hoping people will have had time to sit with the record, learn and know the songs [to singalong with us].

We found on the last record we started touring in the UK the week the [last] album was out. People were eager trying to sing along but they hadn’t had the time to get to know it and listen, so we’re excited that hopefully in this kind of respite if you will that people will get to learn the album really well, so when we play live they’ll be keener than ever and really know the songs.

You’ve played some unreal gigs in the past, what do you think is the way forward for concerts is in a socially-distanced world?

It’s a really, really new question. I’d only be guessing because nobody knows what’s going on right now. Everyone’s kind of winging it.

We’ve even been talking about doing shows to showcase the record where we can have 100 people in what would normally be a 400 capacity venue and have them seated.

As you do see in times of struggle, people get really creative. They’re forced to be super creative with how they live life in general so we’re probably going to see - as horrible as it all is - some silver linings after it’s all finished. 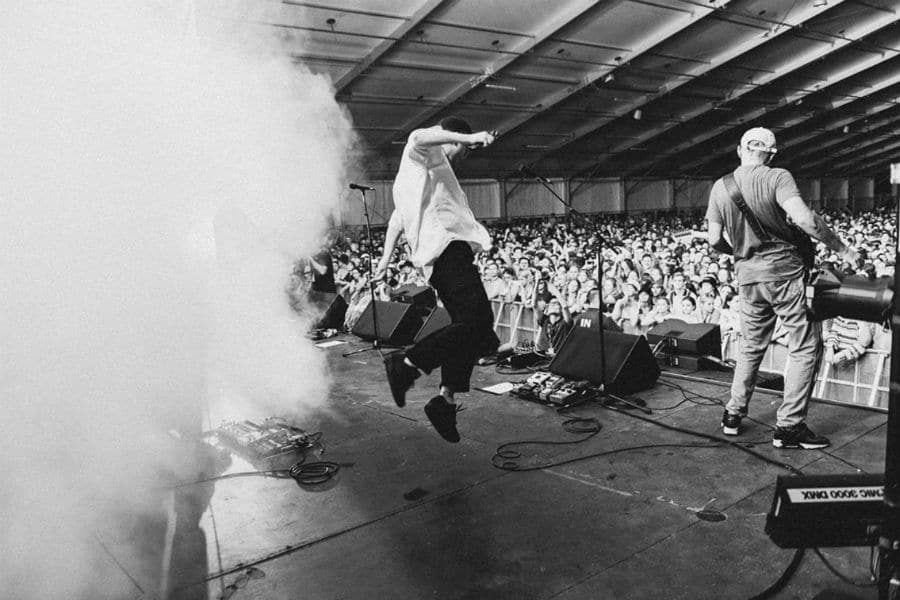 I have to ask, what was it like touring with Liam Gallagher?

That was great! It was just Liam’s tour and we’ve supported noel before in Ireland. That tour we did was amazing. It was incredible that he had us on the road and he’s such a lovely and cool guy who loves music.

To support a younger band like us was great. We got to watch the shows and the crew was lovely to us.

Getting to see the shows in arenas all around the UK was pretty amazing, particularly the last one finishing off in Manchester, seeing him sing these iconic oasis songs in front of a home crowd was like nothing I’ve really ever seen before.

For those looking to score tickets to the Factory Theatre gigs know that an exclusive Artist Pre-sale for these shows will be made accessible from noon AEST on Wednesday 8 July for fans who purchase a $9.99 bundle, which includes a digital download of THE GLOW and a signed poster.

All profits from this bundle will be donated to the Aboriginal Legal Service (ALS), who do great work fighting for the rights of Aboriginal and Torres Strait Island people in NSW and ACT.

PREVIOUS
Huzzah! Another trailer for Stan's period drama 'The Great' has just been released - watch it here
NEXT
What you need to know about the NSW-Victorian border closure