With a sound that lands somewhere between lost mixtapes from The Smiths and early tunes from Bloc Party, it's no surprise that the latest name on the lips of just about every person in the Australian music scene is STUMPS.

The Sydney trio recently celebrated freedom from the shackles of the 2020 lockdown by releasing their debut album All Our Friends; an album destined to live on repeat during your work days, late nights and car rides. A collection of wall-to-wall indie-rock bops, naturally All Our Friends has been a long time in the making.

STUMPS, also known as Kyle Fisher, Merrick Powell and Johnny Dolan, explain that being able to release this labour of love was not without its challenges. The boys had to reschedule the their East Coast tour and album release following the COVID-related challenges of 2020. But at last, the good vibrations of All Our Friends have made it to the airwaves.

Always smiling and effortlessly cool is lead singer Kyle Fisher. He calls All Our Friends "a dedication to the people who have shaped my character, my confidence, and my world view." Now midway through touring, we caught up with him to talk about all things STUMPS.

What’s the first thing we should know about STUMPS?

We’re three best friends who write music about life and loss that you can dance to. 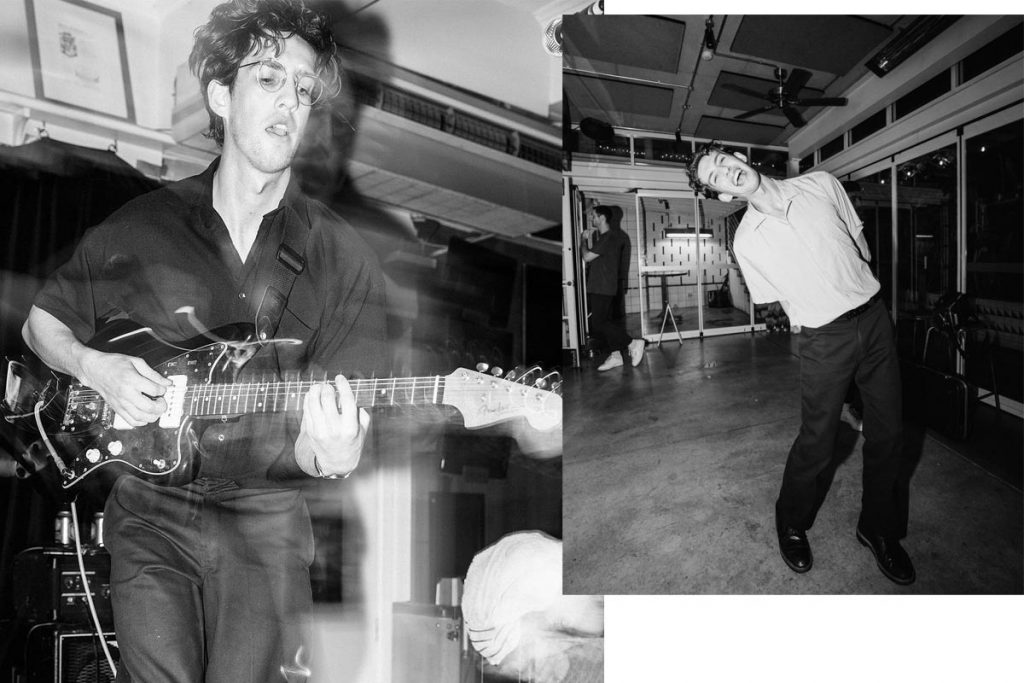 How would you describe your sound?

In a nutshell, indie dance rock. But we like to draw from a smorgasbord of genres outside of our niche.

Tell us about your new album All Our Friends? How does it feel to have released your debut?

I sobbed joyously when I held the record on vinyl for the first time. It’s a strangely surreal experience to physically hold something that’s the culmination of years of work. On top of that, the album is about the many beautiful and painful experiences we’ve had in our lives, and the friends who helped us realise that everything will be alright. So there was an added emotional weight there as well. 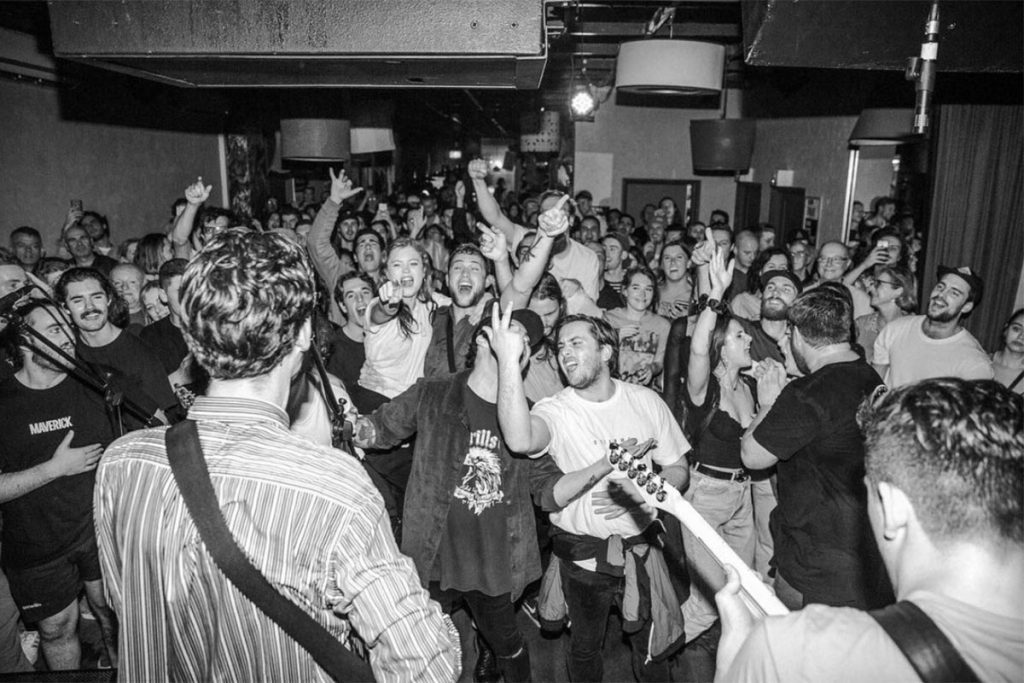 I’m always drawn to contrast and, fittingly, I can never choose between Charles Bukowski and William Wordsworth. One for the cynic and the other for the romantic in me. 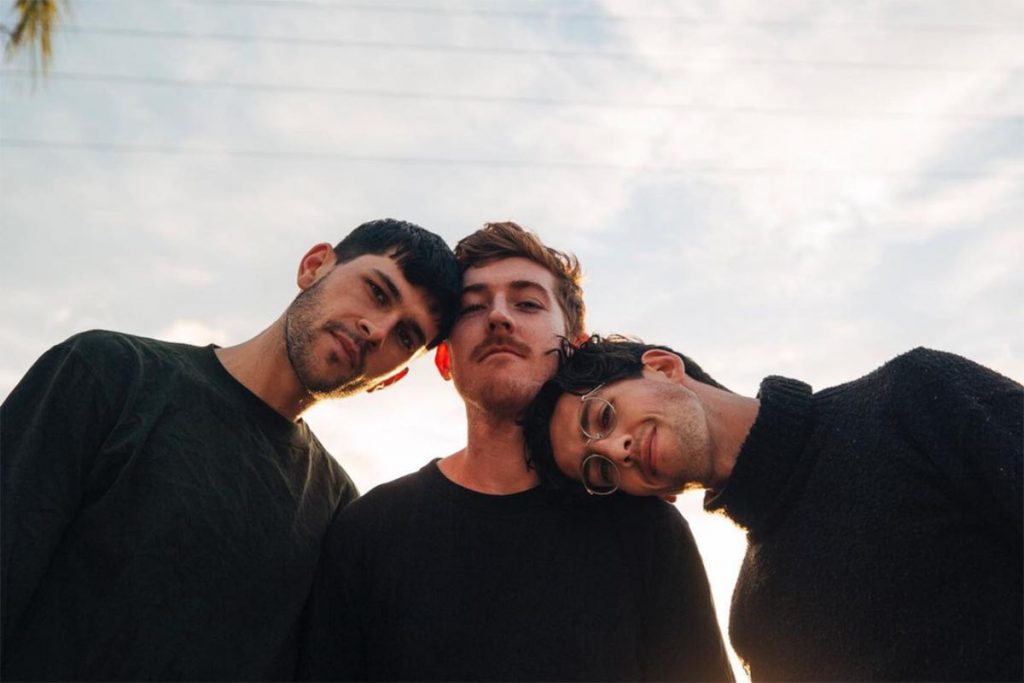 What inspired this album? Where do you get your creative inspiration from?

Sonically we’re heavily enamoured by the indie-rock scene of the early 2000s. Artists like Phoenix, Bloc Party, Two Door Cinema Club and Arctic Monkeys have all been pivotal in our sound. However, emotionally and creatively, our greatest inspirations have come from stories from our friends. Oftentimes silly and bemusing, other times dark and heartbreaking. We are most certainly a reflection of our milieu in that regard. 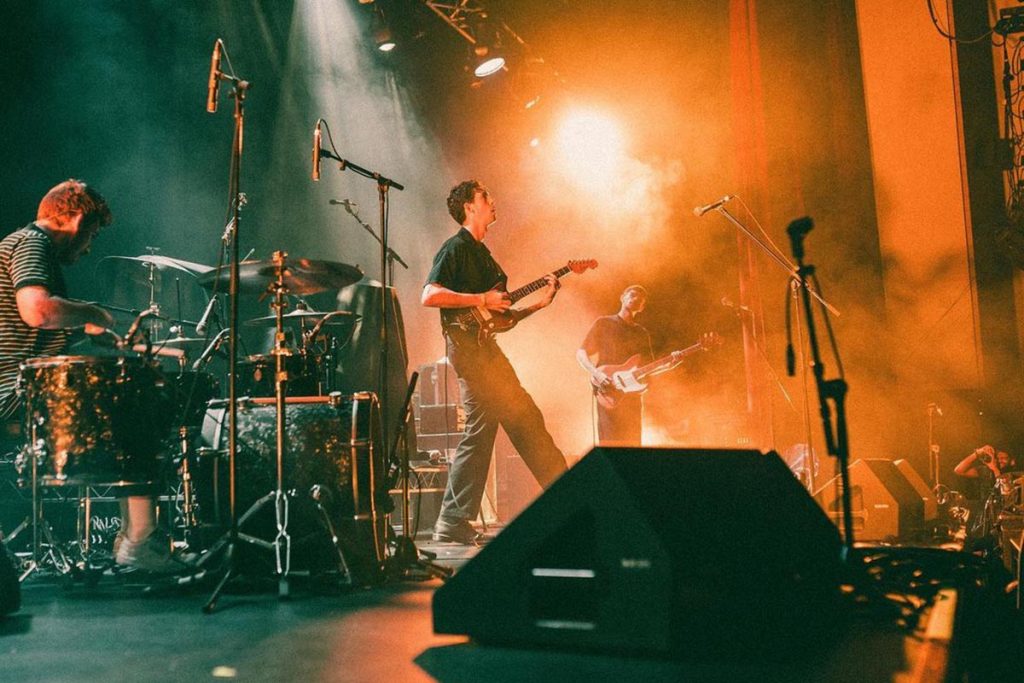 What do you want people to take away from your music?

Contemplation and love in equal parts, with a dash of compulsion to dance. 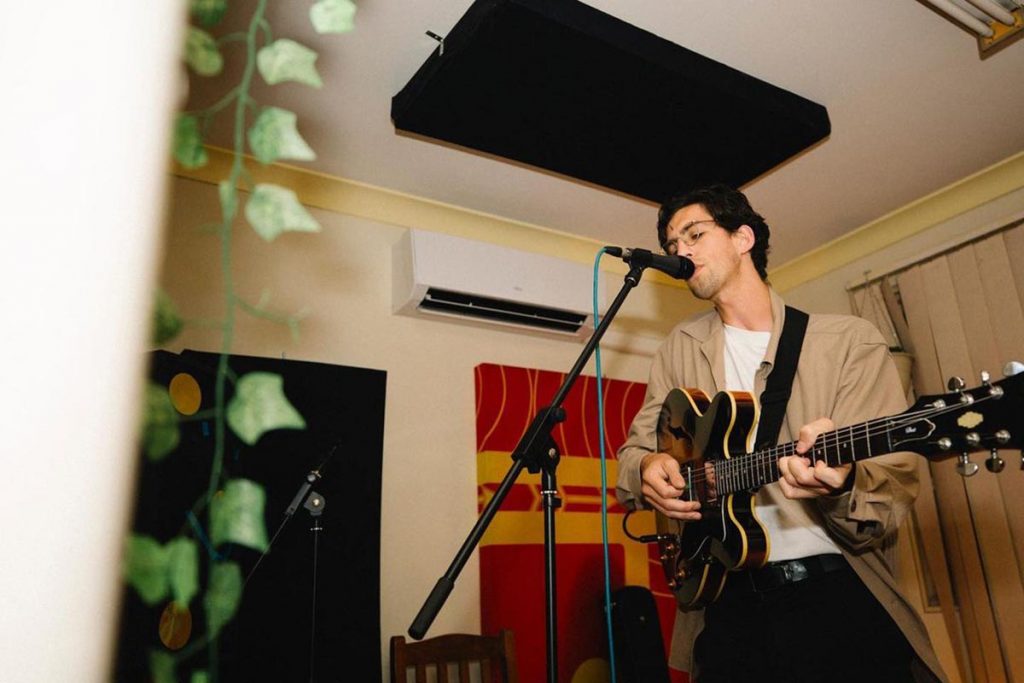 I’ve heard people compare you to The Smiths. What’s your favourite song by The Smiths?

Funnily enough I had never listened to The Smiths before the STUMPS project started, but since then I’ve enjoyed the lyricism of Morrissey and the virtuosity of Johnny Marr. I think there’s no better example of that than in There is a Light That Never Goes Out. 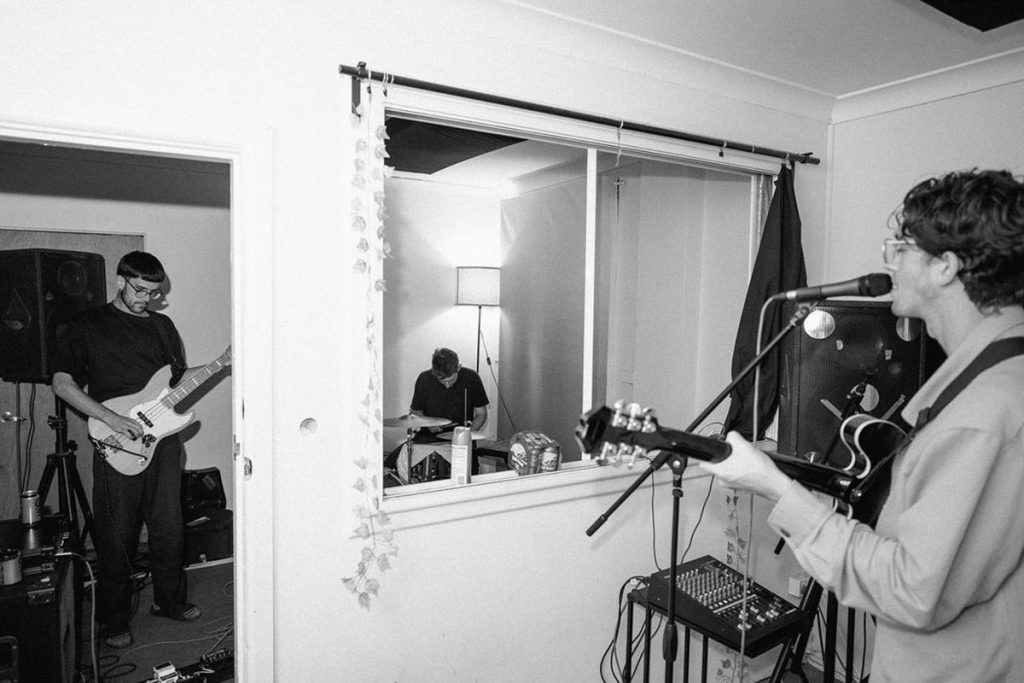 What do you think more people should know about STUMPS?

Merrick, our bass player, enjoys So Fresh CD’s unironically, Johnny, our drummer, is one of the premier UFO enthusiasts in Australia, and sometimes I say I’m 6’4, but really I’m 6’3 and a half. 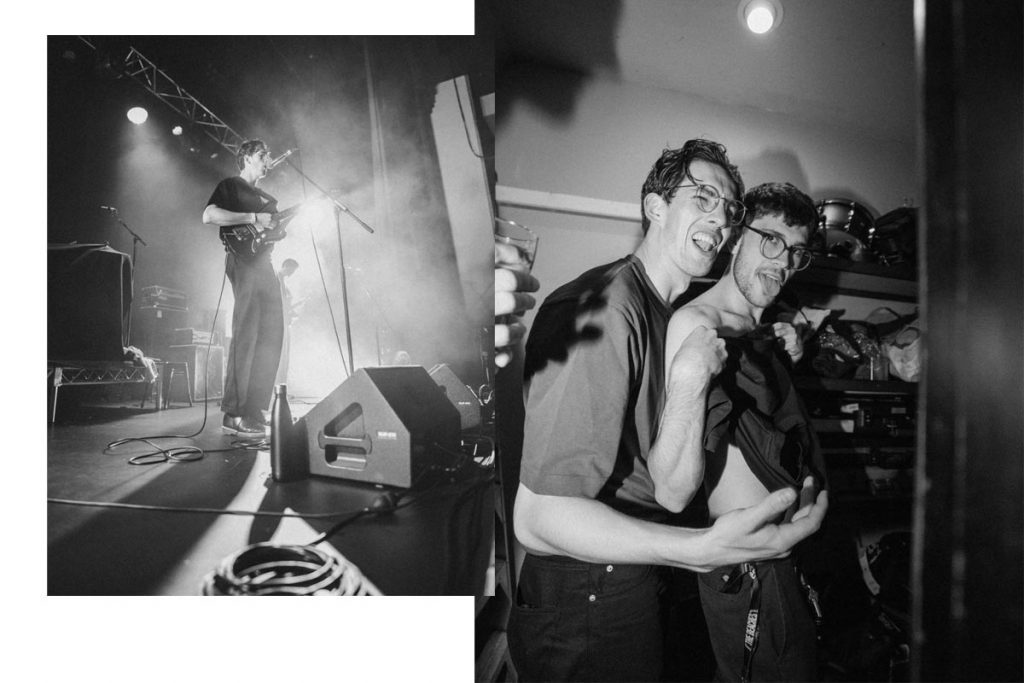 What’s next for you? What should we expect from STUMPS? 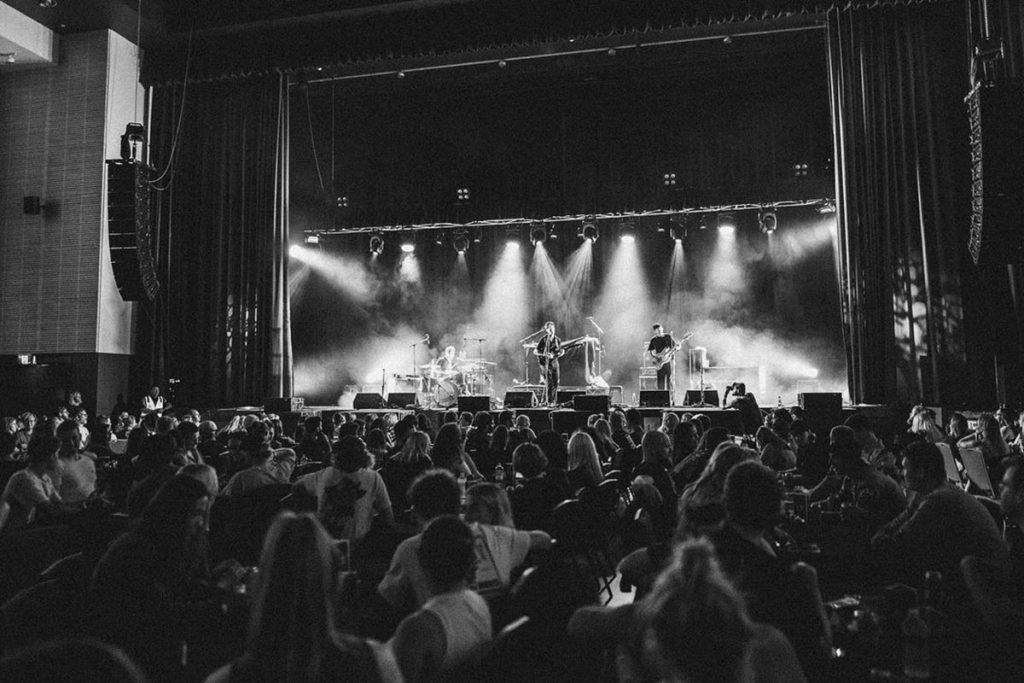 Remaining tour dates and ticket can be found here. Or stream All Our Friends here.

PREVIOUS
Milan Ring knows how to forge her own path
NEXT
Gia Coppola's latest film, 'Mainstream,' is a satirical cautionary tale on YouTube culture

Well, it only took a global pandemic, an imminent climate crisis, and a world-wide political shit show to force Donnie Darko director Richard Kelly out of the shadows after 20 long years.

Hi David! Welcome to the metaverse where everyone is thrilled to have you