The voice of Starley is one you'll know.

A remix of her track Call on Me has been streamed over a billion times on Spotify - and it's diamond, platinum or gold accredited in 26 countries. Her music has been around the world and back again - and now, this Australian talent is preparing for the release of her debut album, One of One.

Writer of pop ballads, a voice with soul and a creator that tells stories with passion, Starley is a name you won't forget. We caught up with Starley ahead of the release of One of One. She told us how she's stayed creative in lockdown, why fitness is her outlet and what's next for live music.

Tell us about the new album One of One?

My new album is a mixture of a sorts. A mixture of genres. And I'm super excited about it. It's a bit of a chapter of my life. In an album, I guess. So yeah, I mean, hard question to answer.

I guess it's a chapter of my life that I'm really excited to just share with with the world. And I tell a lot of stories about things that I have been through or relationships I've been through. That's it. 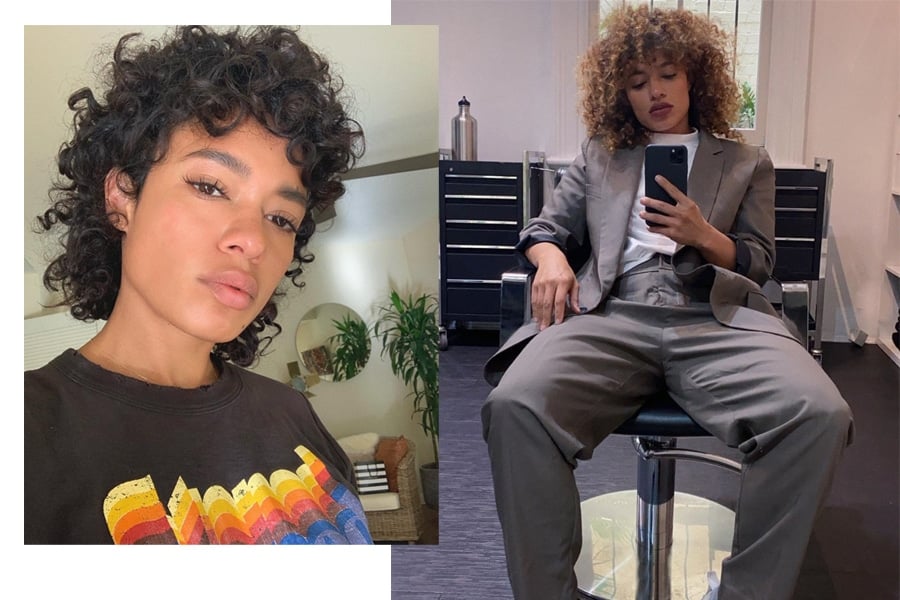 You say that you're telling a lot of stories about your life, is that what inspired this project? Is this where you draw inspiration from?

I think my music is very introspective in general. And so when I go through something, I usually go into my room and just go into my own little world and write it out through music. That's kind of like a cathartic thing that I do. So yes, I guess that's how I kind of share my feelings out into the world and get things off my chest.

Has social-distancing posed any challenges for you in the making of this album? What have you had to innovate?

I'd say some things in the beginning. I had to kind of work around things and film a couple of home videos myself of live performances and things. But in general, it's kind of actually helped me stay really focused and get a lot of things done. And Sydney is a little bit luckier, we can still work together.

I shot a film clip just recently, we all stayed 1.5 meters away from each other most of the time. Everyone wore masks and, and we had COVID tests and things like that beforehand. So I guess in general, we just had to work around it. But I think I got everything done, regardless. 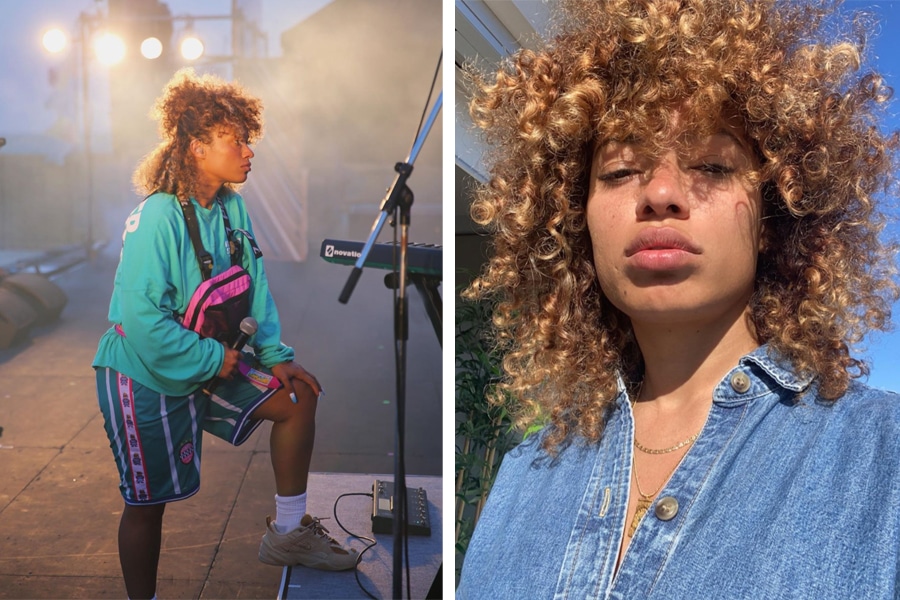 What's your creative process like? When you're writing and recording how do you create?

Things start with a little notebook that I write my ideas in. So, whenever I'm out and about, I'll have that notebook, or I'll just put things into my phone or have some ideas or concept ideas. Sometimes it's directly when something's just happened to me, or it'll be just in the gym, and I'll be reflecting on something when I'm on the treadmill. And I'll think, 'oh, yeah, that's how I want to say this'. And so I'll just quickly write it into my phone and keep for later, and then when I get into a writing situation, where I'm immersed  in my own office space or I'm at a studio, I'll just bring out all those ideas. And then basically match what I have placed on chord sequences to my ideas and sort of let the emotion meet the sound.

What's the one thing you wish more people knew about you?

That I'm super goofy. I'm a dork. And I think that sometimes people just think that I'm really cool or whatever. But I definitely am a bit nerdy and an introvert almost, even though I come across as really bubbly and I'm very talkative. And if I go somewhere, I can talk to everyone and talk to strangers all the time. Like, I do that all the time, but I'm very introverted and all in my head about things all the time. 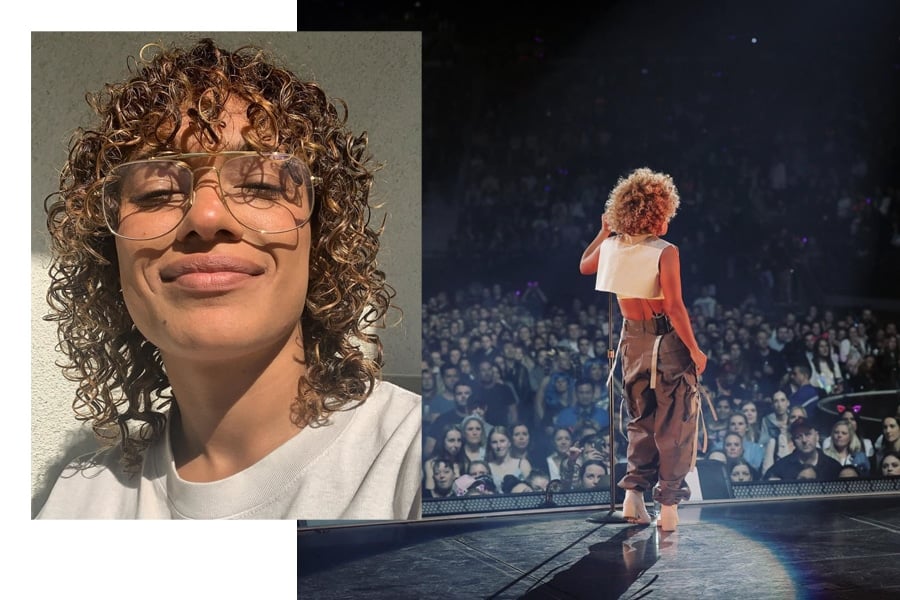 This time has been really challenging with lockdown, quarantine and isolation. How have you stayed creative during this time?

Well, I think the lucky thing for me was I had almost finished my album when COVID hit, and so was mainly for me at that point was to finish the productions and make sure that I've organised all my people and, and finish all these records one by one. So I had like an immediate project to just get done. So that definitely helped me stay creative.

In the beginning, I went through a bit of a depressed state, because I couldn't go back to America. And my partner was over there and so I had a bit of a little bit of a down moment. And I kind of worked through that by just going outdoors and doing fitness stuff like I'd do the stairs in the morning and Surry Hills and I try to go to the beach and like run on the sand, things like that. And I guess the fitness and getting my body and mind right helped me then just get into the zone that was finishing my project. 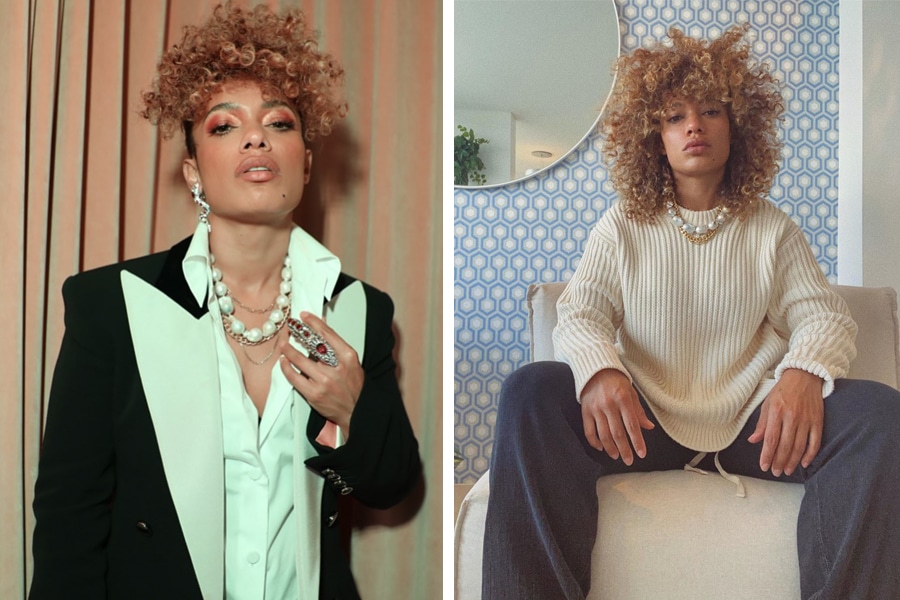 The landscape of live music has changed. What do you think the future looks like for live music?

Well, I mean, I think most of us don't really know exactly, but we kind of have to just play it by ear and do and take one step at a time. And I think for my album, what I'm going to do is do a lot of live streaming and do live stream shows. That's probably where I'm going to start. I'm probably going to be free at first and then we'll see what happens and see if maybe I'll charge a small amount to for people to to watch them online or whatever I do, and I'll probably try and do them in different settings. So they're exciting and different each time. But yeah, I guess that's kind of where my head's at.

We're all kind of just playing it by ear and we're hoping that things will get back to normal. Hopefully, you know, sometime next year, you know if it's if it's possible.

But I did see on on some website, I saw something in England where they kind of had a festival. And everyone had their own little booths. And they were distanced from each other. And I thought that was super cool. And it was outdoors. So it was pretty safe. I mean, if things like that could happen, that'd be really exciting.

I love small gigs. I mean, some of my favourite things are acoustic performances. I love those. So if that's possible, that would make me really happy. 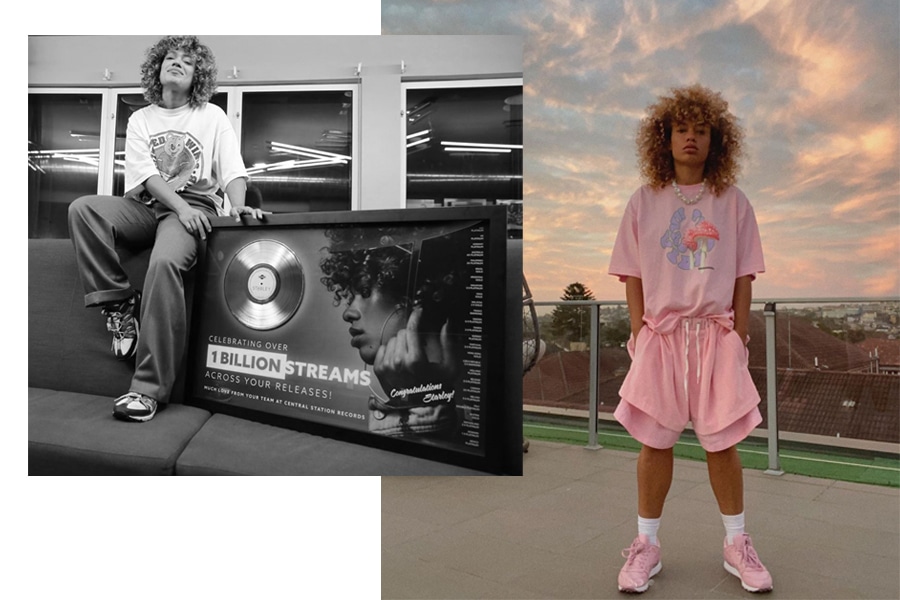 So, what's next for you?

Well, I guess some while putting out my album and then out I'll start performing it, putting it online and things like that. And then I'll go straight back into writing and making more music because I guess, in this climate, that's all I can do. And so I'll definitely just go back into writing another project, which will probably be an EP, and it will probably come out quite soon after the album. So I just want to keep it flowing now. Because now that I've got my first baby off my chest, because it was like a baby to me. And I held on to it for so long. So now that I've got that off my chest, I'm just gonna go straight back. You just keep putting out more like that.

Starley's debut album One of One is out September 25.

We’ll love you as long as you’ll let us. 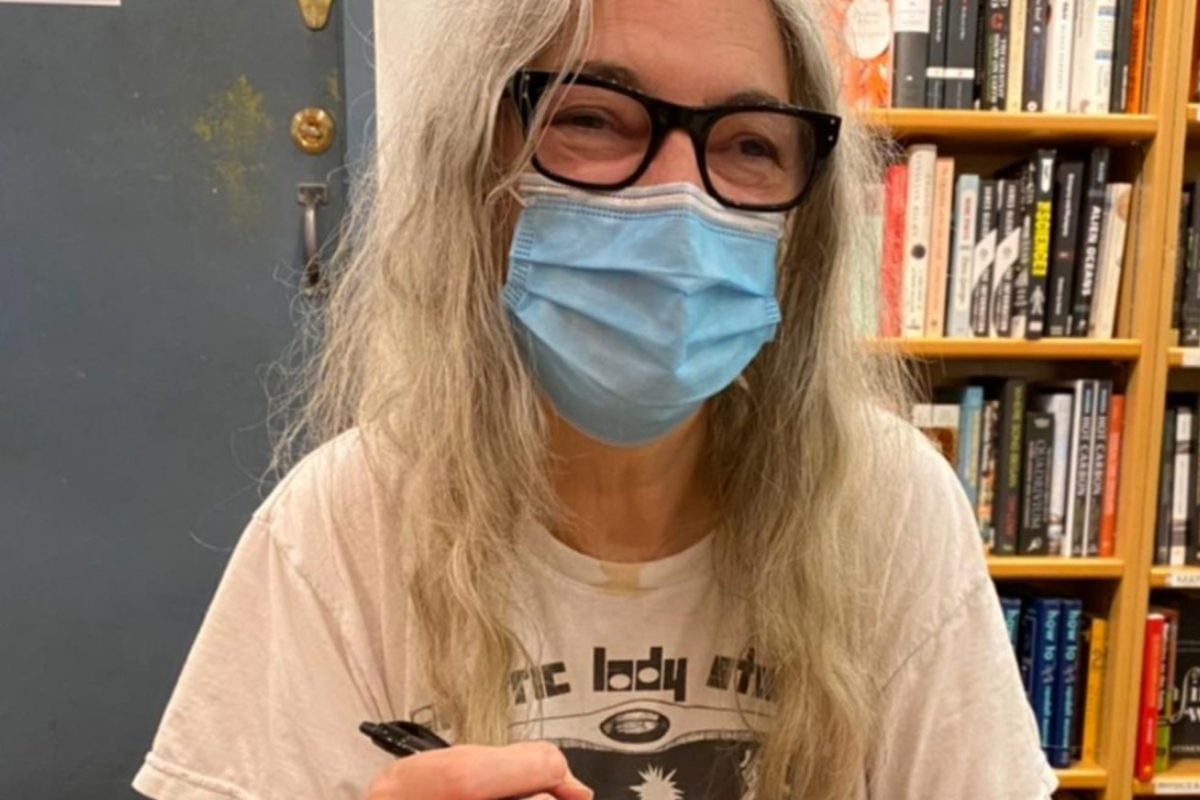 Our most beloved punk angel, Patti Smith is launching a newsletter. Ready your wallets!