Sloan Peterson is afraid of rejection. Which she finds odd, considering the path the singer-songwriter has chosen. She tells me so over the conversational hero of our time: Zoom, as we discuss the release of her new single Nightmare.

Energetically, despite my hushed 'office interview' voice and pixelated video, Peterson is all there. Her sense of self-possession presents itself clearly and consciously with her forthcoming energy, one that people, especially men, have previously taken for granted.

"There are times I've felt quite submissive or be made to feel like I don’t have the skills to do something, so if I'm in the studio with someone who is a really well-known producer, I will kind of back down", She tells me when I ask about where Nightmare is rooted. An exploration of the patriarchy, relationships, and saying no in the form of a direct, mid-tempo electronic pop story.

Here, we discuss Peterson's nightmares, dreams, and notes to self. 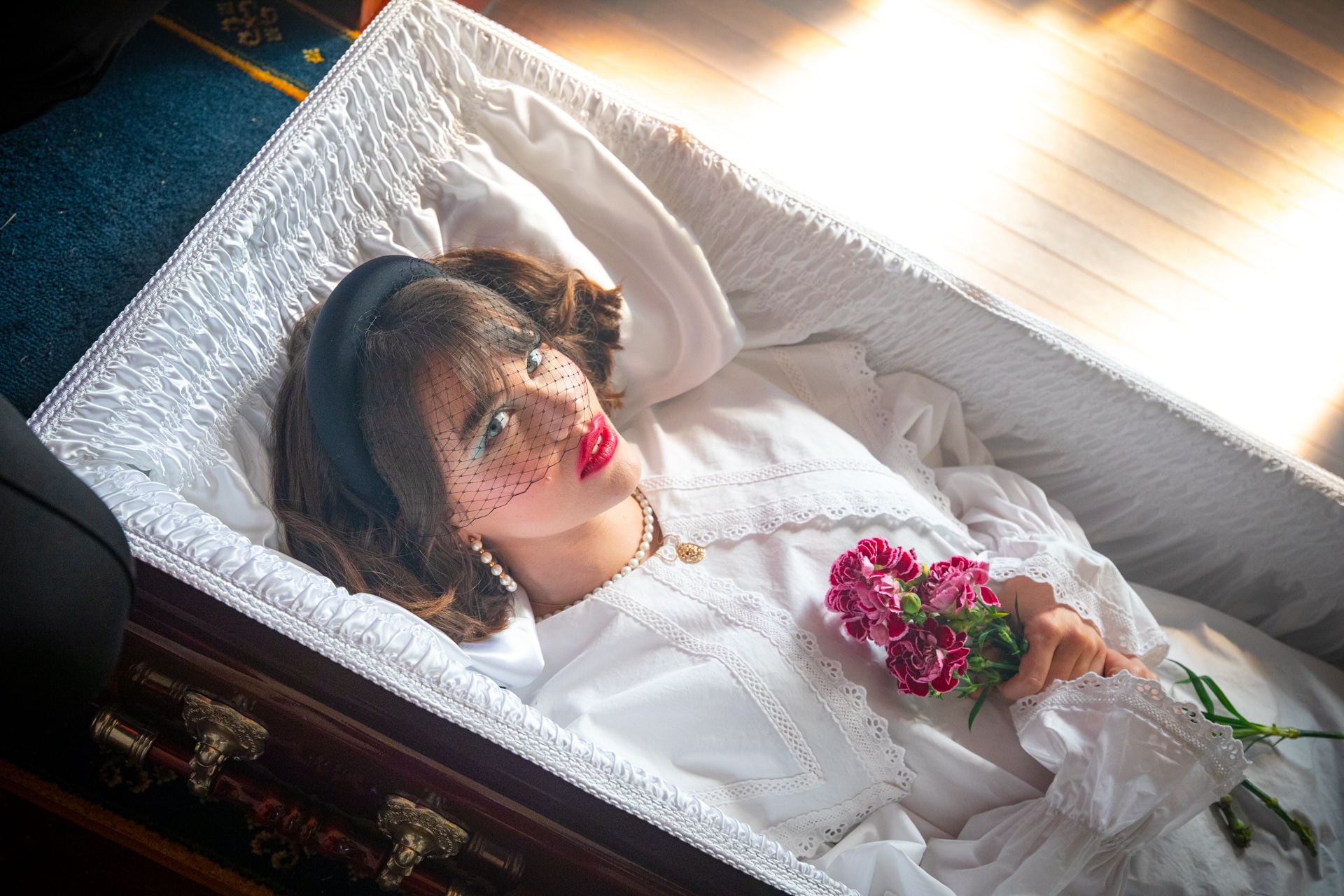 What did Nightmare mean to you?

It was a bit of an exaggeration of life. I work with a lot of men. And I've been in a long-term relationship for a long time.

It was kind of my turnaround song of like, I can be a nightmare at times. And that sometimes, especially when I'm in a circumstance with men where I'm deemed bossy or controlling or something like that I take it on pretty personally. I wanted to turn it around by being like, well, am I actually a nightmare? Or am I an independent, strong woman who knows what she wants?

Is being called bossy and controlling a common thing you deal with in your work?

I do work a lot in the studio with a lot of men, and I've been doing this since I was 17. So, I'm only now coming into a position where I feel like I have more of an authority to say how I want things to go. There are times I've felt quite submissive or be made to feel like I don’t have the skills to do something, so if I'm in the studio with someone who is a really well-known producer, I will kind of back down. But now I've gotten to a point where I can say ‘actually, it's my song, and I actually like it this way, and I know that you know how to make this work. But can you hear me out here?’ I've just gotten to a point where I've grown up a little bit more, and I feel more in my own right.

Does your songwriting often come from a place of a personal reflection?

Yeah, I think you kind of have to. I exaggerate a lot. But I think a lot of song writing does come from the basis of truth. And if it's not a personal truth, it might be a story that I heard from someone else, or something else that will give me inspiration.

What do you hope that people take away from Nightmare?

When they watch the video clip I hope they feel empowered in the sense of being able to say no when they want to. It feels like the word ‘no’ is something I learned this year. When they listen to the song, I want people to have fun. To me, I had such a fun time writing it and recording it and choosing all the tones and being in the studio. This was just my fun song. I loved singing it and you just feel a bit bad ass singing it. I wanted people just to enjoy a fun song to sing along to. 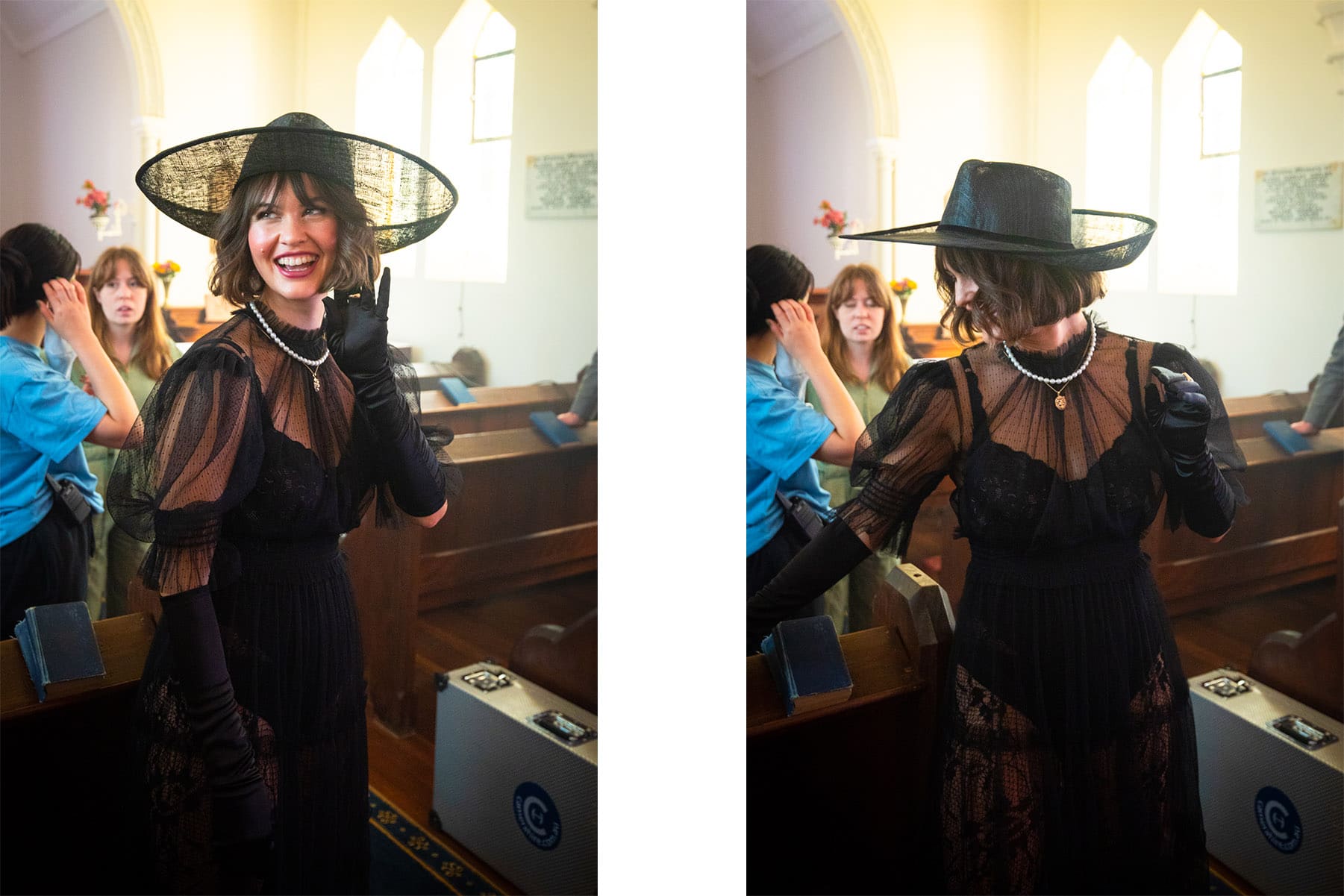 It feels like a fun take on issues that are a little bit uncomfortable, particularly for women to talk about. Like saying no and unwarranted gestures. Are statements on feminism and the way culture intersects with that important for you when writing and conceptualising?

Definitely. But there's another side of it too. I go through two minds, I love the idea of being a strong minded, empowered woman, but I'm still learning to sometimes, and I write songs like I'm telling myself as well. Sometimes the journey that I'm taking is just as much for me as it is for an audience.

I wondered if you have nightmares in real life.

Oh, always. I mean we had some other ideas for the video clip as well of exploring, like, you know, people's nightmares as well. You know, your teeth falling out, or like falling down, and then you wake up just as you almost die. I haven't had a proper nightmare for a bit, but my nightmares are generally about rejection, which is the most real of them all. 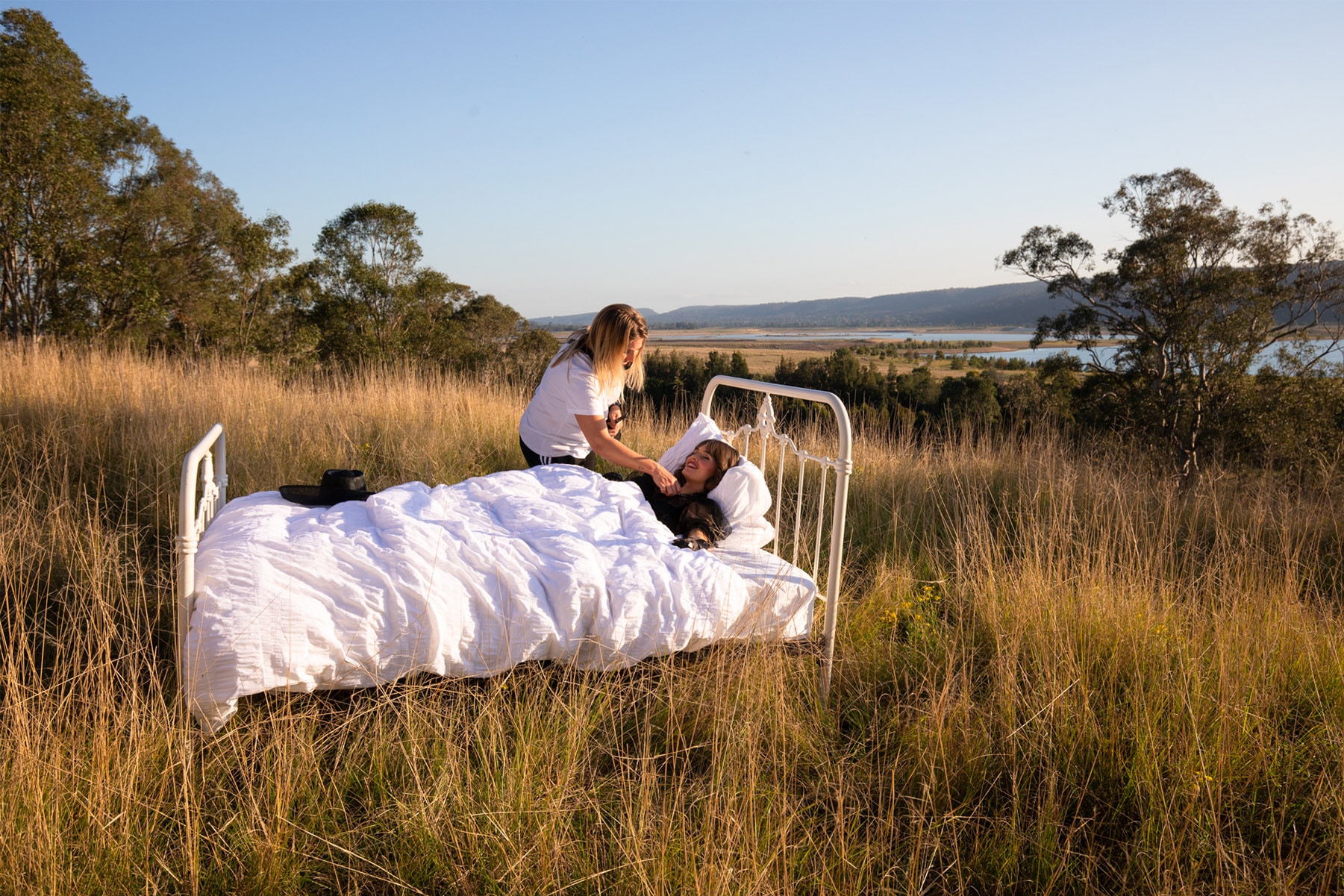 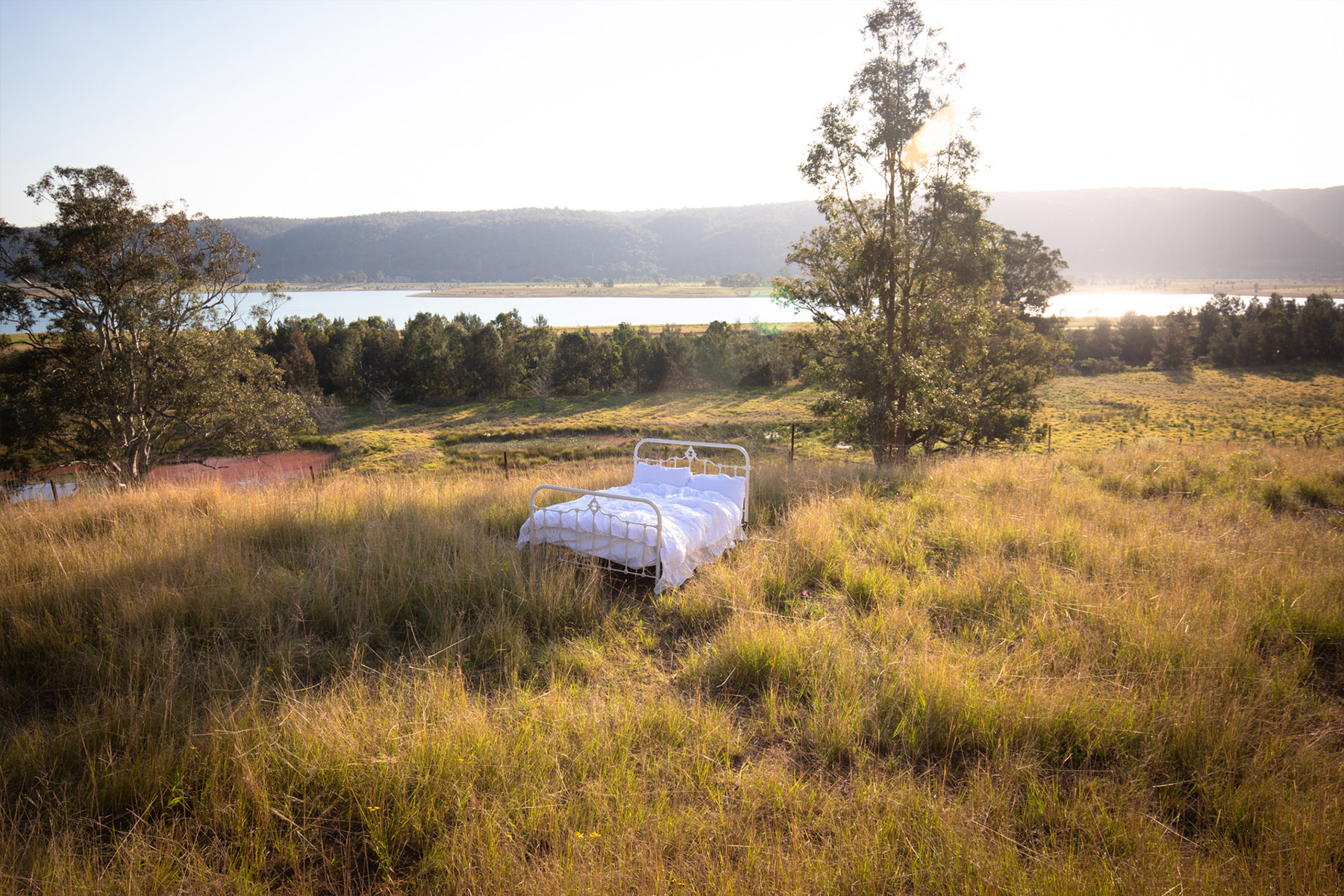 Most of this stuff I wrote when I was in Bali, usually by myself. I would just sit down and journal every morning. I would wake up, make my morning coffee and write three pages of just word vomit, everything. Then, I'll look back and think about what I've written about the last couple of weeks. And if there's something that's been weighing on me over that week I’ll write a couple of lines of something about that. Other times, I'll be walking, I love walking. When I was writing this EP, I basically hadn't listened to pop music before. I only really listened exclusively to 60s 70s music. So I made a massive playlist of all the pop songs that I liked, that had the chords, and they've been changing the melodies and the lyrics that I liked the sounds and what I wanted to sound like. So, for a whole year, I just went for walks every day. And I listened to that music.

What's your relationship like with the pop tag? Is it something you resonate with?

Yeah. I’m getting into a point where I just like good music. If it’s a good song with a good structure with a good hook, you'll get me. When I made that playlist on pop music, it was just a compilation of all songs that I personally probably wouldn't have usually put on. But now I've made this playlist and I loved it. So now I have a new respect for pop music. I'm very happy to grow into this new genre.

Who were your first musical loves?

The Beatles. Like, exclusively. I still remember like the first time I heard the Beatles, I had one of those old iPods. I gave it to a friend, and she put a bunch of music on it. And I remember walking into the school yard and I put it on shuffle, it came up with ‘all you need is love’ I just listened to it on repeat.

When do you feel most courageous?

Probably on stage. That's a really big thing for me. When you're up there, you're so vulnerable. And I mean, for these upcoming shows, I'm not playing guitar. So, I have to figure out what to do with my hands. 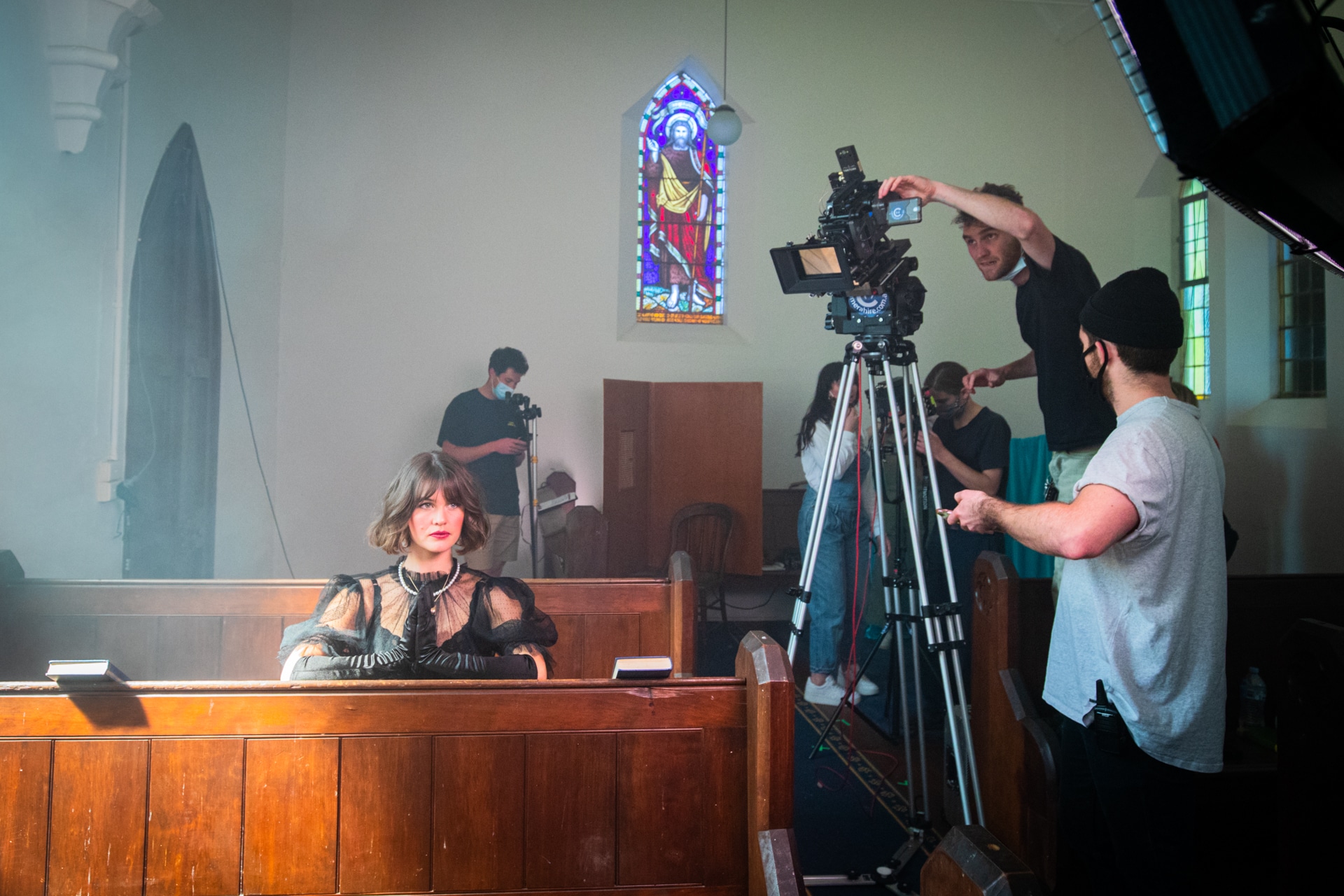 What do you dream about?

I dream about the ocean a lot. I always have these visuals of these big oak trees and living in between this house that's in this amazing location that's quite secluded. That’s quite a reoccurring dream to me, just this home in the woods.

What are you afraid of?

Rejection. It’s really scary to me. Like in any sense. When it comes to even my music, which is interesting that I've chosen a profession where you're constantly putting yourself out there. Maybe that's why it's such a fearful thing for me, because it keeps me going, that idea of not belonging. Sometimes music gives a sense that I will belong. If I'm writing music and doing something creative. I will always have a place. For me something about not belonging is scary.

Does writing music make you feel at home?

Yeah, I think it's something that makes me feel like I'm accepted by people. Sometimes it’s so hard to feel that way. I think acceptance probably keeps a fire under me. 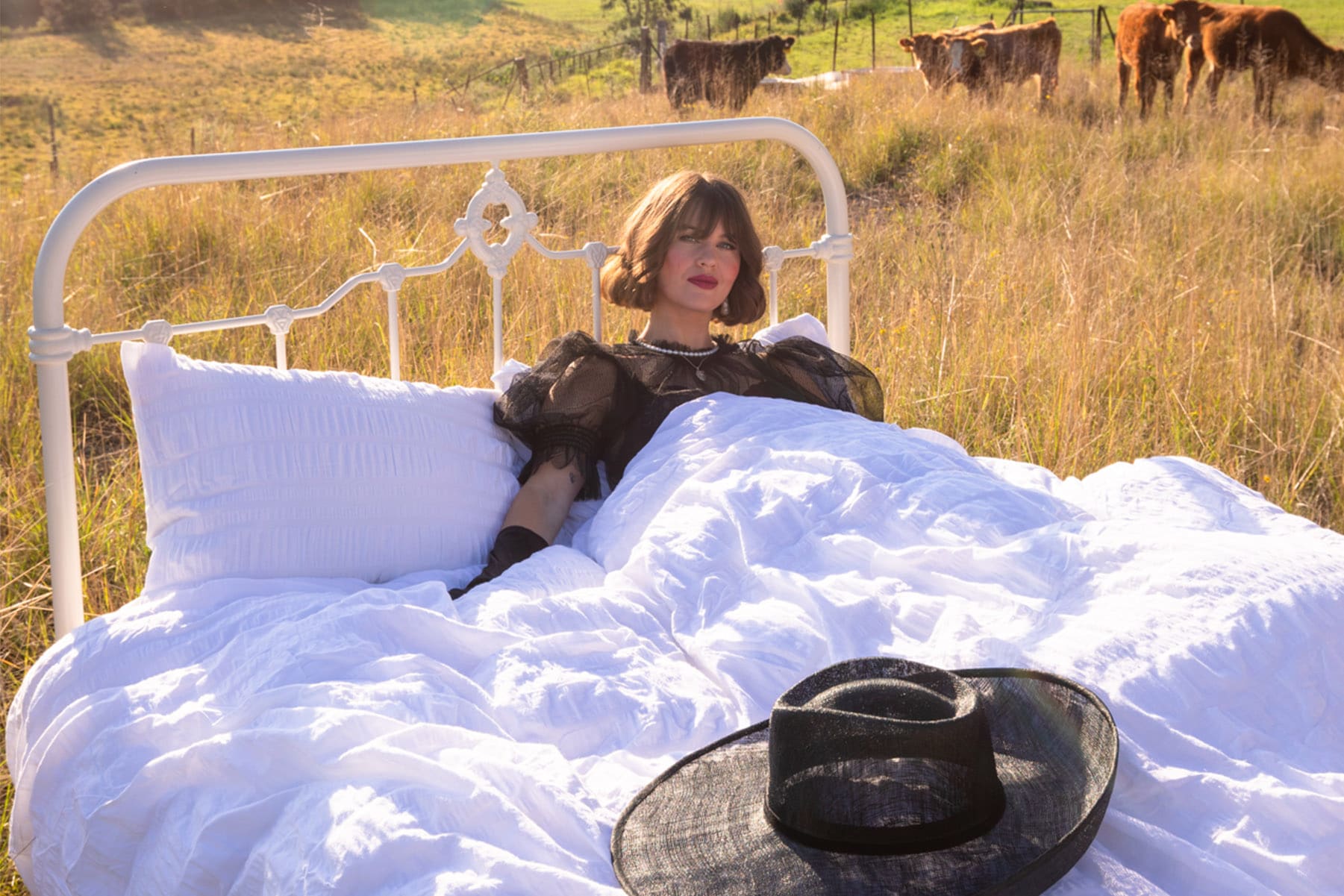 PREVIOUS
What is happening with the protests in Nigeria, and how you can help
NEXT
Timothée Chalamet wants to make sure his vote counts