Anarchy is Rick Owens' middle name. A sentiment so true, we could accept it as fact at this point. In Owens' world, however, anarchic stands alone from its immoral synonyms. Referencing his catholic schooling upbringing, a stark, concrete space gave way to models carrying Thuribles, a kind of dry ice/incense dispenser hybrid. Electronica was switched out for the soundtrack of Gustav Mahler’s Symphony No. 5, and show notes paid homage to the ongoing war in Ukraine, reading: “During times of heartbreak, beauty can be one of the ways to maintain faith.”

In a sense, that was all that was needed to understand where Owens' heart was while showing this collection, and instead of storming onto the runway in his signature platforms to the heavy beat of electronica, models glided through the space which was reportedly filled with the scent of his new candle collaboration with Aesop. It was a different interpretation of Art Deco than, say, Vaccarello's take at Saint Laurent – as to be expected. Instead, bone coloured long wool coats accompanied a full offering of architectural evening gowns with exaggerated shoulders and sequin embellishments fit for any red carpet.

Bias cut, floor length skirts hinted to traditional glamour while padded collars and structured, thigh high boots gave the collection Owens' signature, off-beat touch. The traditional, monochromatic colour scheme of the 30s was switched out for champagne, rich navy, apricot, rust, and in a combination that would be difficult not to recognise as a conscious choice, blue and yellow. 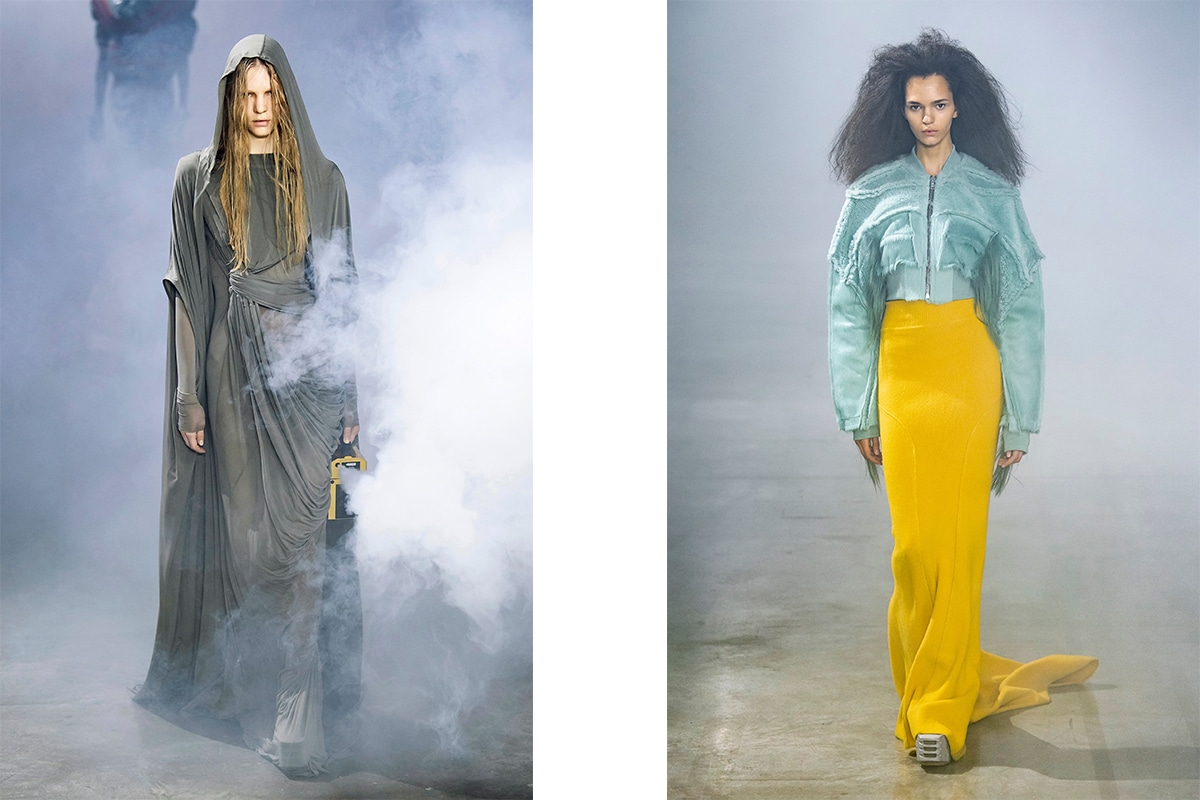 In a season that has been relentlessly beating the pantsuit drum, you won't see Owens march to the beat for Fall 2022. Instead, outerwear came by way of strong, understated coats, floor length capes, and puffer jackets with sleeves extending to the ground.

His efforts this season felt renewed, somehow. Solemn beauty replaced the usual mood of revolt, and during a time where the relationship between fashion and culture is fraying before us, it couldn't feel more fitting.

Watch the Rick Owens Fall 2022 ready to wear show, below.