There's no denying our fervent love for vintage furniture. Particularly, when it falls into the magical realm of mid-century creation. True innovators and avant-garde in every sense, the designers of the 20th century set out to establish a style that would represent modern times and the needs of modern consumers. What they created resulted in so much more; with many mid-century furniture designers and brands still influencing interior trends almost a century on.

But what exactly defines mid-century furniture? In a post-war era, designers were looking to international waters to help inspire and influence their creations. There was also a generalised push towards modernist principles; creating furniture with clean and pared-back lines, honest construction and sculptural forms. With new technologies, materials and retail methods available, there was an opportunity to create furniture that was both comfortable and abstract – two characteristics that have defined mid-century furniture for decades.

Here, we take you through some of the most prolific mid-century designers and the creations that wrote their names into the history books. 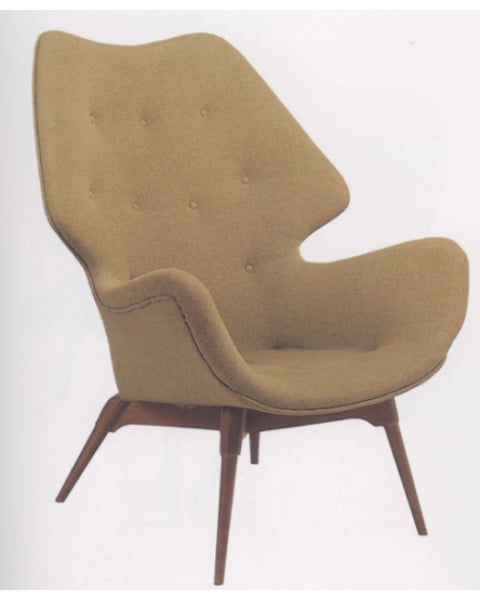 Beginning this impressive list with a local household name. Australian furniture designer Grant Featherston was a self-taught glass and furniture designer who became a creative collaborator with his wife Mary. He first emerged into the mid-century furniture scene in 1947, with The Relaxation Series; but it was his instantly recognisable Contour Series in the early 1950s that really cemented his place. The now-iconic collection originated when Featherston dreamt of making a chair that would be an inversion of the human body; creating the concept of ‘contour comfort’. During his time, he went on to create more than 25 chairs and settees that were each categorised based on function. In addition to his famed Contour Series, Featherston is also known for his Stem and Obo chair; as well as the Numero series which responded to the demand for more adaptable and flexible furniture. 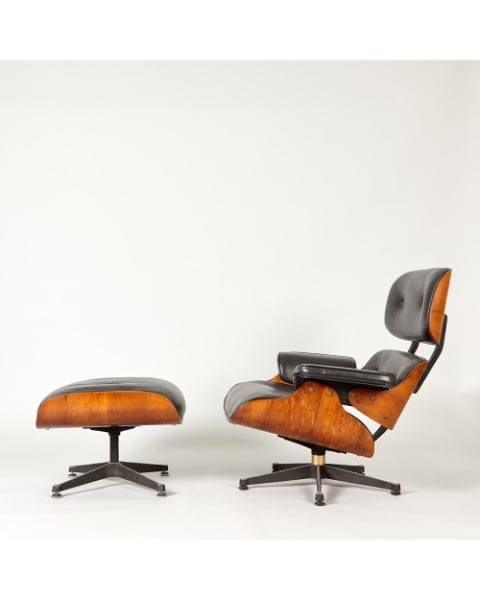 It's impossible to speak about the most notable mid-century furniture brands and designers without mentioning Charles and Ray Eames. The Eames are renowned for their groundbreaking contributions to architecture, furniture design, industrial design and manufacturing. The husband-and-wife pair identified the need for affordable, yet high-quality furniture for the average consumer; tailoring their pieces to meet a variety of needs. Their chairs, which we still see in homes today, were designed in four main materials; moulded plywood, fibreglass-reinforced with plastic, bent and welded wire mesh and cast aluminium. With functionality at the heart, Ray Eames said; “What works is better than what looks good.” 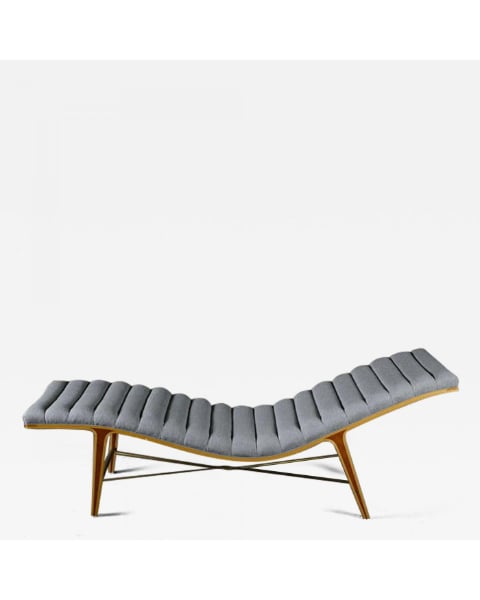 American designer Edward Wormley's take on mid-century furniture has been described as having an understated warmth and timeless quality. His first break in the industry was when he was hired by manufacturer DUNBAR to update the brand's product line. From here, Wormley became known for creating, approachable and mainstream designs that incorporated both European and Scandinavian details. 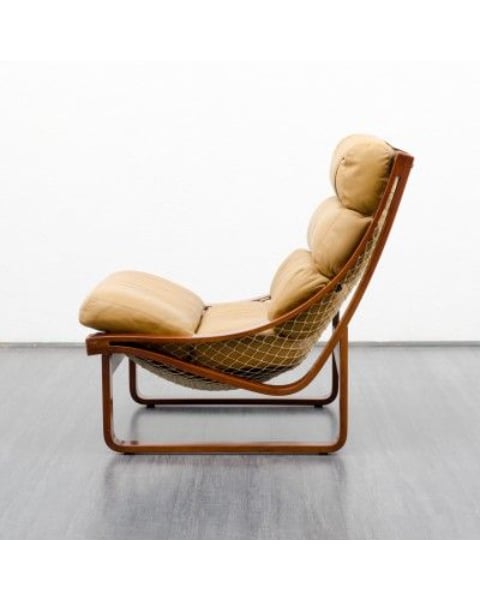 Fred Lowen had humble beginnings in the realm of interiors and furniture; initially starting out creating hand-turned wooden salad bowls, trays and lazy Susans with Ernest Rodeck under the name of Fler. The pair then branched out and begun designing furniture that was heavily influenced by modernism. Continuing under the name Fler, Lowen and Rodeck created furniture that had a hand-crafted feel and Scandinavian style; which meant it was accessible. Later, Lowen went into business with his brother, launching the furniture company we now know as Tessa. You can still shop Fred Lowen Heritage Pieces there today. 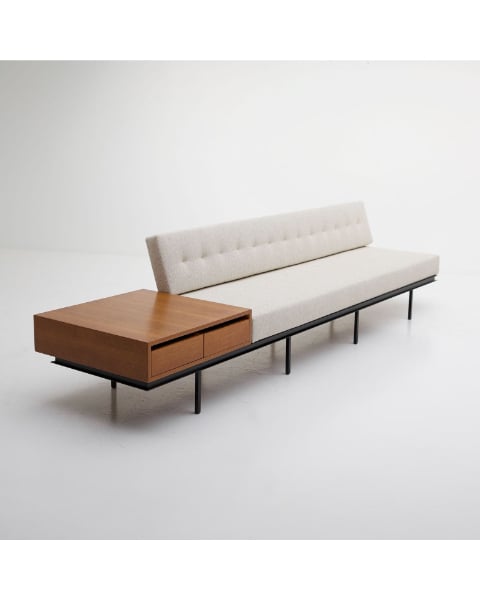 Florence Knoll has stood the test of time as one of the most notable mid-century furniture brands and designers because she was part of a generation of creatives who were influenced by both social democratic events. During a time when resources were scarce, Knoll made a name for herself by doing more with less; discovering creative solutions where necessary. She believed strongly in "total design" architecture, manufacturing, interior design, furniture, textiles; meaning that her approach took into consideration all aspects of designing a room, not just the furniture. Her unmistakable quilted sofas and occasional chairs can be spotted in homes today. 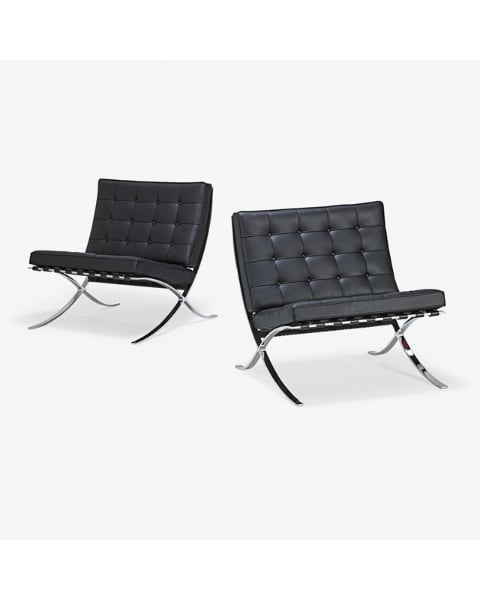 As you may have come to realise, architects tend to make exceptional furniture designers and you can add German-born Ludwig Mies van der Rohe to that list too. Later moving to Chicago, he continued his work as an architect – designing and creature structures such as the famous Farnsworth House – while simultaneously branching into furniture design. A proud modernist with a less is more approach, one of his most revered creations was the Barcelona Chair; a perfect marriage between steel and leather. 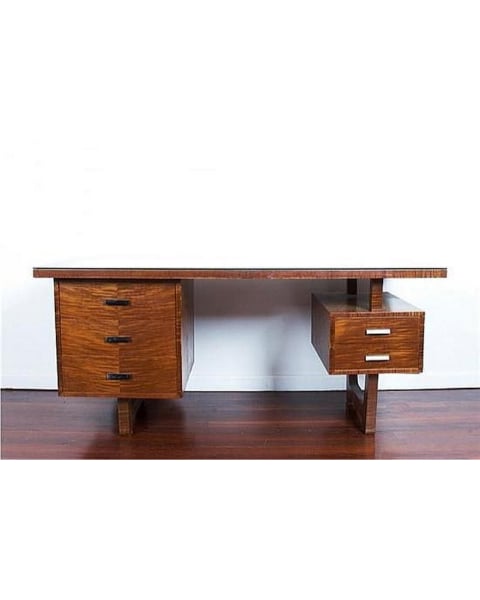 When designer Paul Kafka immigrated to Australia in 1939, he brought with him years of design experience from his years as an interior designer and furniture store owner. Not long after he settled, Kafka had soon started his custom-made furniture business; furnishing many post-war homes in Sydney. One of the many reasons why Kafka quickly became one of the most well-known mid-century furniture brands is because his approach to craftsmanship and design was contrastingly different from what was on offer at the time. Several of his clients were also European migrants, and he was devoted to upholding the same standard of furniture they had been accustomed to. 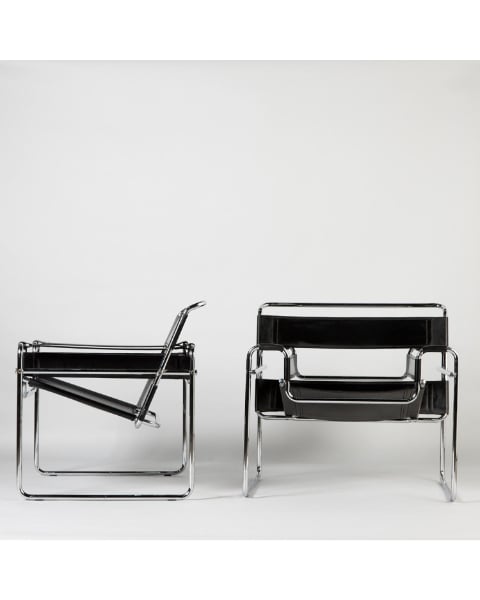 Another man known for his chairs, Marcel Breuer's claim to fame was his iconic Wassily Chair. One of the reasons why this creation of his became so revered was due to its stripped-back nature. Breuer had taken what was commonly known as a 'club chair' and deconstructed it to its most basic elements and parts. This marriage between art and industry was a common theme throughout all his work. His Wassily chair is so highly regarded as a cornerstone of mid-century furniture that it received two awards from the Museum of Modern art in 1968 and in 1982. 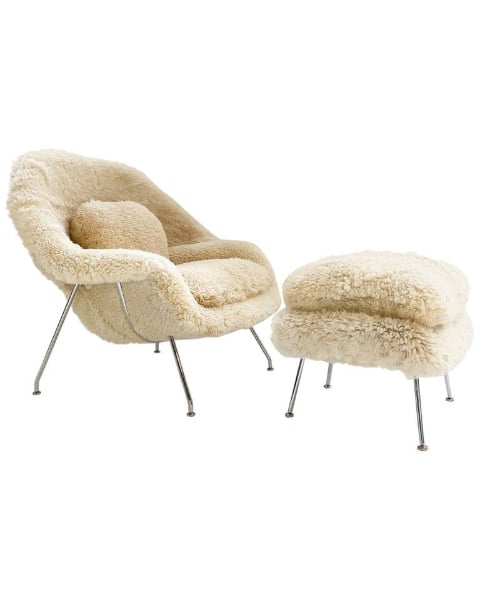 It seems that the best mid-century furniture designers happen to run in the same circles. Or at least, that was the case with Eero Saarinen and Charles Eames who happen to have been good friends. But there's no doubt that Saarinen was as equally successful and recognisable in his own right. In 1946, he set out on a mission to design a chair that was meant to be comfortable and sculpted from a single material – but he ended up with so much more. Originally titled, No.70 and later, the Womb, the moulded fibreglass chair with upholstered padding offered a shape that was both unique in its form, but also function; allowing the user to cocoon themselves into the shape of the chair. He is also widely known for his revolutionary tulip table and chairs collection.

PREVIOUS
What is salary sacrificing and should you consider it?
NEXT
So, you want to understand feng shui? Here's a step-by-step guide