No one ever told me I’d have to be thin to succeed, yet it remains a silent truth I can’t ignore.

There wasn’t a single novel, film or band I consumed growing up that had a plus-sized female lead. Society has often shown the ideal woman as thin.

We see thin women on the news, in fashion shows, on red carpets. In advertisements. We want to be like her.

To be attractive to men, to get that job, to wear those clothes, to be cast as a leading lady in any context, we need to look a certain way to be considered.

I often hear beer-bellied men complimenting older women for keeping themselves “in shape”. They are society’s patriarchal police.

I don’t want to live in a world where my body has to be congratulated. To all the women who have spent their lives striving to keep up with society’s unrealistic expectations, I see you.

To thin women, I see you too. We get the body we’re given.

I’m a passionate consumer of stories. When I was younger, stories of love, beauty and happiness were all around me – in films, books, music, photographs and magazines.

They set expectations of what was to come.

When it was time for my life to be my own, it became apparent that love, beauty and happiness weren’t going to be there as I’d imagined them to be. I think we all reach that moment.

It was 2010 when I was scouted by a woman who came into the café I worked. She said I was “the perfect size” to be a model. I was fifteen and without many of the body features I have now.

No big boobs, no wide hips, no stretch marks, no armpit fat, no cellulite. In that moment, she excited and frightened me. She made me feel as though I could be a model – just as long as my size didn’t change.

I modelled for a year or so, but back then I didn’t enjoy it. Instead of feeling beautiful like I do now, I felt under pressure to remain thin. I felt scared that at any moment my unpredictable adolescent body would change on me and ruin my dreams.

The role of a model in fashion is vital. What are clothes without a body to wear them? Throughout my lifetime, the chosen bodies for fashion have been thin. The fashion world creates and controls cultural understandings of beauty that we subscribe to almost subconsciously. 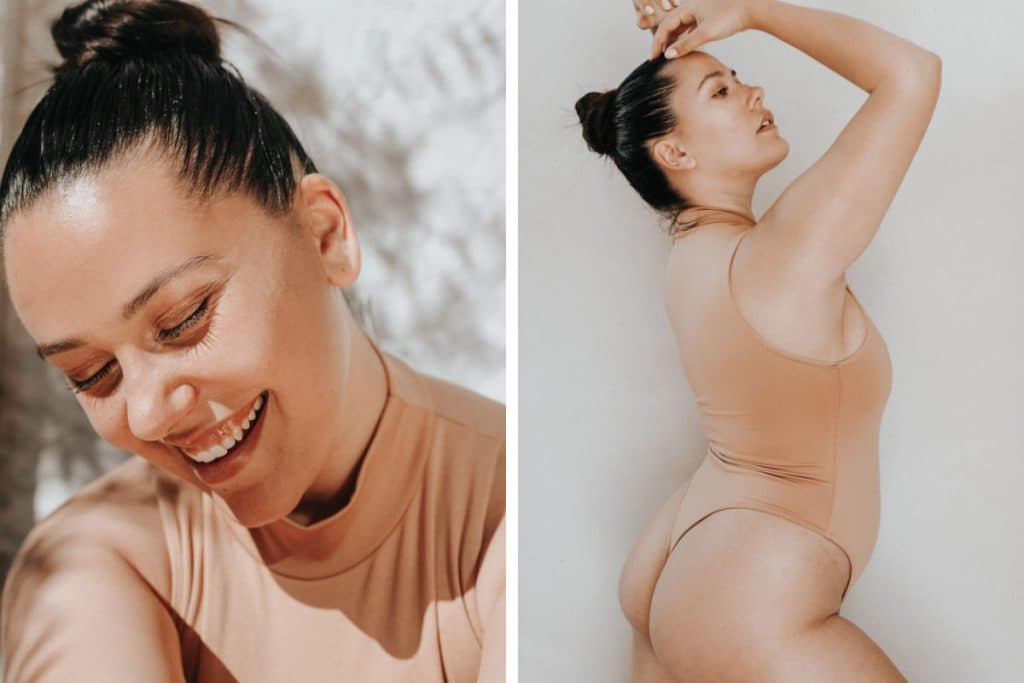 When we’re bombarded with images of clothes worn by thin women, we associate thinness with beauty.

There was this one moment in fashion history, that has always stuck with me. It was the finale of Alexander McQueen’s 2001 Spring/Summer show VOSS.

The final scene shows a nude, plus-sized female model. Her face obscured by a gas mask covered by live moths. It was inspired by photographer Joel-Peter Wilkin's Sanitarium.

“These beautiful models were walking around in the room, and then suddenly this woman who wouldn’t be considered beautiful was revealed,” McQueen said. “It was about trying to trap something that wasn’t conventionally beautiful to show that beauty comes from within.”

The model, Michelle Olley, was described by critics as “shocking”, “portly”, “fat”, “monstrous” and an abundance of other unseemly adjectives.

I’m sure she knew they wouldn’t approve, yet there she lay, fearless and still, as McQueen’s representation of fashion’s greatest fear, staring right back at them.

“I am what most of them fear – fat,” she wrote in her journals.

I decided to get back into modelling this year, 2020, exactly ten years after I was first scouted.

Here I am now, three dress sizes bigger and newly signed to a major modelling agency.

It requires confidence to believe in your own beauty, especially when it isn’t reflected in your environment.

Luckily, I don’t rely on others for my confidence. I think that’s partly why I’m attracted to modelling.

I have an innate confidence and I’m not really sure where it comes from. I was the kind of kid who put their hand up for primary school choir solos even when their teacher was far from encouraging.

As I witnessed my body transform from a girl into a woman, not only were there apparent physical differences, but also differences in the way I was spoken to, looked at, touched. I liked it. For me it felt natural.

I’d always feared this transformation would be the end of something, but now I believe it is the start of something new.

I believe in a future that celebrates the way fabric hugs each silhouette uniquely. I believe in the beauty of soft skin rolls, of curves, of fat.

Beauty defies your waistline, bra size, height or hair colour. You’ve been given a body and it is yours.

You can dress it in things you love, nourish it with foods that make you feel good and carry it in whichever way you choose.

I would love to live in a world where we don’t feel the need to apologise for being previously unaccounted for.

By existing and speaking up we can create new standards of beauty, that don’t limit us to one body type.

We all deserve to be represented, in life and in fashion.

PREVIOUS
What to watch: the best TV shows while you're socially distancing
NEXT
Young hearts, run free – Get to know our model muse Crystal Russell