When asked what the one thing was that she wished the public knew about her, Jessica Mauboy paused. "I wish people knew that I’m deeply experimental," she said. With a career in music spanning more than 15 years, longevity has often taken priority at the cost of innovation. "I feel like there’s this perception of me being a ‘yes person,'" she continued. But things are different now. After signing to new label, Warner Music Australia and with the release of her latest single Glow, Jessica has found her steel and is learning to wield it, the best way she knows how — through her music.

Glow, Mauboy's new single, when distilled is a homage to disco. It's a reminder that when we step into the future — the unknown — we call upon our roots to give us strength and guide us. For Jess this means drawing on memories of her mum dancing in the kitchen to the euphoric music of Donna Summer, Diana Ross and Cher.

"For me it was mind blowing. Every time my mum would play something, I’d just be like I love that it does that," Mauboy said. "It’s so nice to have these little bits of feeling of throwback. It is nostalgic. It’s something we kind of forget to do because nowadays we’re always ready for the next best thing. It’s nice to be influenced by people you grew up listening to."

With the help of George Maple and Cosmo's Midnight, Jessica Mauboy taps into this unexplored, deeply authentic version of her music, free from the inevitable push and pull from outside voices. From the outset the idea was to ditch the usual process of music making and go back to basics. Of course, this soon became essential with the pandemic and so, Glow came together at Mauboy's dining room table in the middle of lockdown, an experience Jessica remembers as "meditational in a way, but also active".

What we're left with is a liberating anthem of self-love, injected with the confidence of ballroom culture, that so heavily leant on the legacy of Black disco icons. 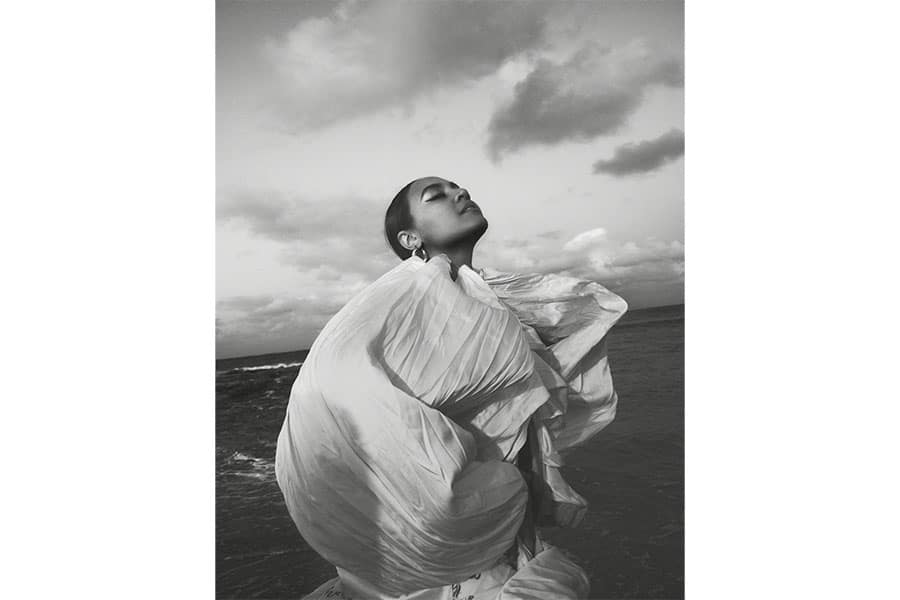 It's this general air that mirrors Jessica's own approach to music making. After emerging into the public domain via Australian Idol at the tender age of sixteen, Mauboy admits that she was somewhat naive about what it would take to become a musician. "When I first came into the industry it was hard core. I didn’t really think of it much as a business," she said. "It’s actually much more complex than just being able to get up and sing... and you do have to compromise unfortunately."

"But I think that the more that I’ve grown and gotten older, I’m less worried about what people think and more concerned with how it makes me feel. Not that I don’t care. But I think at some point in your life you realise what that’s doing to yourself."

Over the course of Jessica's career, namely with her last album Hilda — titled after a name she shares with her grandmother — and now Glow, what underlies each success is a strong sense of community. "For fifteen years I put music first before everything. But I was able to do that because of my family. I think having strong ties and a wonderful, beautiful connection with my parents, my siblings, my partner, that always encouraged me to keep moving and keep going. I leant on that a lot," she says.

But for now Jessica is sticking with music, much to our collective relief.

"I feel like I’m in the prime time of my career where I know my shit."

"I feel like I’m in the prime time of my career where I know my shit. I know it now. I understand how it works. It has taken some time and it has taken some bravery and courage. But that’s the whole point. For most it takes longer. And for others sometimes it just doesn’t happen. I feel very lucky and I feel very grateful. I totally have worked my butt off for it — and I’m still doing it."

"And I’m still so in love. I think that’s the greatest part about it all. There were moments when I was telling myself ‘maybe I’m good, maybe I’ve done my bit’. But music has done so much that it just never leaves me."

"And I’m still so in love. I think that’s the greatest part about it all. There were moments when I was telling myself ‘maybe I’m good, maybe I’ve done my bit’. But music has done so much that it just never leaves me."

For an artist already doing so much it feels slightly foolish to ask what's next. But yes, new music is on the horizon. And this time around Jessica has made a promise to herself to "not be too secretive and precious about" it. "I want people to be able to listen to it there and then and be able to connect and engage in the way they need too," she explained. "It’s been a fun process being able to let go of things that I would have been so precious about three or five years ago."

Until that point comes, it's time to slip under a disco ball, dim the lights and just glow.

You can listen to Glow immediately, or alternatively why not surround yourself with the complete experience and watch the music video to Glow, below.

PREVIOUS
Odessa Young and Josh O'Connor are delivering the romance film we've been dying for, 'Mothering Sunday'
NEXT
Meet the winners of the 2021 National Indigenous Music Awards

Sweet dreams, am I right?

Find all of the details here.