The Great Malefic. Devourer of Infants. Disciplinary. Cosmic Taskmaster. Tax Collector. Big Daddy. Jewel of the Night. It takes approximately 29.5 years to loop the sun and return to the exact position it occupied in our solar system the day you were born. And apparently it doesn’t roll up after all those years empty handed. It arrives with a juggernaut of baggage – yours. The return of Saturn is one comeback tour you might want to brace yourself for.

If you’ve ever peered through an astro-telescope on a school excursion or a Hollywood-scripted first date, you might have seen it ornamenting the night sky, its resplendent rings circumventing a perfectly spherical ember bleeding a warm glow into the cool darkness. Stunning and still. Elegant and regal. The perfect simpatico of light and matter; a visual equilibrium. Harmless, it seems. But the truth can rarely be seen from a safe distance.

In actual fact, if you were to jettison yourself from the comfort of Earth’s cosy atmosphere and land directly into the stream of Saturn’s rings, what you would find isn’t the placid lake of light as seen from afar but full-throttle violence. Movement so rapid it could tear through time. A treacherous landscape of jagged ice chunks constantly crashing into each other like giant galactic dodgem cars. As the pieces collide they shatter, scattering like marbles, or they adhere on point of contact, sticking to each other like spitballs. Paradoxically, it’s the constant deformation of this chaotic rally of particles that maintains the perfect, unwavering cohesion of the rings and the brilliant disc-like spectacle we see from Earth, by continually exposing shiny new faces of ice to reflect the sunlight. This is the nature of Saturn: clarity and order born of violence and chaos. A ceaseless tango between creation and destruction.

"The Saturn Return phenomenon, which according to astrologers occurs over a two-year period somewhere between 28 and 31, represents an undeniable shift in consciousness."

It occurs for most of us as we approach 30: that inevitable stage when life suddenly decides to rear up, forcing you to grab hold of the reins and take responsibility for your choices. It’s a period of metamorphosis that can be (and almost always is) confronting, challenging, and highly flammable. But like anything that stings, even just a little, the potential to evolve, gather strength, and reach new levels of understanding is as immense as you’re willing to make it.

“Sometimes Saturn will test us, and when he does, we may feel we are being asked to carry too much, and that we simply can’t do it – it’s too much of a burden – until we do,” says Susan Miller, published author, creator of Astrologyzone.com and the woman behind RUSSH’s The Year Ahead. “Think of your Saturn Return as a rite of passage. During this time, you will walk over the threshold into a completely new phase of life where you will have much to learn and many adjustments to make. In the process you will be changed forever.”

There’s a scene in the 1986 cult film Labyrinth (David Bowie as the goblin king in ill-fitting tights – you know the one) where Jennifer Connelly stumbles upon a junkyard that leads to an exact replica of her old bedroom. For a brief moment she’s elated. “It’s my room!” she cries. “All of my old things!” She’s home. She’s finally woken from a twisted dream and arrived back into the safe enclave of reality. But her relief is fleeting. She slowly begins to realise something is amiss. There is an eerie strangeness to it all. An unsettling sense of the surreal, the sinister, that scratches at the edges of the seemingly safe and familiar scene. Then something twigs: “It’s all just junk!” In this realisation, the illusion explodes. Literally.

"Saturn Return is somewhat like entering the labyrinth of the self and confronting the illusory constructs of your own creation."

As one of the most prolific philosophers and physicists of our time, David Bohm, wrote: “Man’s essential illness today is a sense of being alien to a world he himself created but does not understand.”

My Labyrinth moment came in the latter part of 2010. I was fast approaching 30 and, on paper, life was taking shape exactly as I had always hoped. I could check off just about all of the modern markers of a ‘successful’ life: solid relationship, dream beachside pad, burgeoning career, interesting and diverse circle of friends. I could officially pop the cork and raise a glass to a picturesque life that would have done my teenage-self proud (aside from never having married Eddie Vedder).

But then, slowly, the threads of this seemingly perfect existence began to fray.

"The universe began pitching me curve balls: a sudden ebb in my flow of work, ominous tremors in my relationship, even a slew of seemingly random financial glitches."

And humming away in the background of it all was an unshakable niggle of growing dissatisfaction.

What I only came to realise in hindsight was that the ‘universe’ was simply showing me by way of some obtuse interpretive dance what I already knew subconsciously: that I no longer identified with the life I had created, the life I could finally be proud of. I had become a spectator. Like watching a film I’d written, produced and directed sometime long ago: it all looked familiar but emotionally it felt foreign. A kind of numbness had settled over me, like the slow dulling effect of a barbiturate. My sense of self was beginning to atrophy. I had ceased to feel enlivened and engaged in the world. I had ceased to feel. And finally, on the weekend of my 30th birthday, something inside me shattered. An internal cosmic collision that shook me violently awake and ordered me to hit ‘detonate’. I didn’t know it at the time but by taking a calamitous turn life was pushing me to open my eyes and shift direction.

Miller, who experienced her own string of life-altering events during her Saturn Return, including a dramatic career change and the birth of her first child, says that the lessons thrown at you during this time depend largely on your choices in the years leading up to that moment. “Saturn is in some ways karmic,” she says. “So some people need to turn over a new leaf at this time, for they will realise their habits or patterns are leading them down a very wrong path … Saturn can act as a wake-up call.”

In the months following my 30th birthday I ended my relationship, moved out of my apartment and bought an open-ended ticket overseas. For someone who has always shied away from roller-coasters, I was doing my very best to make my life resemble one. Apparently, this kind of extreme upheaval is not uncommon during the phase of Saturn Return.

Stefanie Weiss, co-author of Surviving Saturn’s Return: Overcoming the Most Tumultuous Time of Your Life, says that Saturn’s seismic impact can result in breakups, divorces, marriages, births, abandoning long-term careers to pursue more meaningful paths, and relocating to a new state or country. “Big Daddy Saturn asks you to confront what’s holding you back, your fears, insecurities and wounds, so that you can be the person that you came into the world to be,” she says.

Primarily it’s a test, so preparation is key. “It is much easier to cope with a Saturn Return when you’re expecting it. If you know that when you hit the latter part of your 20s everything is likely to change, when the transformations begin, you aren’t shocked,” Weiss says.

“Because that’s the gift of the Saturn Return – no matter how dark or difficult it seems, it’s an opportunity to let go of what’s holding you back.”

“A Saturn Return is like a big pimple,” says my friend Vicki who began hers with the breakup of a long-term relationship and ended it with starting a new business. Met with my blank expression she elaborates. “You think it comes out of nowhere but in actual fact the things that go wrong are symptoms of something wrong on the inside, and you will create the situation that mirrors the internal dysfunctional wrongness. Just like a pimple, you can spend as much money as you like disinfecting it topically but it won’t really work. You must get to the root.”

The major theme of this phase in a person’s life seems to be accountability – being forced to confront one of life’s meatiest questions: am I living authentically? For me, the answer wasn’t clear-cut. In order to gain clarity I had to dismantle the constructs I had built upon certain ideals that I no longer identified with. I had to dive head first down the rabbit hole. It was confronting, emotionally and physically taxing (the brief whiskey-swigging phase particularly), and at times downright violent (torn ligaments as testament). But slowly, as I waded through the shattered shards of my life, I began to gain perspective on the whole.

This is the opportunity that a Saturn Return offers. It blows everything apart in order for you to sort through the debris and reassemble a more fitting model of your world. One that truly reflects the kind of self-knowledge that only comes from being tested, sometimes harshly but always fairly. It asks you to enter the labyrinth and see what you’re made of.

“In short, Saturn makes us grow up and get to the business of living,” says Miller. “But he also imparts wisdom and a patina of maturity that looks very fine on us when we achieve that stage.”

Observing my life in the aftermath of Saturn’s furious collisions, I can see quite clearly the impressions it has made – the impact of those lessons and the imprints that mark those moments. The change is evident everywhere: my relationships, career, and overall perspective. There may be a few more scars, a bit more wear and tear, lines deeper etched, but like a free-floating fragment of ice orbiting the headmaster of the skies, altogether everything feels vastly more … illuminated.

PREVIOUS
Three ways to boost your immunity during self-isolation
NEXT
Healthy at home: the gyms bringing their workouts to your living room 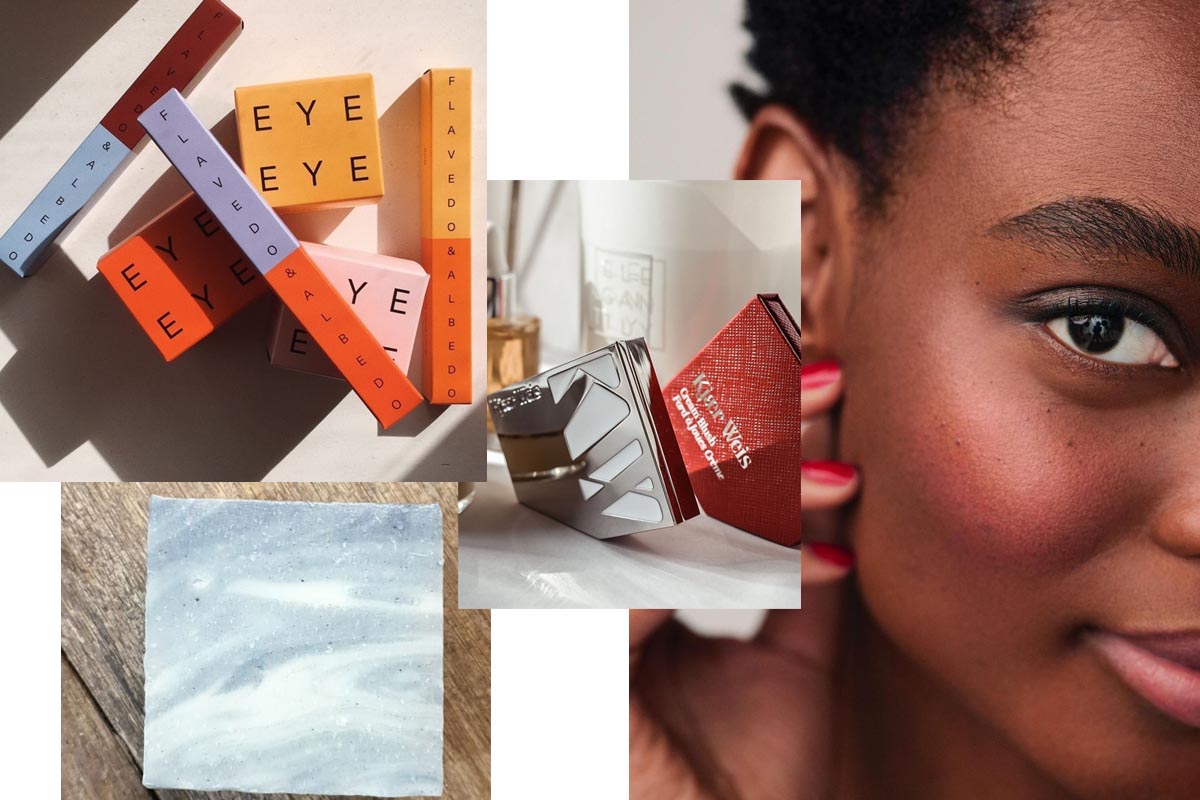 These are the brands making beautiful cosmetics and effective skincare without the use of any plastics in their packagings. 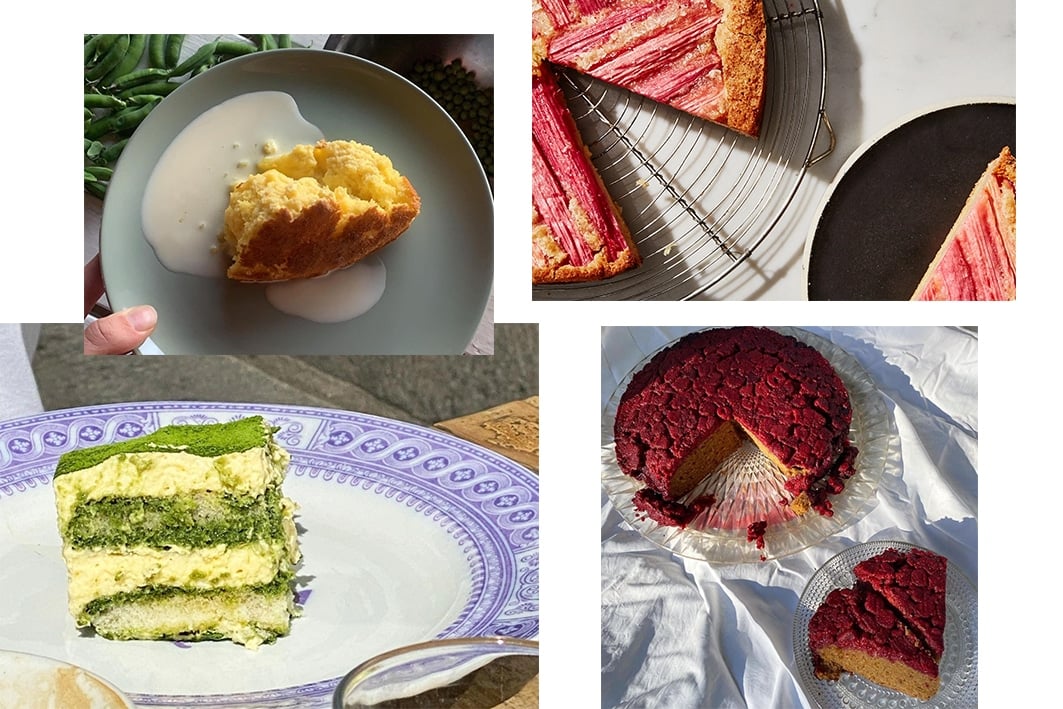 Sometimes we just need the ease of comfort to whisk us away, and what better way to do so with easy baking recipes?