In a lot of ways, 2022 feels like Glenn Martens' year. After unveiling a slam-dunk collection for Jean Paul Gaultier at Spring 2022 Couture Week just as the seminal French designer was enjoying a revival on TikTok with a new generation discovering him, it's less of a right-time-right-place scenario and more Martens' career culminating in the rarest, and most exciting turn of events.

I'm not alone in thinking that it's difficult to find fault with anything Martens touches. The Belgian designer has spent the better part of a decade as creative director at Y/Project, and while it's taken some time to gather speed, under him the streetwear-forward label has become one of the highlights of Paris Fashion Week. Not to mention, we've all adored its covetable collaborations with jelly shoe brand Melissa. 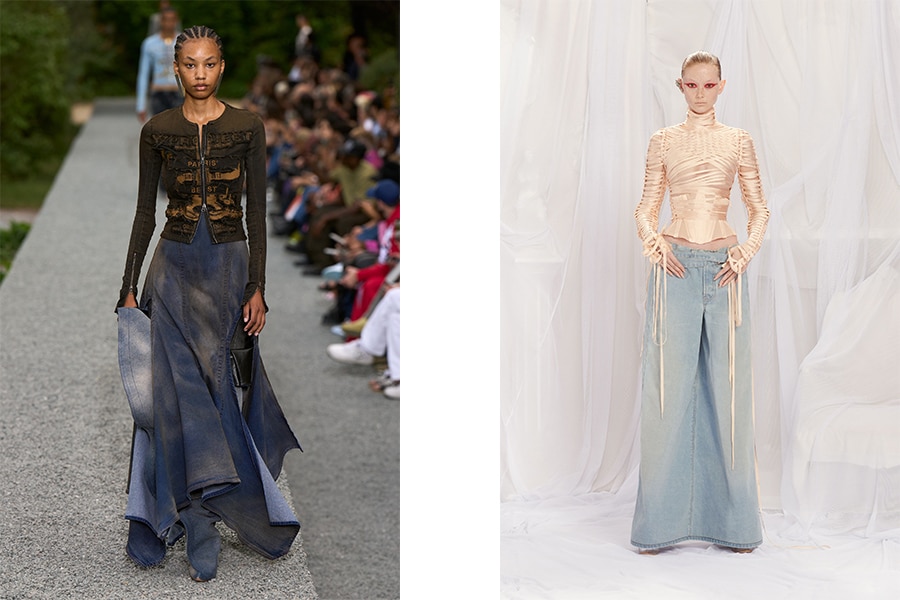 At the end of 2020 in October, Martens also added another creative directorship to his belt, joining Diesel, which had been left leaderless since 2017. His tenure at Y/Project, compounded with his appointment at Diesel and a particularly shareable Couture collection, one look notably featuring a denim skirt and ballet-pink ribboned corset, Martens has become something of a denim devotee.

But not in a boring way. Thank god. As Martens explained following his debut at Diesel, "I didn’t want to just be a nice creative director, making nice things". Sustainability is important to him, especially with his global reach at Diesel. It's for this reason that he introduced The Denim Library capsule, which is predicted to account for more than 40% of sales. Each piece in the capsule comes with a in-pocket QR code that wearers can scan to learn about the denim, which is certified sustainable and is why for instance, its available in a limited range of colours to avoid bleach and unnecessary water wastage. 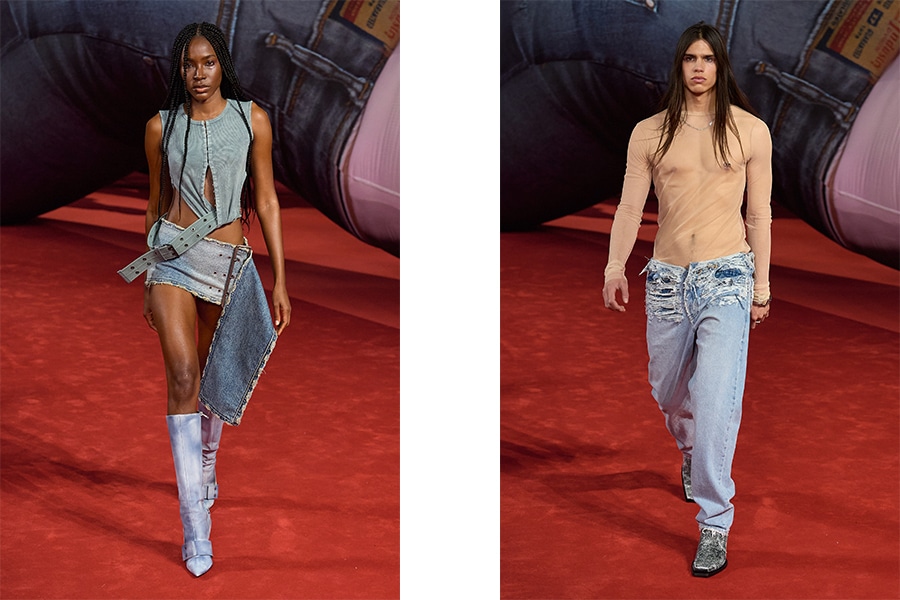 The thing is, with Martens at its helm, Diesel is on the upswing. Rescuing it from being branded a one-hit-wonder relegated to shopping malls, Martens is elevating the prolific label with the thrilling, subversive and undeniably sexy reputation it gained in the 90s, at a time when nostalgia earns you points on the internet. And thanks to his current heightened reputation, it's catching on.

Across Instagram, the freshly minted 1DR bag, designed by Martens himself, has been snapped on everyone from Julia Fox to Megan Thee Stallion to Pamela Anderson to a swathe of influencers, appealing to the avante-basic, the e-girlies, the motomamis and weird girls, gays and theys alike.

Part of the sticking point is in Diesel's accessibility. It's fostering the sort of audience Marc Jacobs found with its Heaven line, affordability meets a willingness to speak to the aesthetics and values appreciated by its Gen Z onlookers. To channel this, Martens tapped into his own experience of Diesel in the 90s, remembering how in high school he would walk into the Diesel store for a catalogue, which to his surprise and delight featured a gay couple kissing on its cover. "That was quite revolutionary for me," he told Vogue. "It really helped me accept and embrace the person I am today.” 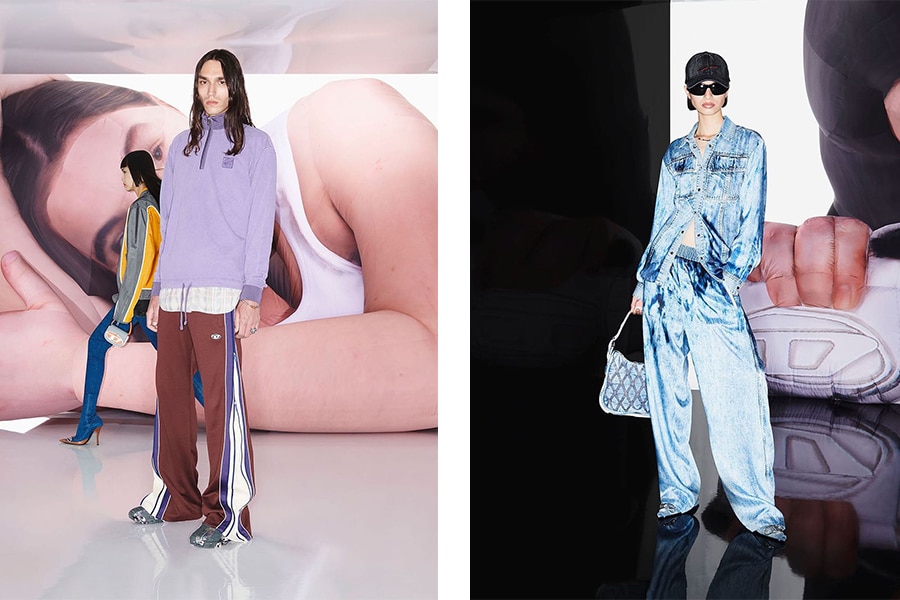 Diesels recent campaigns feature a diverse roster of models, creatives and public figures, leaning into nudity, embracing queerness as it did all those years ago and furthering the brand's relationship to gender and sexuality. On Instagram, Martens has been explicit that the 1DR is genderless, as bags inherently are. And while not a new approach, it's certainly one that's making people sit up and listen.

Diesel is entering a new phase, that much is certain, and with Glenn Martens as its architect, we're eager subscribers.

PREVIOUS
BLINKs and streetwear fans, rejoice! A third BLACKPINK and adidas collaboration is coming
NEXT
Here are all the Afterpay Day sales that are actually worth the hype