Last season, Maria Grazia Chiuri leant into tactility and movement with a collection that fused sportswear and combat gear together as a symbol for female world-domination, so-to-speak. This season, a mere month after its Autumn-Winter show in Paris, the brand took its troupe to Seoul for the Dior women's fall 2022 show, where uniformity was spliced with themes of rebellion.

The set lays down the tone for the show. As lights lift, it's all eyes on the skate ramps situated in the middle of the runway. Before one can speculate too long, a team of skater girls roll out, one by one, gliding over the ramps in emblematic boiler suits. Just moments later, a slew of punk-ish yellow plaid has made its way onto the runway, all pleats and kilts and knitwear. Chiuri once again walks the line she knows best, by reinterpreting key House codes from the archives and giving them new life from a modern female lens. For Fall 2022, this is most evident in the transformation of the emblem found on the jute bags of the Dior family business, reimagined now into a heraldic motif that emblazons numerous pieces. 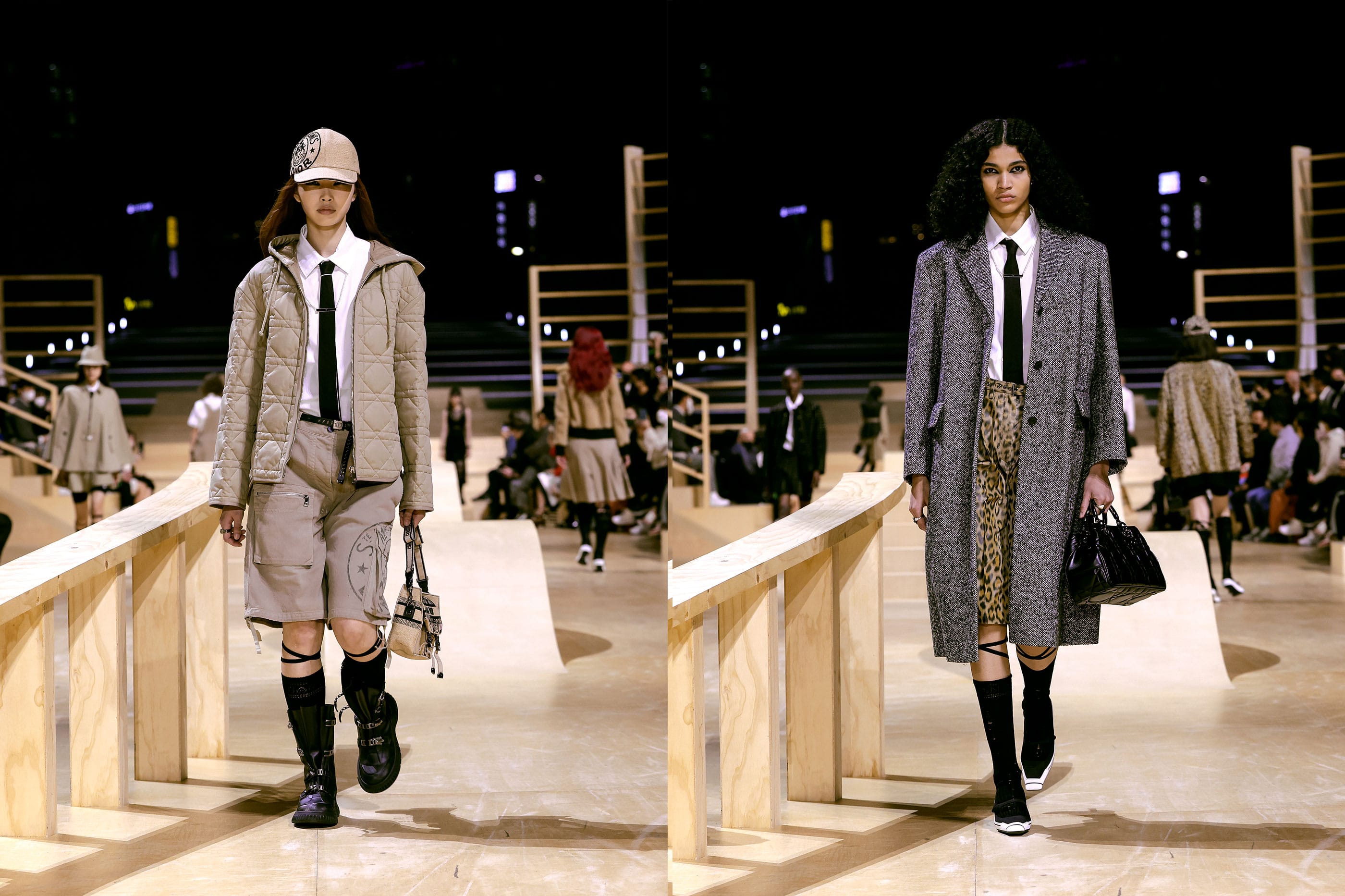 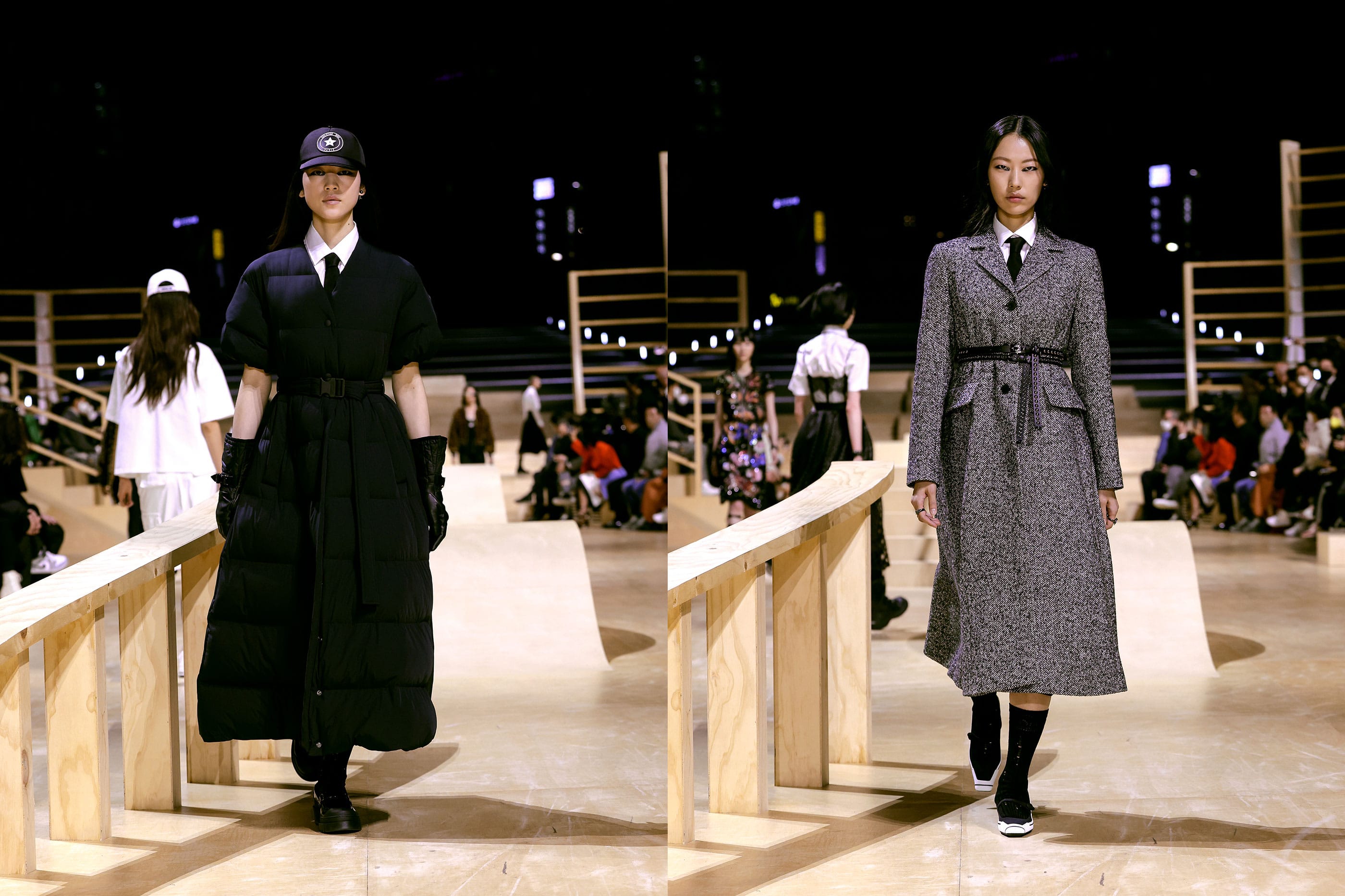 In the new collection, it becomes the symbol of a new sisterhood: that of the House of Dior, with the motto L’union fait la force (strength through unity). Ideas of uniformity come over best in a continual offering of black ties fastened around crisp white collared shirts, which were paired with punky plaid skirts, wool Bermuda shorts, and layered under the Maison's iconic Bar Jacket, which was reimagined in borrowed mens silhouettes and hinted to in ankle-sweeping coats. 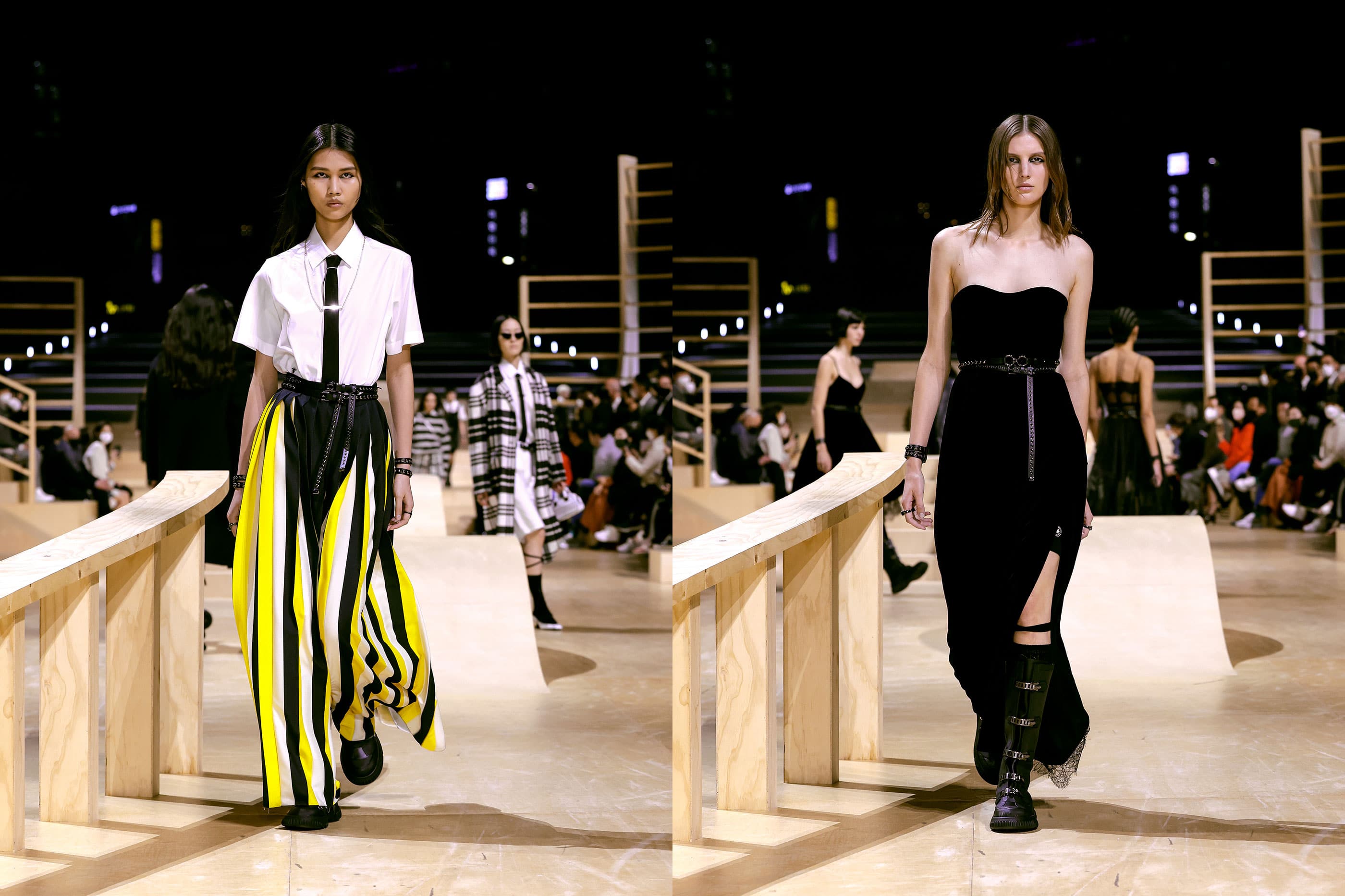 The combat boot has been a house staple for Chiuri's entire reign, and Fall 2022 is no different. Chunky, biker-inspired buckle boots stomp down the runway, knee high socks with lace-up details accompanying boots and kitten heels, which make an occasional appearance. Similarly to the Autumn-Winter collection, Fall plays with reflective fabrications and padding, adding to the sportswear feel alongside woven biker shorts printed with "New Look – 1947" on them. 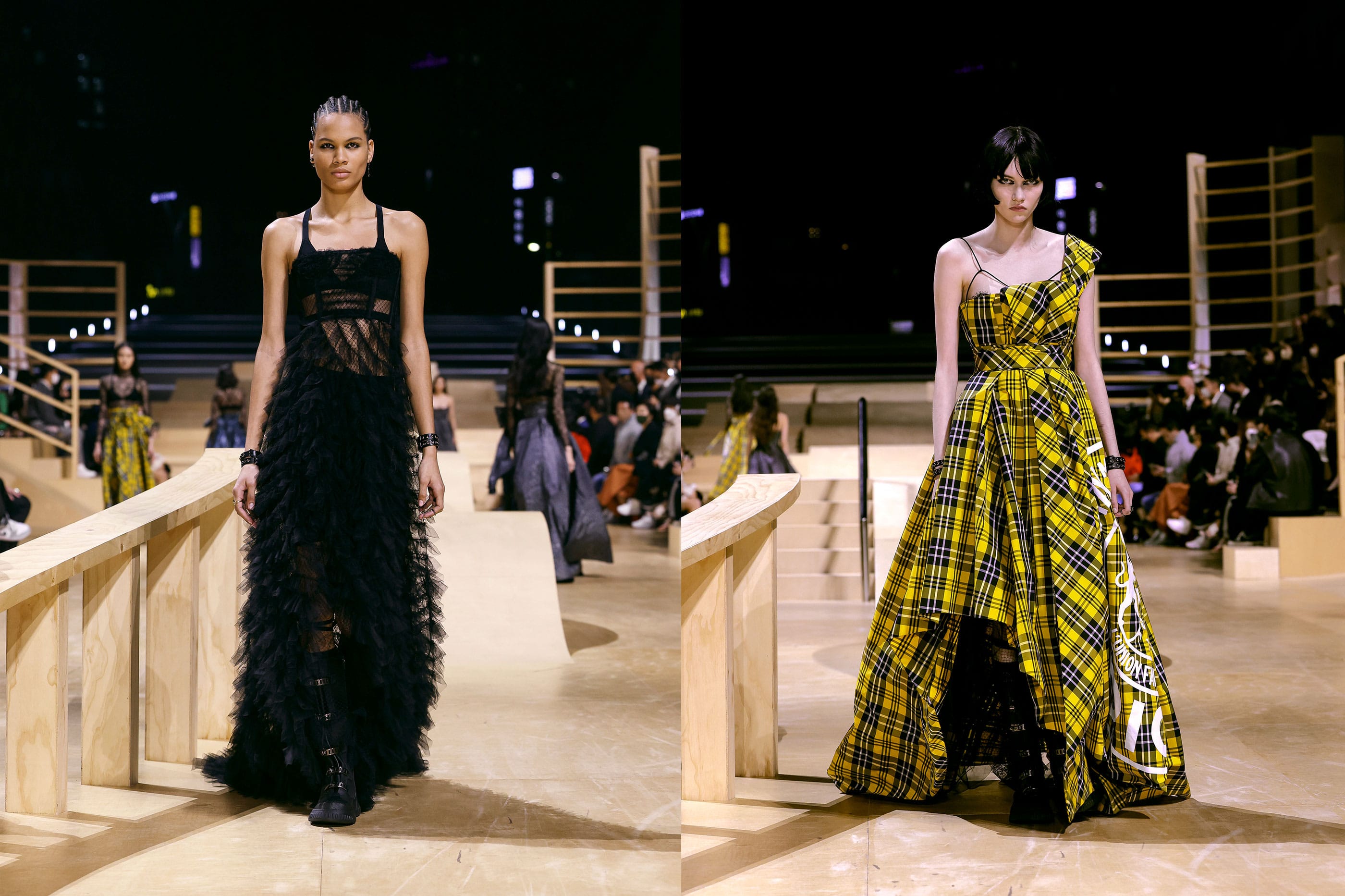 Dior grey features heavily alongside asymmetrical cuts and floral appliqué embroidery. Dior's core identity stands clear alongside Chiuri's ever-evolving vision of what a headstrong modern woman looks like. For Fall 2022, she's decided it's as much of a "skate or die!" attitude as it is classicism.