World renowned for its Alpine slopes, the historically rich and infamous town of St. Moritz has transformed itself into possibly the most exclusive gallery space, playing new host to Damien Hirst's latest exhibition titled Mental Escapology - a 40 piece show showcasing some of the artists most famous and recognisable works.

Dubbed as the "Hirst Takeover" this will mark the artists first public exhibition in Switzerland, allowing art enthusiasts worldwide to gather in the snowy Swiss alps to take a glimpse at some of Hirst's most prominent collections. Curated by Jason Beard and produced by Oscar Humphries and Marco Voena, the entire exhibition will span itself across both indoor and outdoor spaces offering an experiential dialogue between nature and architecture within the context of art and exhibition. 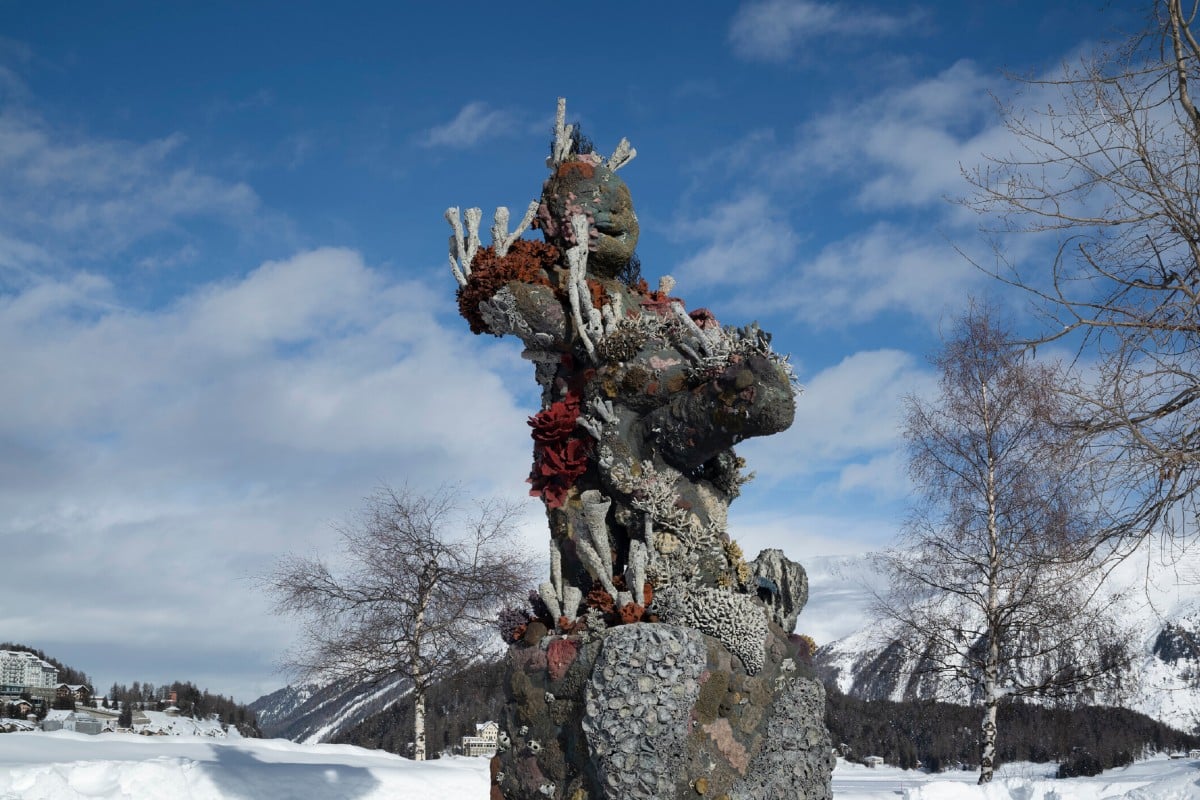 The most exciting and possibly the highlight of the show would be the bigger than life 12ft outdoor sculpture, The Monk, last seen in Hirst's 2017 exhibition titled Treasures from the Wreck of the Unbelievable hosted in Venice. At first seemingly impossible, the sculpture stations itself at the centre of the frozen Lake St. Moritz, which once installed, organically froze over creating new dimensions to Hirst's original work.

Also last seen in Hirst's Treasures from the Wreck of the Unbelievable, the snowy outdoor landscape of St. Moritz also stages another giant piece of sculpture, the large-scale bronze piece titled Two Figures with a Drum installed on the south-western edge of the lake. 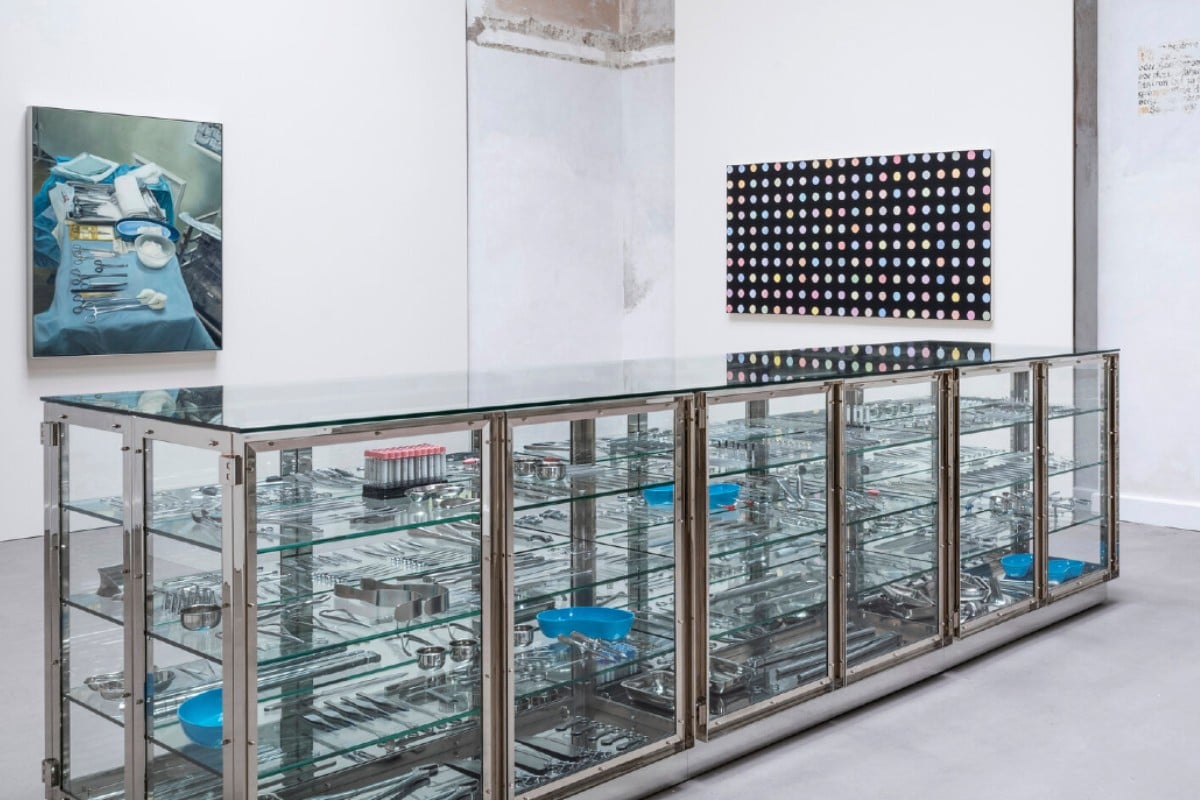 Also in celebration of St. Moritz's architectural history, the show carries on to inside some of the towns most prominent buildings.

Carrying the show into the Neo-gothic Protestant church located in St. Moritz's town centre, the church provides beautiful backdrop to a selection of Hirst's butterfly paintings and his series of paintings titled Kaleidoscope.  The church also has on display some previously unseen works in part of the series including the floating beach ball installations Be Here Now and Fidelity and his famous formaldehyde work, The Ascension. 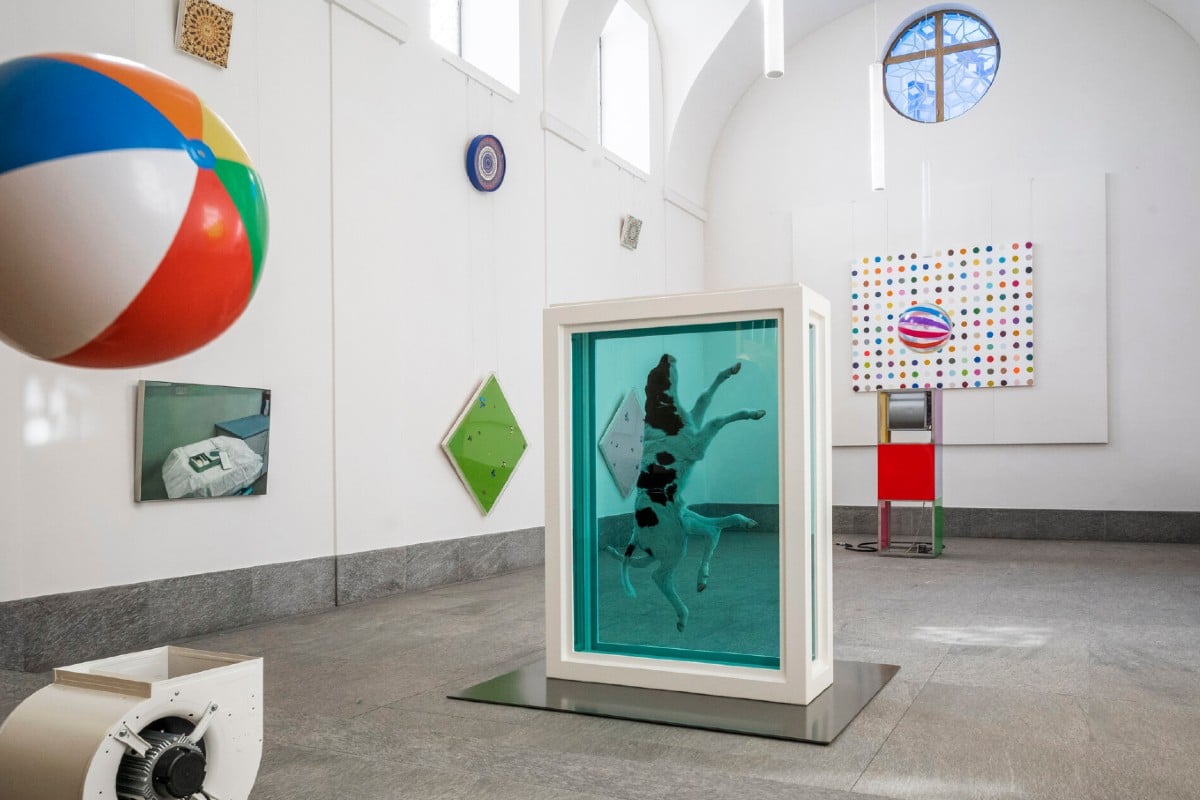 Outside the church is another large-scale bronze sculpture named Proteus and his anatomical sculptural mastery titled The Temple, a 21 ft sculpture installed on the edge of the lake. 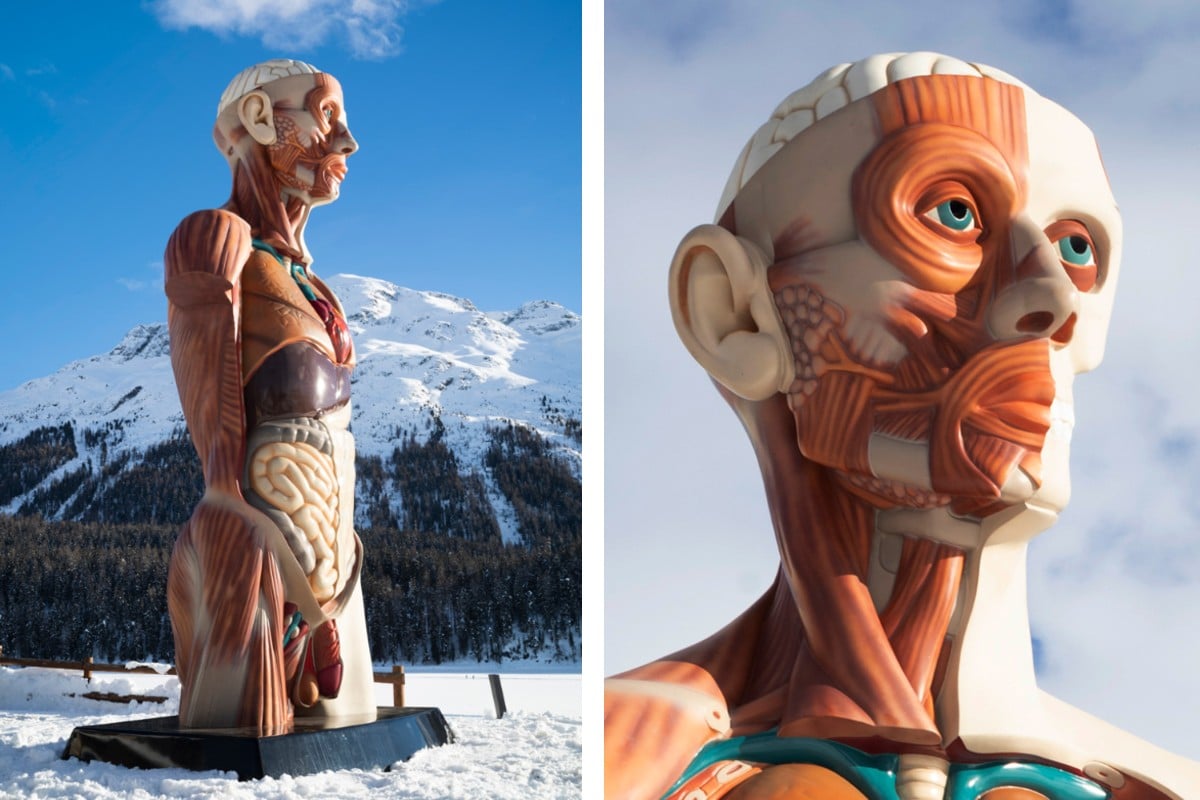 Mental Escapology exhibition will run through from now until March 24, 2021 in St. Mortiz, Switzerland.