There are some films that are simply unforgettable. Whether for their stellar cast, unmatchable cinematography or impeccable plotline; they have us coming back for more time and time again. While every decade has made its mark in the world of film for specific reasons, there's something about 90s cult films that seem superior to the rest.

Here, we've rounded up 18 of the best, nostalgic 90s cult films that will take you back to the isles of Video Ezy on a Friday night. 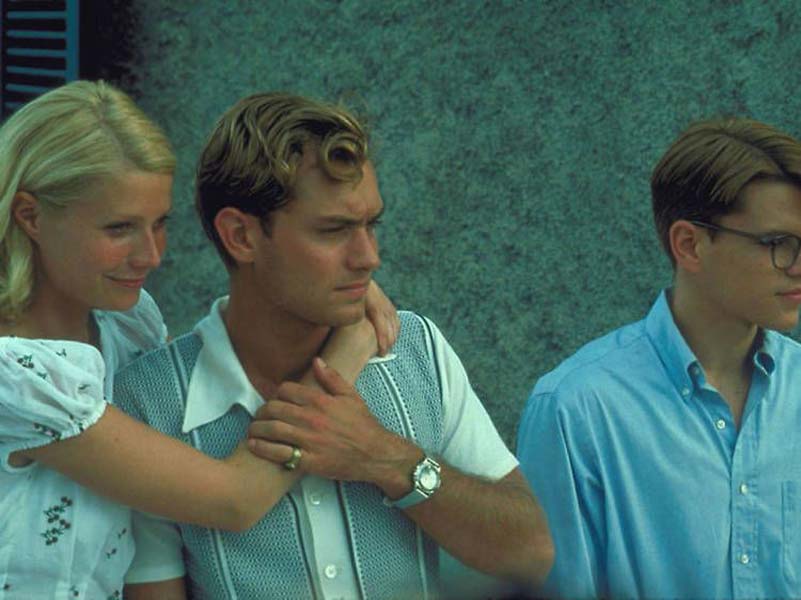 There are few that compare to The Talented Mr. Ripley, which is why this 90s cult film is at the top of our list. Regardless of the unexpectedly dark themes, (who anticipates murder on the Italian coast?), Gwyneth Paltrow, Jude Law and Matt Damon team up for what is one of the most stylish and sexy films in the archives. There's something about admiring the lavish life of the young and wealthy that makes this film so easily to return to. Coupled with sparkling coastlines, plenty of linen, a brilliant and manipulative plotline; and of course, a bronzed Law on a beach chair, it simply can't be beat. 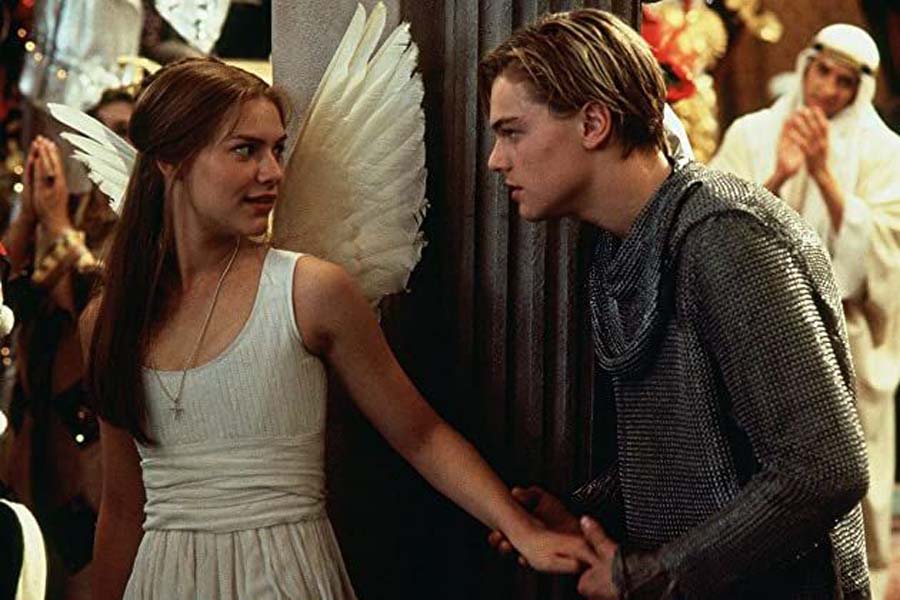 It's a very well-known fact that team RUSSH are Baz Luhrmann fans through and through. So of course, this Hollywood reboot of a classic Shakespearean tale was sure to make the list. A very young Leonardo DiCaprio and Claire Danes star opposite each as star-crossed lovers; in the midst of tragedy and hatred. While we all certainly know how this story goes, this 90s film has remained a cult-classic thanks to its contemporary interpretation. And that soundtrack – perfection. 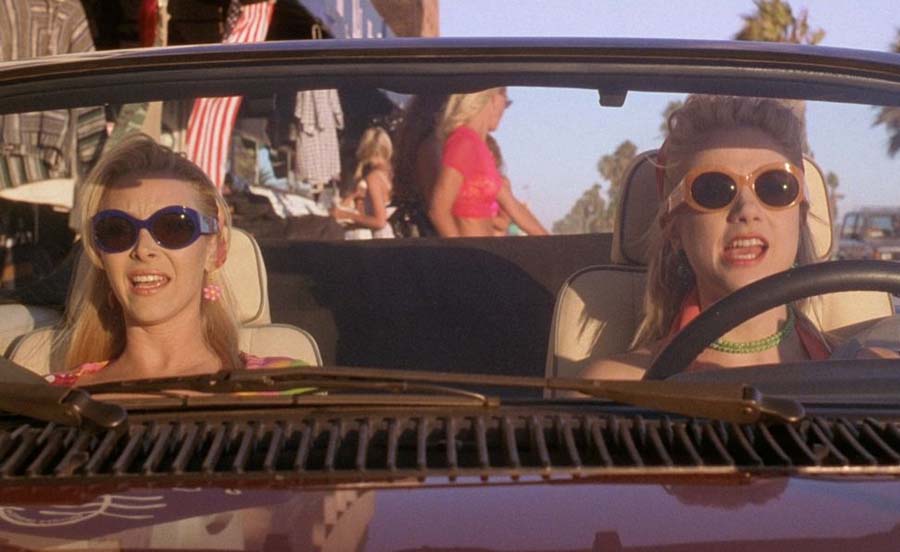 What was 90s film without a touch of crazy? Romy and Michele's High School Reunion is equally as fun as it was whacky. Unforgettable metallic party dresses, gaudy accessories and those business-chic ensembles so reminiscent of 90s corporate. The film is everything we love and heart meshed into one and threaded with the heartwarming message of staying true to yourself. 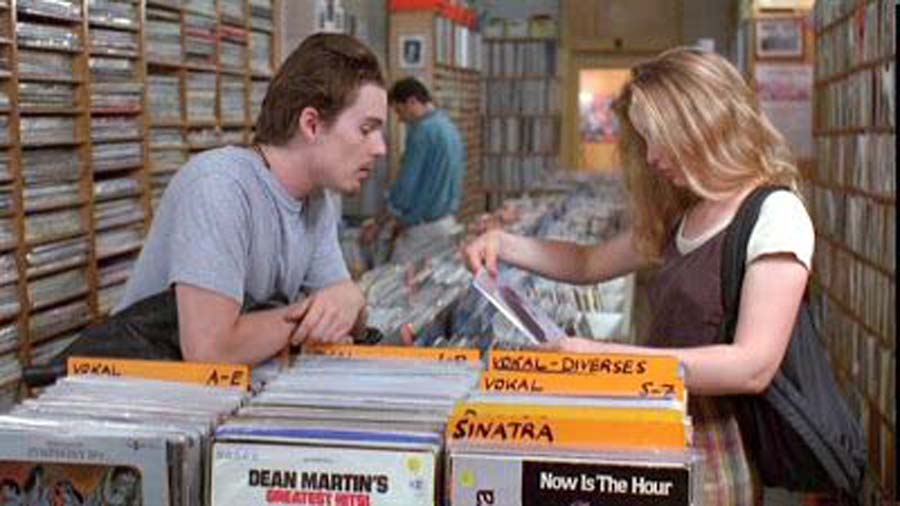 Before Sunrise (and the sequels Before Sunset and Before Midnight) have allowed us to live out our 'European summer romance' fantasies for almost three decades. Although this particular tale of 'boy meets girl' is rarely experienced in real life, we continue to fall in love with Jesse and Celine's spontaneous adventures all the same. Two potential soulmates meet on a train ride from Budapest to Vienna and only have 24 hours to spend together? Hooked, every single time. 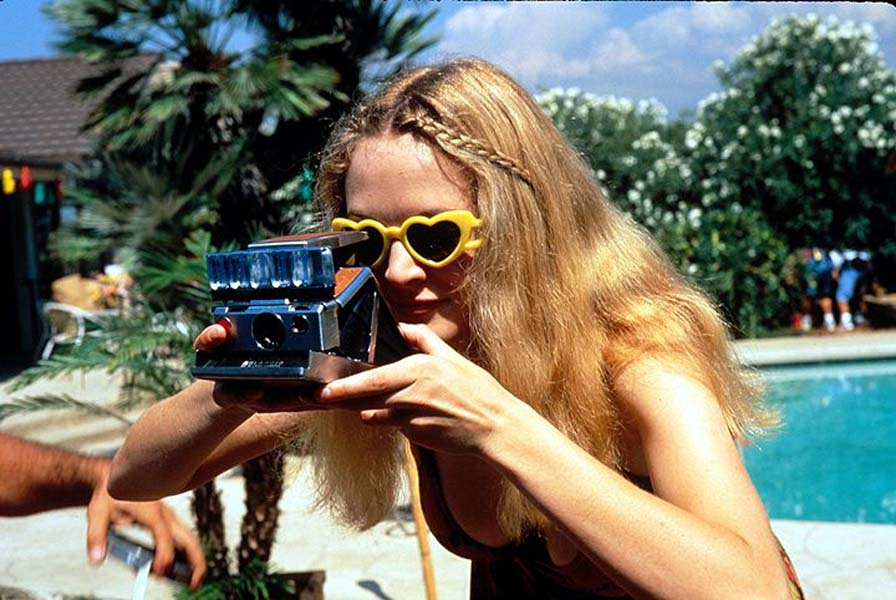 Boogie Nights might not be on your radar of ultimate 90s cult films, but it certainly should be. Now prolific director Paul Thomas Anderson cemented his place in Hollywood with this 1997 film about the pornography industry in the 70s and 80s. Paired with an all-star cast that includes the likes of Mark Wahlberg, Julianne Moore and Burt Reynolds, Boogie Nights is chaotic as it is classic. 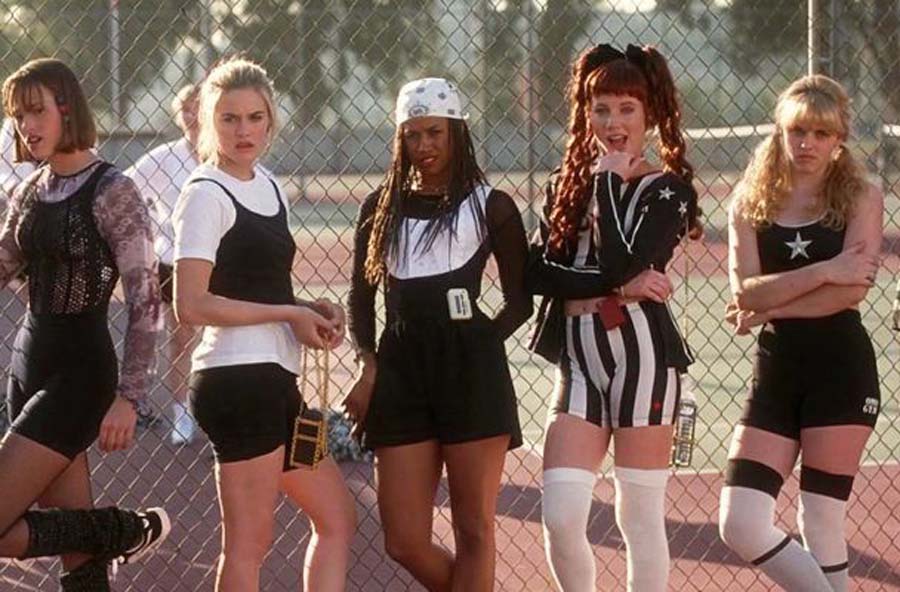 Clearly, this one needs no introduction. One of the most memorable 90s films of all time, Clueless not only provided us with endless quotable moments for decades to come; it also spoke to a generation of young woman trying to find their place in the world of teenage life. Although on face value, it's easy to get caught up in the unforgettable sartorial moments, Clueless has stood the test of time for so many more reasons – influencing how we talk about sex and body image. And let's not forget a handsome Paul Rudd, of course. 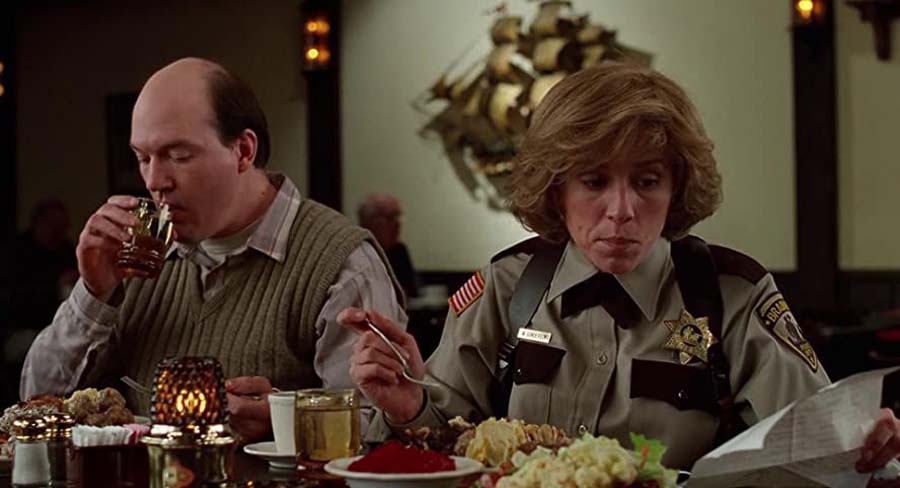 The 1996 film Fargo is about as 90s cult-classic as it gets. Unlike some of the shiny, love-filled tales mentioned above, the film follows the story of a husband who hires two criminals to kidnap his wife so he can receive the large ransom from his wealthy father-in-law. Romance at its finest. Blending crime with comedy, this odd but extremely successful performance won Frances McDormand an Oscar. If that wasn't enough to convince you of its place of the list of 90s cult films, the Coen brother's film actually inspired a 2014 spin-off series. And what's more 90s than a reboot? 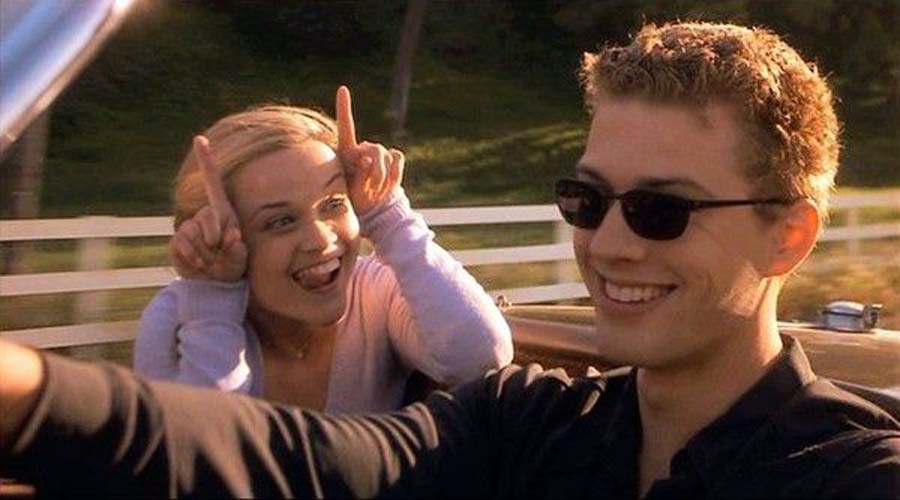 As our Brand & Art Director Gabriela once wrote, Cruel Intentions is "18th-century opulence meets 90s nostalgia" – which would do much to explain its enduring success over the years. The film, which is an adaptation of Les Liaisons Dangereuses by Pierre Choderlos de Laclos, follows Sebastian Valmont (played by Ryan Phillippe) on his relentless search for more. Until a baby-faced Reese Witherspoon almost puts a halt to his games. Enter the always iconic Sarah Michelle Gellar and a leather-bound journal and you have the recipe for 90s film success. 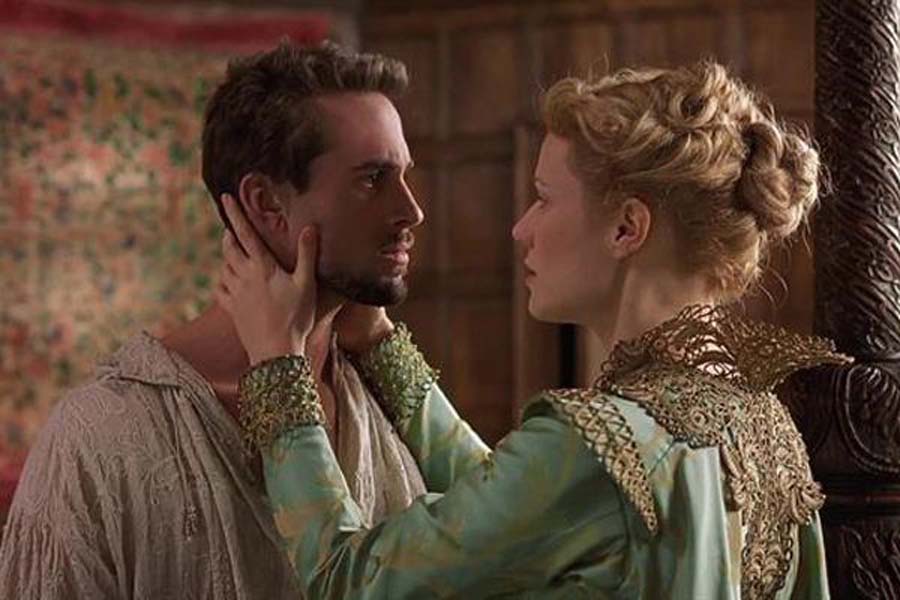 There's a reason why Shakespeare in Love won the Best Picture Oscar in 1999. Could it be the delicious Jospeh Fiennes as the Bard himself? Or Gwyneth Paltrow as a noblewoman with dreams of becoming an actress? If we're honest, it was probably an overwhelming mix of both. Shakespeare in Love follows the playwright in the moments after he completed Romeo and Juliet – and during a time when women were not allowed to act; which suddenly makes history appealing again. 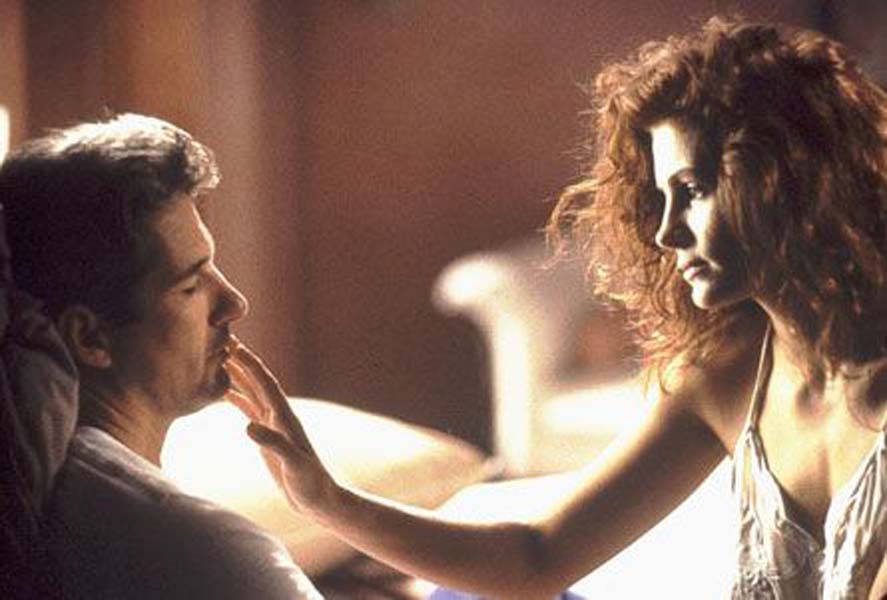 No matter the year or occasion, there'll never be a moment when Pretty Woman isn't on our 90s cult film list. A young Julia Roberts plays Vivian – a Hollywood sex worker – who is snapped up by a wealthy businessman played by Richard Gere. We could go on and on about how the pair end up falling in love, but you already knew that already. If not for the early 90s love story, tune in to this classic for that Rodeo Drive moment. You know the one – timeless. 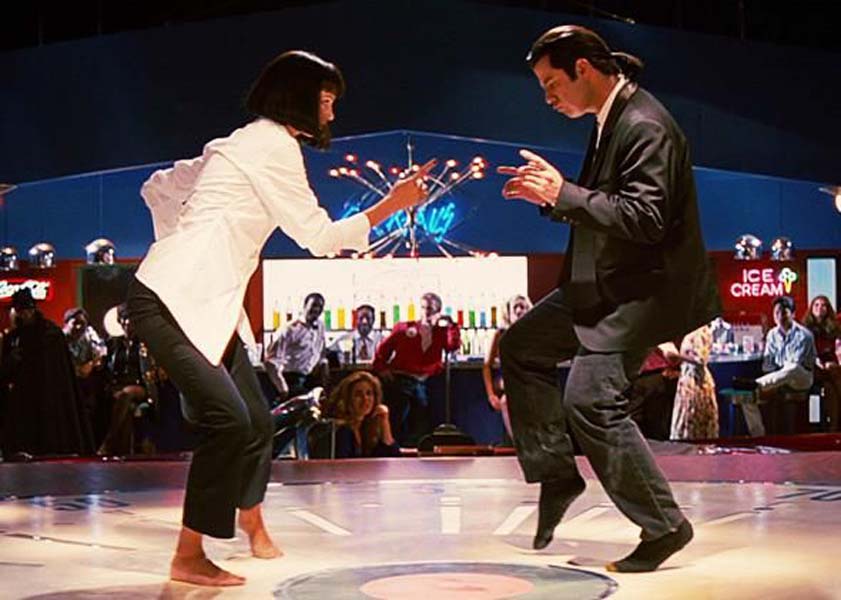 Mia Wallace ladies and gentleman; need we say more? The black comedy that is Pulp Fiction is Quentin Tarantino at his best. The perfect balance of violence, crime and artfully measured characters presents itself in this self-referential, out of chronological order, and entirely iconic film. Starring John Travolta, Samuel L. Jackson, Uma Thurman, and Bruce Willis, Pulp Fiction was nominated for seven Oscars, which is telling in itself. Plus, who doesn't love a short black bob, a well-fitted white shirt and a classic red lip? 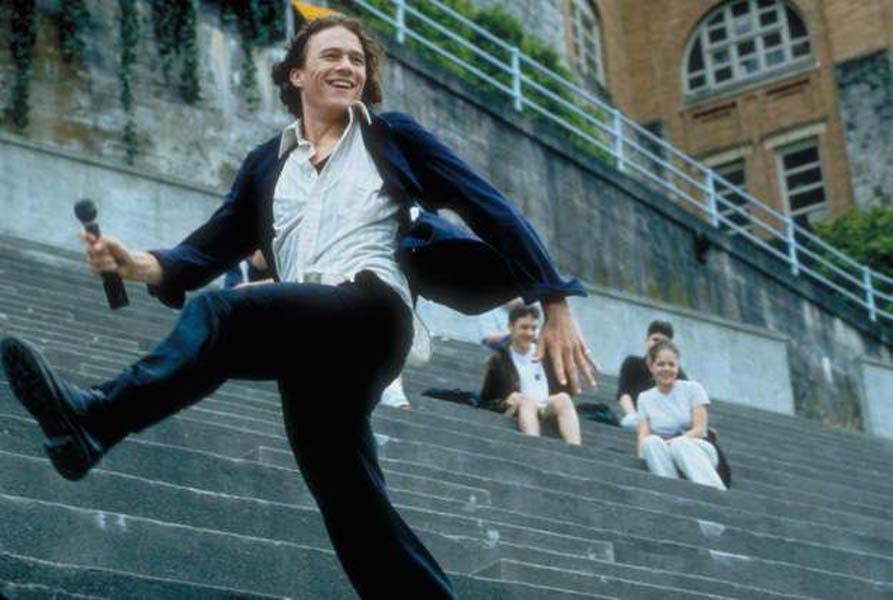 If there's one thing the 90s loved, it was adapting Elizabethan tales into modern contexts. Case in point, 10 Things I Hate About You, which comes courtesy of none other than William Shakespeare. Though in this 1999 rendition, we see a young Heath Ledger (be still my beating heart) as Patrick, who both captures – then destroys – then recaptures the heart of our leading lady, Kat. That bleacher's scene alone is enough to get the heart truly going. 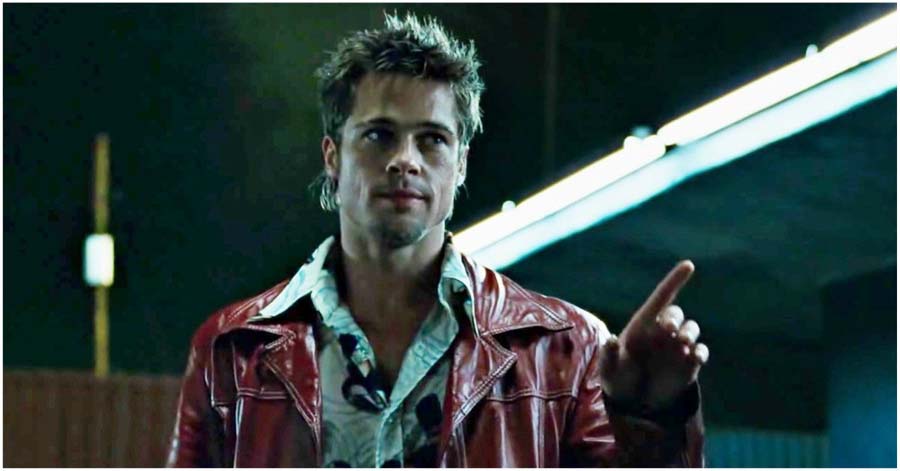 Will we ever be able to recover from seeing Brad Pitt in this red leather jacket? Probably not – which is why Fight Club will always hold a firm place on our list of the best 90s cult films. Initially quite polarising, this film about an unnamed white-collar protagonist (Edward Norton) who starts a fight club with a soap salesman named Tyler (Pitt), has grown to be one of the most memorable films of the decade. 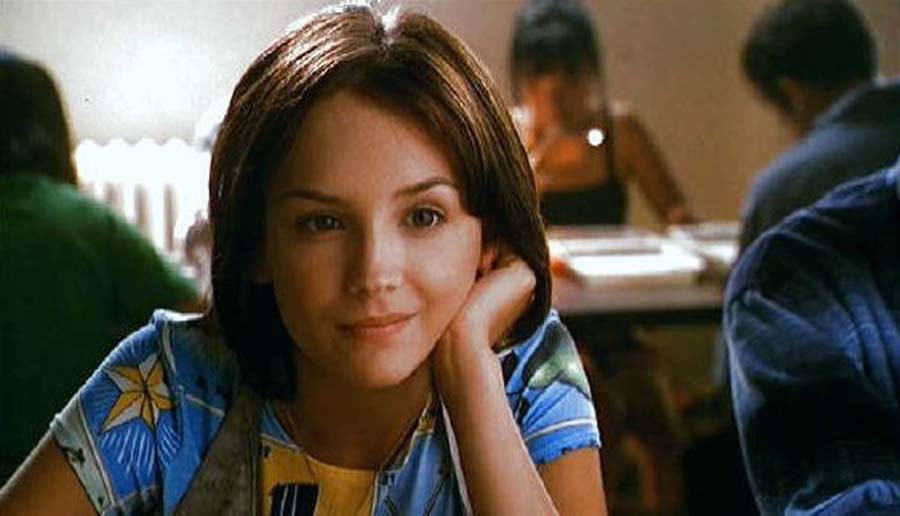 Have we ever witnessed an on-screen makeover moment quite like that of Laney Boggs? She's All That not only cemented our love for the 90s, red, baby doll slip dress, but it also set Sixpence None The Richer's now-iconic tune, Kiss Me, as a reoccurring feature song in our brains for life. Jock befriends the school's most unpopular girl only to unexpectedly fall in love – a story that is truly a sign of the times. 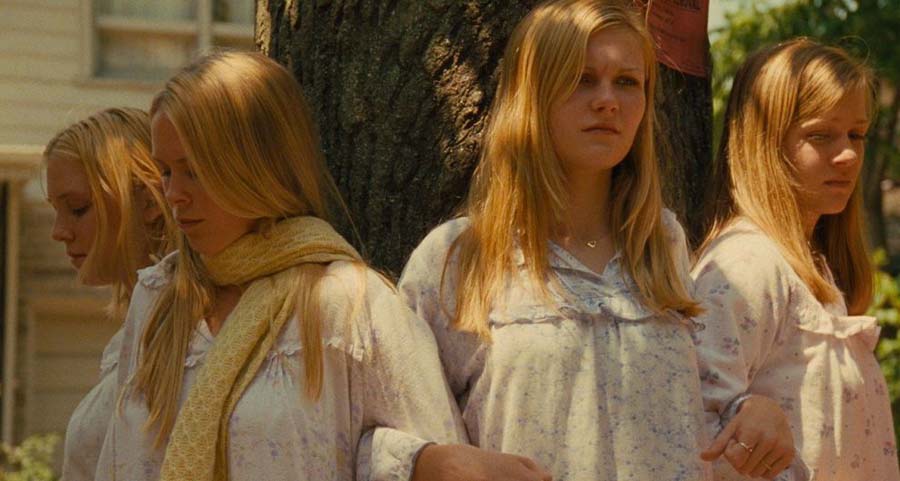 In RUSSH HQ, you simply need to utter the name Sofia Coppolla and we will be there. Her haunting 1999 film The Virgin Suicides is not only one of the best, but it presented an entirely different tune from the American dreamworld perpetuated throughout the decade. An inevitably doomed tale of five sisters living in an ordinary suburban home during the 70s; where love, terror, fantasy, sex and death overcome their lives. 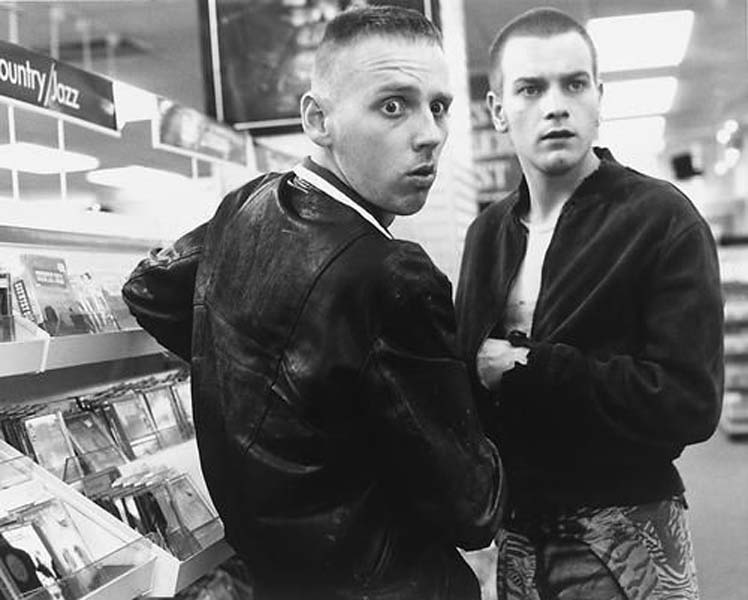 Just last week, we reflected on the role of our beloved Ewan McGregor in the chaotic film that is Trainspotting. There's no question that this film is difficult to watch, but it doesn't take away from the fact that it has remained as one of the biggest cult films in history. A heartbreaking story of drug abuse, loss and deception, Trainspotting is a must-watch. 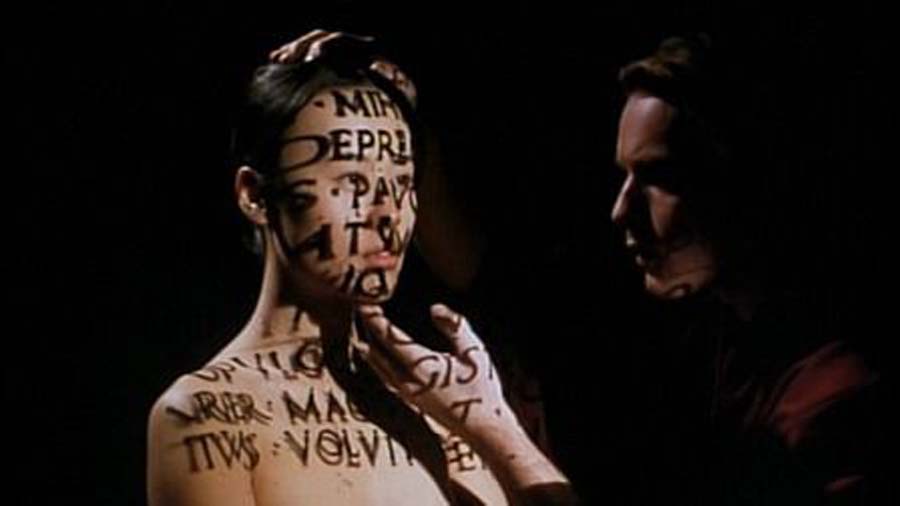 Ewan McGregor is making his second appearance on this list, and we're totally not mad about it. For The Pillow Book, he plays a delish English translator named Jerome who meets Nagito – a woman obsessed with calligraphy and the human body – during his trip to Japan. Is there anything sexier than the written word? 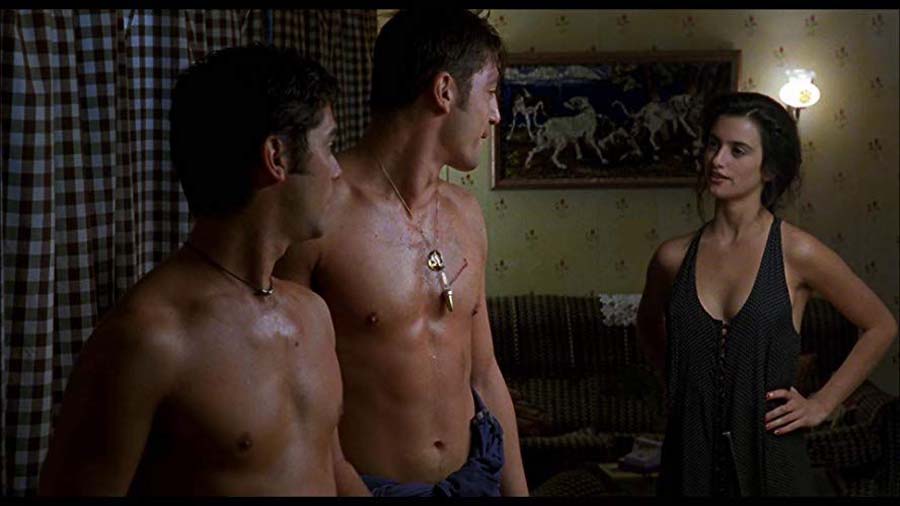 Penélope Cruz and Javier Bardem. That's it, that's the whole tweet. But seriously, the lust-riddled film that is Jamón, Jamón still has us feeling all types of ways. Cruz, making her film debut, plays factory worker Silvia; who catches the eye of the factory-owners son, José Luis. Though as we quickly learn, this is not the smooth-sailing love-story one might initially expect.

PREVIOUS
Warm skin and cool water: A holiday reading list for languid days
NEXT
Ring in the New Year with this guide to what's on across Australia