Any known admirer of Coco Chanel’s work would know that it’s no secret that Gabrielle Chanel and Jean Cocteau were inimitable friends. In a grand soiree staged in the ever expansive vast open space of the Carrières de Lumières (Quarries of Light) in Les Baux-de-Provence, we cut to the virtual debut of Virginie Viard’s Chanel Cruise 2021/22 collection, featuring muse Lola Nicon and Dutch duo Inez & Vinoodh. 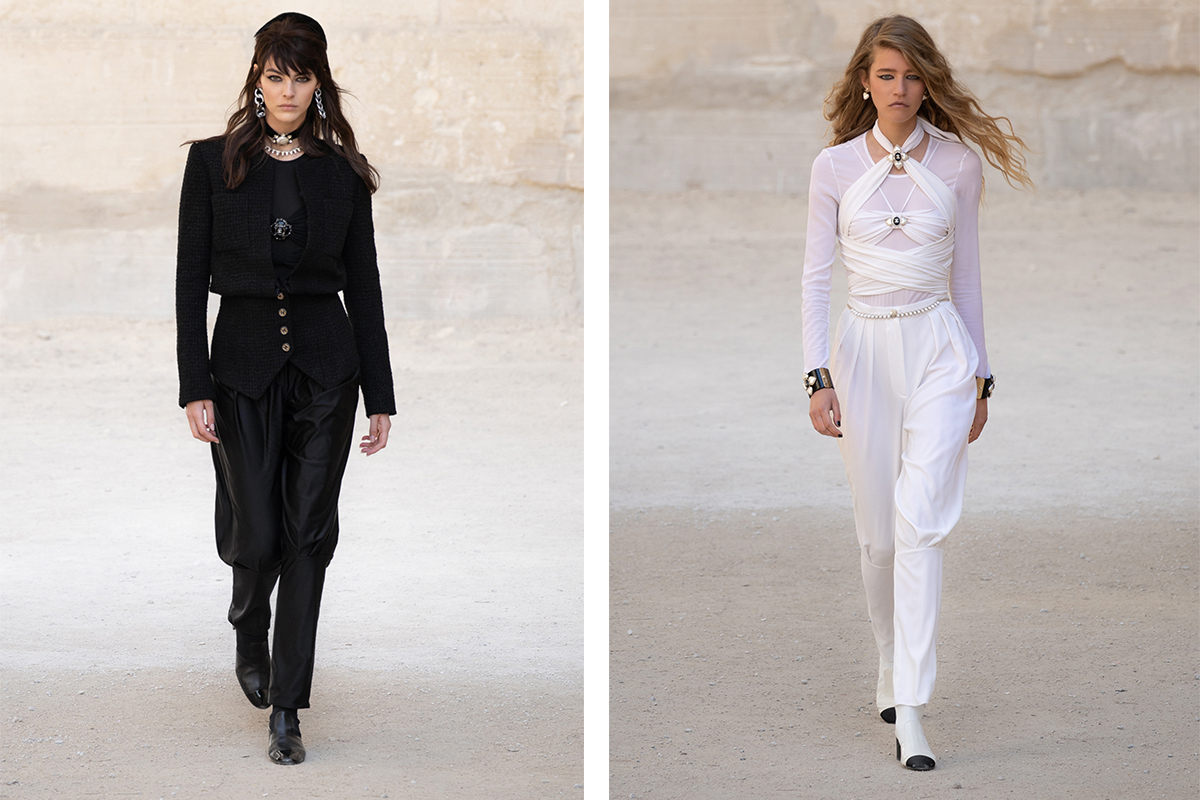 Many a tribute were made, from the blooms that lap the hills of the Les Baux-de-Provence to Jean Cocteau’s film The Testament of Orpheus, the collection was modern, loud and strong. Showing no signs of mercy, Chanel ventured us back to an era of bare midriffs, slashed hemlines, fishnets and suspenders - the glory days where disheveled beauty was at its best and when bad manners was considered eloquent.

Thigh holstered Chanel pouches, raw finishings and fraying hems, the collection marched itself down the chalky runway in monochrome silhouettes, with the only hints of colour played through Virginie Viard’s tweed Chanel suits and skimpy mini skirts. 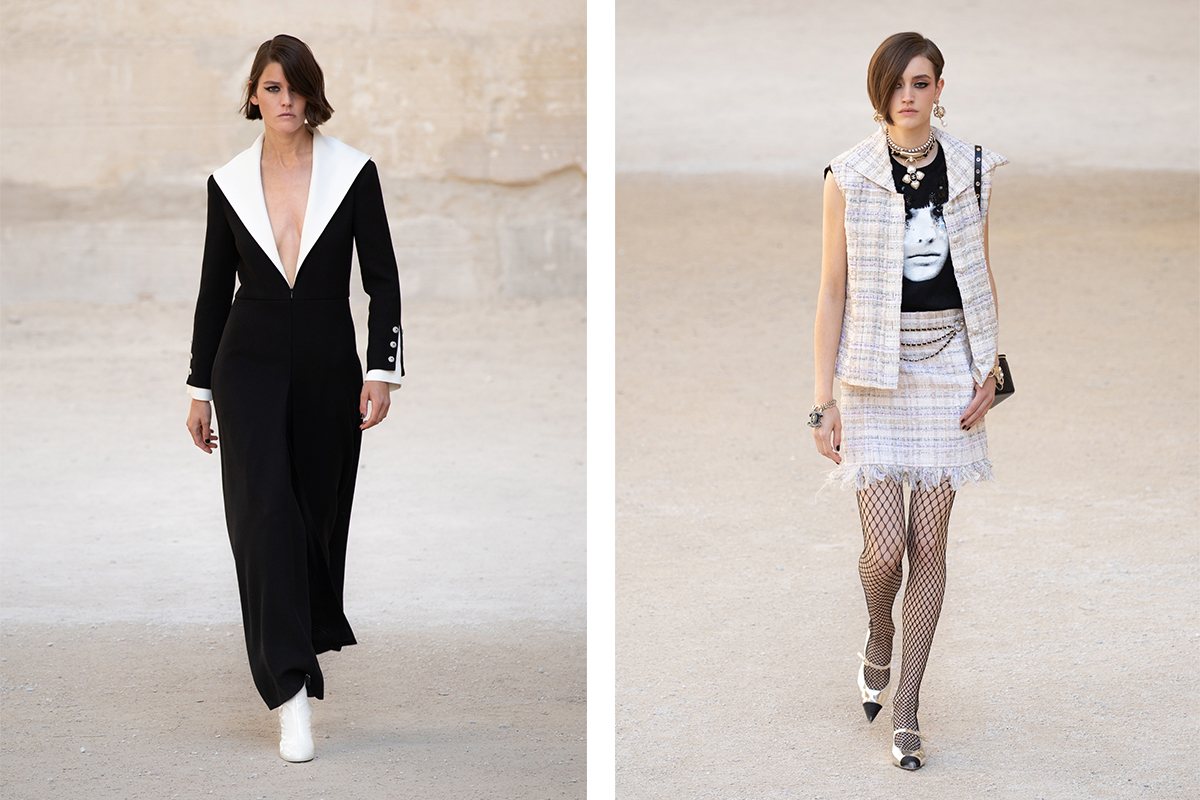 A collection that nods to the florals of Cocteau and 60s punk esteem - the two inspirations seem to be fluent in play. Dog collar neck braces and lip piercings accessorise and embellish while silk hibiscus flowers thread themselves through the show clutched in the hands of the models - an illustrious celebration of the two worlds loved and relished by both Cocteau and Chanel. 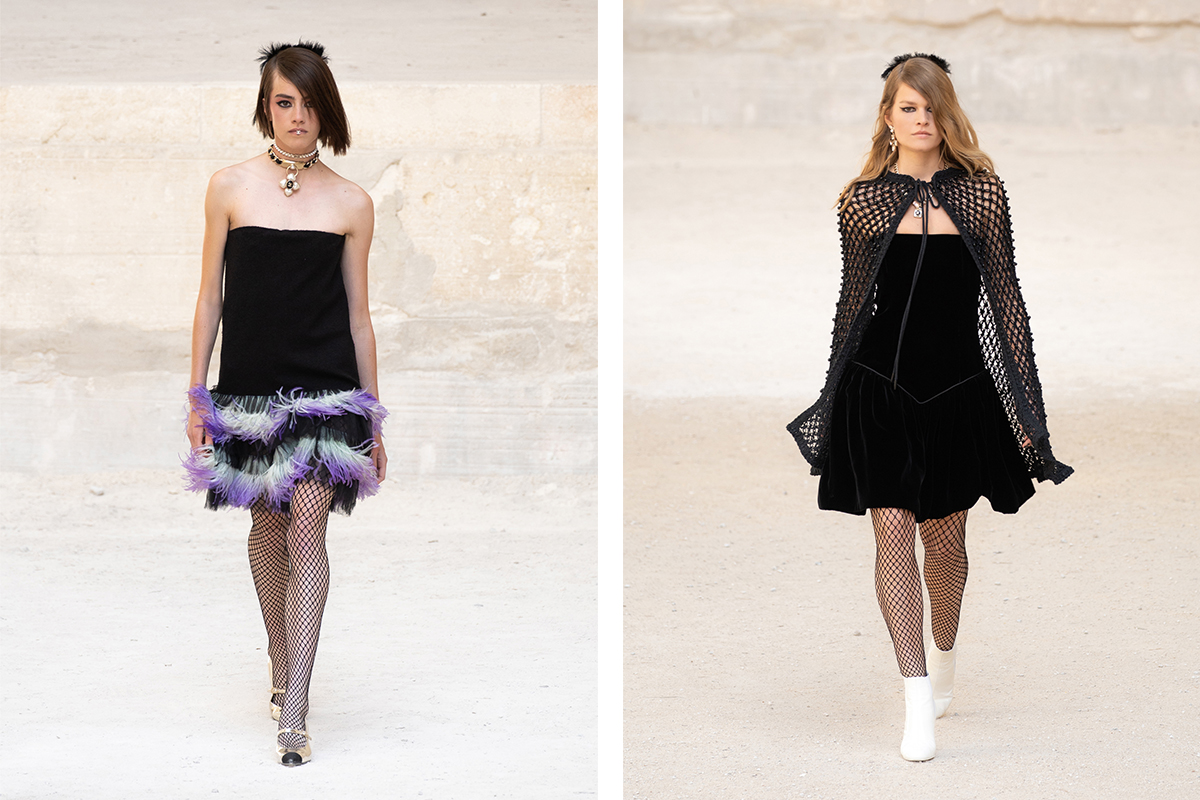 "Echoing the extreme modernity of Cocteau's film, I wanted something quite rock. Lots of fringes, in leather, beads and sequins, t-shirts bearing the face of the model Lola Nicon like a rock star, worn with tweed suits trimmed with wide braids, and pointed silver Mary-Janes. A look that recalls as much the modernity of the sixties as that of punk..." creative director Virginie Viard states.

Chanel’s Cruise 2021/22 collection further attributes to Gabrielle Chanel's personal life, with a scenic opener directed by Dutch fashion photographer duo Inez & Vinoodh in Coco Chanel's infamous and newly restored apartment at 31 rue Cambon. The opening film transports us to a space so sacred, where Chanel's closest friends and most intimate guests were entertained and her favourite memoirs and trinkets were boxed and shelved. 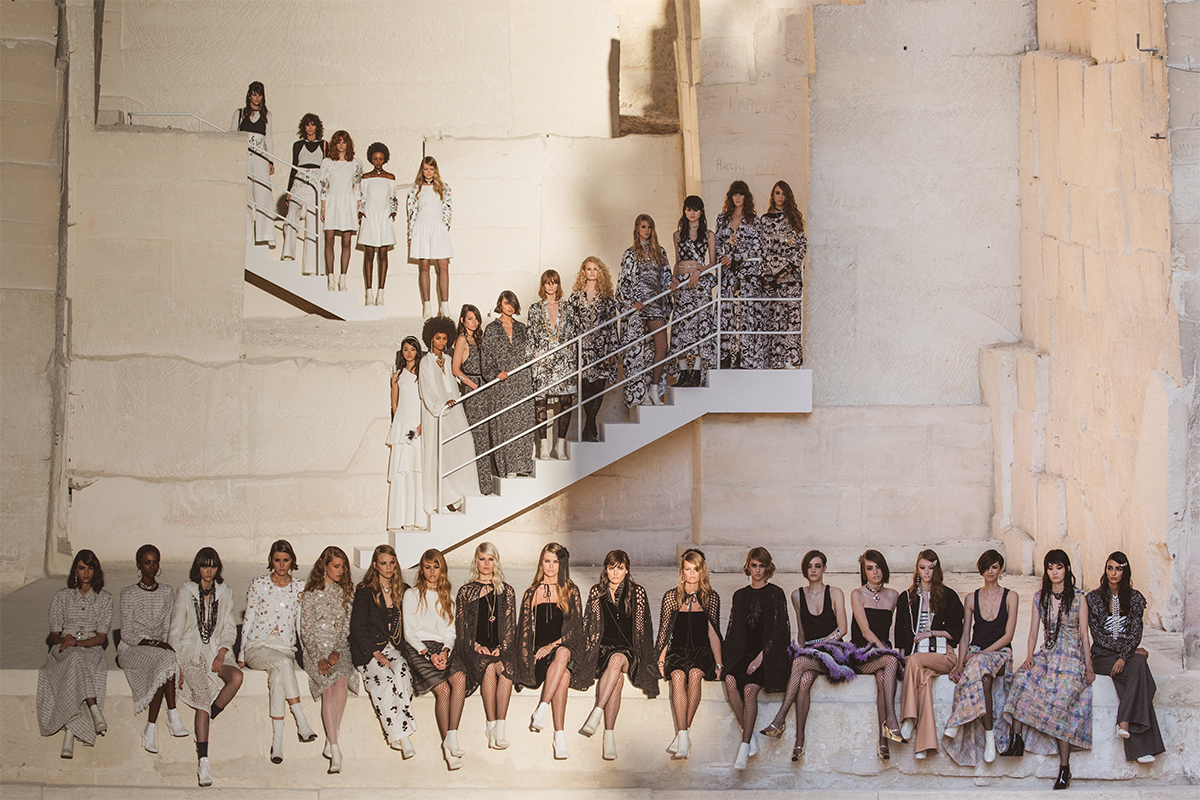 "Because it was there that Gabrielle Chanel housed her favourite bestiary, her lions, female sphinxes, but also deer, which are printed, along with other symbols of the House, on a long negligee-style dress in pink-beige and black crêpe. It was also in this apartment that she received her close friends, including Jean Cocteau," Virginie Viard states. "Ultimately, through her friendships, it is Chanel, the woman, that I love more and more: her life gives us access to characters just as extraordinary as herself.”

View the full collection on chanel.com and discover more on all official Chanel social channels.