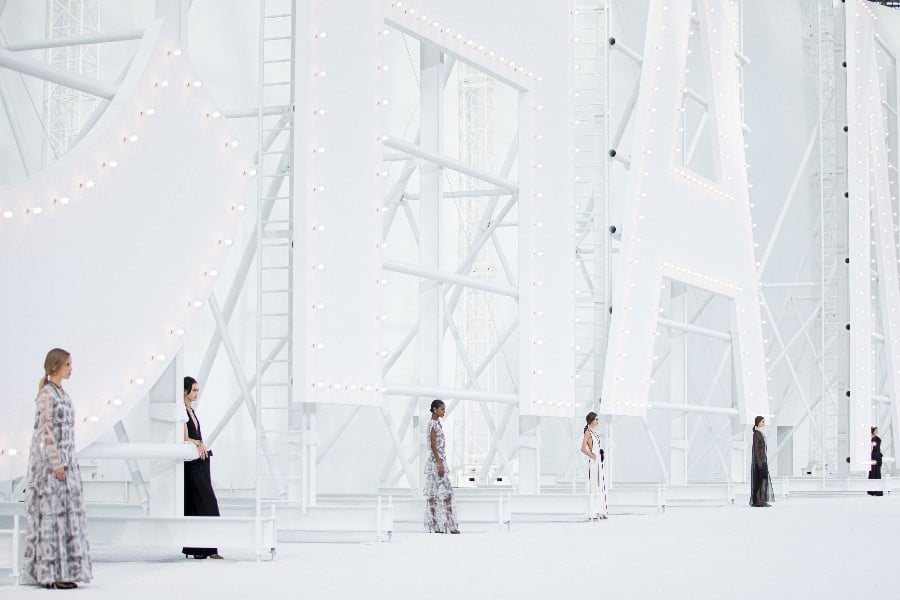 “I was thinking about actresses at the photocall, on the red carpet, that moment when they’re being called to by the photographers: their faces a little distracted, their attitude a little out of sync with the outfits they’re wearing. And then there are the fans waiting for them behind the barriers, this very lively side to cinema that happens beyond cinema, that’s what I like,” says Creative Director Virginie Viard. 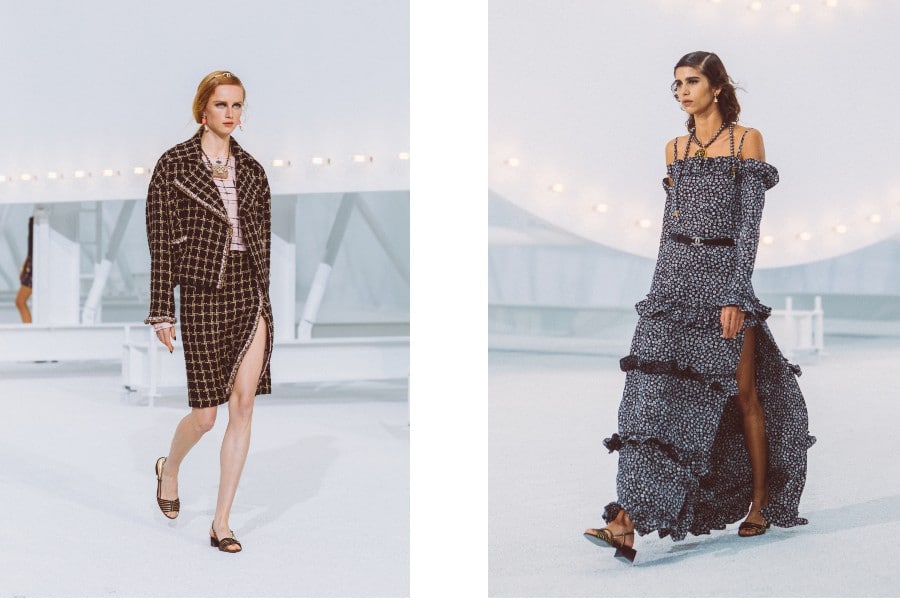 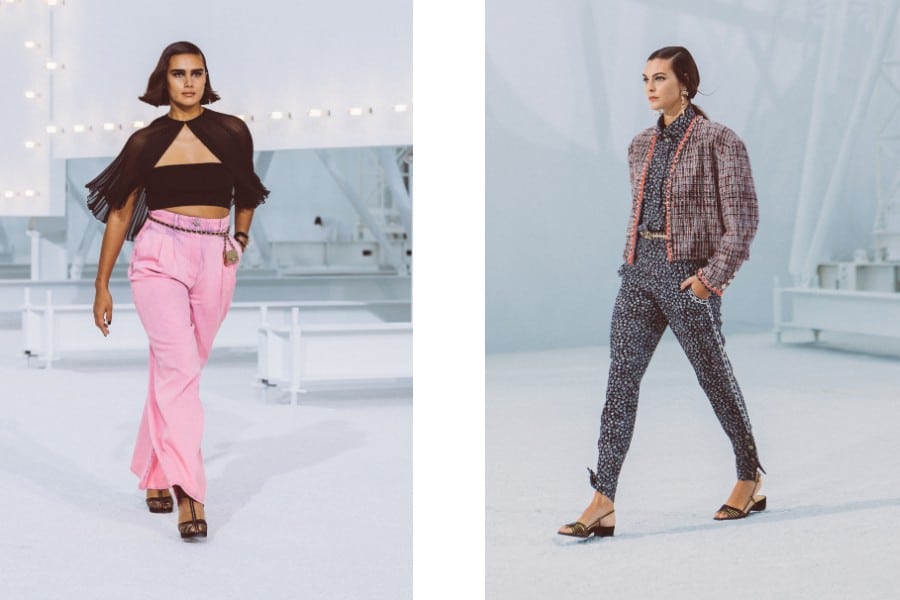 The historic Grand Palais this season was dressed in giant souring C-H-A-N-E-L letters, reminiscent of the iconic Hollywood sign in Los Angeles on the Santa Monica Mountains. For the show’s teaser, Chanel looked to icons Inez and Vinoodh for a series of photographs and videos, inspired by the Maison’s privileged relationship with actresses both on and off screen. We were teased with stills of Romy Schneider swimming in La Piscine, Anna Karina with her scissors in Pierrot le Fou, along with the Sacré Coeur perfectly situated amongst the Hollywood Hills. 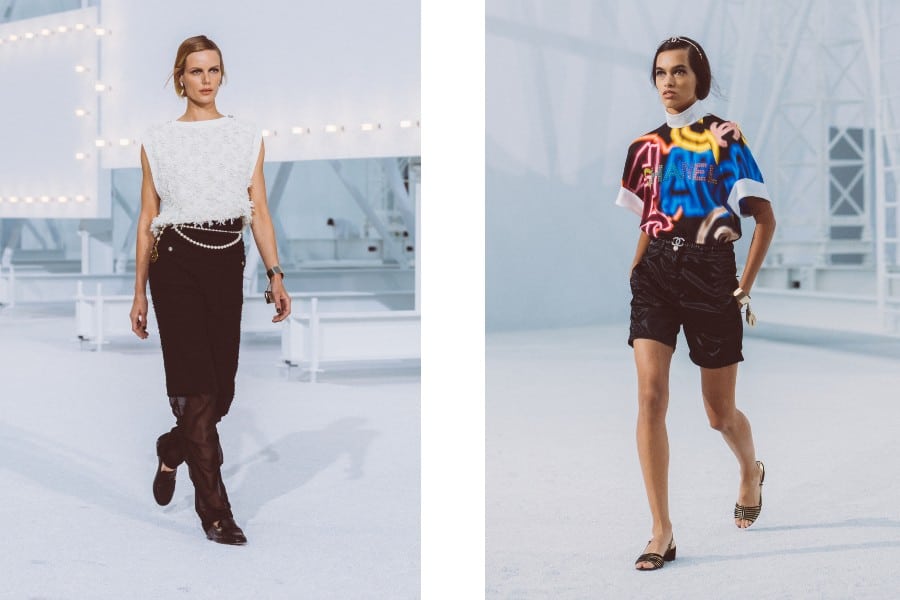 Virginie Viard continues, “This collection is a tribute to the muses of the House. Some of them are far away, it’s been a long time since we saw them. Gabrielle Chanel and Karl Lagerfeld dressed so many actresses in films and in real life. I was thinking about them who make us dream so much. But without wanting to replicate. Without falling into a vintage citation. I wanted it to be very joyful, colourful, and very vibrant too.” 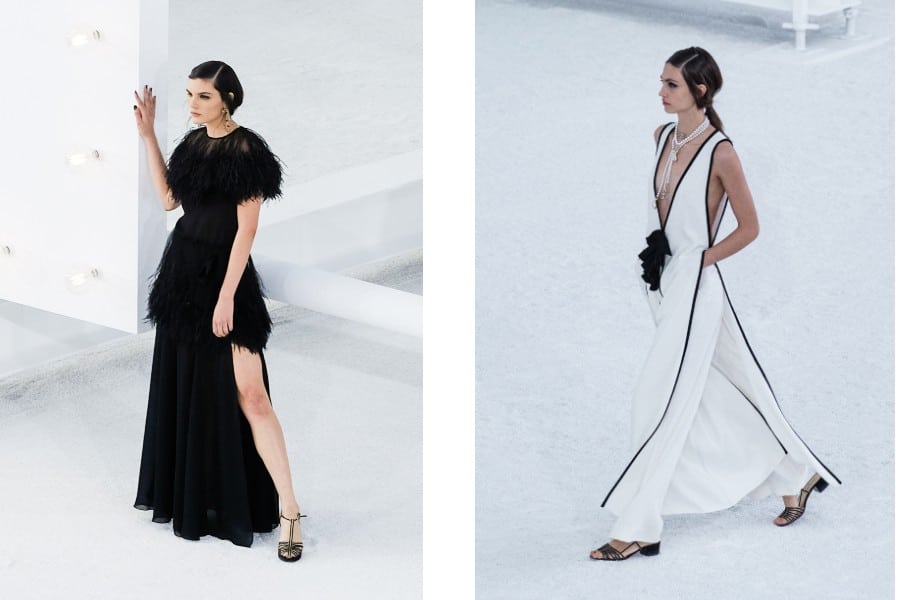 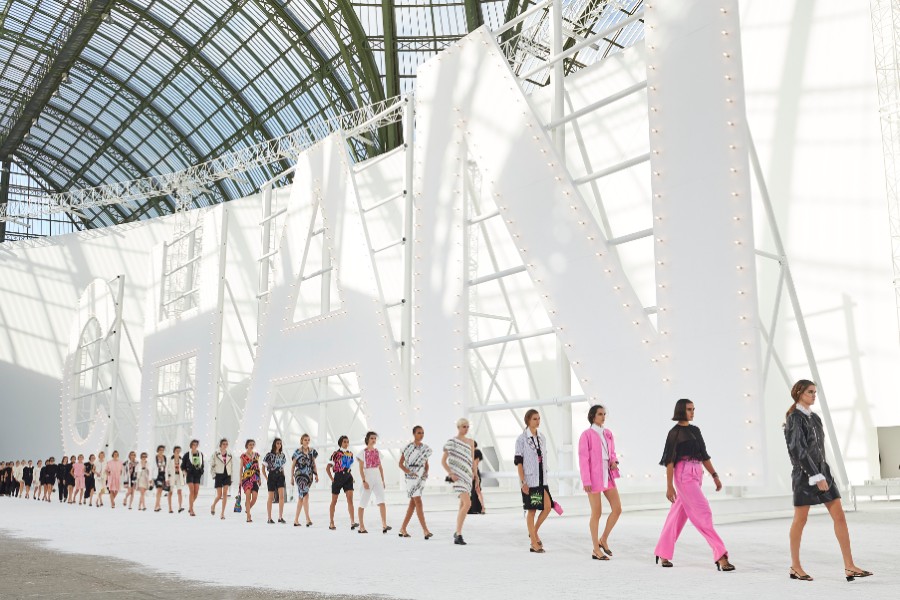 Just like a closing scene of a film, Virginie Viard concludes, “Because the world of Chanel evokes so many images, a whole unconscious that’s linked to cinema.” See the full show live stream below.