In your eyes, what qualities make a man?

What is the meaning of masculinity today? Bottega Veneta: Men explores this notion with a collective of multidisciplinary artists who set out to answer this question as they reflect on their own identity.

"There’s no specific way a man should behave or anything, it’s up to the individual." 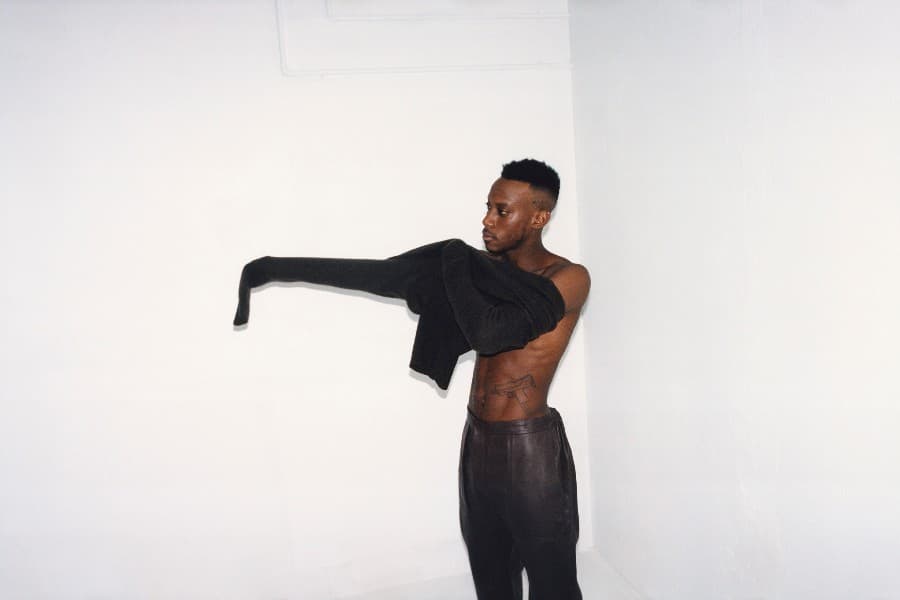 Caught in the moment, the eclectic ensemble cast differing in age, background and creative fields are brought together in the both intimate and performative act of dressing and undressing. The film is a celebration of uniqueness and individuality, storied through a cast of diverse personalities who inspire Creative Director Daniel Lee himself.

"The way you dress unifies you and whoever dresses kind of similar. It really embodies what you’re going through in that stage of your life and how you express that."

"Stepping into the room as a female but like in a boys stride, but in a female way. That gender exchange has been quite important."

The film is a series of intimate montages of each creative multidisciplinary talent dressing and undressing, while seeing and assessing themselves in their Bottega Veneta clothing looks. Each montage is voice-overed by the creatives who discuss their own personal style, the way they express themselves and masculine stereotypes.

The film is a celebration of powerful style and a new space for reflection. Launched globally last week, the short film is available to stream on curated streaming service MUBI, the Bottega Veneta website and Youtube.