"A single person is missing for you, and the whole world is empty."


As humans we stand to lose so much. Too much, one might argue. Death, heartache, miscarriage — these are all laid out as facts of life, but when loss seeks you out and strikes, it's deeply personal. People will demand that you put your grief into words, explain how you're feeling, but is there a more difficult subject to speak on than grief? Clichés and platitudes stumble from loved ones mouths, from your own even, all a case of good intentions rendered meaningless through an inability to say what you mean, or even know what to say. When things fall apart, books hold true when our own capacity for feeling fails. The words of our favourite writers possess the power to cradle us instead. From Didion, Beech to Barthes, these titles are, if anything, a testament to the resilience of the human spirit. So whether you're in the throes of grief yourself, know someone who is, or simply wish to absorb the stories of those who have, take these 11 books on grief as your companions. 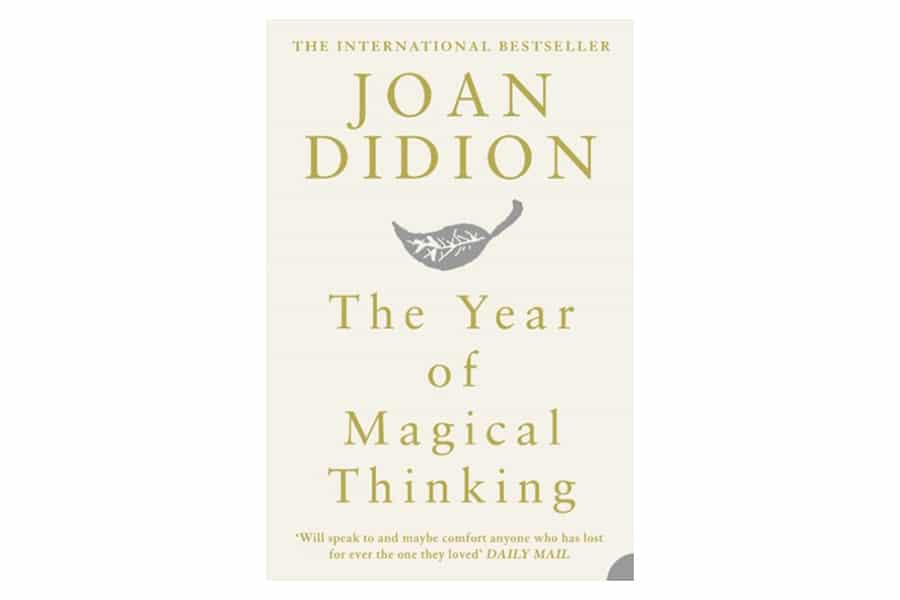 When the subject is grief, we all know Didion does it best. Her voice, steely and matter-of-fact, slices through the wishy-washy platitudes that threaten to suffocate one at the mere mention of death. Through her own personal tragedies — the sudden death of husband John Gregory Dunne and the hospitalisation of her only daughter Quintana — Didion describes a spiral akin to madness, of misremembering and as she calls it 'magical thinking'. For both the heavy-hearted and those yet, unscathed by loss.

A Month in Siena - Hisham Matar 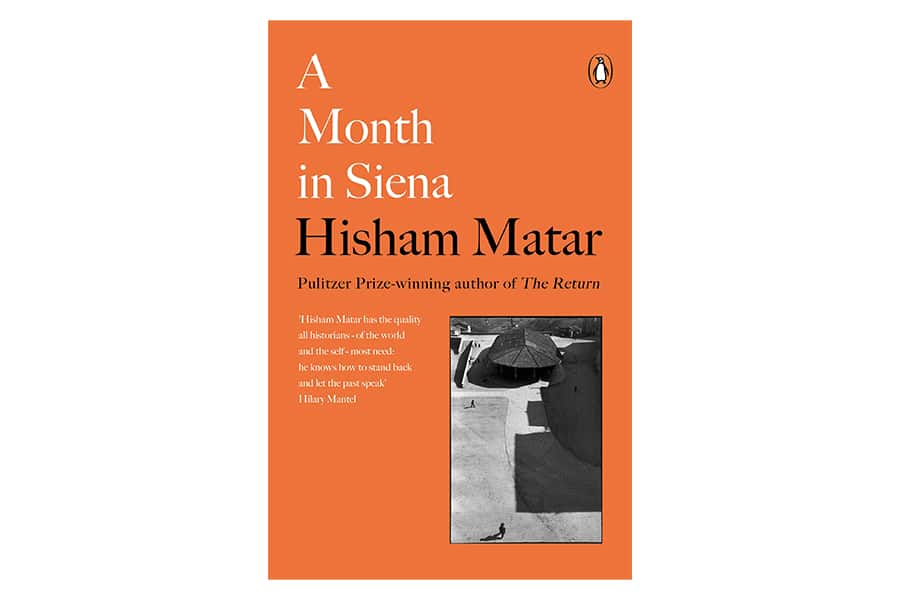 Hisham Matar was nineteen when his father was abducted under the orders of the Gaddafi regime. At the time, as a student in London, he would spend his lunchtime quietly observing artworks from the Sienese school at London’s National Gallery. Following a final failed attempt to locate his father 25 years after the fact, Matar makes the journey to Siena with plans to stay there for a month. What follows is a gentle, beautifully compiled rumination on grief, art and the human spirit. 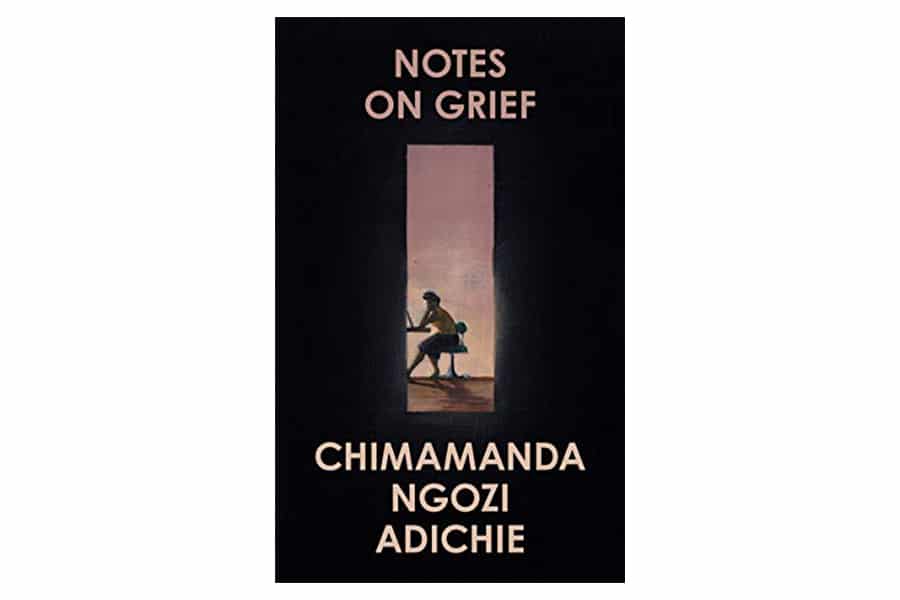 "Grief is a cruel kind of education," Adichie writes. "You learn how ungentle mourning can be, how full of anger. You learn how glib condolences can feel. You learn how much grief is about language, the failure of language and the grasping for language." Written in the weeks and months following her father's death, Adichie exercises language to describe the indescribable: the bitterness and cruelty of loss. 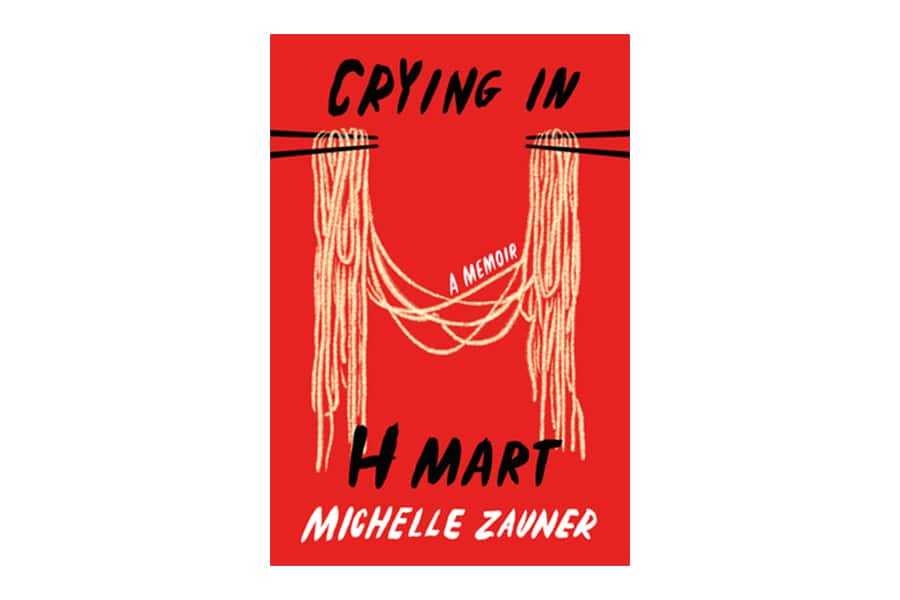 We all dread the death of our parents. Some of us even play it out in our head as a kind of loss boot camp. How would we react? Who could we turn to? But when you have a complicated relationship with your parents, grief can feel like a minefield. Michelle Zauner writes with precision on her mother's slow and traumatic death; on how as a third-culture kid Korean food tied Zauner to her culture, to her mother, and how it would become a way to keep her memory alive. 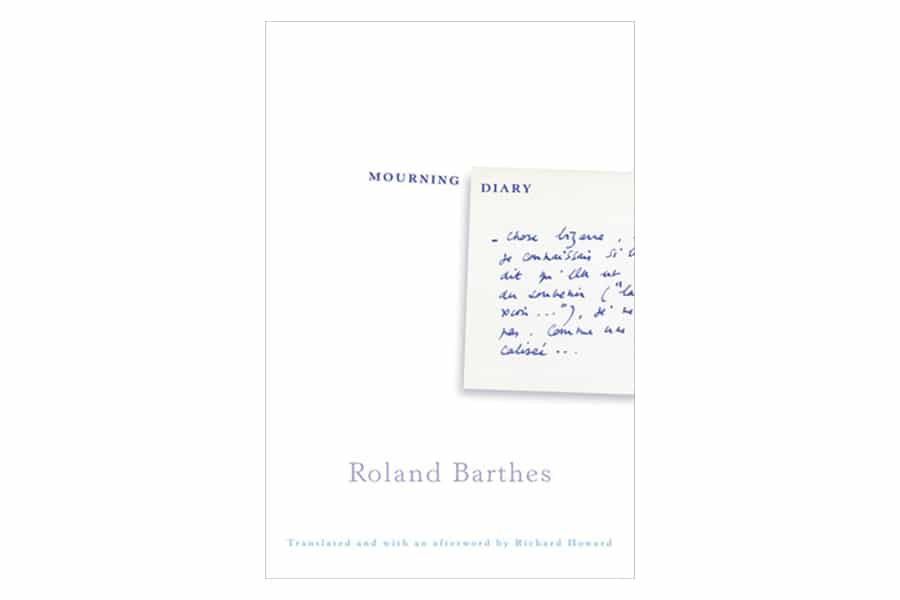 Roland Barthes would die three years after his mother Henriette. And while readers of his work will recall his book Camera Lucida: Reflections on Photography that touched briefly on her loss, as it was published shortly before his own absurd departure, it was his private diary that would provide a more indelible portrait of grief. Written on loose leaf paper with incomplete jottings, Barthes mourning journal was published posthumously in its incomplete, raw form echoing the nature of loss itself. Read it in one gulp or savour it if you so please, this slender volume is a true comfort. 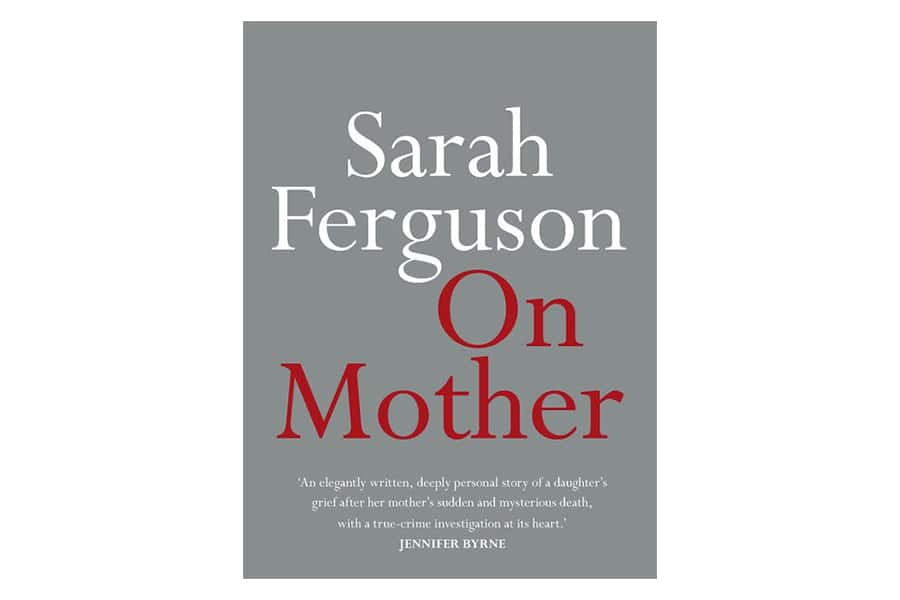 On Mother is barely two hours worth of reading material, yet Sarah Ferguson covers much ground. In the wake of her mother's death, she must cross the distance between Australia and England to ensure that her mother's dignity is upheld, and those negligent in caring for her are held responsible. 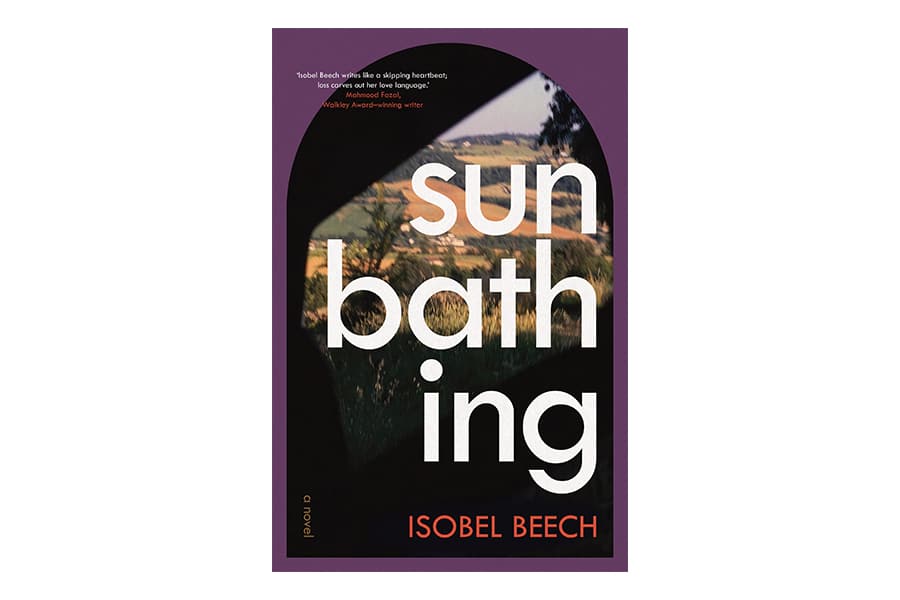 After the loss of her father to suicide, a women relocates to the mountains of Abruzzo. Invited to stay by her friends Giulia and Fab at a villa in the lead up to their marriage, the protagonist lives simply, picking fruit from the orchard, bathing in the sun and sleeping in the house's birthing room. However, her surroundings are at odds with the dialogue taking place in her head. Guilt, grief and regret engulf her, as she ravages her memories for any moment, any interaction with her father that could be taken as a warning sign.

Time is a Mother - Ocean Vuong 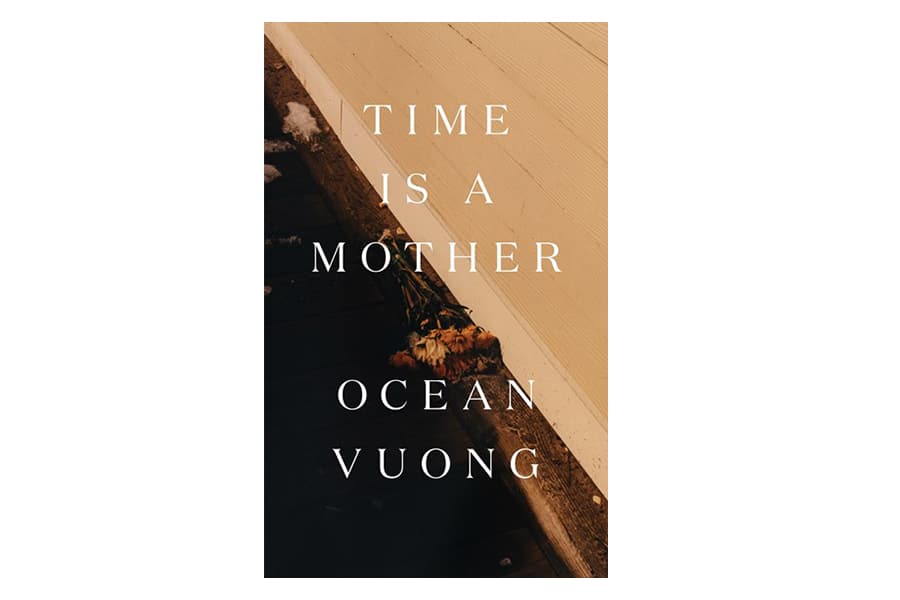 Set within the dramatic aftershocks of his mother's death, Ocean Vuong returns with another collection of poetry. With the nature of their relationship laid out in On Earth We're Briefly Gorgeous, here Vuong continues where he left off, detailing his mother's departure and exploring the importance of sitting in grief and learning to survive beyond it. 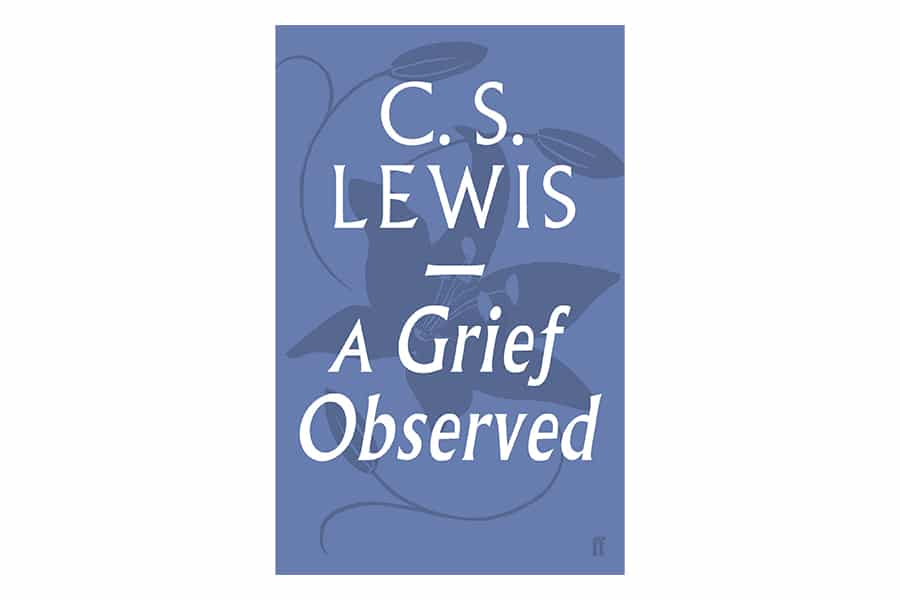 Written as a way to stave off the "mad midnight moments", A Grief Observed is an unfiltered and honest reflection on death after the passing of his wife Joy and the demise of joy in itself. Even the most staunch believers are rocked by grief. Or as Lewis writers, "nothing will shake a man, or at any rate a man like me, out of his merely verbal thinking and his merely notional beliefs. He has to be knocked silly before he comes to his senses. Only torture will bring out the truth. Only under torture does he discover it himself." 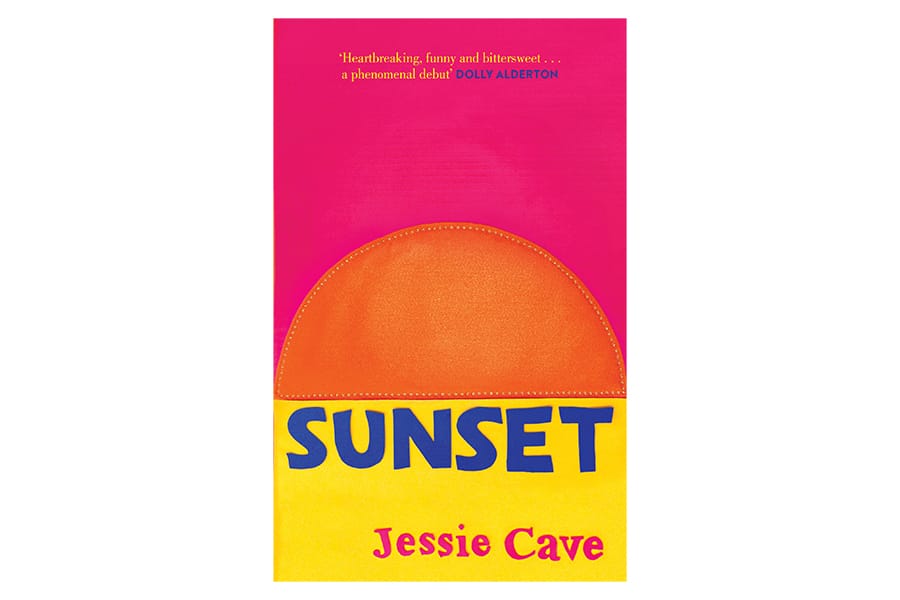 From actor and now, writer Jessie Cave. Sunset tackles grief from the perspective of two sisters. Polar opposites and yet inseparable, the two will be pried apart before either is ready in the wake of a disastrous holiday. The sister left standing, Ruth, thus slips into a self-imposed exile from the world. Faces blur into one and with her new job at Heathrow airport she can become practically anonymous. It's from this point that the story begins to take shape.

Grief is the thing with Feathers - Max Porter 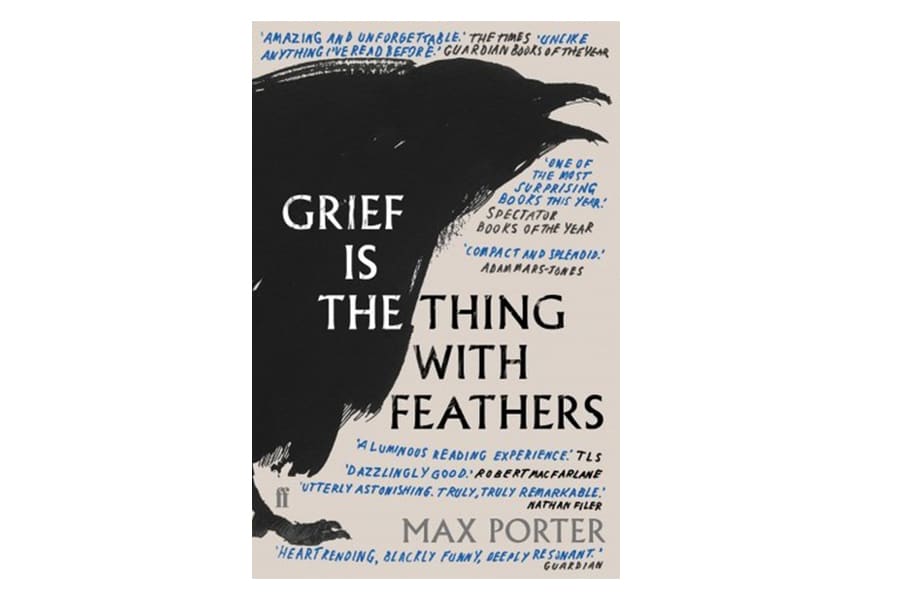 Max Porter lends his cleverness to the subject of grief with this compressed story about a father and his two sons in the wake of their mother's death. Taking the title from a beloved Emily Dickinson poem, Porter sets up the novella with Crow, the creation of the father and Ted Hughes literary scholar who promises "I won't leave until you don't need me anymore". Filled with black humour but above all, compassion it's a tale that will linger with you like the blunt pang of grief itself.

Looking for more RUSSH reading lists? Here are 30 books to read before you turn 30, our favourite self-help books, a lineup of classic cookbooks and a list of Australian literature to fuel you well into the year.