What are we chowing down on this November? It depends who you ask. Some of us have been returning to old faithful dishes for that guarantee mouthfuls of spice, acid and umami, while others have enlisted the help of broths to comfort and heal. Then there are the simple dishes that can be whipped up mid-week for one. And for those with a hankering for something sweet, find layers of inspiration below as a treat. Continue scrolling for the recipes we're loving in November 2022. 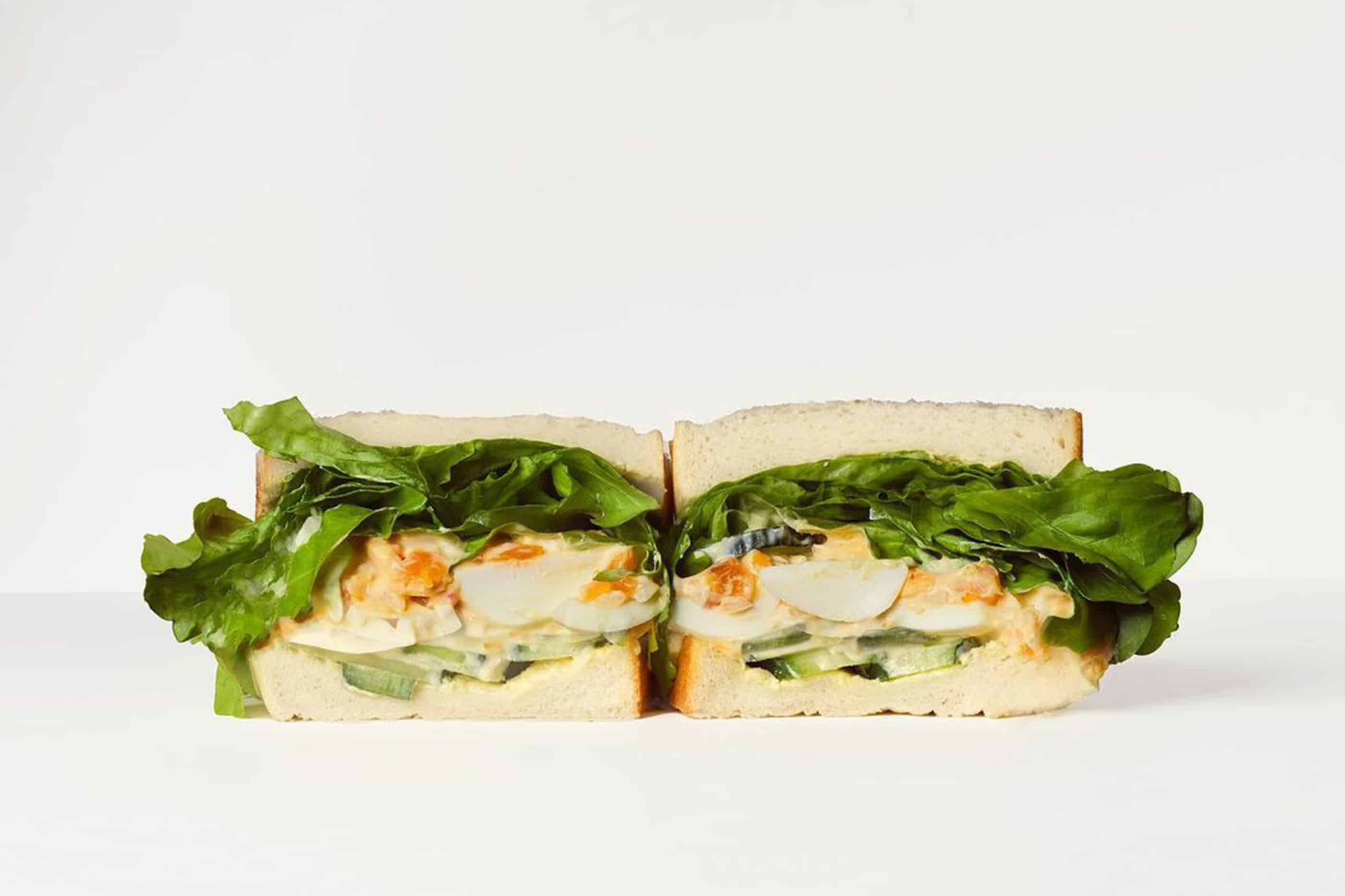 Egg sandwiches get a bad time of it. Admittedly, I wasn't so keen on the combination until this past month, a result of overeating curried egg sambos as a kid and the tendency to skip over them for the salami and ham-filled ones at any catered event. However, after flipping through the first issue of SWILL Mag, a glossy black centrefold championing the eggy rendition at Hector's Deli outposts in Melbourne ended my 20-year-long egg salad sandwich drought. For this one you'll need the softest, whitest thickly sliced bread you can find; butter lettuce, cucumber, boiled egg with the yolk at that gel stage a bit of Kewpie, a bit of white onion, white pepper and white vinegar. Slap it together and down she goes. Alternatively, make the trip to Richmond. 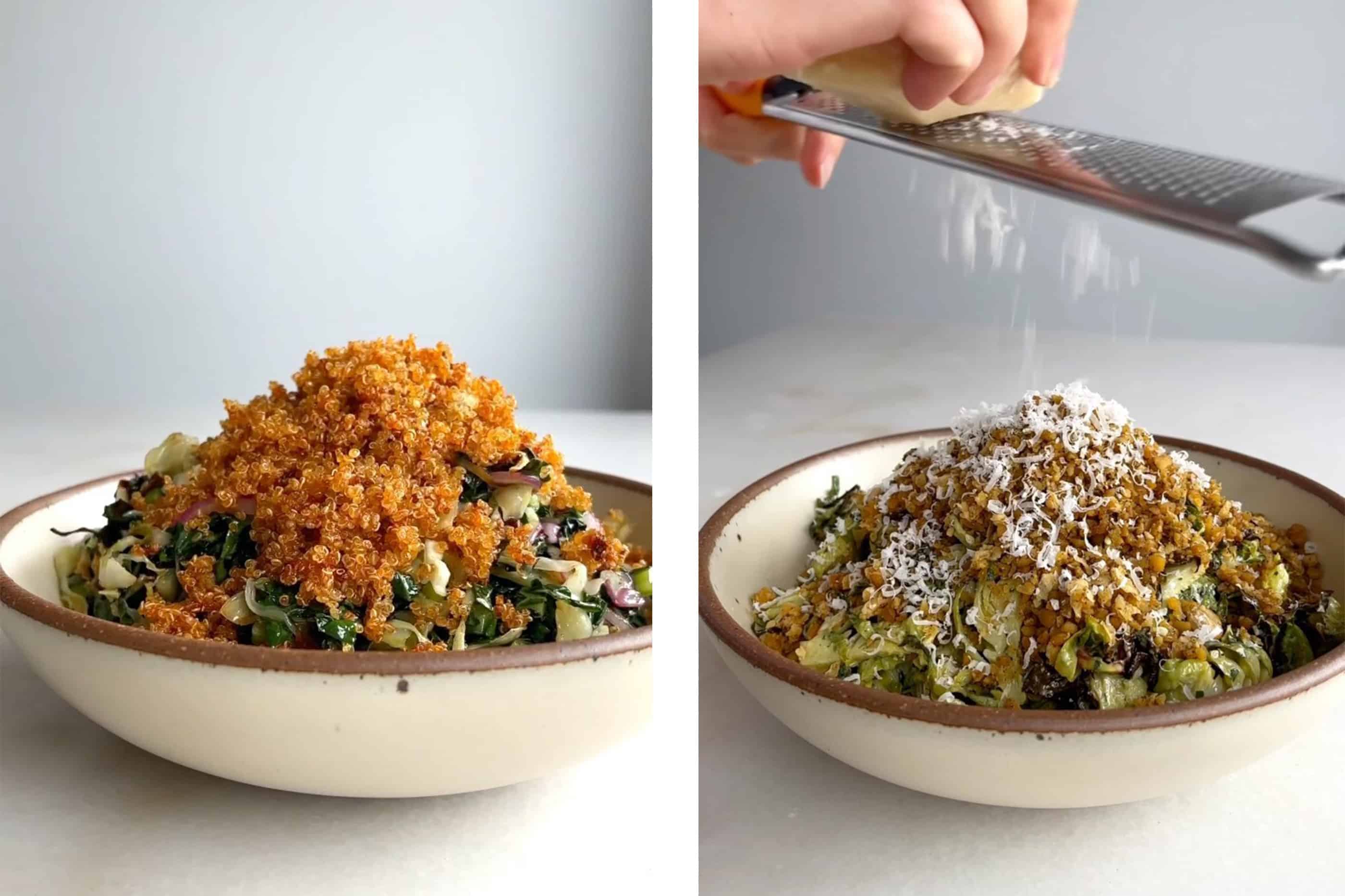 The terminally online would have clocked it by now, but as RUSSH writer Jahlia Solomon notes, the internet is in the midst of something of a brussels sprout "frenzy". As we enter summer and thus, salad season, it's probably worth adding this to your rotation of recipes and Justine Doiron's take is by far the best. "I love the three tiered crunch of this dish," Jahlia explains. "The baked chickpeas and Brussels sprouts mixed with the freshness of the Lettuce (which is an addition of mine) is the holy trinity I didn’t know I needed." 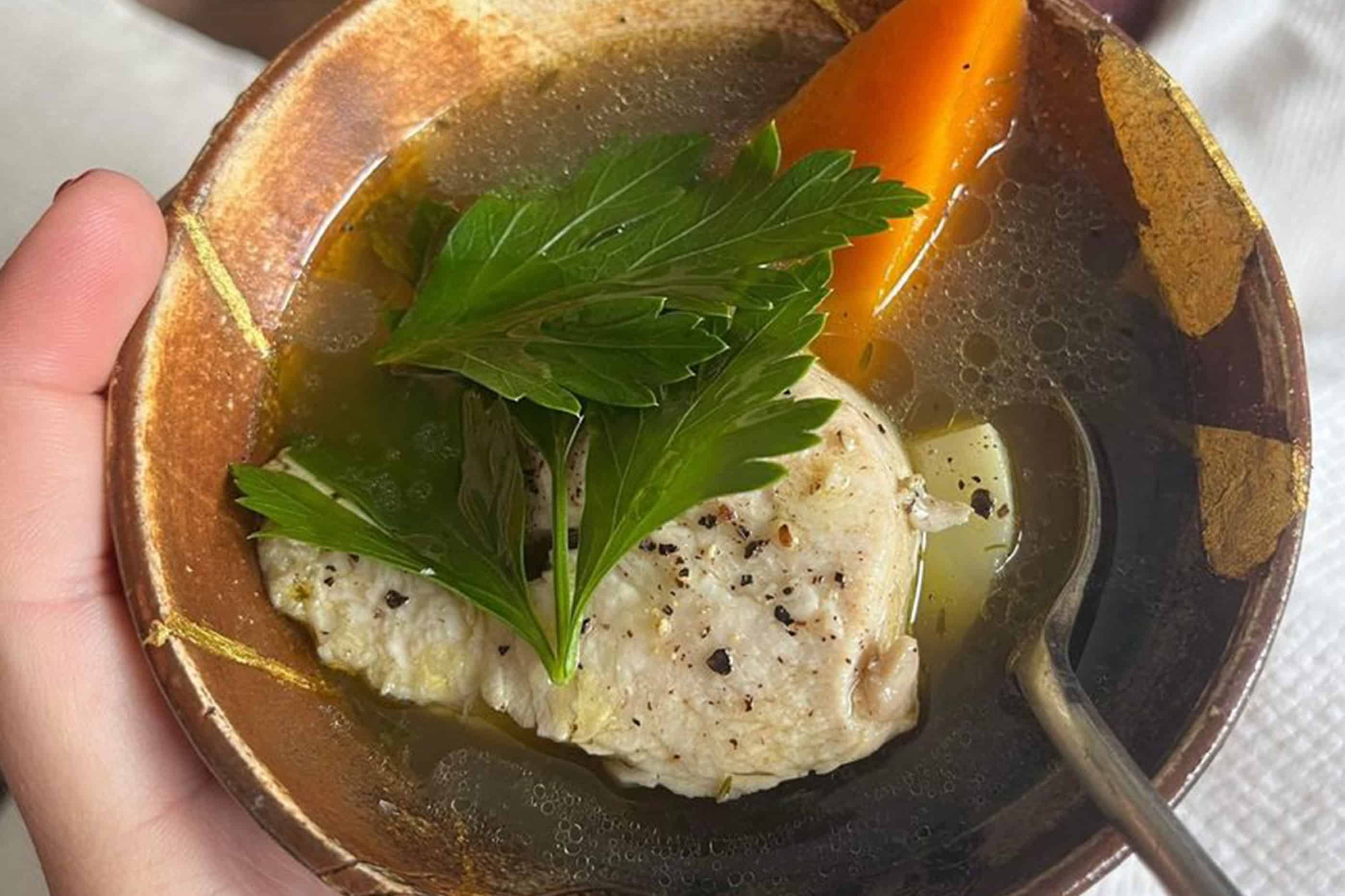 You're probably thinking winter is over, what the hell would I want chicken soup for? It's a valid point. Unfortunately, after a night out this month, my best friends and I were struck down with another round of Covid-19, because for those who have blocked out all news about the virus, Australia is currently experiencing a fourth wave. Feeling sorry for ourselves, we all sent pics to the group chat of what we were eating. Between Rasam with rice and an excess of scrambled eggs, one friend shared her boyfriend's recipe for Chicken Soup (he's a cook at Saint Peter). His involves making your own broth and gently poaching the chicken. Given we might all need it soon enough, here's a few recipes, including Ellie Bouhadana's Chicken and Matzah Ball Soup, which also hits the spot. 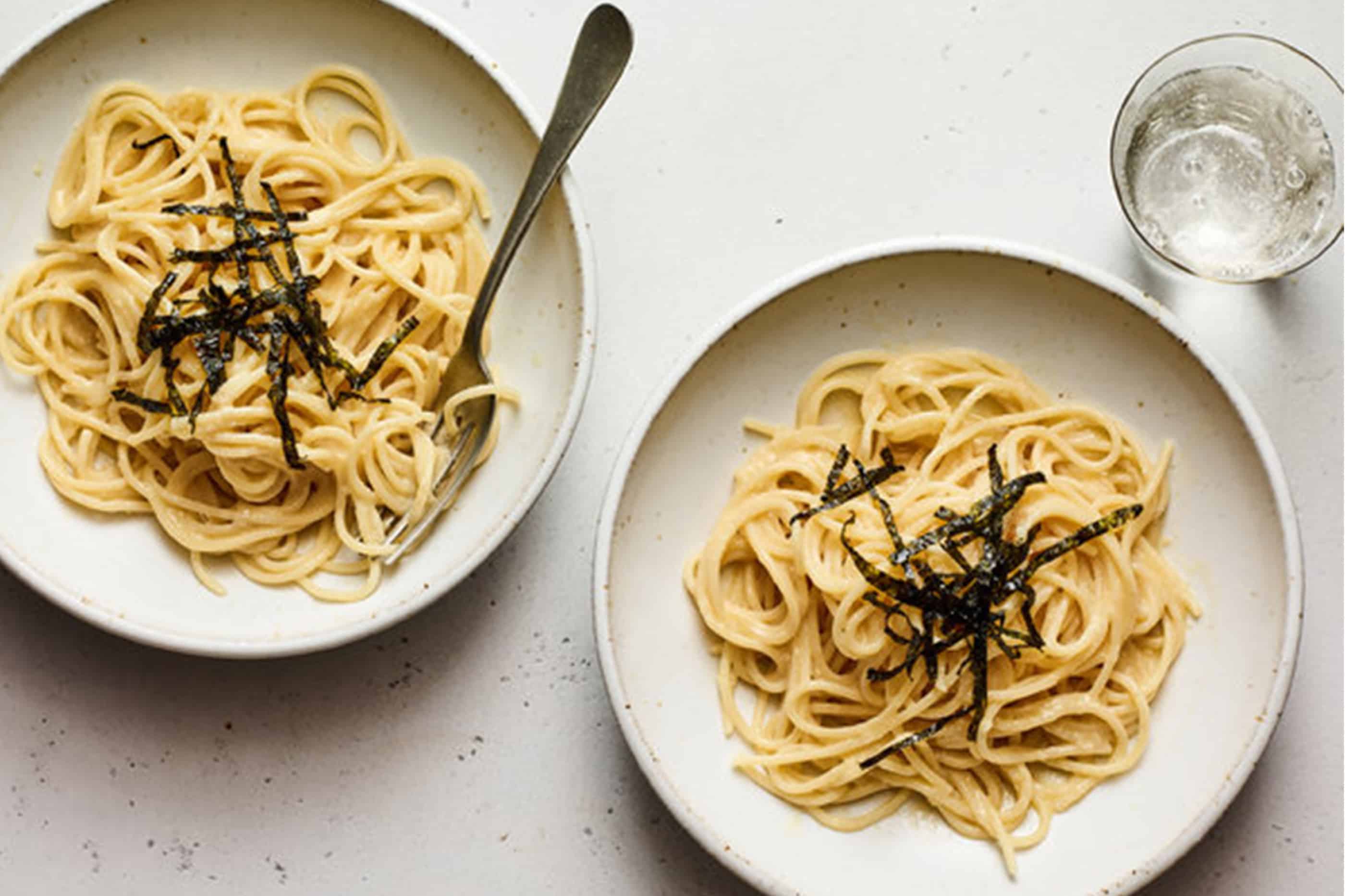 "Just like Mac and Cheese for adults," Jahlia says. This straightforward creamy miso pasta is another recipe she's been loving this month and "the miso adds in some nuance to the sauce which is tangy and delicious". Perfect mid-week when you're cooking for a party of one, also works when you've got many mouths to feed. "People seem very impressed by the sound of it even though it’s very quick and easy to make." 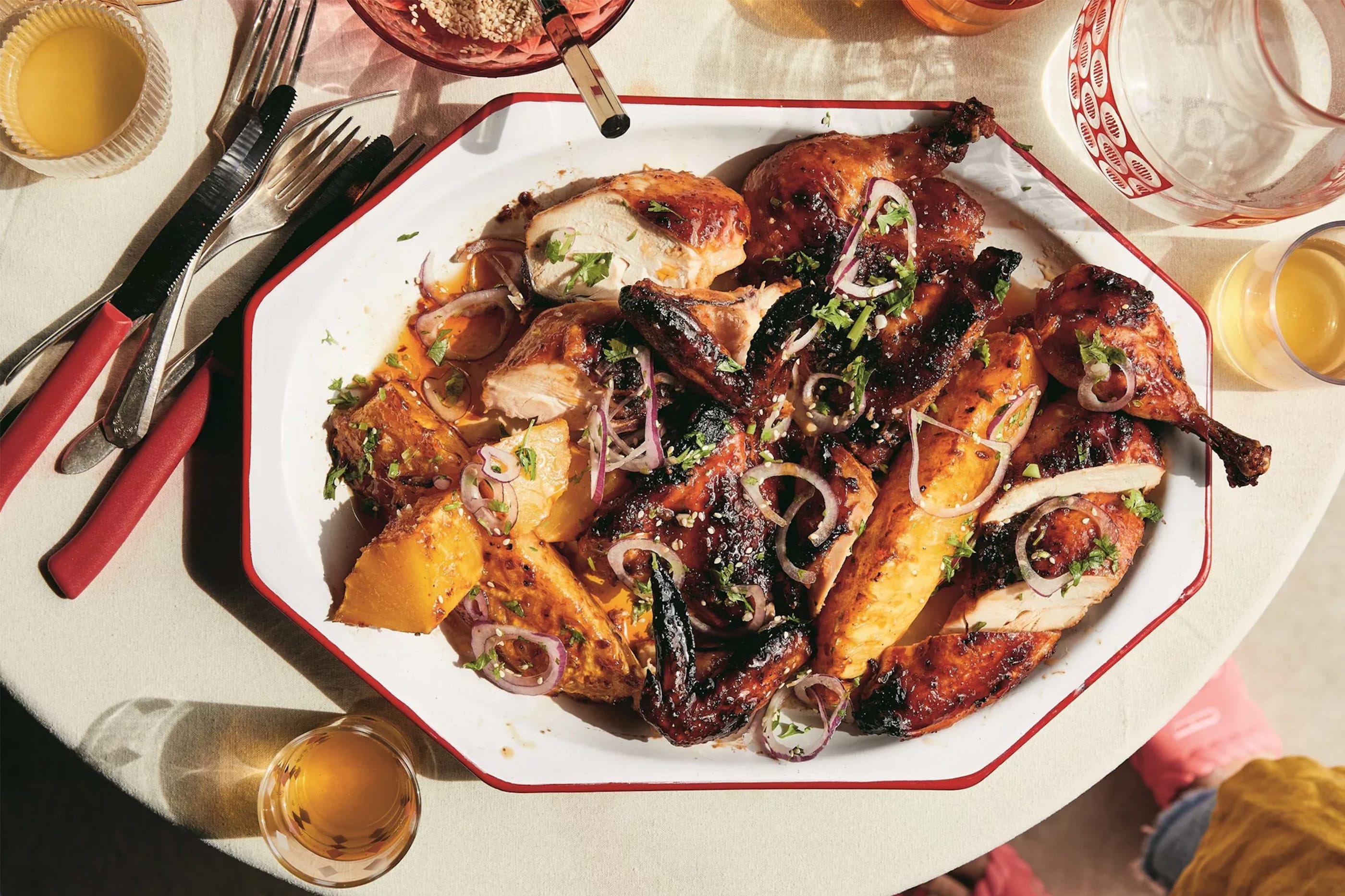 Somehow I ended up at an Aperitivo hour last weekend, and saw that my colleague, fashion and brand features editor Ella O'Keeffe, had the same idea. It was late afternoon and with my mind on my stomach, "what's for dinner?" came out. Turns out it was this spicy chicken situation; "It's an Alison Roman recipe, but she doesn't really miss so..." Fragrant, spicy and with all the right acid and sweetness from the spears of pineapple, it's spring chicken all grown up having returned from its gap year. Bonus points for how easy it is to slap together. 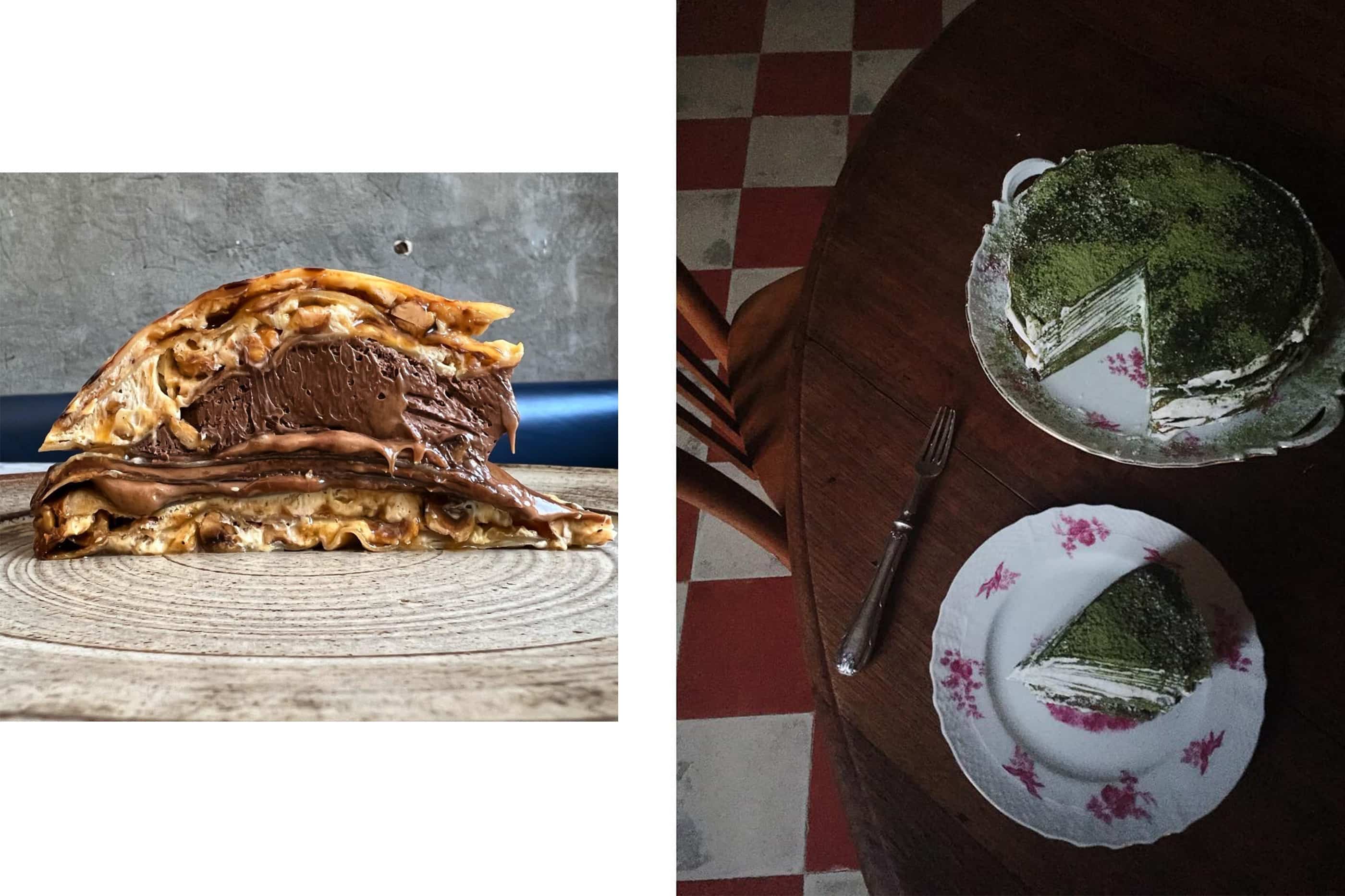 Ester had this hazelnut crepe cake on its menu a while back, and although I'm no dessert fiend by any means, it's been hanging over my head all month long. Lord knows I'll never be able to recreate it, which sent me on the hunt for something in the same realm but with a recipe attached. Mimi Thorisson's matcha iteration scratches that itch, while also being a breeze to cook and assemble – albeit a little time consuming. Enjoy in the morning and return to it gradually throughout the day.

PREVIOUS
Will we be getting Menstrual and Menopause leave?
NEXT
Arm-banned: What's happening with FIFA and OneLove at the World Cup?